Add an Event
Newswire
Calendar
Features
Home
Donate
From the Open-Publishing Calendar
From the Open-Publishing Newswire
Indybay Feature
Publish to Newswire
Add an Event
Related Categories: San Francisco | Womyn
BAACORE Calls “To Unite to Fight the Right Wing” on Jan. 24
by M.
Saturday Jan 17th, 2009 8:49 PM
On Jan. 24, an anti-abortion and anti-gay march will take place in San-Francisco. Although forced to declare bankruptcy in many of it churches for ruining the lives of hundreds of kids, the Catholic Church has managed to find the allocation and resources to organize more then 10.000 people to march against women’s rights. The Bay Area Coalition for Reproduction Rights is calling on human rights supporters to come out and protest this so-called “march for life”.
In recent years, with the blessing of the Catholic Church, two discriminatory acts were passed that limit the rights of humans, the “Conscience Rule” and the passage of Prop 8. The “Conscience Rule”, allow healthcare providers to refuse to fill a birth control prescription for ‘moral’ reasons. Responding to this, BACORR co-chair, Gemma Mirkinson, with the Philippine-US women Gabriella Network asks “What’s next: refusing service to people with AIDS, or immigrants or transgender folks? This is nothing but bigotry sanctioned by the highest office of the land and applauded by the people who will trek through our city January 24.”
BAACORE and its allies have played a major role in the past in combating anti-abortion forces and fighting for human rights. This year the group has also called attention to the ICE raids against immigrant communities. Anita O’Shea, BAACORE spokesperson writes “The ‘Walk for Life’ is part of a multi-pronged rightwing movement that includes bigots in suits as well as armed, vigilante Minutemen, clinic bombers, and gay bashers…..We must stop the blame game against women, immigrants and queers before the ultra-right gains momentum.”
BAACORE is calling on all people who oppose this climate of hate to come out on January 24 to the “Unite to Fight the Right Wing” event. The event will begin with a rally at San Francisco’s Music Concourse (Embarcadero and Market Sts.) at 10:30am. 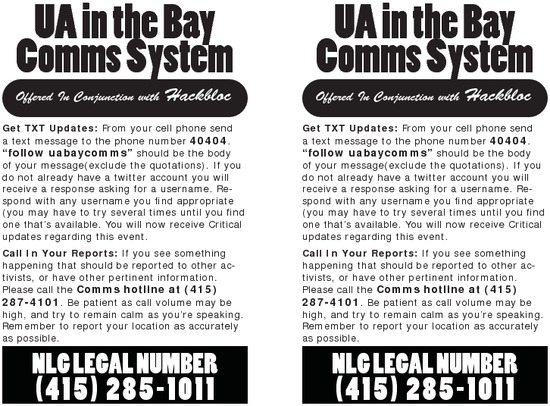