Add an Event
Newswire
Calendar
Features
Home
Donate
From the Open-Publishing Calendar
From the Open-Publishing Newswire
Indybay Feature
Publish to Newswire
Add an Event
Related Categories: East Bay | Police State & Prisons
Street Action After Rally and March for Oscar Grant, Oakland, 1/14/09: photos
by dave id
Thursday Jan 15th, 2009 5:23 AM
A crowd of roughly 50 people gathered in the area of 14th and Broadway about 8pm. Riot cops pushed the crowd toward 12th Street. Someone broke the glass in a bus stop and about six Wells Fargo windows at 12th and Broadway, then the cops fired tear gas into the crowd. That group split up into several. The largest splinter headed north on 12th and through City Center shopping area breaking windows of corporate businesses and several cars. That group of about 20-30 then started to head up MLK. 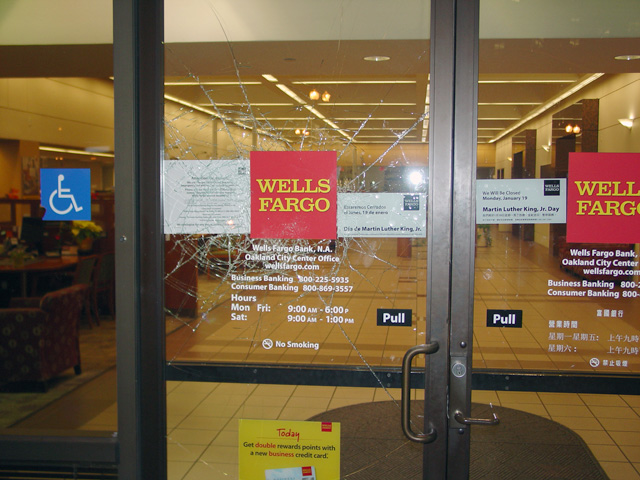 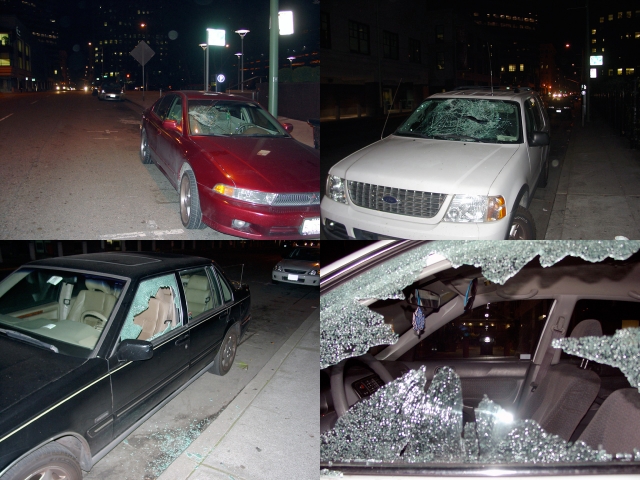 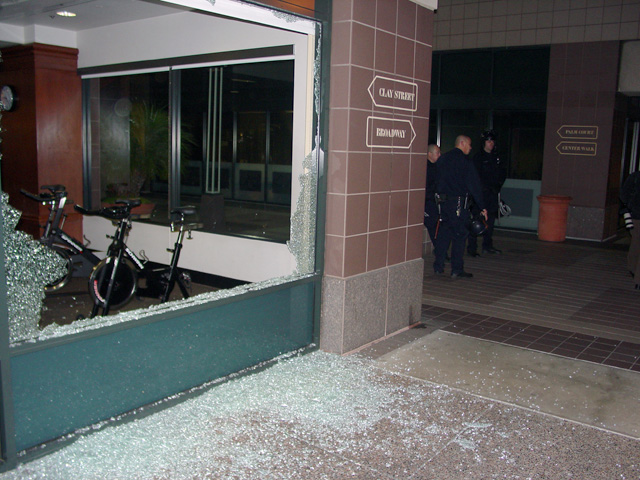 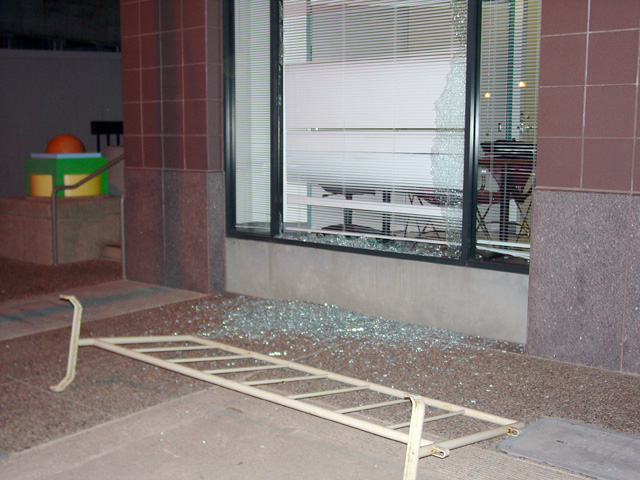 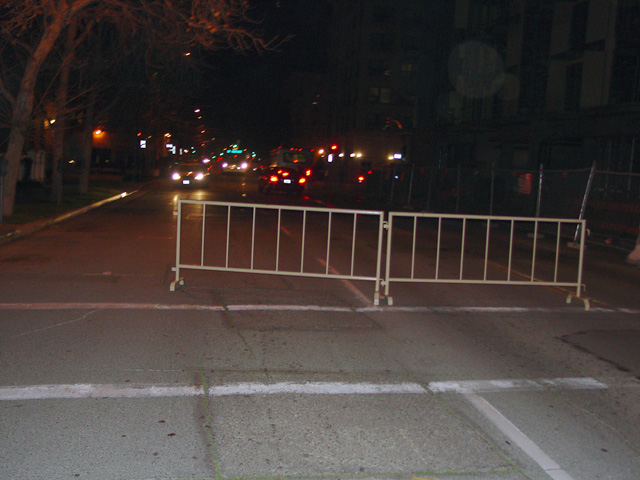 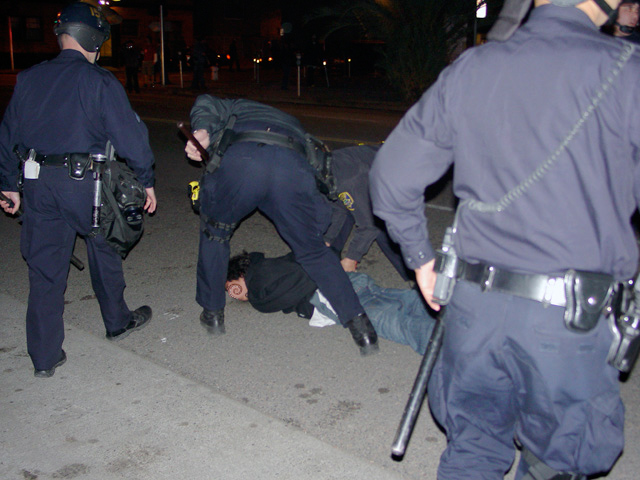 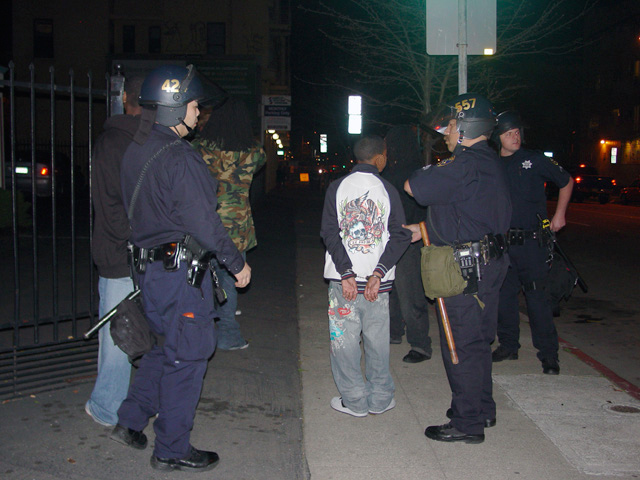 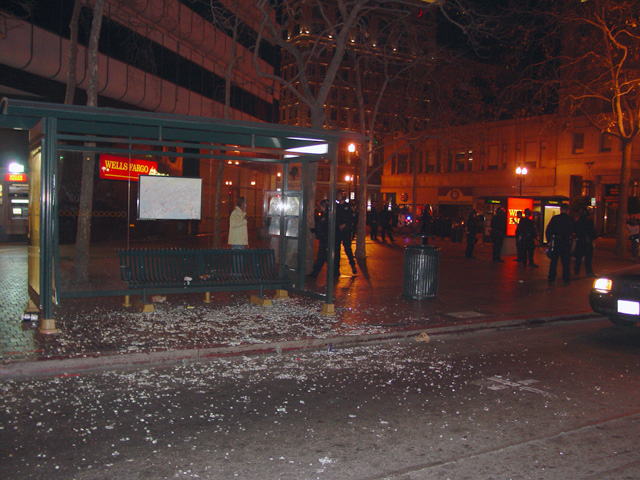 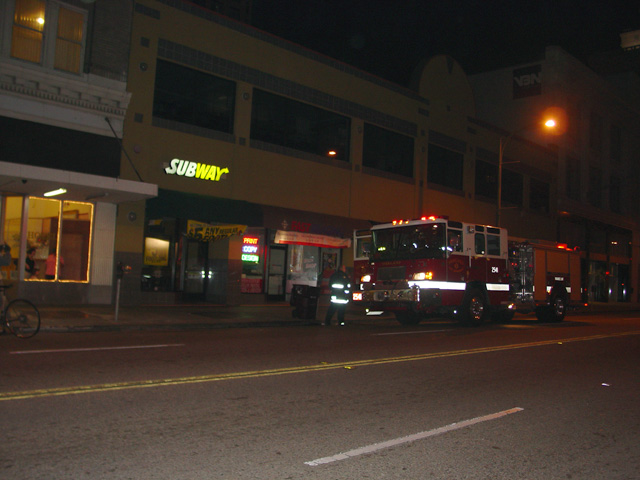 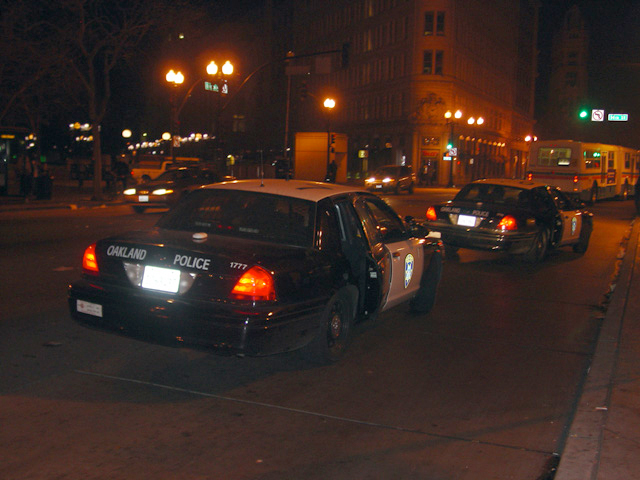 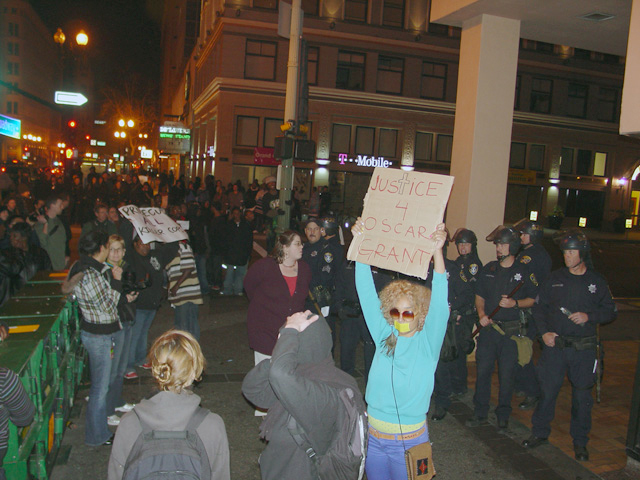 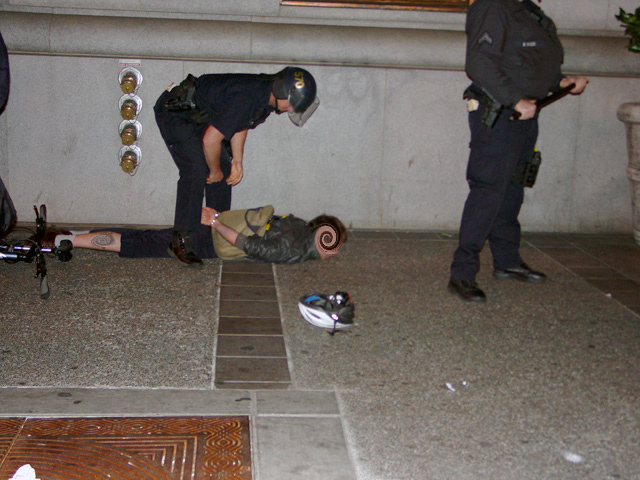 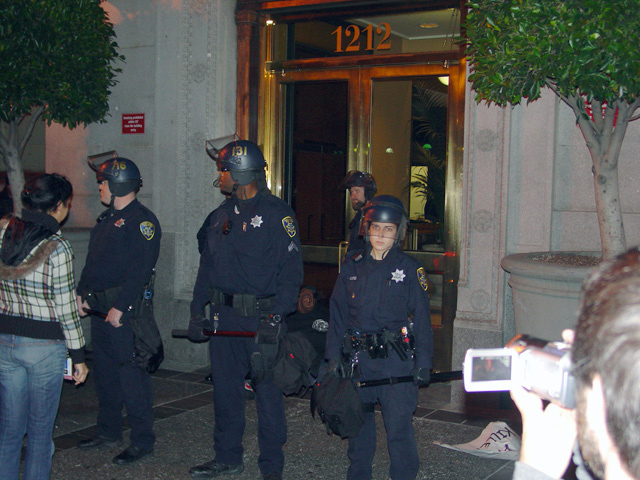 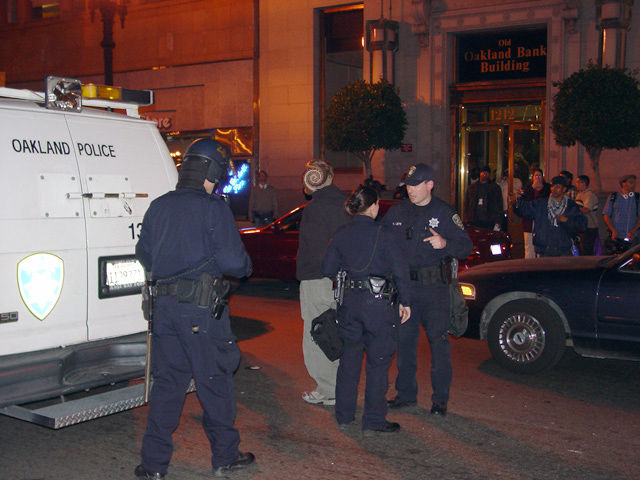 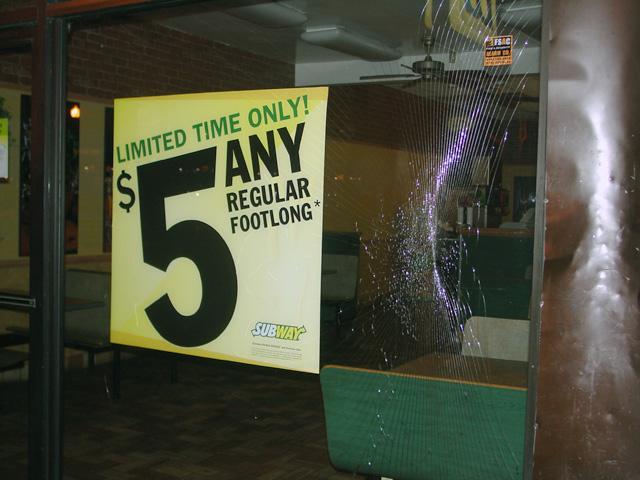 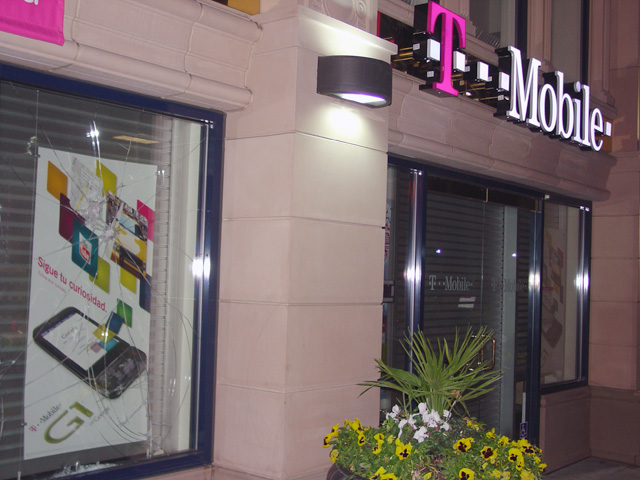 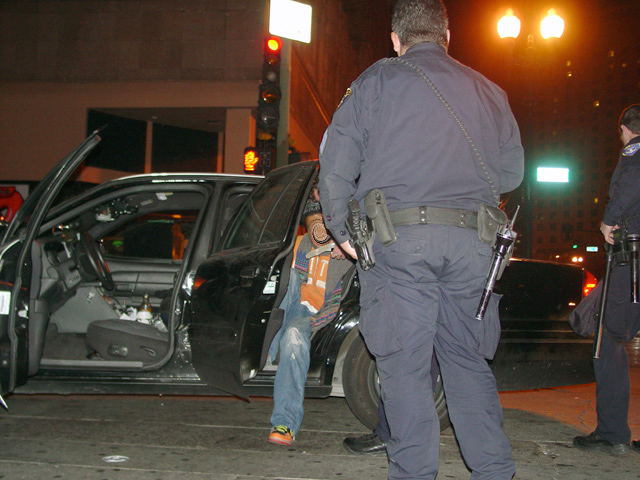 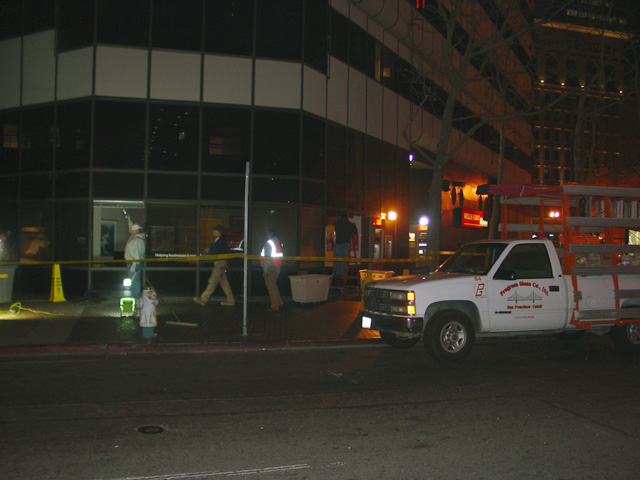 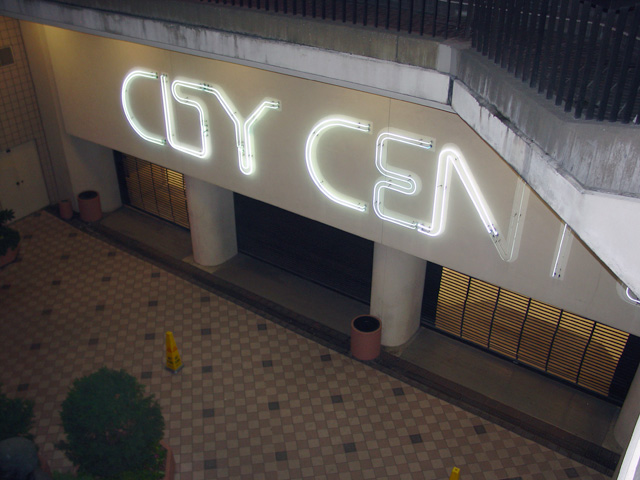 http://www.indybay.org/newsitems/2009/01/1...
Add Your Comments
LATEST COMMENTS ABOUT THIS ARTICLE
Listed below are the latest comments about this post.
These comments are submitted anonymously by website visitors.