Add an Event
Newswire
Calendar
Features
Home
Donate
From the Open-Publishing Calendar
From the Open-Publishing Newswire
Indybay Feature
Publish to Newswire
Add an Event
Related Categories: Palestine | San Francisco | Anti-War
Jews say end the massacre and siege of Gaza
by Mara
Sunday Jan 11th, 2009 3:04 PM
Jews speak out against the massacre and seige of Gaza - 40 members of Jewish Voice for Peace carry their banner and signs in the Sf protest and speak from the stage 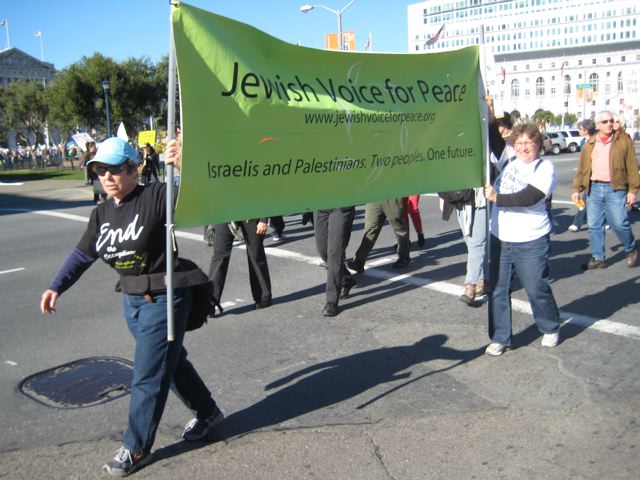 News reports in the mainstream press usually characterize protesters of Israel's occupation and military attacks in Palestine as "pro-Palestinian", as opposed to protestors from the Voice of Israel faction whom they call "pro-Israel".
As Jews, we love the Jewish justice tradition of the prophets, rabbis, and revolutionaries of European and American tradition (such as Emma Goldman) who promoted a just world and fought against injustice.
We abhor what is being done to the Palestinian people, in our name.
We thought "Never Again" meant Never Again to *any* people.

It is not only to protect the Palestinian people, but also the Israeli people and their presence in that part of Palestine which has become their home (for better or worse), their safety and security in Israel and the security of Jews throughout the world, that we say end the Gaza attack, end the illegal and immoral 41 year occupation of lands acknowledged as Palestinian.

That is the only real security for both Israelis and Palestinians. 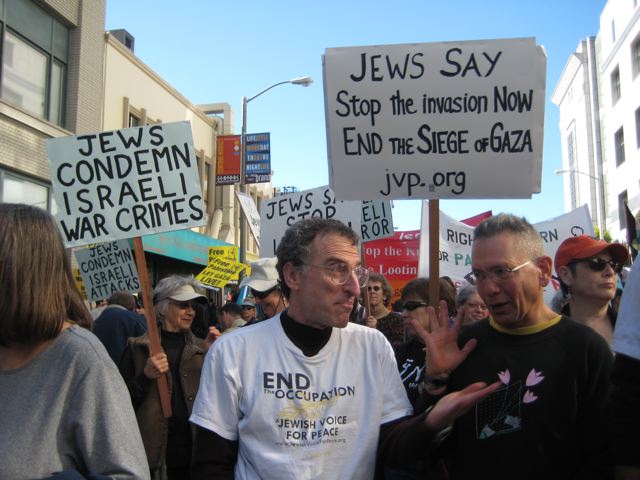 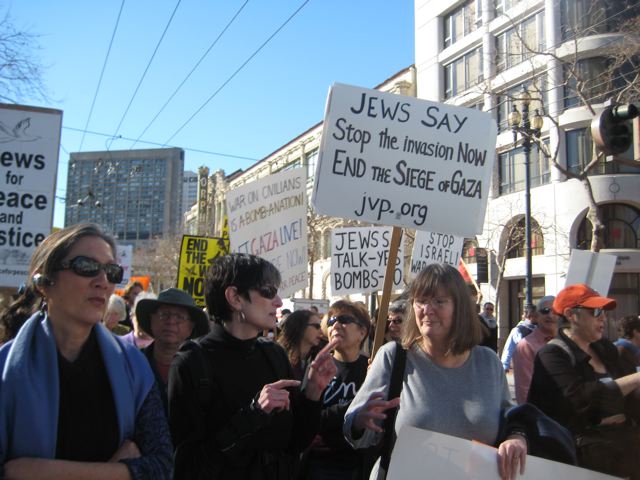 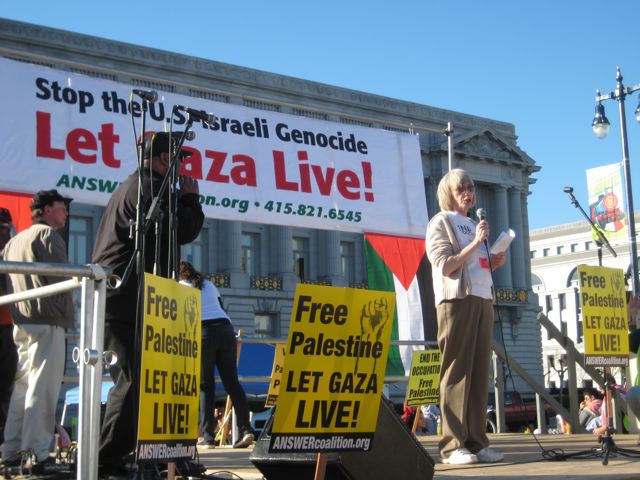 §Denver has poor pro-con ratio
by Denver
Sunday Jan 11th, 2009 4:30 PM
In Denver, there was a gaza rally, which had a remarkably high turnout, given the way people stayed away from many events during the DNC. 1000 were on the Gaza side, but an awfully high number were on the Israel government side-3000. Perhaps many of the supporters were leviticus literalist christians.

There was a large protest of about 4,000 people at the State Capitol.

People for Israel's Right to Self Defense say America should do more to curb the violence from Hamas.

There were 3,000 pro-Israel supporters are on the west steps of the State Capitol. Across the street there were 1,000 pro-Palestinian supporters. They say Israel is killing innocent men, women and children.
Add a Comment
Support Independent Media
We are 100% volunteer and depend on your participation to sustain our efforts!