Add an Event
Newswire
Calendar
Features
Home
Donate
From the Open-Publishing Calendar
From the Open-Publishing Newswire
Indybay Feature
Publish to Newswire
Add an Event
Related Categories: Palestine | San Francisco | Anti-War
Thousands Rally in SF for Gaza
by Jeff Paterson, Courage to Resist (jeff [at] paterson.net)
Saturday Jan 10th, 2009 5:15 PM
Thousands of protesters marched through downtown San Francisco today demanding "Let Gaza Live!" More then 800 people have died and thousands have been wounded in Israel's attacks on Gaza. Less than ten Israelis have been killed. 1.6 million Gazans are living without access to basic services and face constant Israeli attacks in one of the most densely populated areas of the world. 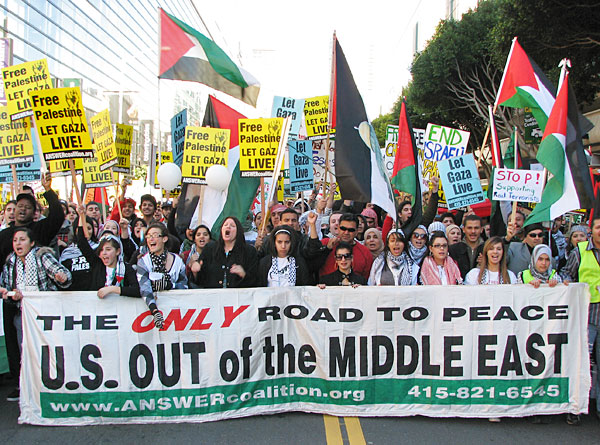 We are U.S. military servicemembers and veterans who have refused or are currently refusing to fight in Iraq and Afghanistan.

We stand in solidarity with the Israeli Shministim (Hebrew for "12th graders") who are also resisting military service. About 100 Israeli high school students have signed an open letter declaring their refusal to serve in the Israeli army and their opposition to "Israeli occupation and oppression policy in the occupied territories and the territories of Israel." In Israel, military service is mandatory for all graduating high school seniors, and resisters face the possibility of years in prison... 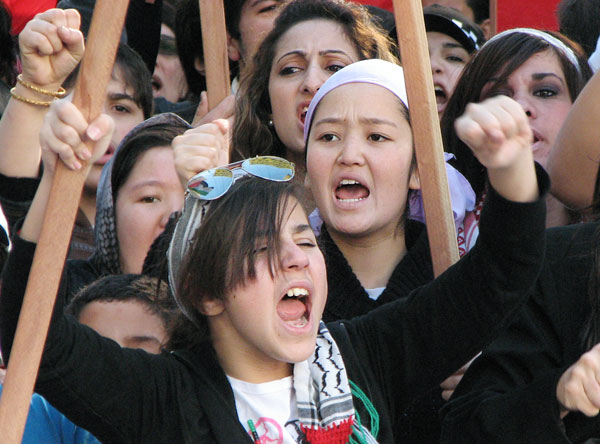 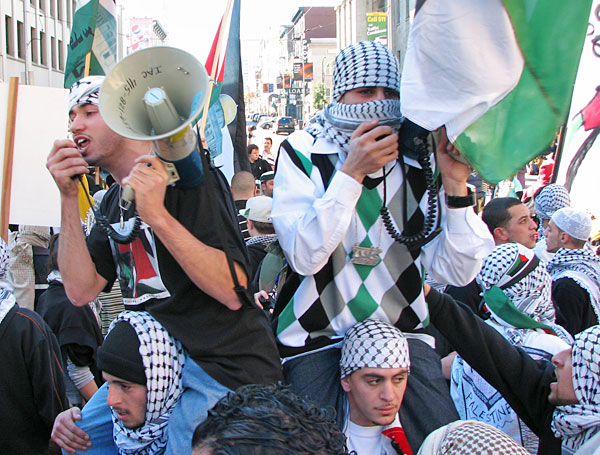 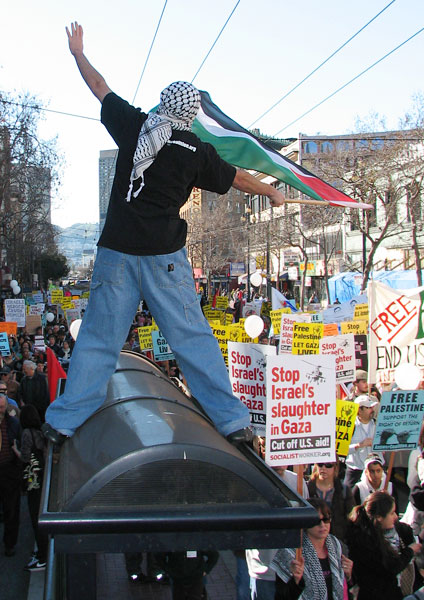 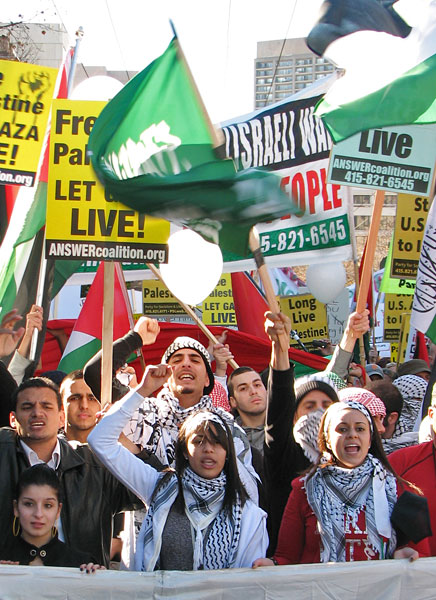 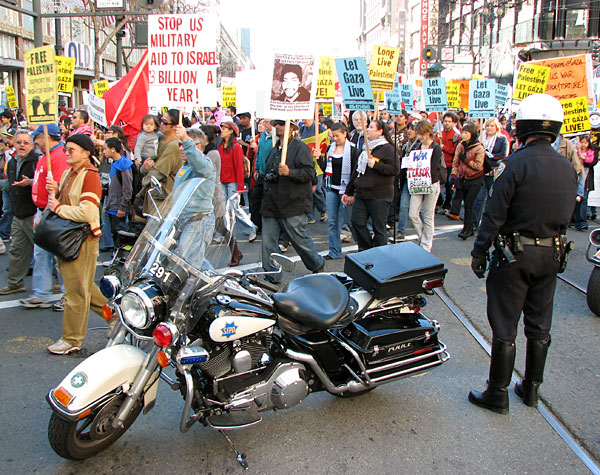 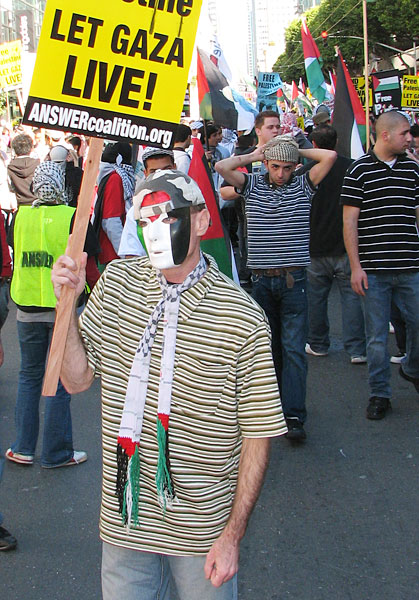 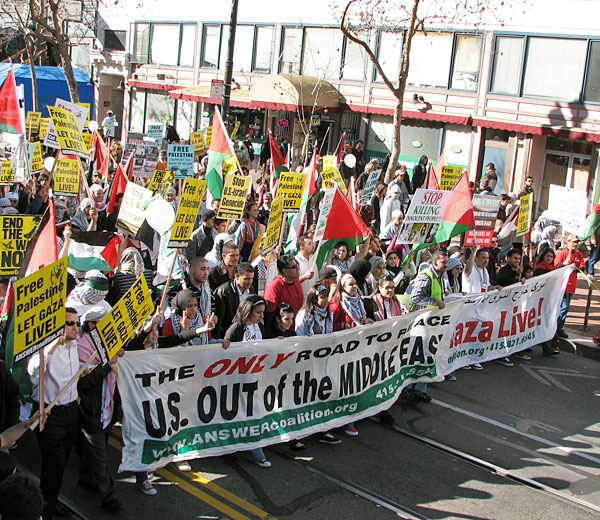 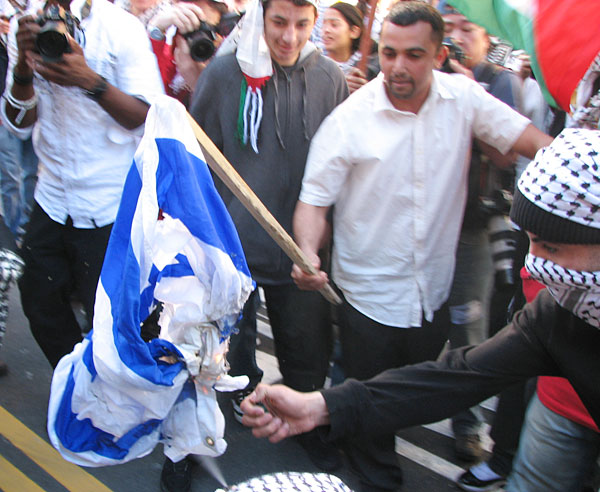 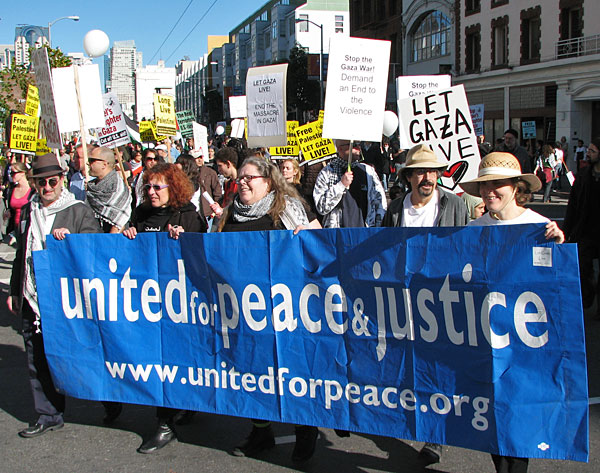 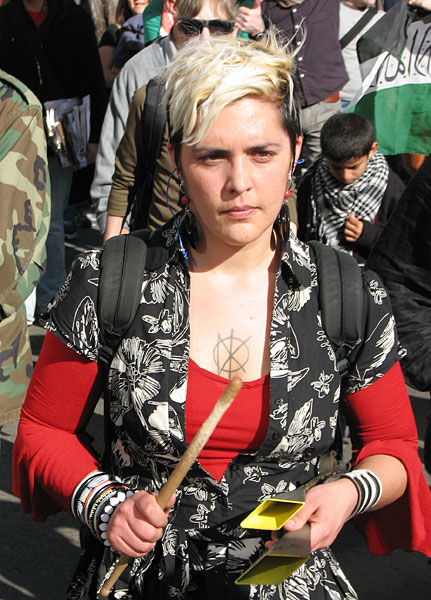 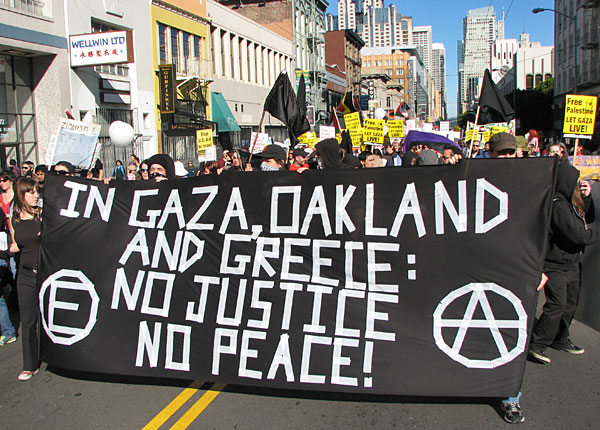 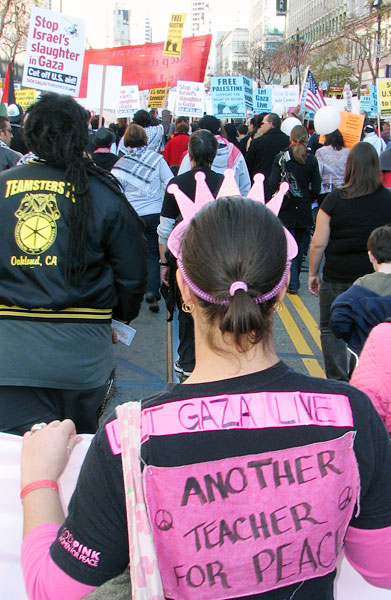 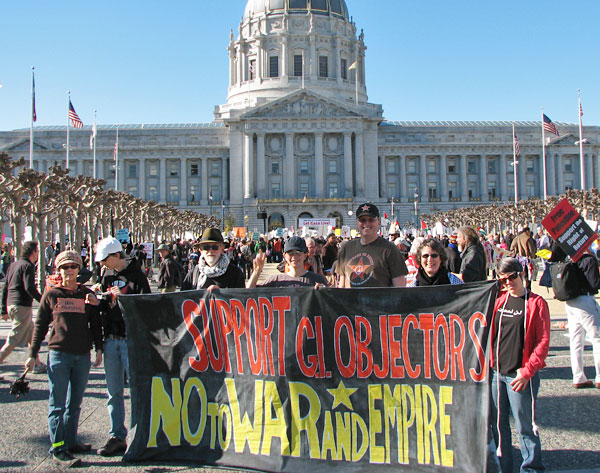 §A boycott of Israel and refusal to pay for war would be more effective than demonstrating
by Maya
Saturday Jan 10th, 2009 6:42 PM
Nice pics Jeff!

I have a comment about demonstrations though. Though I came and marched and it was good to be there among friends and show solidarity with the Palestinian people, I don't feel that demonstrations do a lot of good except make us feel better. Channel 7 local news said that the demonstration was a few hundred, maybe a thousand at its height. When they ignore you and minimize your voice you have to look for alternative, more constructive ways to protests, and this is why I think we need to have a major call for an Israeli boycott like Naomi Klein called for today. see http://www.guardian.co.uk/commentisfree/2009/jan/10/naomi-klein-boycott-israel

Not paying your federal taxes is another option. If you pay your money is going to directly kill innocent civilians, and because of this, you an accomplice to a crime so stop financing the murder of innocents. They will take much more notice if we all did that.
Add a Comment
Support Independent Media
We are 100% volunteer and depend on your participation to sustain our efforts!