Add an Event
Newswire
Calendar
Features
Home
Donate
From the Open-Publishing Calendar
From the Open-Publishing Newswire
Indybay Feature
Publish to Newswire
Add an Event
Related Categories: Palestine | San Francisco | Anti-War
More Photos from January 10th Gaza Protest In San Francisco
by Z
Saturday Jan 10th, 2009 4:03 PM
Several thousand people rallied in Civic Center plaza today to show their solidarity with the people of Gaza. Latest news reports are that over 800 Palestinians have been killed in the last few weeks of the Israeli assault and Israel warned today it plans to escalate the killing despite a UN call for a ceasefire. Bush has gone out of his way to delay a ceasefire. Democrats do not appear as if they will be any better, with almost all of the US House and Senate voting to show solidarity with Israel despite one hundred time as many Israelis as Palestinians having been killed in the past week. While leaders of the UN, the Red Cross and even the Vatican have called Isreal's actions war crimes, US support is apparently enough to allow Israel to continue killing Palestinians without consequences. 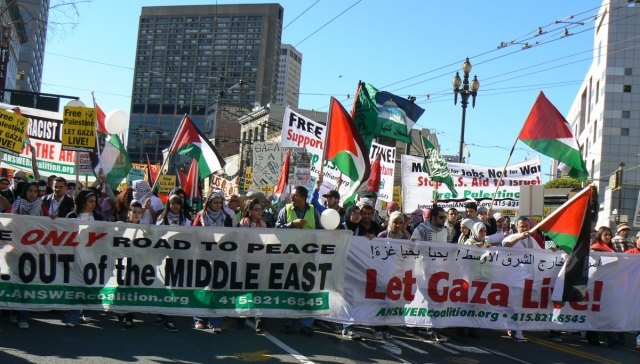 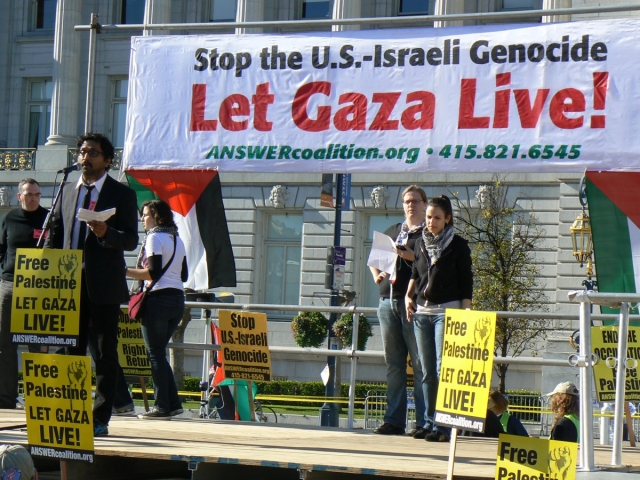 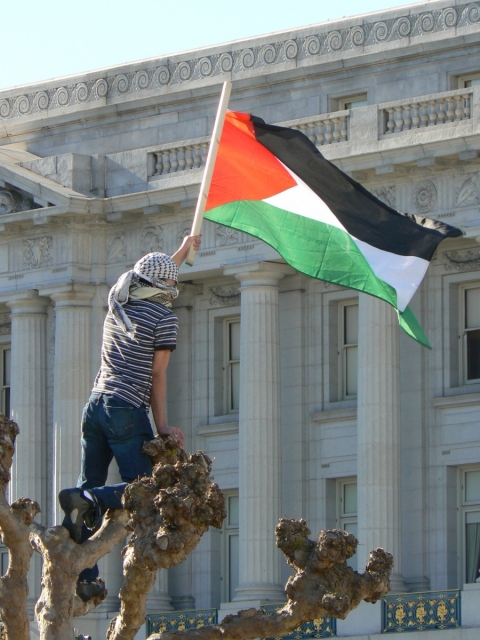 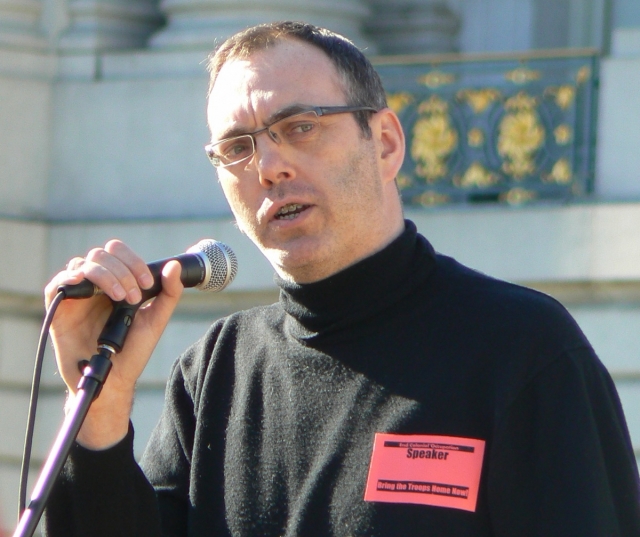 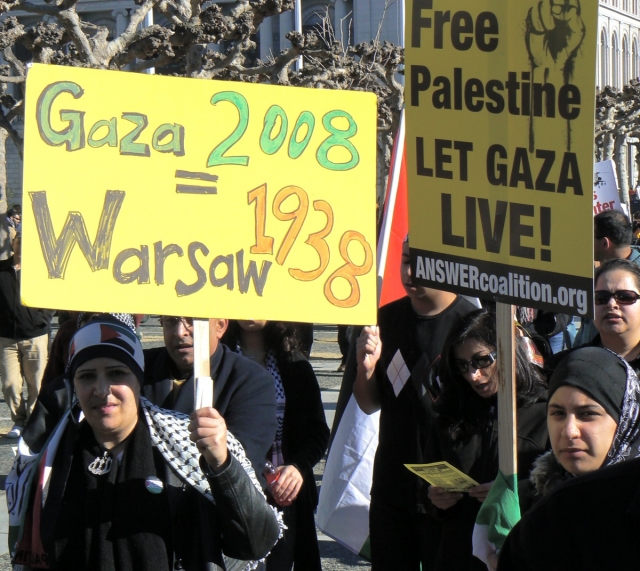 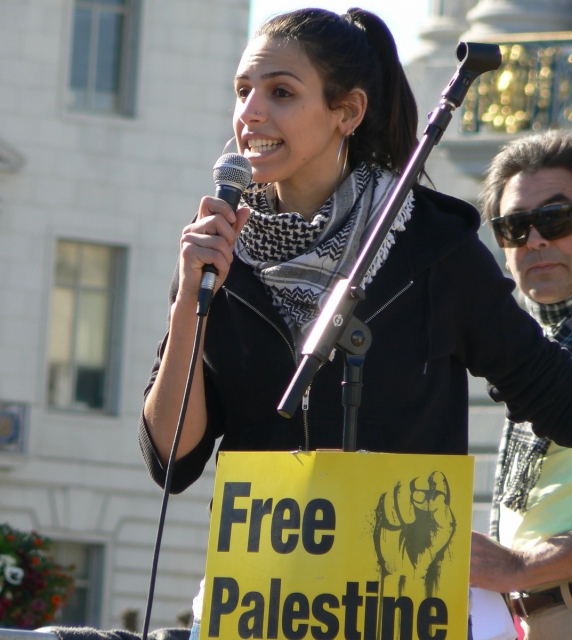 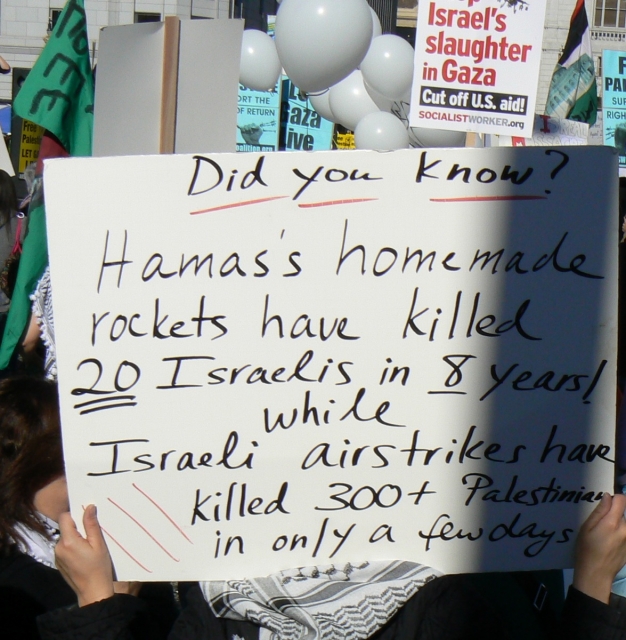 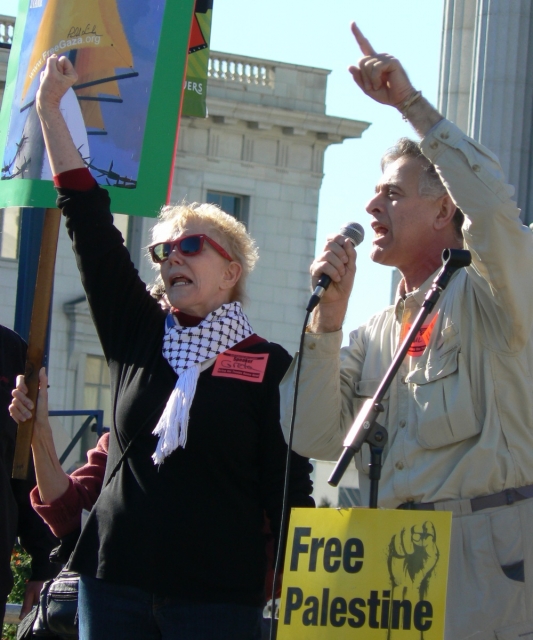 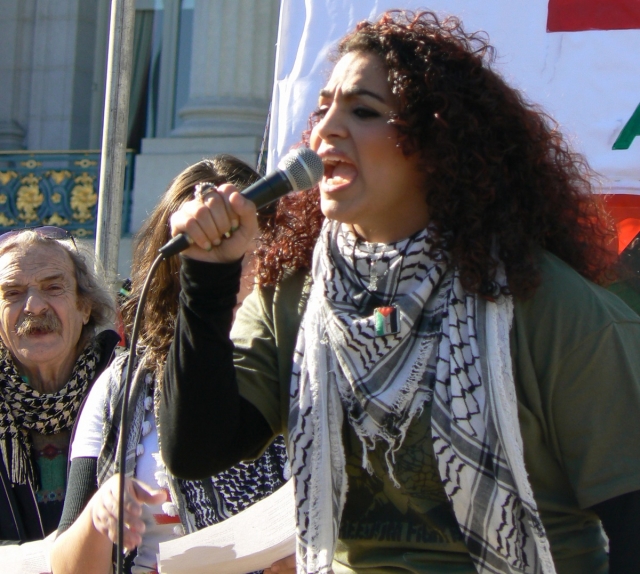 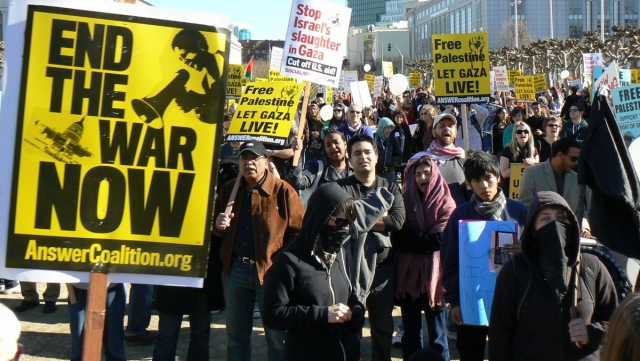 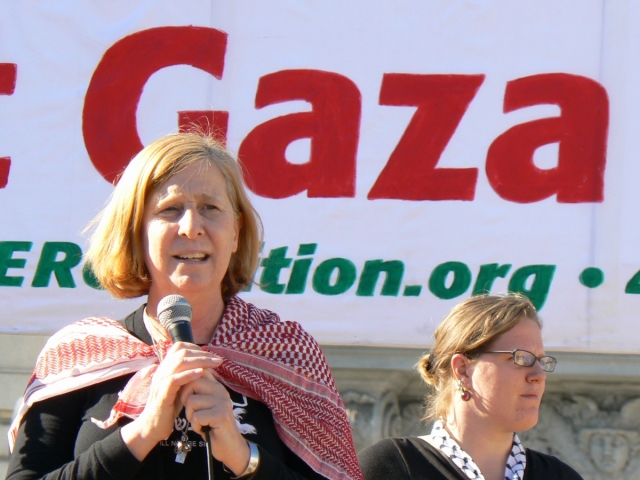 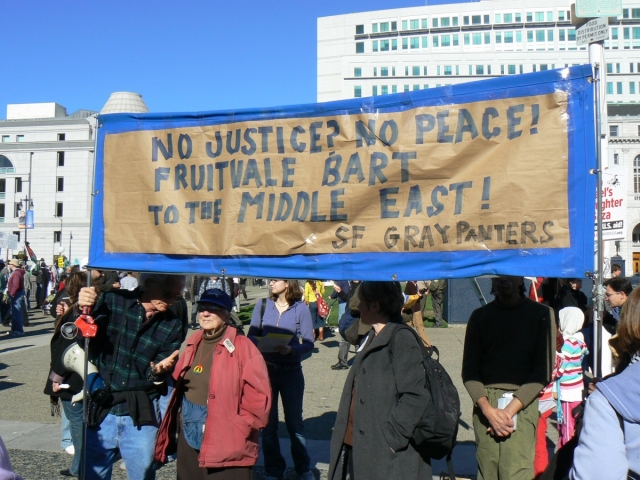 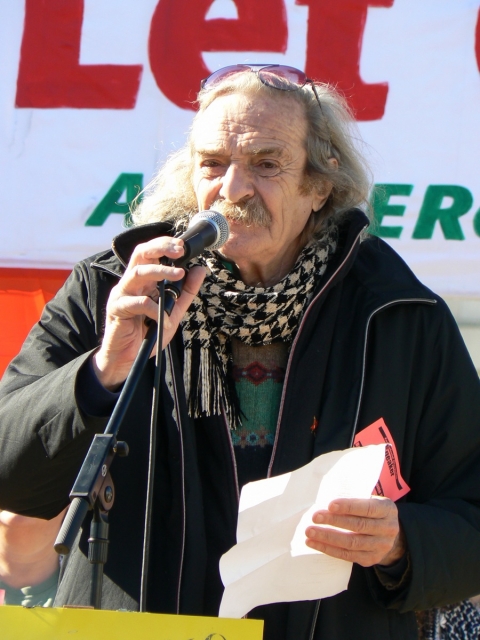 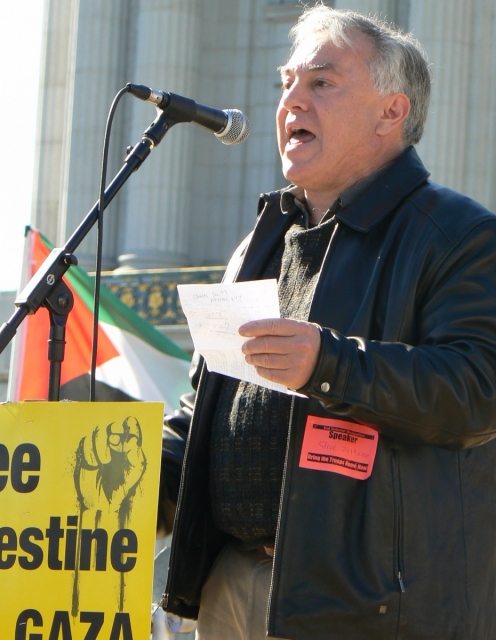 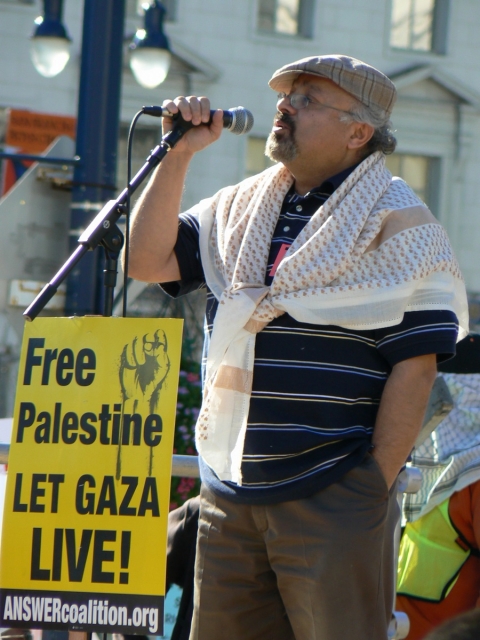 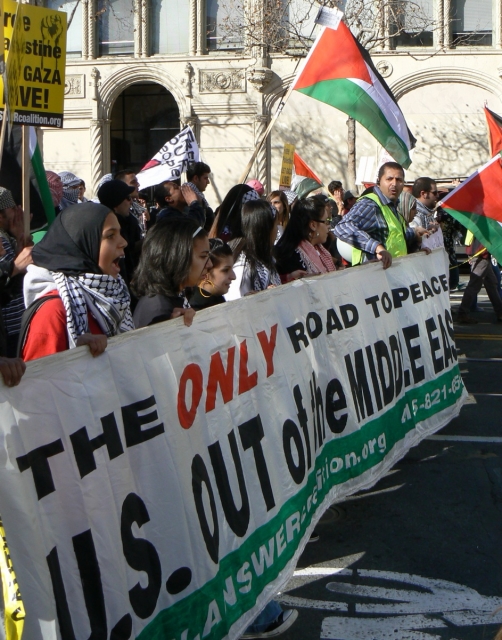 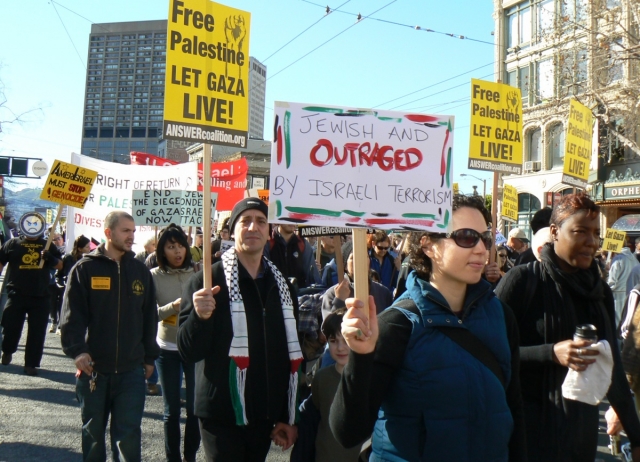 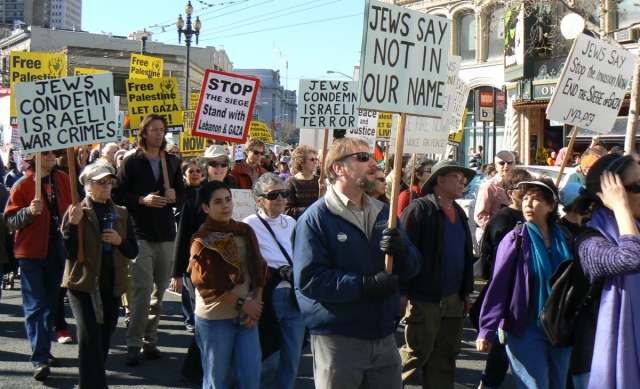 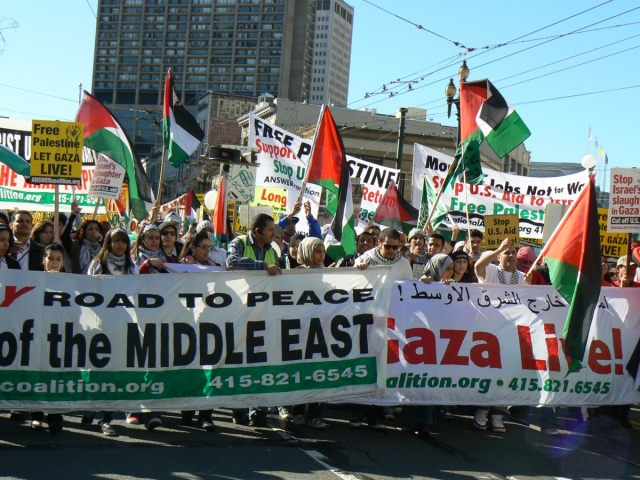 original image (1200x900)
Add Your Comments
Support Independent Media
We are 100% volunteer and depend on your participation to sustain our efforts!