Add an Event
Newswire
Calendar
Features
Home
Donate
From the Open-Publishing Calendar
From the Open-Publishing Newswire
Indybay Feature
Publish to Newswire
Add an Event
Related Categories: Palestine | San Francisco
Free Gaza!!! Marching to and blocking the Federal Building-Mon Jan 5. part 2
by MC
Tuesday Jan 6th, 2009 7:14 PM
On Monday Jan. the 5th, hundreds took to the streets to protest Israel’s brutal occupation and massacre in Gaza. The march began at Market and Montgomery where at nine people took the intersection and blocked all traffic. From there, the march proceeded to the federal building where activists demanded to meet with Diane Feinstein. Other demonstrators blocked the doors to the building (first the front then the back) and did allow free movement to people who were trying to get in or out of the federal building. The action ended at about 1pm, no one was arrested. 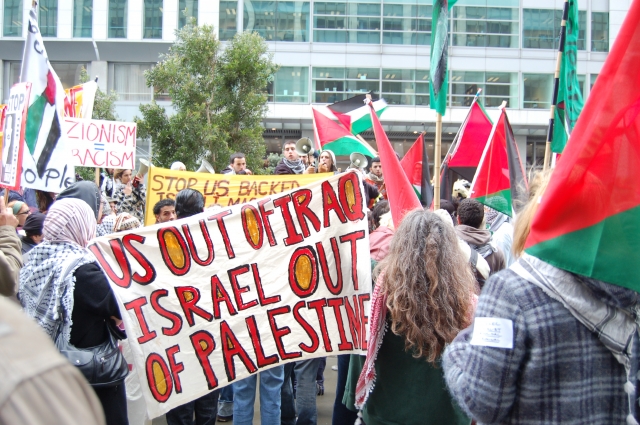 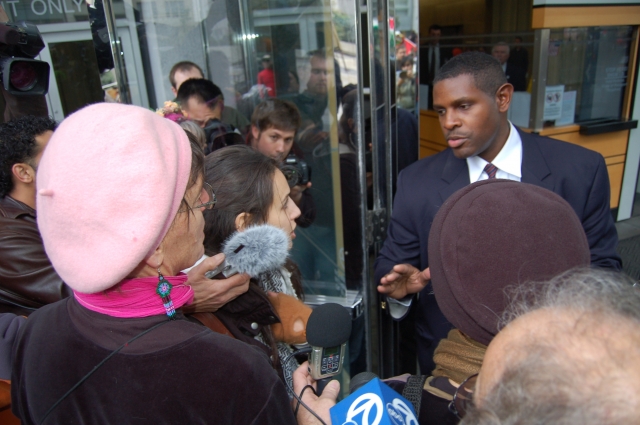 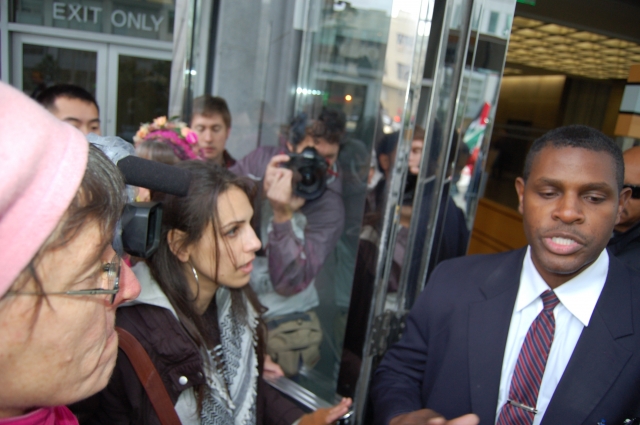 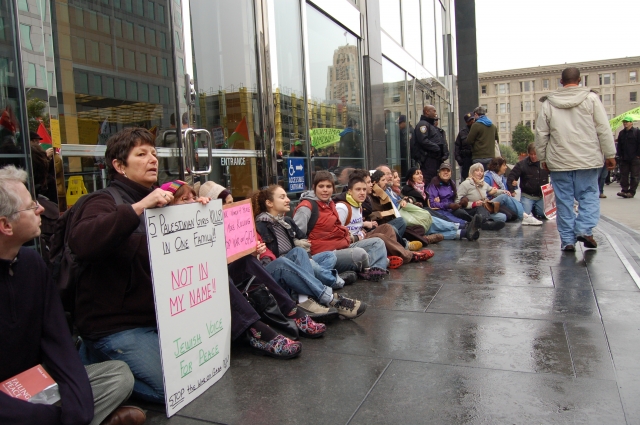 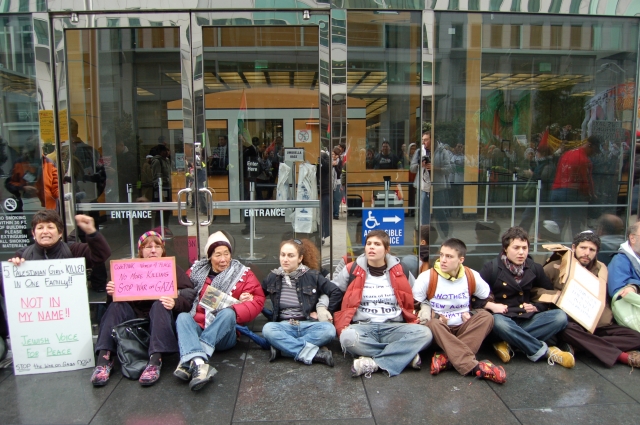 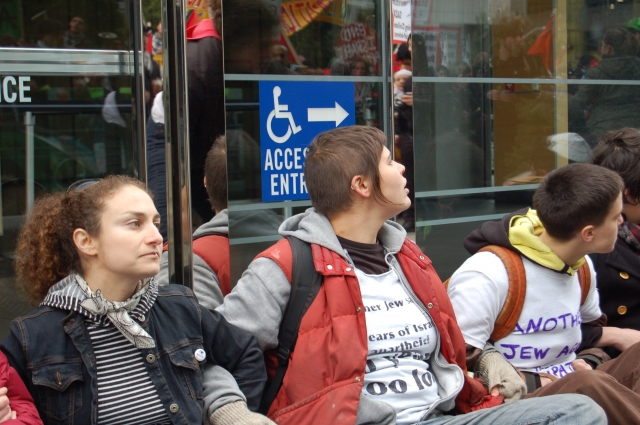 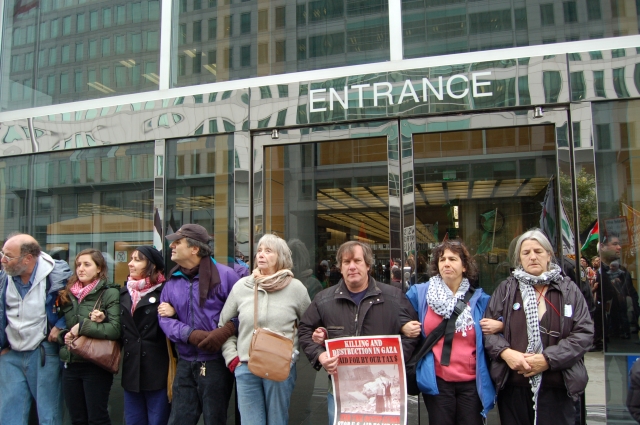 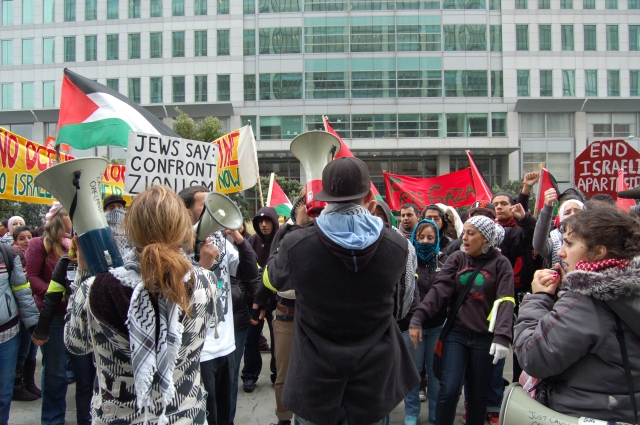 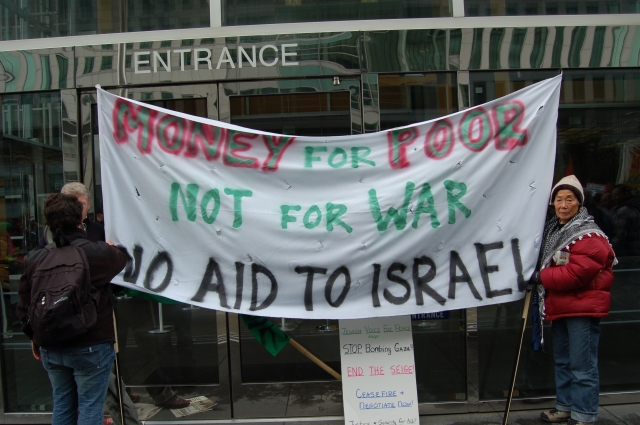 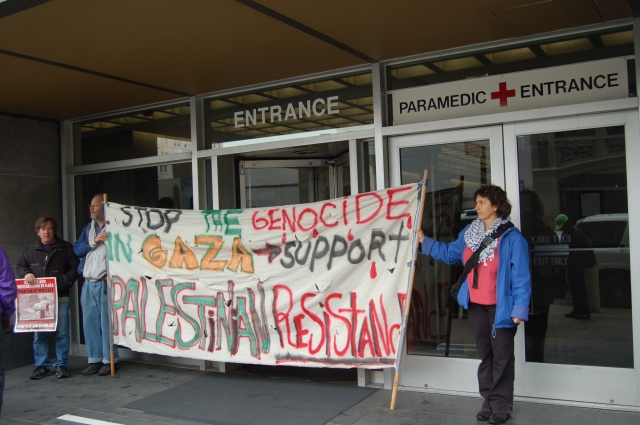 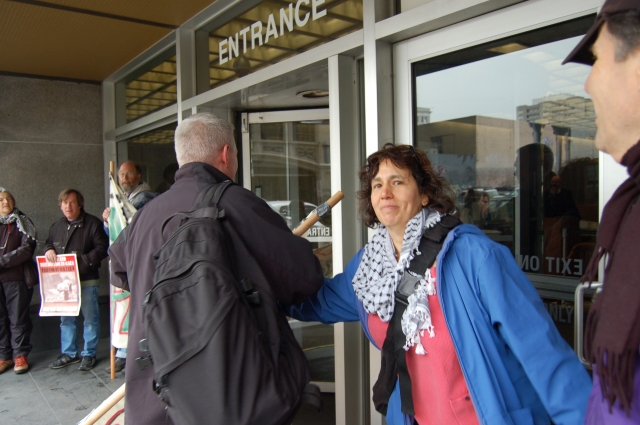 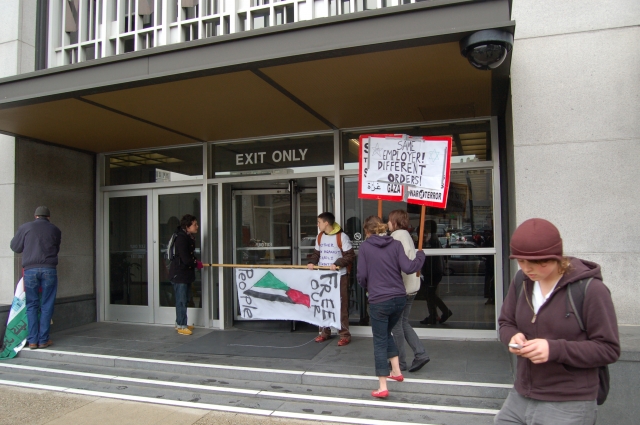 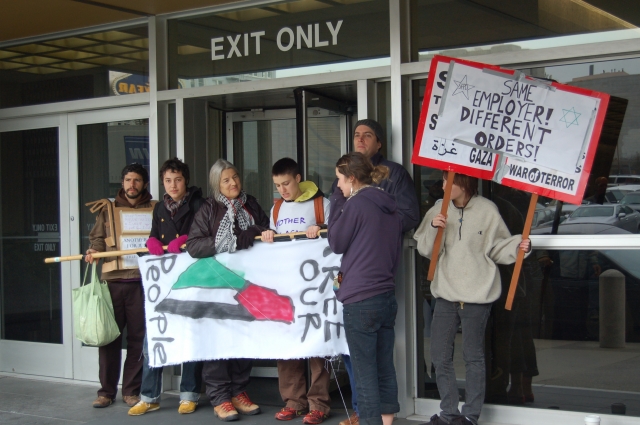 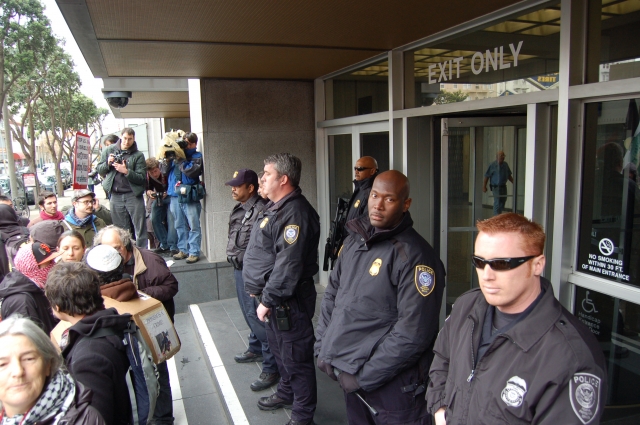