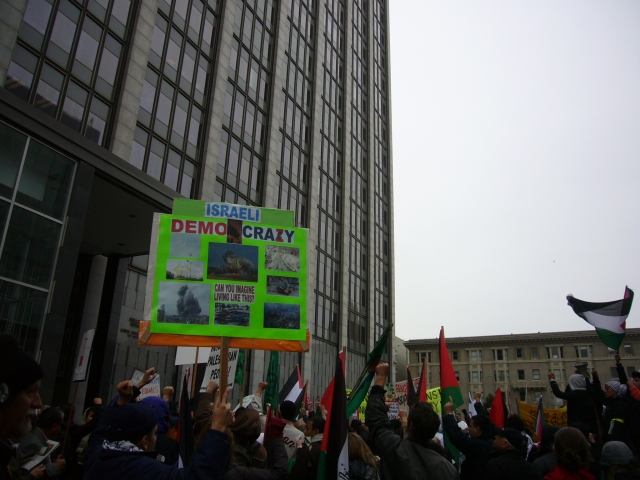 original image (2048x1536)
Well over five hundred have been killed so far in the Israeli bombing and invasion of Gaza. Israeli planes and tanks pounded Gaza again today, and Israel vowed to continue the campaign as its forces pushed deep into Gaza City. President Bush spoke out for the first time about the Israeli military offensive, claiming that Israel was "justified" in its ongoing massacre of Palestinians, but that he was "concerned" about the humanitarian crisis unfolding in Gaza.

Stay tuned for more pics on Indybay...
§Protesters in front of the Federal Building
by mark Monday Jan 5th, 2009 1:26 PM 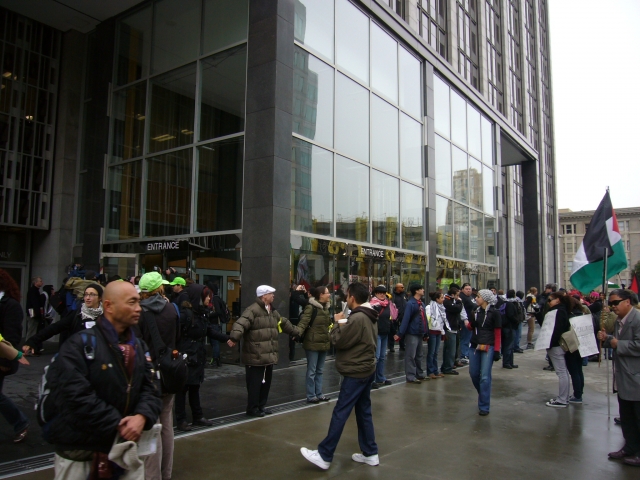