Add an Event
Newswire
Calendar
Features
Home
Donate
From the Open-Publishing Calendar
From the Open-Publishing Newswire
Indybay Feature
Publish to Newswire
Add an Event
Related Categories: South Bay | Anti-War
South Bay in Solidarity with Palestine
by Robert Wilson
Sunday Jan 4th, 2009 9:28 PM
In the intersection and on the street! After several hours of rallying an impromptu march headed down Stevens Creek Blvd to Santana Row. 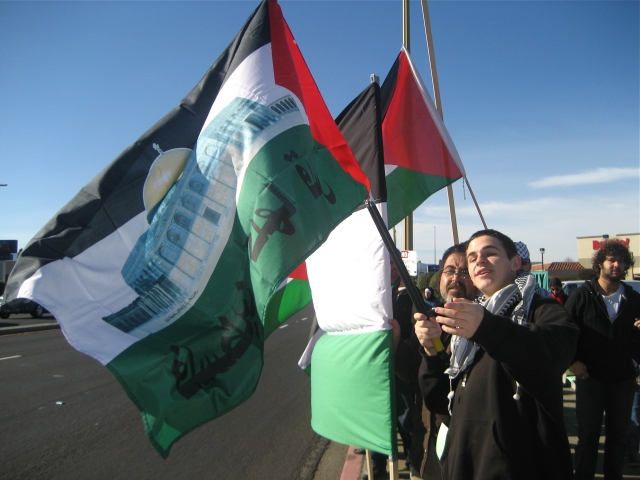 original image (2816x2112)
A group named *Oy Bay* called for a counter protest. At noon there were about 3 pro-Israel demonstrators who taunted the Gaza supporters as they arrived but within minutes they were overwhelmed by the pro-Palestine crowd and disappeared. It looked to be over one thousand, though the TV news said hundreds, who came out to show the world that the South Bay wants the Israeli aggression to halt!
§
by Robert Wilson Sunday Jan 4th, 2009 9:28 PM 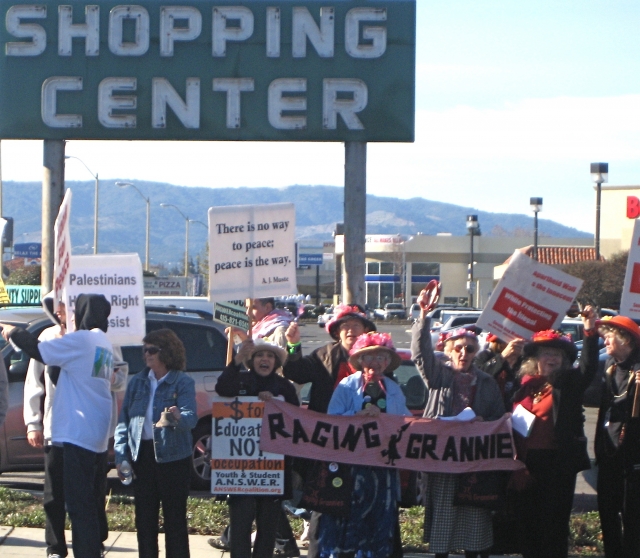 original image (2177x1900)
Add Your Comments
Support Independent Media
We are 100% volunteer and depend on your participation to sustain our efforts!