Add an Event
Newswire
Calendar
Features
Home
Donate
From the Open-Publishing Calendar
From the Open-Publishing Newswire
Indybay Feature
Publish to Newswire
Add an Event
Related Categories: Palestine | San Francisco | Anti-War
Protest Photos from January 3 Gaza Demo in SF
by Felix Barrett (revolution.sfbureau [at] gmail.com)
Sunday Jan 4th, 2009 5:40 PM
Here are pictures from the protest on Saturday night after Israel launched its ground offensive in Gaza. About 500 people participated and there was a spirited march don't Market Street. The majority of the marchers were Palestinians and other Arab people. While there were others there as well there were not nearly enough. Israel’s massacre and its ongoing crimes against the people of Gaza could not have happened without U.S. support—and people living in the U.S. have the responsibility to oppose the crimes of “our” government. We need to stop thinking (and acting) like Americans and start thinking and acting for humanity! 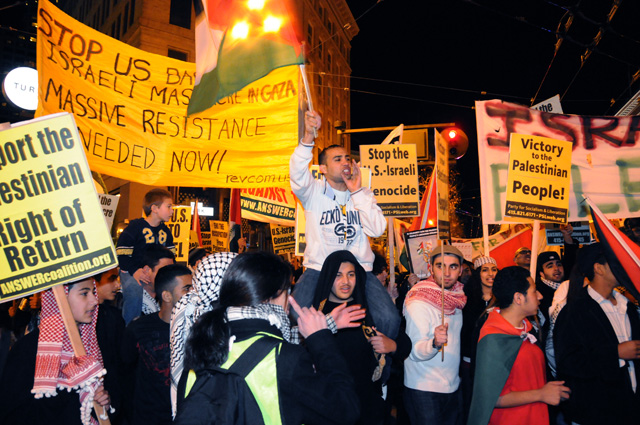 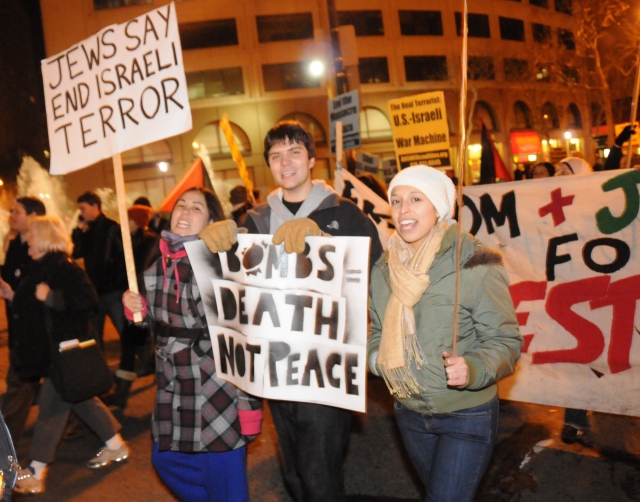 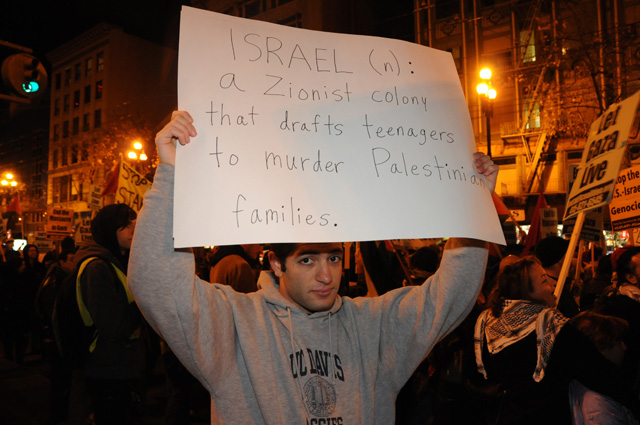 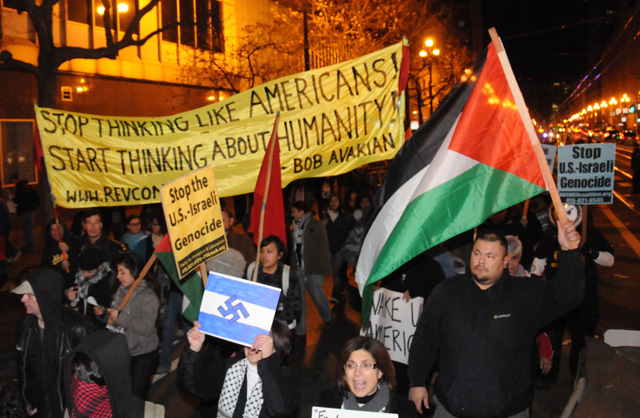 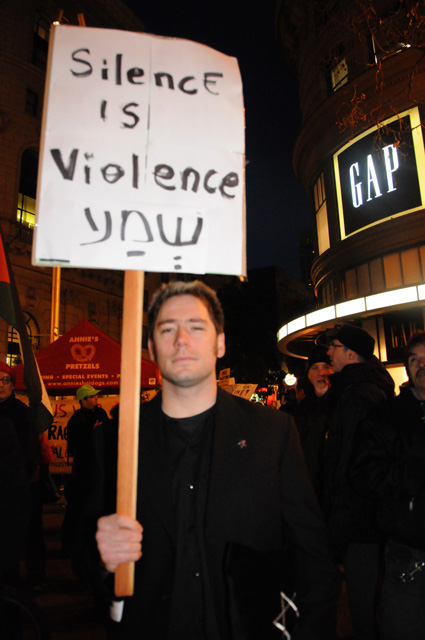 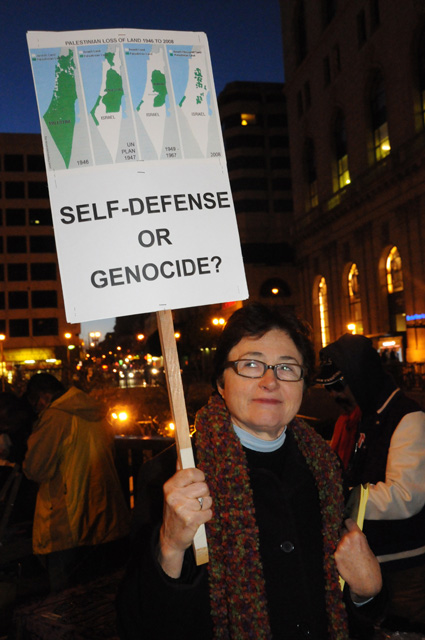 http://revcom.us
Add Your Comments
Support Independent Media
We are 100% volunteer and depend on your participation to sustain our efforts!