Add an Event
Newswire
Calendar
Features
Home
Donate
From the Open-Publishing Calendar
From the Open-Publishing Newswire
Indybay Feature
Publish to Newswire
Add an Event
Related Categories: Palestine | Central Valley | Anti-War
Stop the Israeli Attack on Gaza!
by Mike Rhodes (mikerhodes [at] comcast.net)
Friday Jan 2nd, 2009 7:48 PM
Peace Fresno sent out a call for a Candlelight Vigil in “protest of Israel’s crimes against humanity.” The demo was held at Shaw and Blackstone Avenues (probably the busiest street corner in Fresno). The call to action went out at the last minute, it was raining, but hundreds of people came out in support of the Palestinian people and to protest Israel’s attack on Gaza. Many of the demonstrators came from the Fresno Arab community. The event was supported by the two Mosques in Fresno and the Islamic Cultural Center. The crowd was enthusiastic and many of the cars driving by honked in support. Photos of the Friday, January 2, 2009 demo are below. 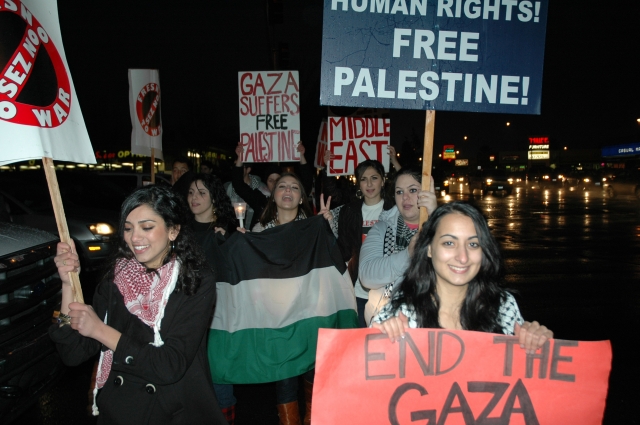 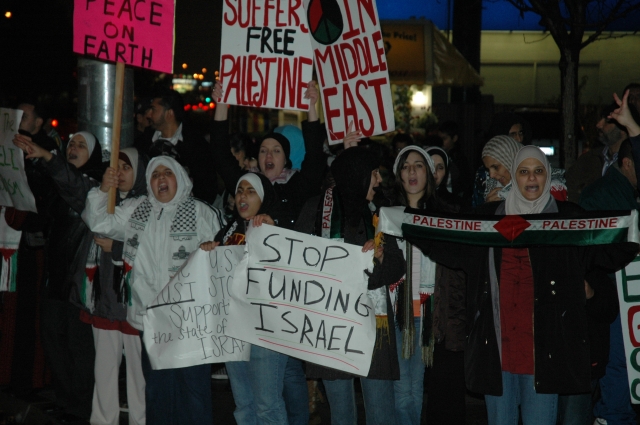 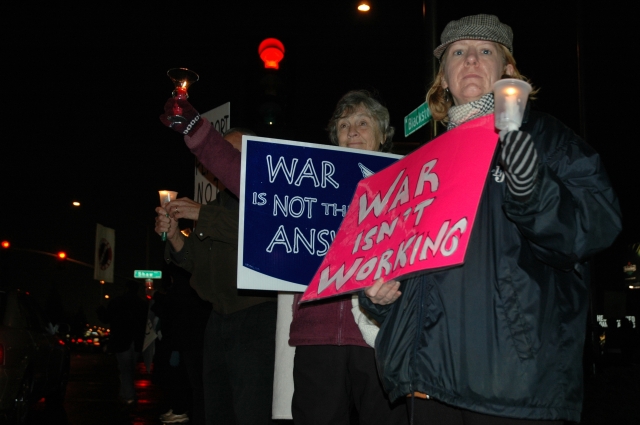 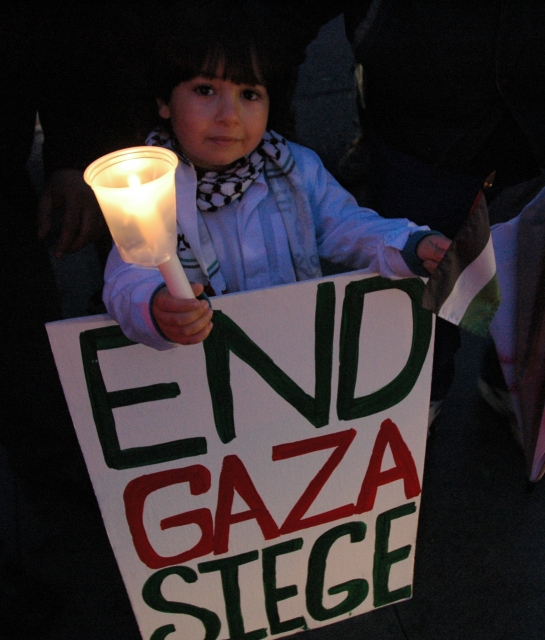 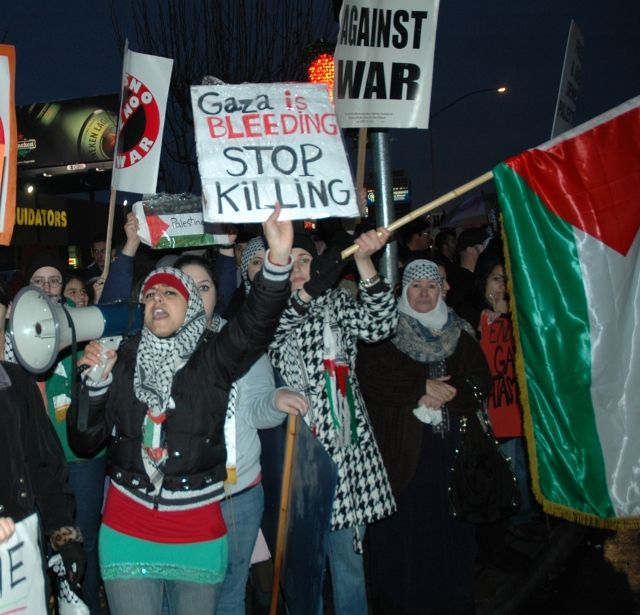 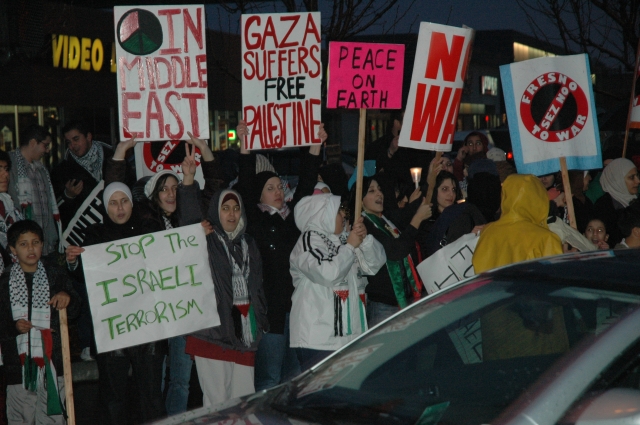 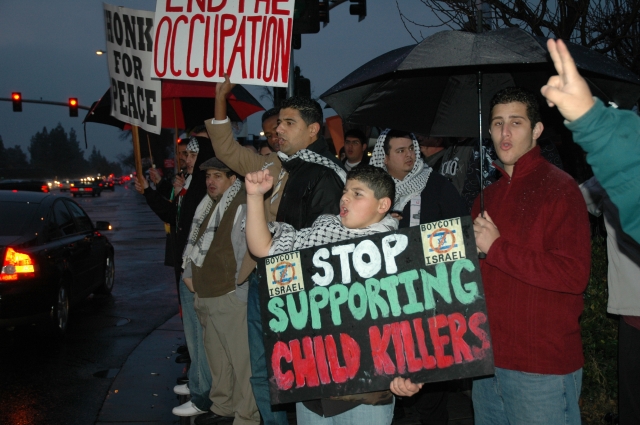 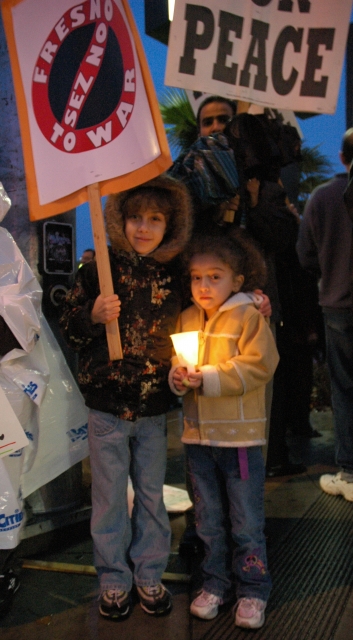 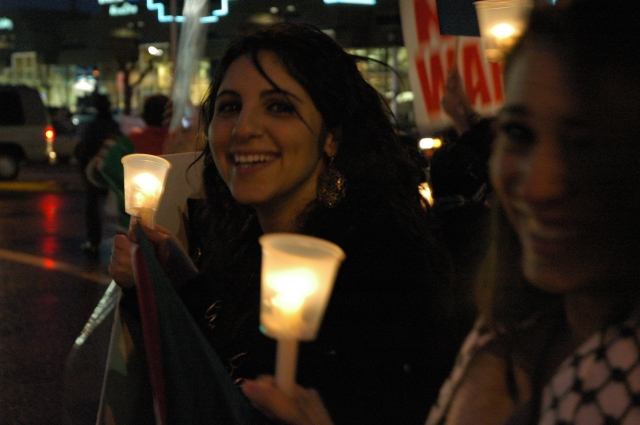 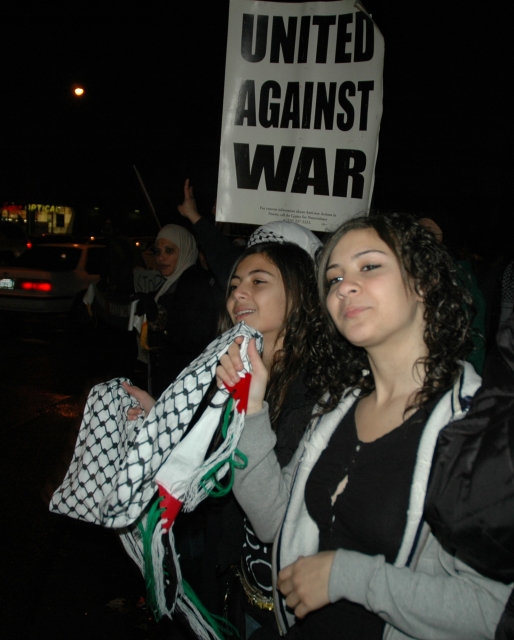 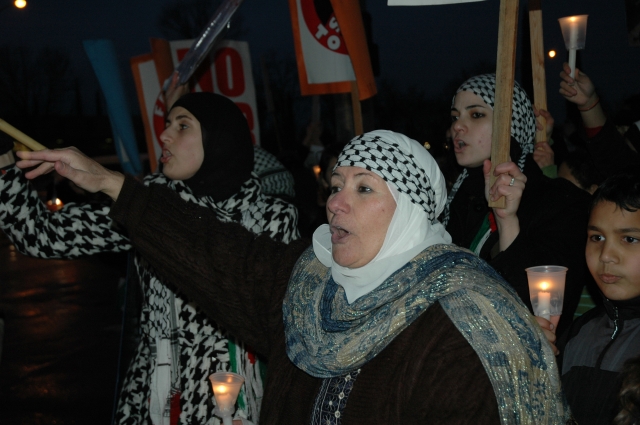 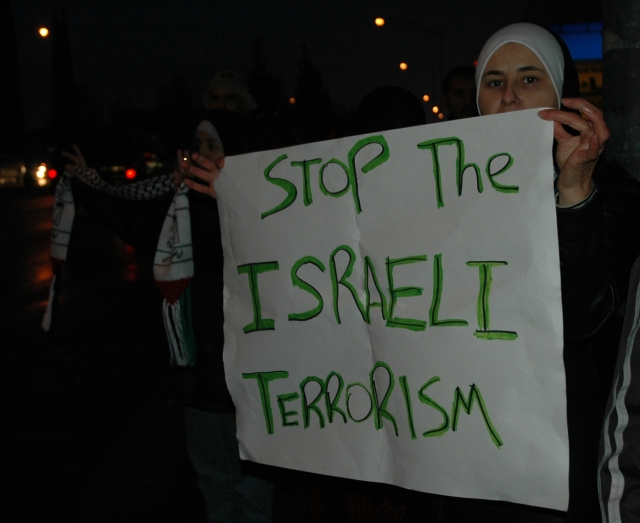 original image (2034x1663)
http://www.fresnoalliance.com
Add Your Comments
Support Independent Media
We are 100% volunteer and depend on your participation to sustain our efforts!