Add an Event
Newswire
Calendar
Features
Home
Donate
From the Open-Publishing Calendar
From the Open-Publishing Newswire
Indybay Feature
Publish to Newswire
Add an Event
Related Categories: San Francisco | Anti-War
Mass Protest in San Francisco in Support of the Palestinian People
by Bill Hackwell (hckwll [at] yahoo.com)
Wednesday Dec 31st, 2008 12:03 PM
Tens of thousands of people took to the streets in scores of U.S. cities in response to the National Day of Action to support the people of Palestine. The call was issued 72 hours ago by a number of organizations including the ANSWER Coalition, Muslim American Society Freedom, the National Council of Arab Americans, Free Palestine Alliance, Al-Awda - International Palestine Coalition for the Right of Return and others. Thousands demonstrated in Washington DC, Los Angeles, New York City with the largest protest being in San Francisco 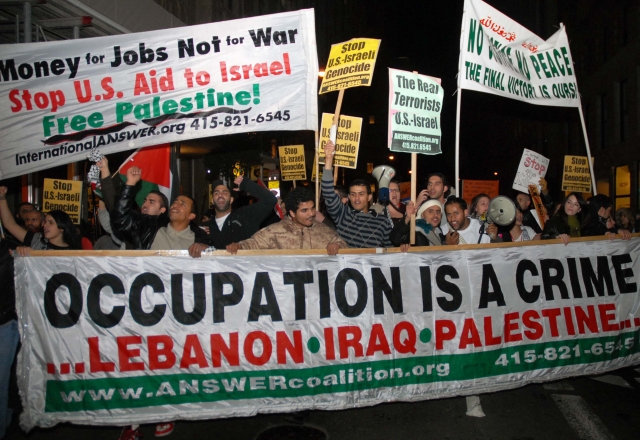 original image (2752x1896)
In a massive show of support for the Palestinian people started to show up in front of the Israeli consulate on Montgomery way before the protest was to start at 5pm. After 2 days of protests here against the genocidal attacks by the U.S. backed Israeli government on Gaza, the San Francisco Police denied protestors adequate space to demonstrate. In front of the consulate the area of the sidewalk and one lane of traffic quickly filled to standing room only capacity. On the other side of the street more supporters of Palestine chanted down a smaller number of zionists. The police forced organizers to turn off their sound system and threatened to confiscate bull horns. The crowd continued to swell and by six, despite police threats to arrest anyone in the street, the overwhelming numbers began flowing into Montgomery and marching towards Market. The spirited march, which at its peak was 10,000 strong was led primarily by Palestinian youth with lots of energy and justifyable anger. The march went quickly to Van Ness weaving in an out of traffic before making its way back to UN Plaza for a closing rally.
§Palestinian Youth
by Bill Hackwell Wednesday Dec 31st, 2008 12:03 PM 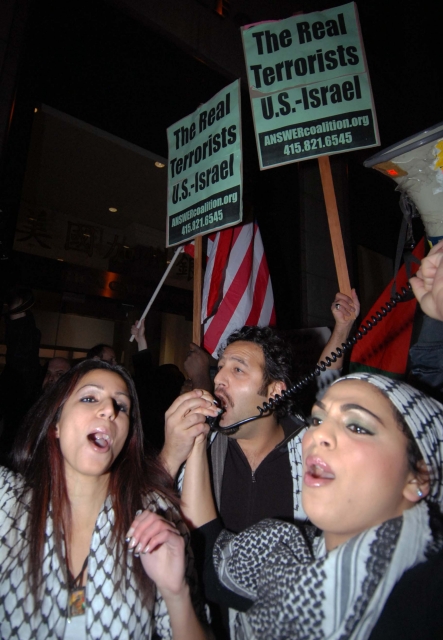 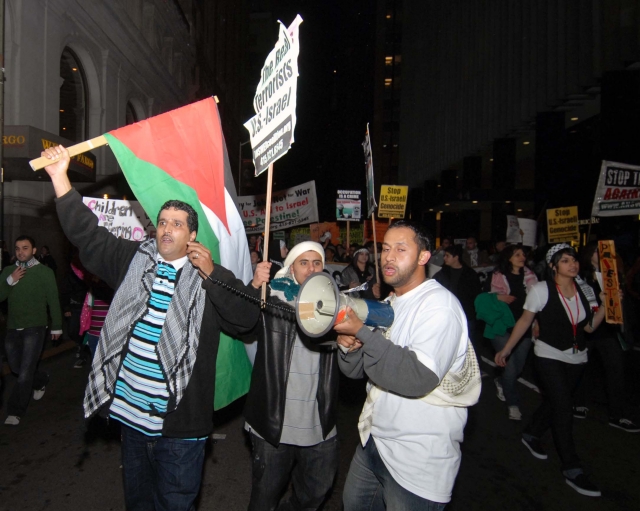 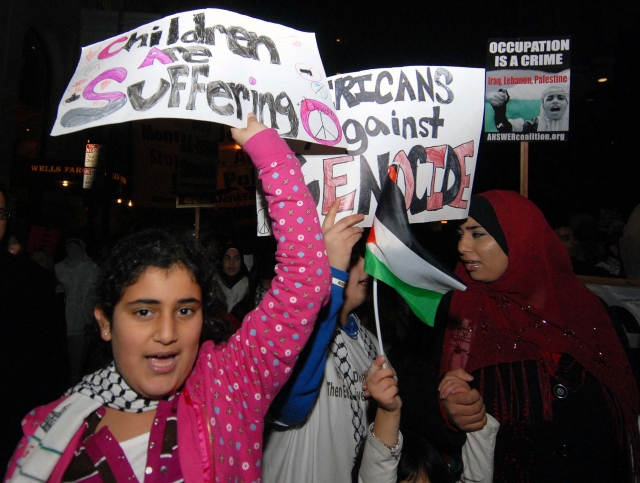 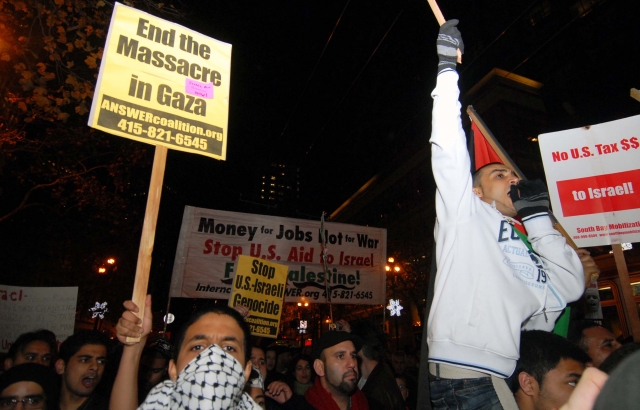 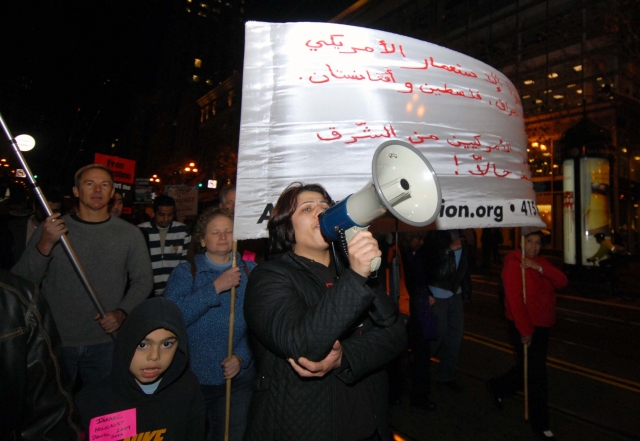 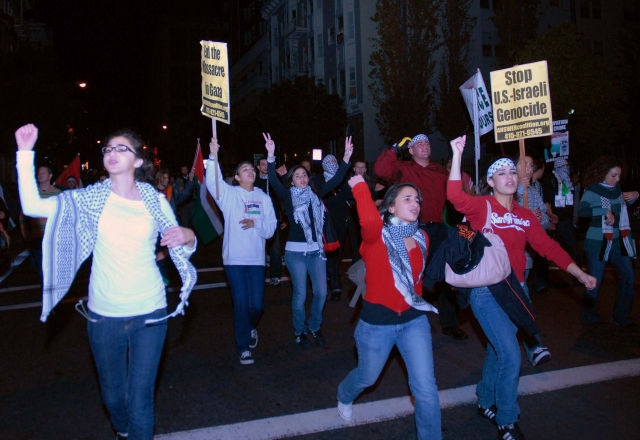 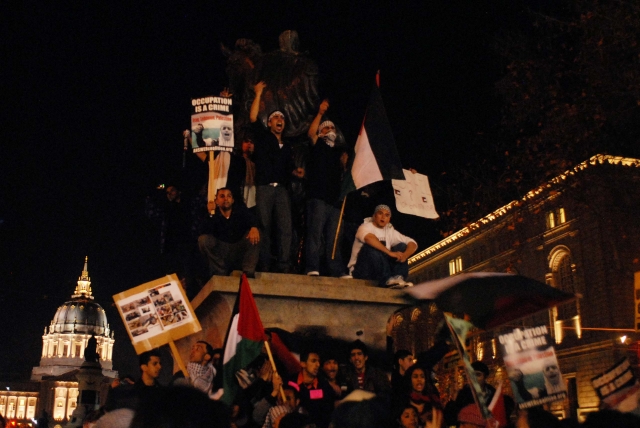 original image (2544x1704)
Add Your Comments
LATEST COMMENTS ABOUT THIS ARTICLE
Listed below are the latest comments about this post.
These comments are submitted anonymously by website visitors.