Add an Event
Newswire
Calendar
Features
Home
Donate
From the Open-Publishing Calendar
From the Open-Publishing Newswire
Indybay Feature
Publish to Newswire
Add an Event
Related Categories: Palestine | Peninsula | Anti-War
San Mateo Protest Draws Disparate Demonstrators
by All for a Free Gaza!
Monday Dec 29th, 2008 7:54 PM
This morning the call went out from San Mateo Peace Action for an emergency rally to stop Israeli bombing of Gaza. By early evening the protest included participants from high school through Raging Granny ages. A representative of World Can't Wait stood side by side with a lone Republican, both on the side of Palestine resistance. All called for a Free Gaza and immediate halt to the reign of Israeli terror! 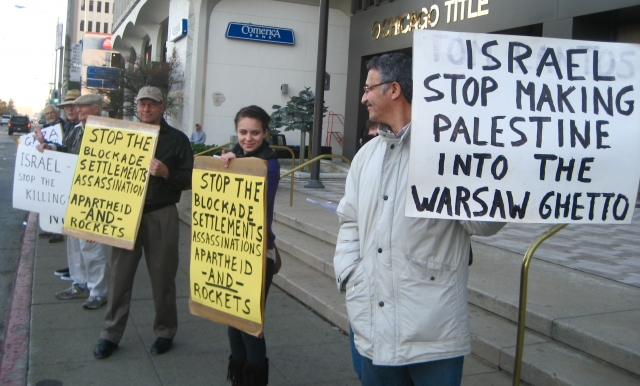 original image (2788x1683)
Representatives from the Youth Leadership Institute, World Can't Wait, San Mateo Peace Action, and Raging Grannies Action League were joined by individuals and a family of Algerian origin. In total about 25 people showed up on short notice for the emergency rally at the corner of 4th and El Camino Real in San Mateo in front of the office of Jackie Speier, US Congressional Representative, 12th District.
http://www.sanmateopeaceaction.org
§We say stop the killing
by All for a Free Gaza! Monday Dec 29th, 2008 8:27 PM 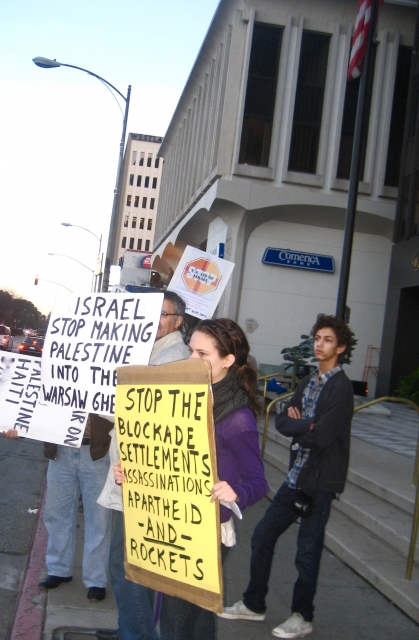 original image (1664x2541)
Former state senator Jackie Speier, a Democrat, was endorsed by US Congressman Tom Lantos for his seat before his death. A special election was held on April 8 to fill Lantos' vacancy and Jackie Speier won handily. A Republican who vied for the seat, Mike Maloney, joined demonstrators in front of Speier's office today. Maloney, along with members of San Mateo Peace Action, the Youth Leadership Institute, Raging Grannies, and World Can't Wait, called for an end to US funding of Israel, a contributing cause of the carnage in Gaza.

Republican Mike Maloney passed out flyers at today's demo in front of Jackie Speier's office calling on her constituents to contact the congresswoman and have her stop US funding of Israel.
http://www.speier.house.gov
(650) 342-0300
§Mike Maloney
by All for a Free Gaza! Monday Dec 29th, 2008 8:27 PM 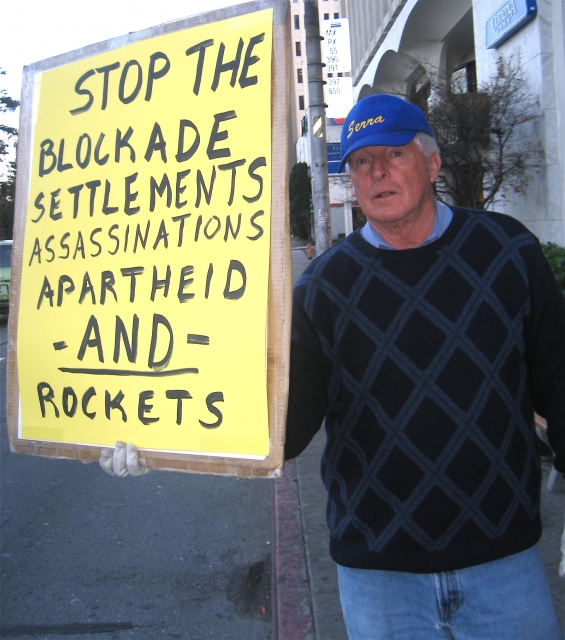 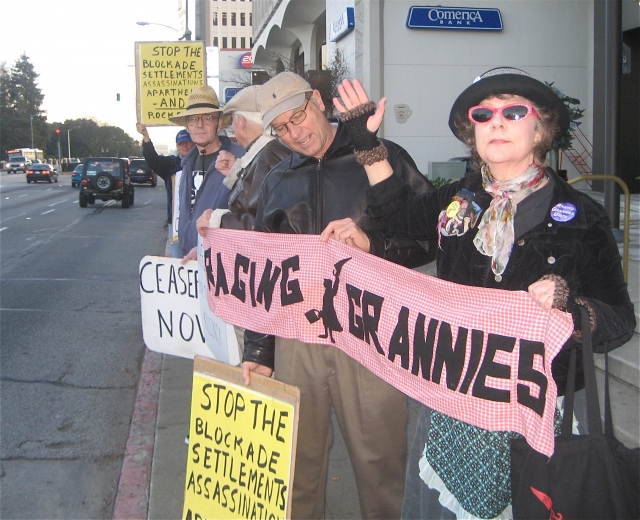 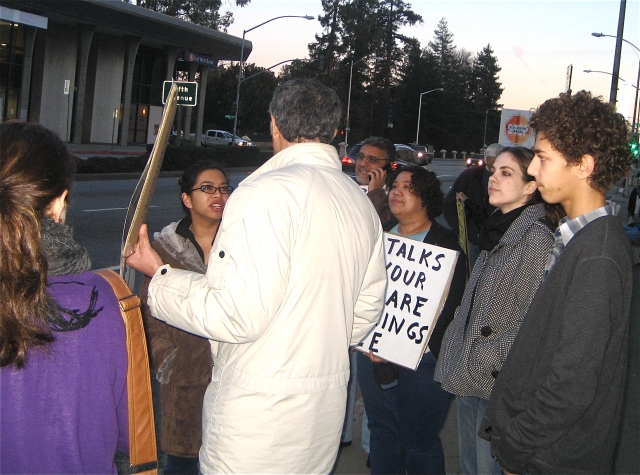 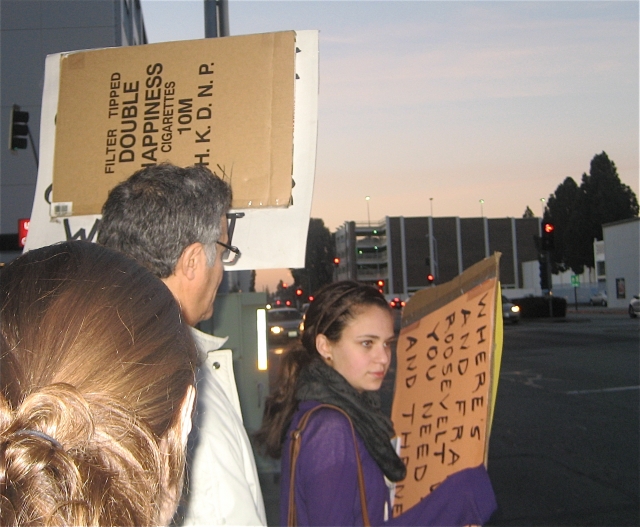 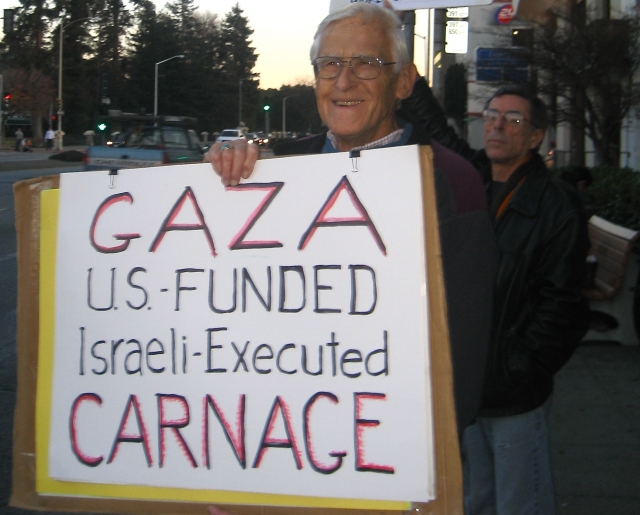 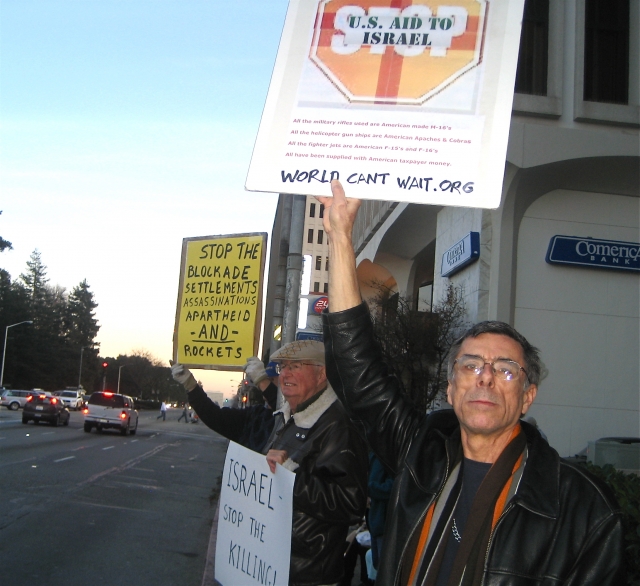 original image (2184x2001)
Add Your Comments
LATEST COMMENTS ABOUT THIS ARTICLE
Listed below are the latest comments about this post.
These comments are submitted anonymously by website visitors.