by Labor Video Project
On Dec 4, 2008 over a hundred SF school bus drivers who are members of UTU 1741 picketed and protest the illegal firings and union busting tactics by Scottish owned First Student. This company which recently purchased Laidlaw is in a war to bust the unions at these operations by firing bus drivers in violation of the contract and for incidents that have nothing to do with their driving record. 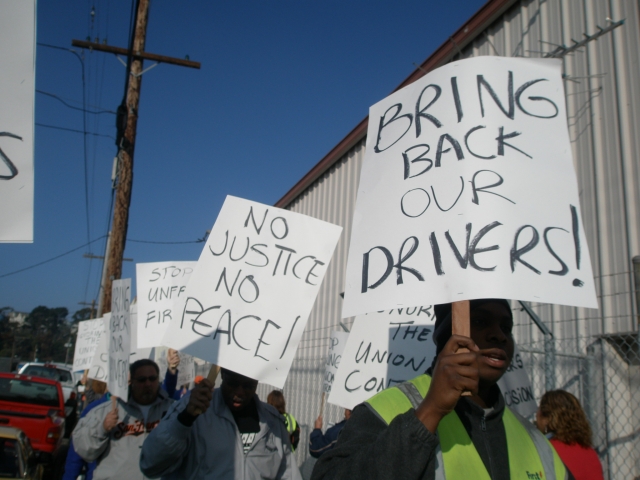 First Student, the largest school bus company in the world based in Aberdeen, Scotland has taken over Laidlaw Bus company and is in an massive union busting drive against unionized bus drivers. It is ignoring union contracts and illegally firing drivers and then ignoring arbitration decisions. San Francisco school bus drivers who are members of UTU 1741 marched and protested on December 4, 2008 at the company yard against these illegal tactics. They are calling for support from all First Student Workers and the rest of the labor movement.
http://sfschoolbus.com/
Labor Video Project produces a labor tv show programmed in San Francisco, St. Louis and Philadelphia and produces documentaries on labor and working people in the US and around the world.
Labor Video Project
P.O.Box 720027
San Francisco,CA 94172 Phone (415)282-1908
lvpsf [at] labornet.org http://www.laborvideo.org
END_OF_DOCUMENT_TOKEN_TO_BE_REPLACED
Related Categories: San Francisco | Labor & Workers
§First Student UTU 1741 Drivers Protest Union Busting
by Labor Video Project 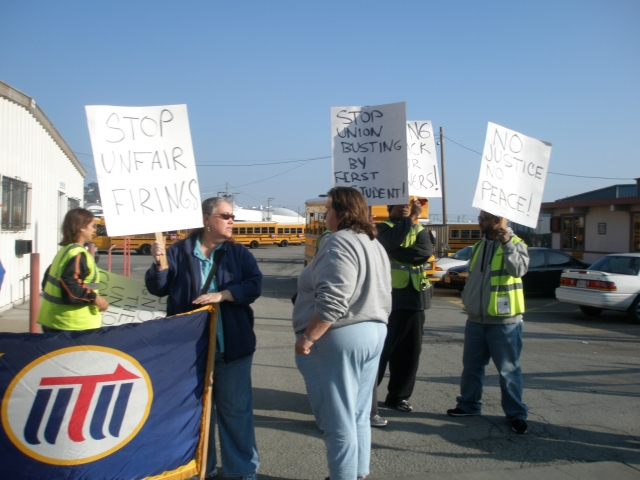 original image (2048x1536)
Scottish owned First Student was picketed by SF UTU 1741 school bus drivers on December 4, 2008
END_OF_DOCUMENT_TOKEN_TO_BE_REPLACED
Add Your Comments
Support Independent Media
We are 100% volunteer and depend on your participation to sustain our efforts!