His upcoming reality show, 'KopBusters,' a 'To Catch A Predator' style crusade against dirty officers, sparked an immediate response after RAW STORY covered a news brief of their first sting.

Cooper has now released footage from the initial episode of 'KopBusters,' in which the Odessa, TX police department raids a suspected marijuana grow house, only to discover they played right into the filmmaker's hands. As surveillance cameras roll, the police slowly figure out they've been had, seemingly caught red-handed of illegally overreaching in a first-of-its-kind operation. 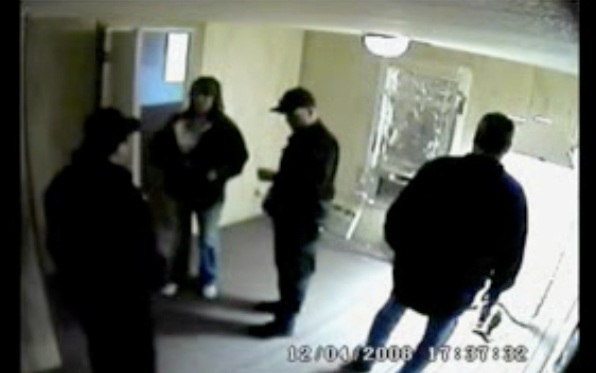 On his Web site, KopBusters.com, Cooper describes how the sting took place.

"KopBusters rented a house in Odessa, Texas and began growing two small Christmas trees under a grow light similar to those used for growing marijuana. When faced with a suspected marijuana grow, the police usually use illegal FLIR cameras and/or lie on the search warrant affidavit claiming they have probable cause to raid the house. Instead of conducting a proper investigation which usually leads to no probable cause, the Kops lie on the affidavit claiming a confidential informant saw the plants and/or the police could smell marijuana coming from the suspected house.

"The trap was set and less than 24 hours later, the Odessa narcotics unit raided the house only to find KopBuster's attorney waiting under a system of complex gadgetry and spy cameras that streamed online to the KopBuster's secret mobile office nearby.

"The attorney was handcuffed and later released when eleven KopBuster detectives arrived with the media in tow to question the illegal raid. The police refused to give KopBusters the search warrant affidavit which is suspected to contain the lies regarding the probable cause."

http://www.youtube.com/watch?v=EHmP_KtmcB4
http://rawstory.com/news/2008/Raw_footage_...
§Kop Busters Raid - Raw Footage
by nevergetbusted Sunday Dec 7th, 2008 9:59 PM
Copy the code below to embed this movie into a web page:
Download Video (4.7MB) | Embed Video
This is the Raw footage from the first Kop Busters police raid. This footage comes from the surveillance cameras which were streaming live over the internet to a remote location.
http://rawstory.com/news/2008/Raw_footage_...
Add Your Comments
LATEST COMMENTS ABOUT THIS ARTICLE
Listed below are the latest comments about this post.
These comments are submitted anonymously by website visitors.