Add an Event
Newswire
Calendar
Features
Home
Donate
From the Open-Publishing Calendar
From the Open-Publishing Newswire
Indybay Feature
Publish to Newswire
Add an Event
Related Categories: International | Global Justice & Anti-Capitalism
Scientology's "Stress Test" Scam
by Lilly von Marcab
Saturday Nov 15th, 2008 11:23 AM
Everyone has seen them at subway stations, street festivals, shopping malls, and even ordinary city sidewalks: a few friendly-looking people sitting at small, folding tables, with colorful electronic contraptions prominently upon them, and lots of hardbound copies of L. Ron Hubbard books. A sign screams out, "FREE STRESS TEST." Naturally, everyone feels a little stressed out in our modern day, so with a chuckle and a smile, the ordinary citizens passing by may sit down "just to see how this thing works." It is fun to try out this kind of carnival game. Maybe this gizmo will say something amazingly accurate. Also, it's free. What could go wrong? 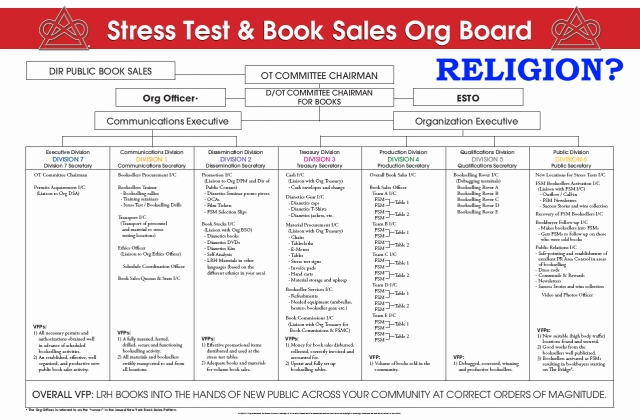 original image (1278x840)
Well, a lot could go wrong, and often does. The people with the gizmos are Scientology cult recruiters; the machines themselves are Scientology "E-Meters," a primitive sort of lie-detector machine; and the Hubbard books are part of a sales strategy that is elaborately plotted out to the point of being bizarre, especially for an organization that claims to be a religion. No matter who you are, how you feel, or what kind of jiggles and squiggles the E-Meter apparatus makes in response to you, the Scientologists will tell you that your life is in a rather precarious situation, and that the best thing would be for you to come down to the "church" for further interpretation and advice. Let's make an appointment for you now. What is your name, address, home phone number, work phone number, cell phone number, e-mail address? You need to buy one of these books, too.What is this "Stress Test" nonsense?

http://www.xenu-directory.net
§SPOILER: Scientology is all about money
by Lilly von Marcab Saturday Nov 15th, 2008 11:23 AM 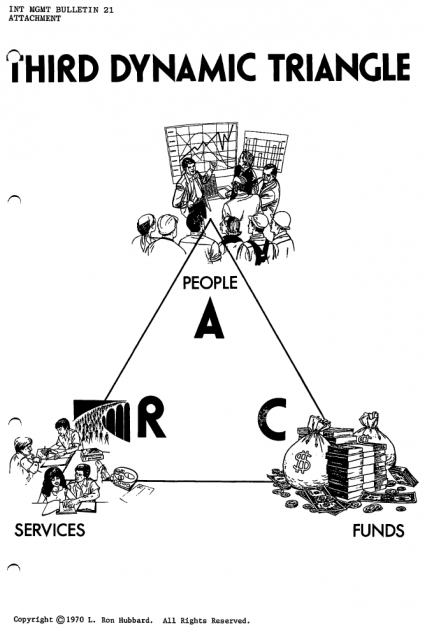 For some reason, they didn't want the photographer to take a picture of the e-meter's front, so they turned it over.
http://www.xenu-directory.net
§Street-side stress testing
by Lilly von Marcab Saturday Nov 15th, 2008 11:23 AM http://www.xenu-directory.net
Add Your Comments
§Insane Scientology crooks!
by Fredric L. Rice
(frice [at] skeptictank.org) Saturday Nov 15th, 2008 12:22 PM
Love it. Highly detailed and extremly informative. True, not many people still get suckered in any more by this Scientology scam but enough uninformed people do that making everyone aware is great stuff!

http://www.cosvm.org/
Add a Comment
§"A Game for Scientologists"
by R. Hill
Tuesday Nov 25th, 2008 9:52 AM
There is a leaked document from Bridge Publications, Inc. found on Wikileaks, titled "A Game for Scientologists: Free Stress Test Hat Write-up," which teaches Scientologists how to set-up a "Free Stress Test" table, and how to sell Dianetics, detailing various steps, such as making medical claims: "... It can cause lots of aches and pains and illnesses like migraine, ...", how to promote the e-meter as a "sophisticated instrument." Here is the Wikileaks link:

It sure would be great to fair-use it in the current article.

(It's a ZIP file with many other documents.)
http://www.xenu-directory.net
Add a Comment
Support Independent Media
We are 100% volunteer and depend on your participation to sustain our efforts!