Add an Event
Newswire
Calendar
Features
Home
Donate
From the Open-Publishing Calendar
From the Open-Publishing Newswire
Indybay Feature
Publish to Newswire
Add an Event
Related Categories: San Francisco | U.S. | Arts + Action | Government & Elections
Election Night at the Riptide
by San Franciscans Cheer as McCain Concedes
Wednesday Nov 5th, 2008 1:08 AM
A map showing cookies for Obama-won states and crackers for those states that McCain took, decorated the wall at the Riptide in San Francisco on election night.

Photos and story by R. Robertson 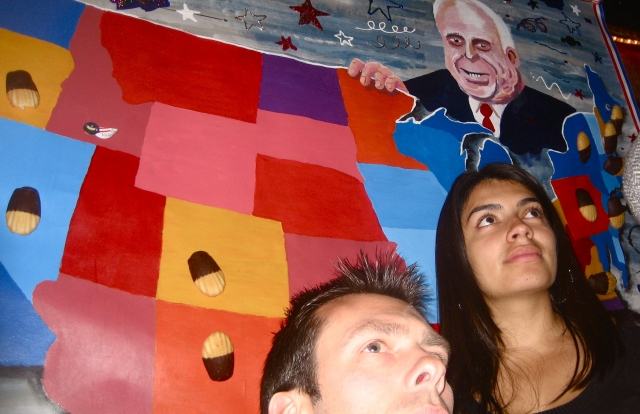 original image (2443x1582)
A long line formed outside the Riptide in San Francisco's Sunset District, as folks crowded in to watch the final stages of the race to the presidency on the bar's televisions. Jeff Grubler, host of *Troubletown Nite at the Riptide* thanked Obama for winning, "because otherwise this party would have really sucked."

Party-goers made it clear they are not content with an Obama win, citing the continuing war and lack of social services that Obama has not pledged to fix. One election integrity activist cringed when Obama mentioned touch-screen voting in his acceptance speech, others shouted out "Make a Green Economy!" and "Nationalize Exxon!"

§Outside the Riptide, lining up
by San Franciscans Cheer as McCain Concedes Wednesday Nov 5th, 2008 1:08 AM 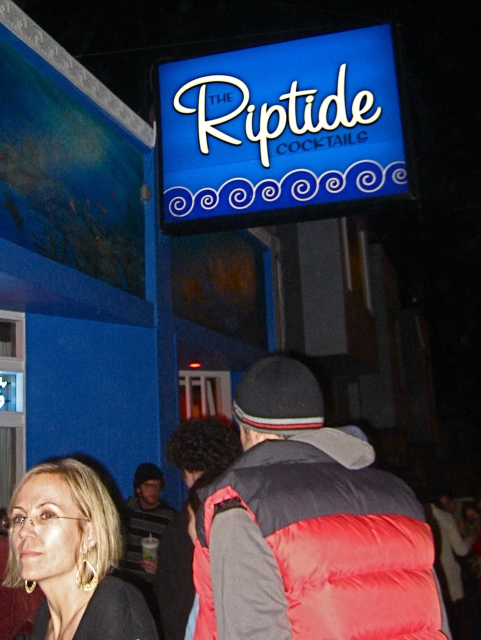 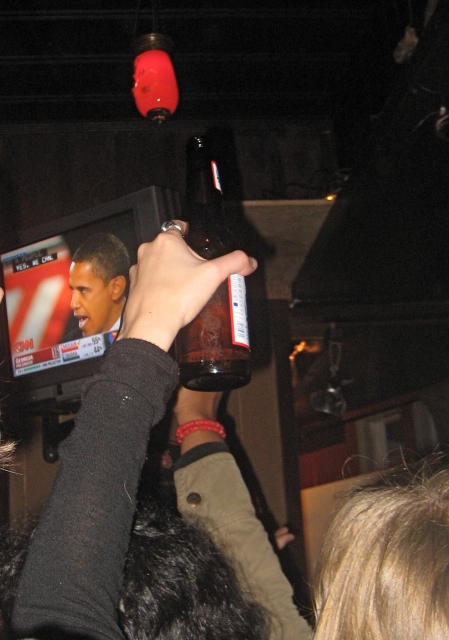 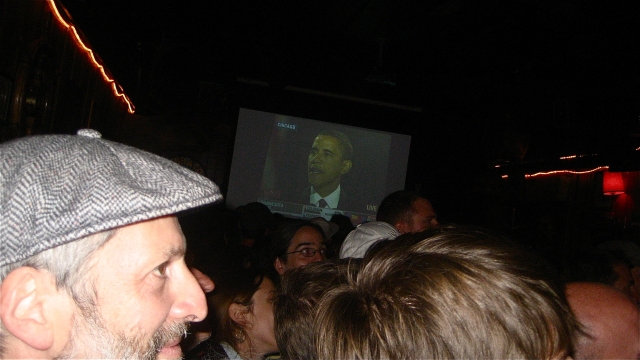 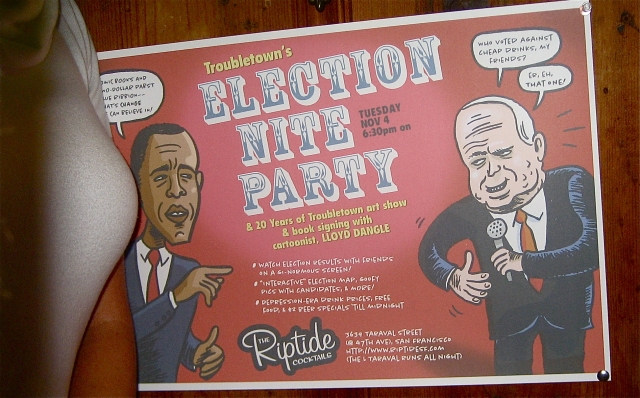 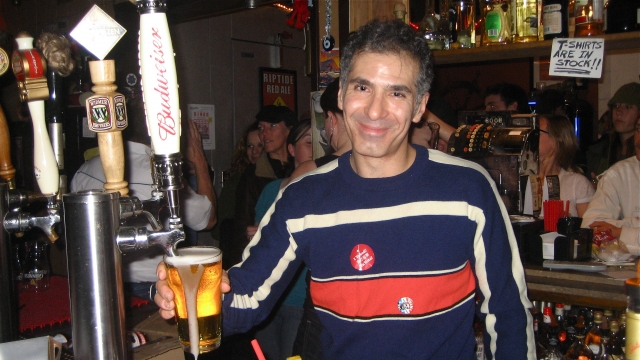 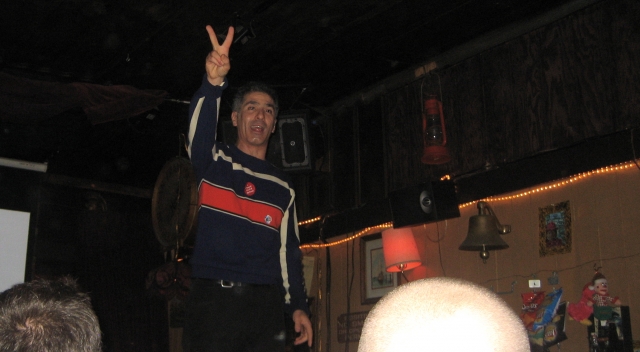 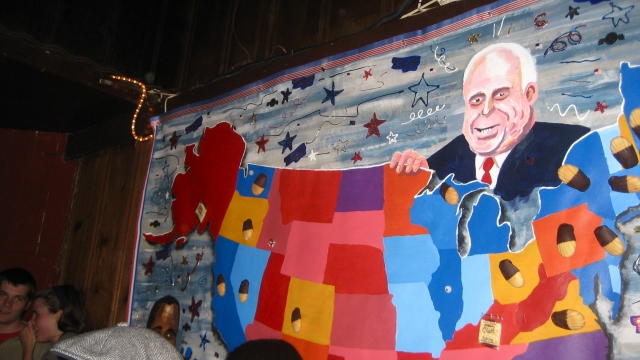 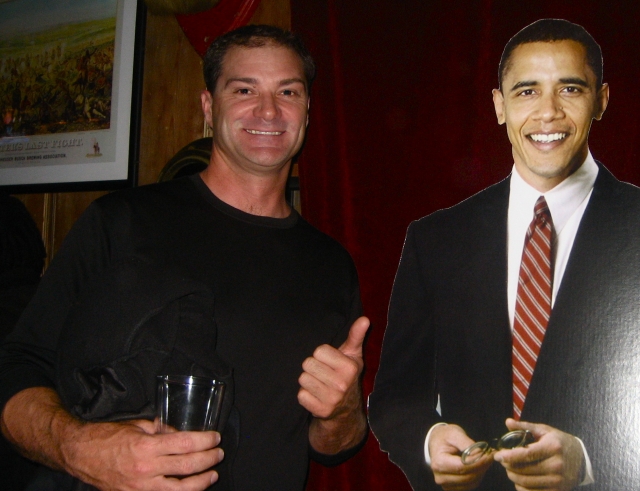 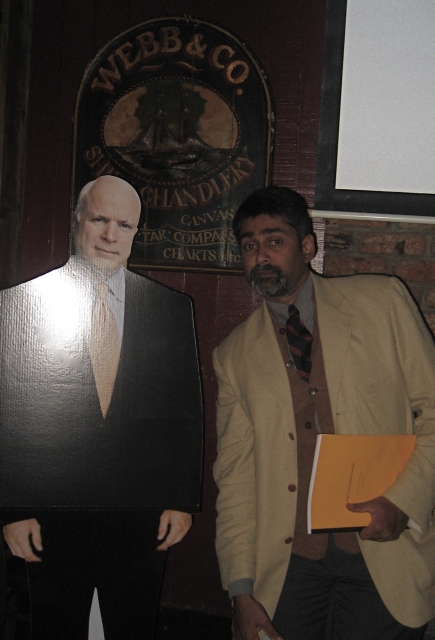 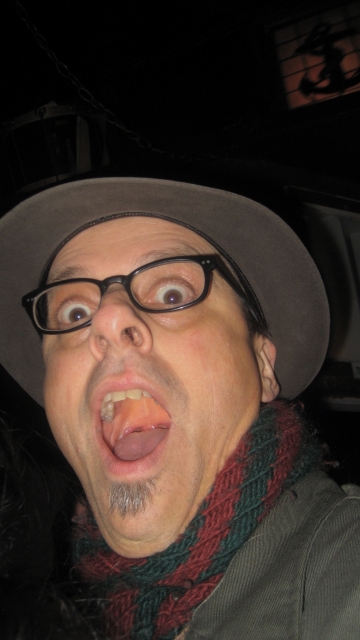 original image (1584x2816)
Along with others our friend here shouted suggestions to Obama as he accepted the presidency. "Make it a green economy!" "Nationalize Exxon!"
§this guy worked as a legal observer in 2004
by San Franciscans Cheer as McCain Concedes Wednesday Nov 5th, 2008 1:08 AM 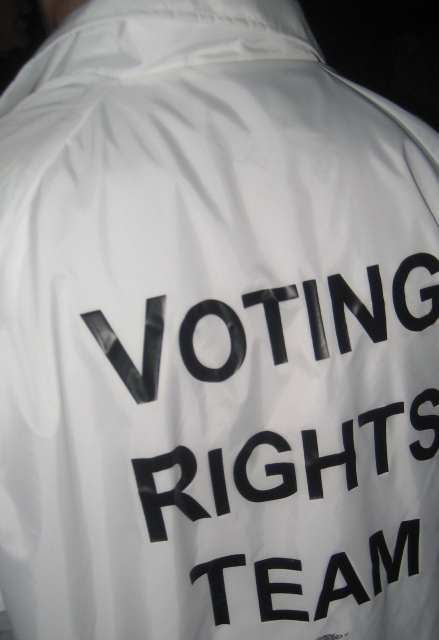 original image (1581x2301)
That election was STOLEN by Republicans despite the hard work of folks like this
§happy tv watcher
by San Franciscans Cheer as McCain Concedes Wednesday Nov 5th, 2008 1:08 AM 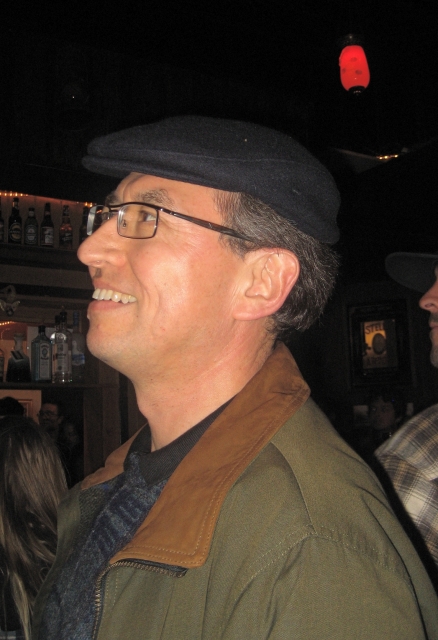 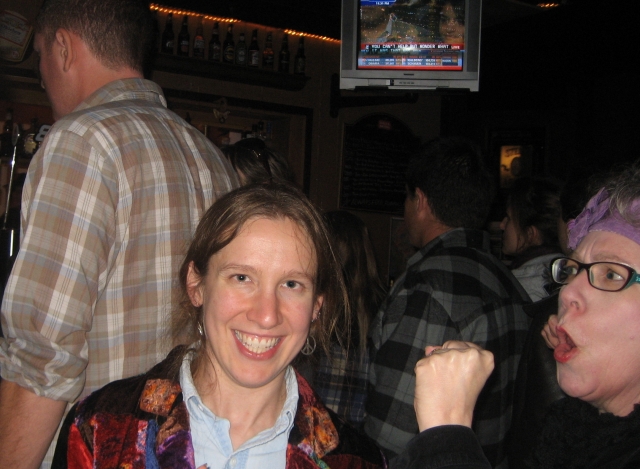 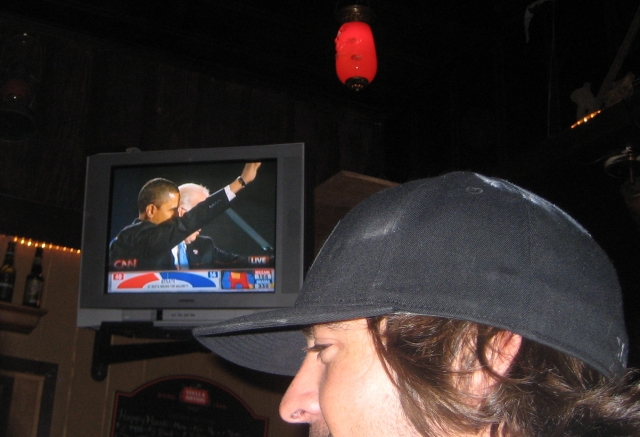 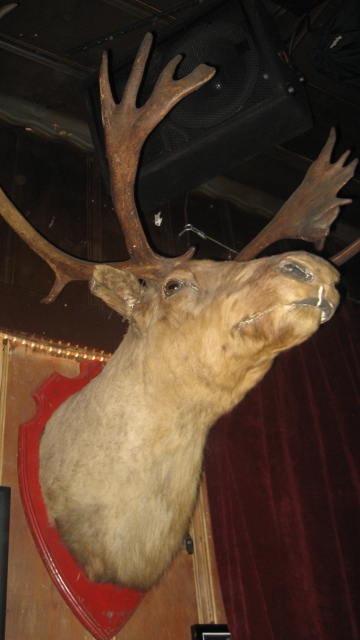 §Ed Matthews goes down!
by chp
Wednesday Nov 5th, 2008 9:49 AM
ha ha. Here are the results for the Minnesota house race with that jerk who attacked Jeff Grubler (above) who does good street theater, and has traveled to the RNC.

He was doing a routine of dancing to songs dressed as Bush and Cheney - when Matthews jumped on him and stole his mask, and then had the police arrest him. It's all pictured here. Luckily he's a loser, and lost once again. At least the police didn't press charges when even RNC attendees were complaining about what they saw happen.

Jeff must be ONE happy dude! Not only does he give a great party, he is totally vindicated with Ed Matthews loss. We should all send Matthews an email saying he got what he deserves. Here's his website; while looking for it I websearched "Ed Matthews" "Republican" "Minnesota" and the top entries are about his "committing petty theft at the RNC. http://www.edmatthewsforcongress.com/
Add a Comment
Support Independent Media
We are 100% volunteer and depend on your participation to sustain our efforts!