The City of Fresno is Trying to Evict Hmong Gardeners

by Mike Rhodes (mikerhodes [at] comcast.net)
The City of Fresno is attempting to evict a group of Hmong gardeners from 4 acres of public land. The city wants to build a police sub-station at the site of the Hmong Community Garden. The photo below is Mai Summer Vue, speaking on behalf of the Hmong gardeners who do not want to leave. 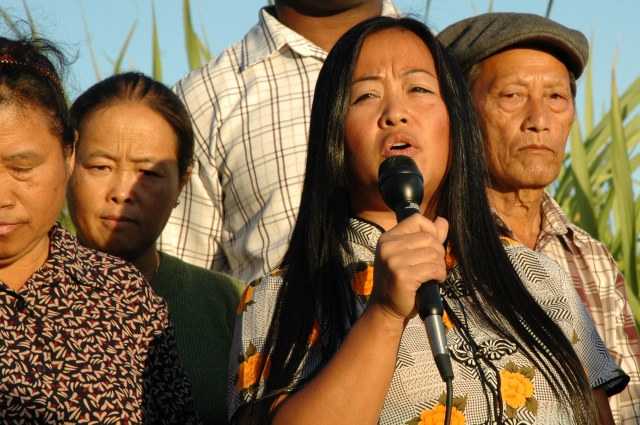 The City of Fresno is trying to evict a group of Hmong gardeners from plots they have tended for 13 years. The city wants to replace the community garden with a police sub-station. Mai Summer Vue, a spokesperson for the Hmong gardeners, said that “as a community we feel abused by city officials, they took our voice away, violated our civil rights, and disrespected our elders.”

City officials, at the garden Monday afternoon, complained that Summer Vue and other community leaders working to save the garden were being divisive and that they (the city officials) would stand by the deal they made the Friday before. They said that deal included a postponement of the destruction of the garden, originally scheduled for November 1, until December 31.

This morning, the Hmong gardeners and their allies attended the Fresno City Council meeting. During the time allocated for unscheduled communications, they made their case for why the Community Garden should not be moved. Speaking first was Camille Russell, who said “I’m here to speak in support of keeping the Hmong garden in its existing location.” Over a dozen speakers, many speaking in Hmong, echoed Russell’s message.

Jonathan Cranston, speaking before the City Council, asked them not to demolish the garden and said the Hmong gardeners had not agreed to move, as had been previously reported. Cranston asked “what about the 300 friends and family members that this garden feeds? The Melody Park site is 1/8 the size of the current garden and won’t be ready for many months. How are these people going to eat? How is taking food away from 300 people in the best interest of the community?” Cranston also asked why an offer to locate the police sub-station on land owned by a developer in Fancher Creek (about one mile away) for a $1 a year lease was rejected. Instead, according to Cranston, the city will pay $700,000 for the Hmong Community Garden land.

Summer Vue, speaking to the City Council, said “the gardeners and city officials did not make an agreement on Friday. As you will hear them this morning, the gardeners clearly stated that they did not and will not agree to move anywhere else, but to remain at the current location. They have also stated that they are not interested in the shade and the tennis courts at Melody Park. The extra accessories are not important to them. They stated that the garden is more than just a garden. To them, the garden is a way of life, a peace of mind, food for their family, exercise, therapy, stress relief, and it eases their mental health issues that was caused by the Vietnam war.”

Vue continued “Many Hmong feel that the city officials took advantage of the gardeners. They robbed the rights of the gardeners and disrespected the entire Hmong community. They fail to conduct politics with our community with proper process and procedures - there was no Town Hall meeting or dialog with the community and the gardeners.”

Numerous Hmong gardeners and there supporters in the community addressed the City Council for over an hour pleading with them not to move or destroy the garden. Since all of the comments were made under unscheduled communications, no action was taken today by the council. Council member Mike Dages made a motion to put the issue on the agenda for next week. It was agreed that the Hmong Community Garden issue would be discussed at the Tuesday, October 28 meeting. The time when this item will be on the agenda is not yet available.

The Hmong Community Garden is on land originally bought with Community Development Block Grant (CDBG) money. Some supporters of the Hmong garden question the appropriateness of taking land purchased for Community Development and converting it into a police sub-station. The Fresno Parks and Recreation department were involved in a similar controversy this summer at the Frank Ball Community Center in West Fresno. The city tried to convert the Frank Ball Center into a Police Activities League facility but they were stopped when the community fought back, ultimately receiving an apology from city officials who admitted that they had not consulted and listened to community concerns. You can read about that struggle here: http://www.indybay.org/newsitems/2008/07/20/18518154.php and http://www.indybay.org/newsitems/2008/06/21/18509945.php .

According to Wikipedia, here is what CDBG money is supposed to be used for:

The Community Development Block Grant (CDBG), one of the longest-running programs of the U.S. Department of Housing and Urban Development, funds local community development activities such as affordable housing, anti-poverty programs, and infrastructure development. CDBG, like other block grant programs, differ from categorical grants, made for specific purposes, in that they are subject to less federal oversight and are largely used at the discretion of the state and local governments and their subgrantees. 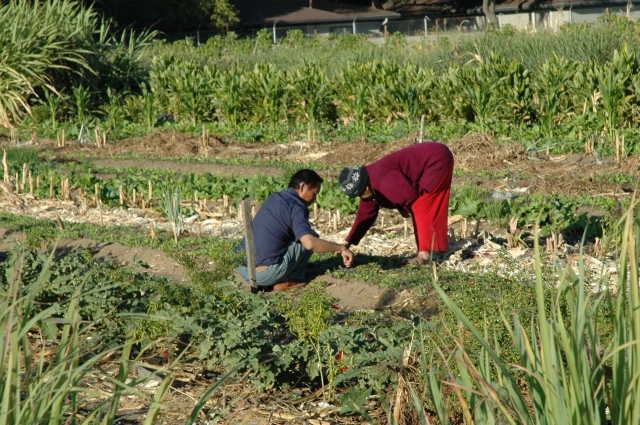 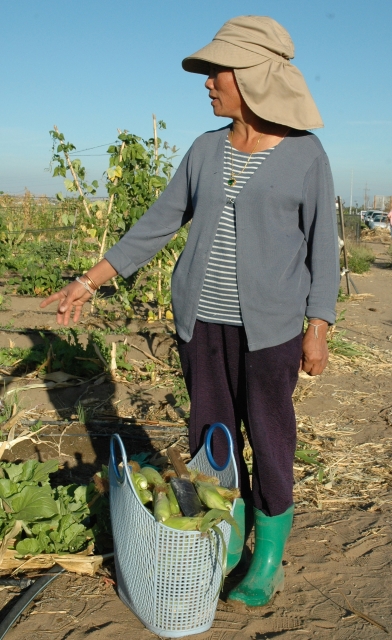 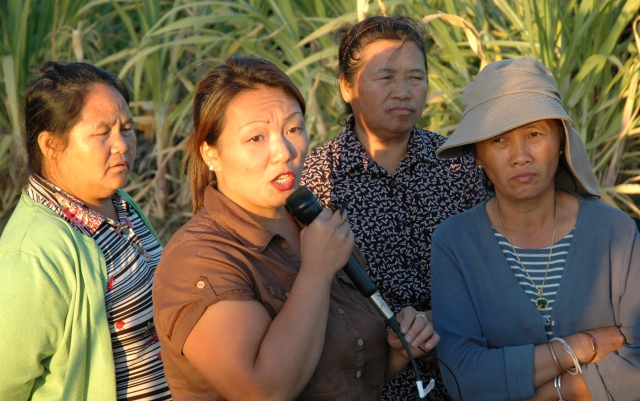 original image (2790x1749)
These women said they did not want to give up their garden, which they say provides their families with food.

§We Will Not be Moved
by Mike Rhodes 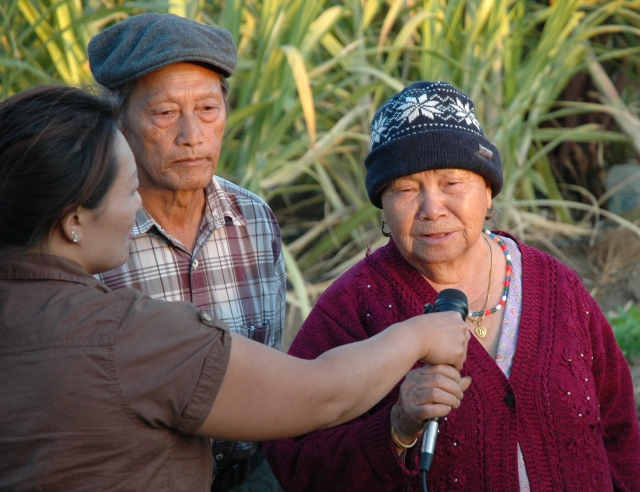 original image (2366x1820)
This gardener said she wanted to continue gardening at this location.
§2:51 minutes Audio
by Mike Rhodes
Listen now:
Copy the code below to embed this audio into a web page:
Download Audio (2.6MB) | Embed Audio
This is Summer Vue’s statement at the press conference held on Monday, October 20 at the Hmong Community Garden. Summer Vue was speaking on behalf of the Hmong gardeners who the City of Fresno wants to displace. About one dozen of the gardeners stood beside her while she spoke. The city wants to take the land and convert it into a police substation. The land is in southeast Fresno. 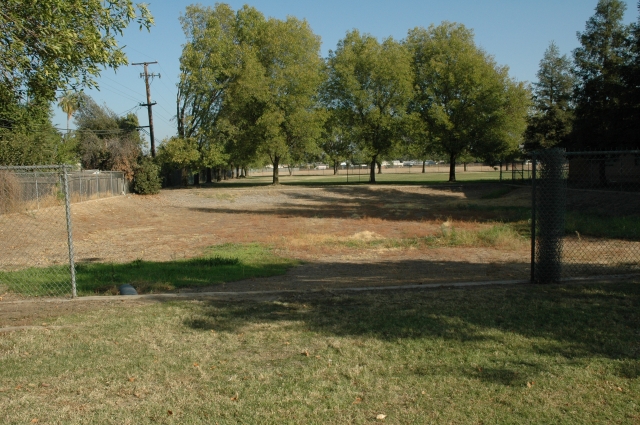 original image (3008x2000)
This is a photo of the land where the City of Fresno wants to move the Hmong Community Garden. The new site is much smaller than the Dewitt and Belmont avenue location.
Add Your Comments
Latest Comments
Listed below are the latest comments about this post.
These comments are submitted anonymously by website visitors.
TITLE
AUTHOR
DATE
A poem about the Hmong gardeners
P.B.
City staffer disrupted the Gardeners Press Conference
Dallas B
Support Independent Media
We are 100% volunteer and depend on your participation to sustain our efforts!