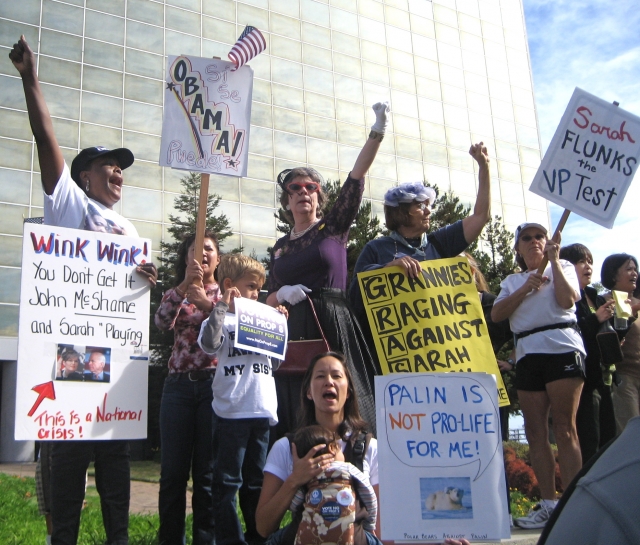 original image (1867x1591)
Sarah Palin flew into San Francisco to attend a GOP fundraiser October 5 but did not speak publicly and didn't stay a minute longer than necessary to collect money in the bay area. Several hundred angry protestors gathered in front of the Hyatt-Regency Hotel in Burlingame, adjacent to the San Francisco airport, to demonstrate their displeasure with the GOP platform. Women were present in large numbers to defend abortion rights. 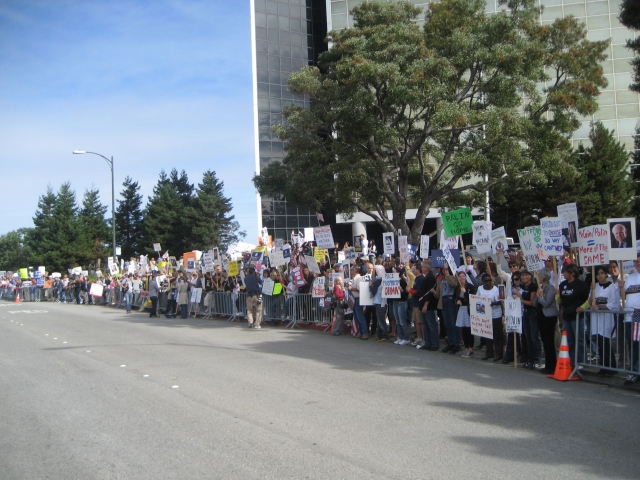 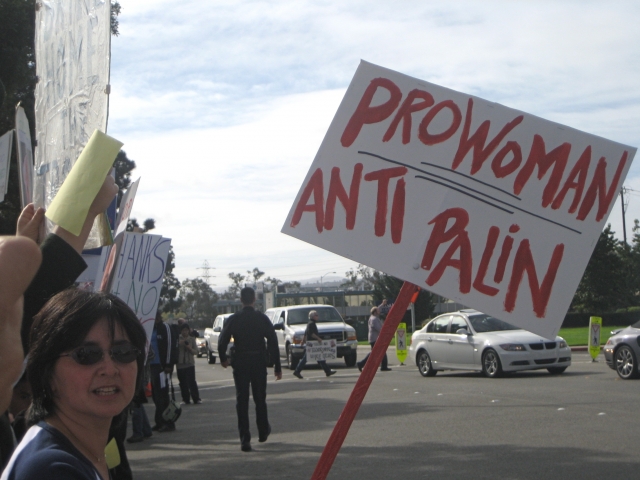 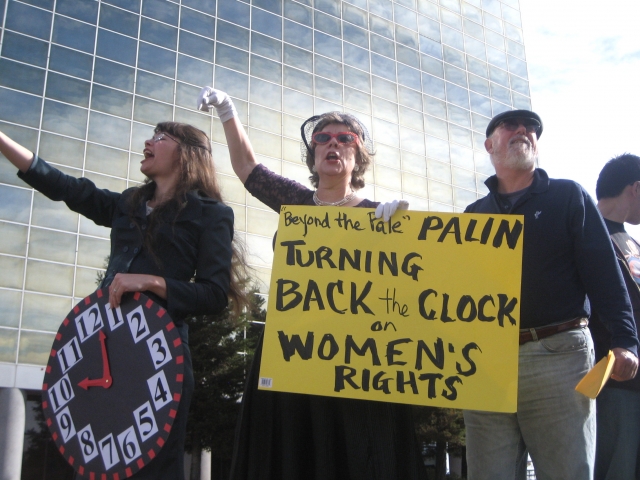 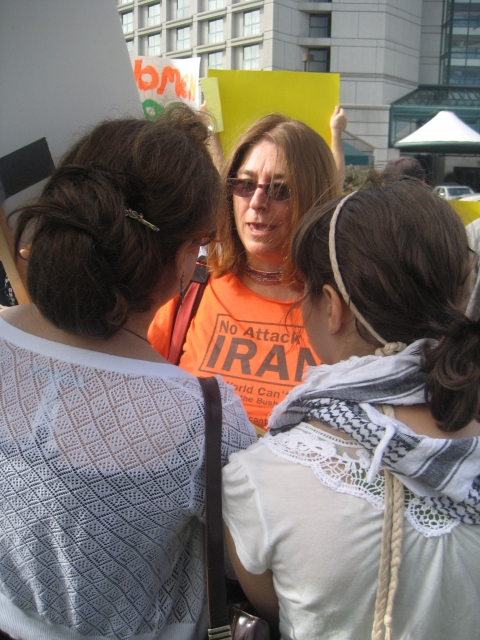 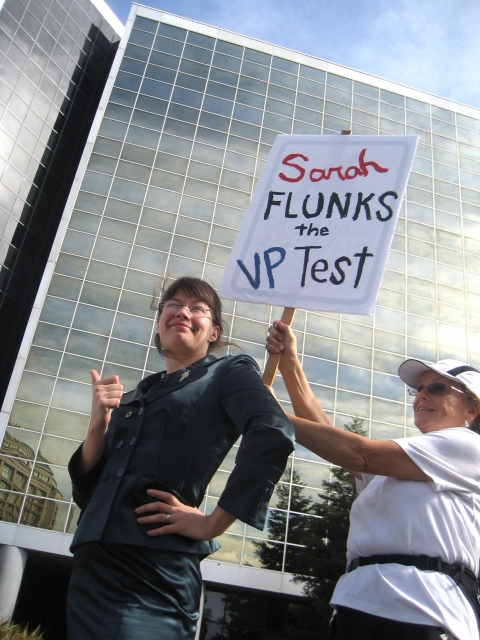 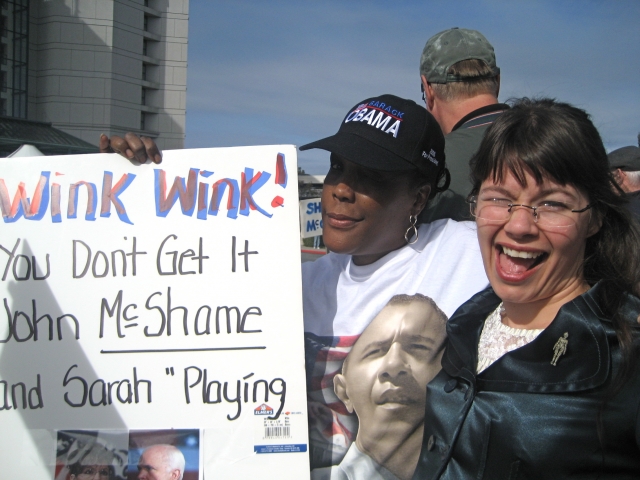 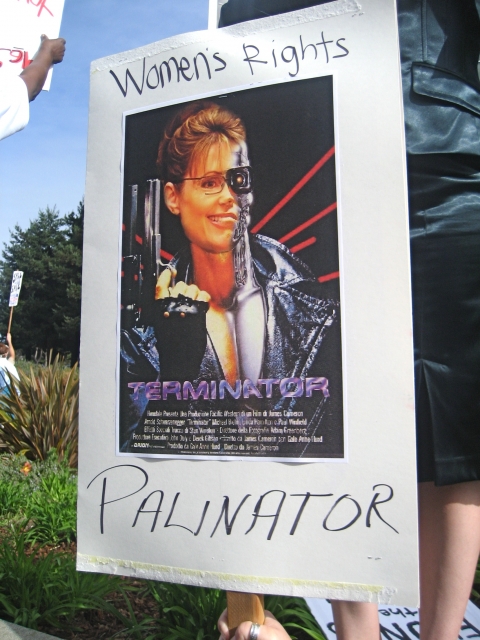 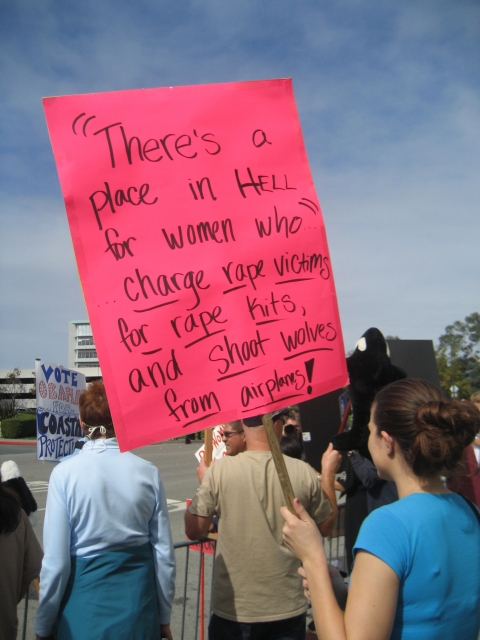 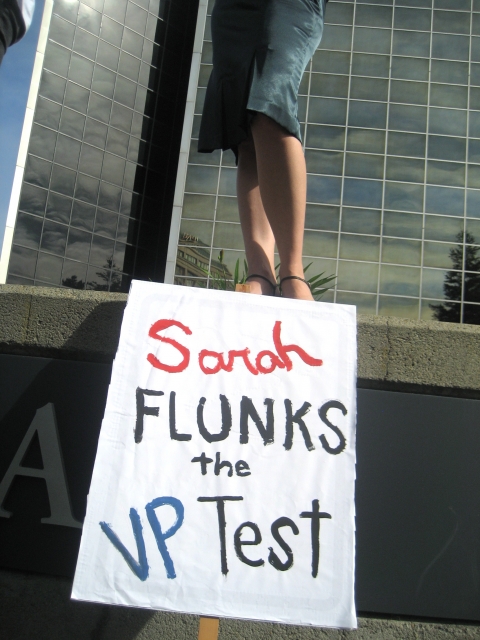 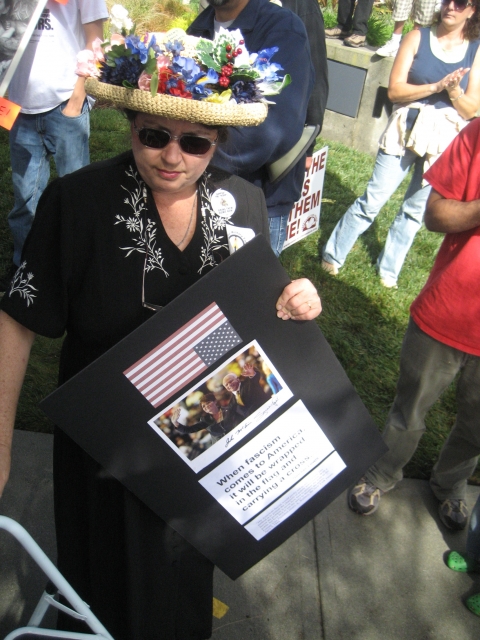 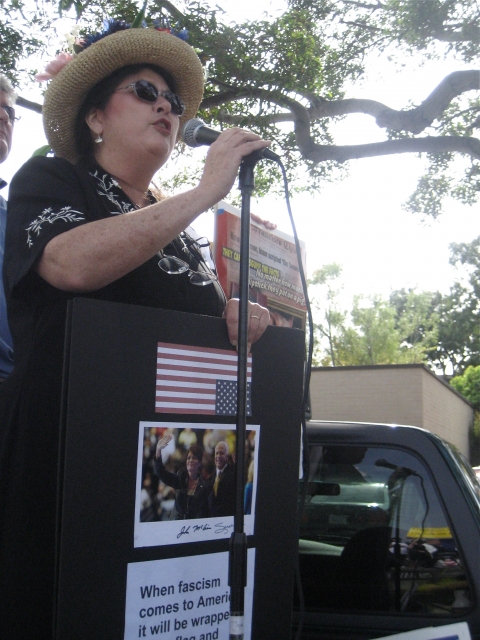 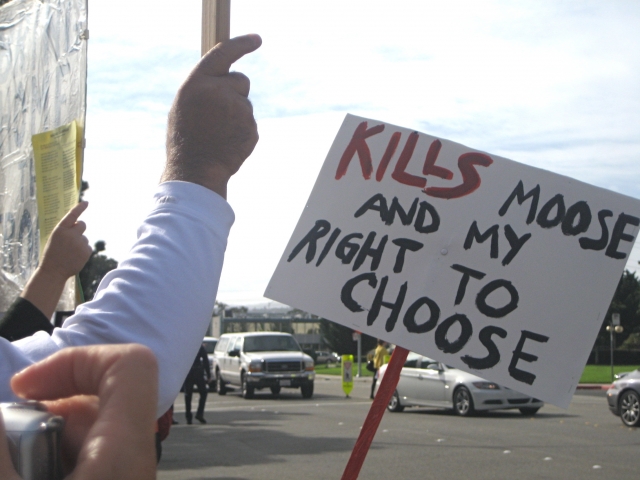 §Thanks all!
by reader
Sunday Oct 5th, 2008 8:02 PM
Thanks for being there for the rest of us.
Add a Comment
§Kudos to all 'beyond the Palin' protestors
by DLi
Monday Oct 6th, 2008 8:20 PM
Too bad I cou;dn't join you courageous & dedicated folks who came out by the hundreds to protest that gun-toting 'Hokey Mom' from Alaska. If I were there, here's what my sign would say:

"What's the Palin doctrine? Guns, Oil & Lipstick to NOWHERE, USA Empire in DESPAIR!"
Add a Comment
Support Independent Media
We are 100% volunteer and depend on your participation to sustain our efforts!