Add an Event
Newswire
Calendar
Features
Home
Donate
From the Open-Publishing Calendar
From the Open-Publishing Newswire
Indybay Feature
Publish to Newswire
Add an Event
Related Categories: Santa Cruz Indymedia | U.S. | Global Justice & Anti-Capitalism | Government & Elections | Police State & Prisons
Labor Day on Kellogg Street at the RNC
by amanda
Tuesday Sep 16th, 2008 3:48 PM
These shots were recently liberated from the St. Paul City Impound. My camera was kept there after the police arrested me along with over 60 individuals, other photographers and media, medics, activists on the first day of the RNC, September, 1, 2008. 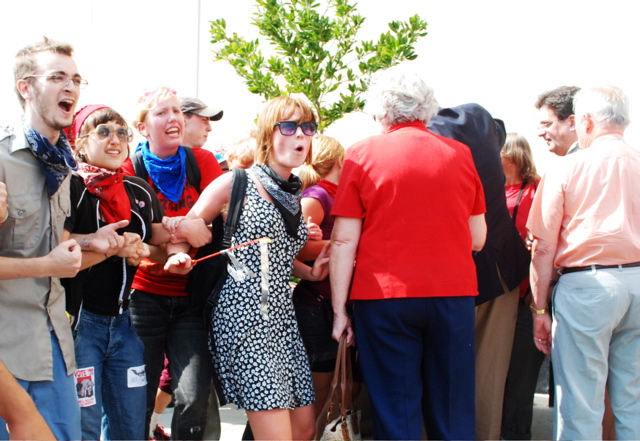 These shots were recently liberated from the St. Paul City Impound. My camera was kept there after the police arrested me along with over 60 individuals, other photographers and media, medics, activists on the first day of the RNC, September, 1, 2008.
§Funk the War
by amanda Tuesday Sep 16th, 2008 3:48 PM 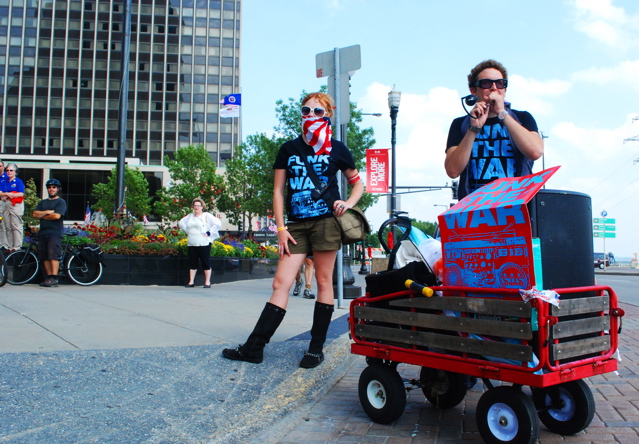 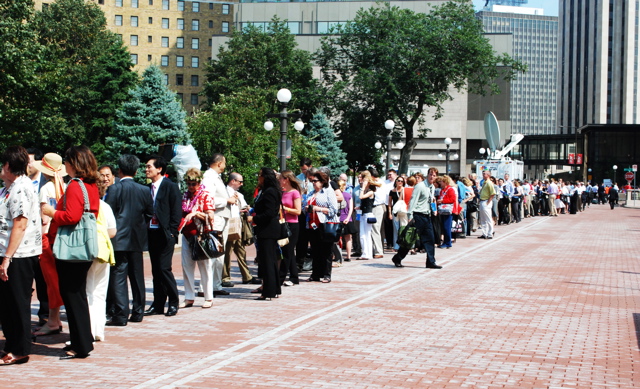 My friends and I tried to join in the Peace March, but riot police had blocked all streets along the march's path. When we asked the officers how we could join in with the public permitted march they replied, "Go that way."

All day police blocked pedestrain thoroughways. "Go that way" was a common response from police when asking how to get around the city. We would follow those directions and meet another police roadblock over and over, trapping us downtown.

On this particular occasion, "Go that way" lead us right to a line of Republican delegates waiting to get into the convention center.
§Activists Line Up
by amanda Tuesday Sep 16th, 2008 3:48 PM 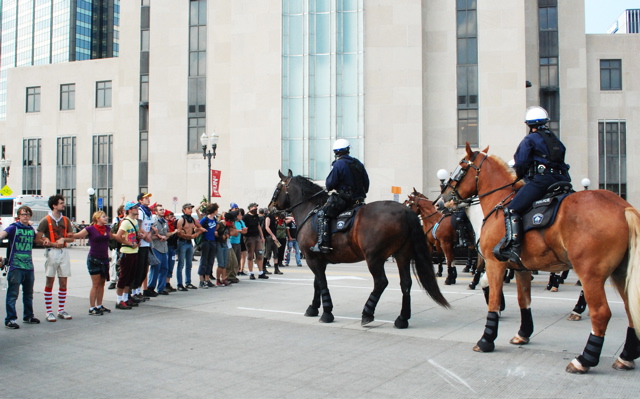 As delegates lined up, so did activists. Activists are shown here on Kellogg Street in front of City Hall in one of many blockades to stop or slow arriving delegates.
§Choke
by amanda Tuesday Sep 16th, 2008 3:48 PM 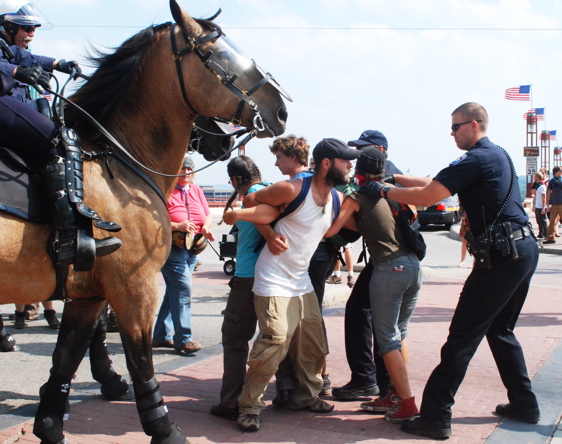 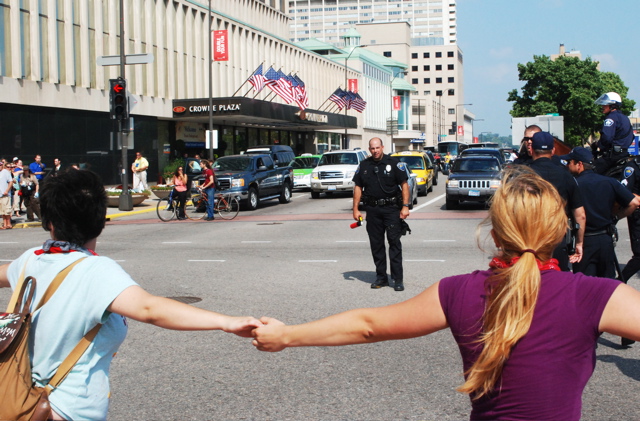 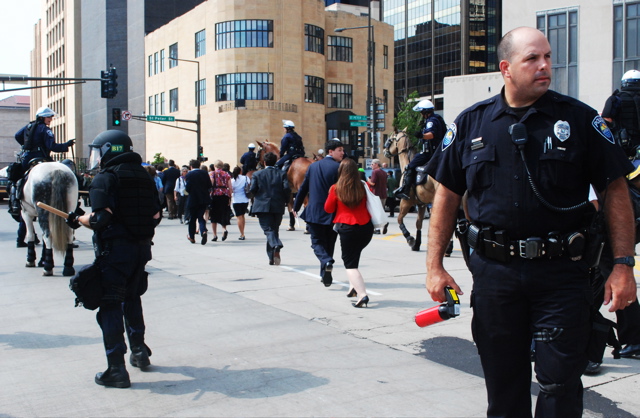 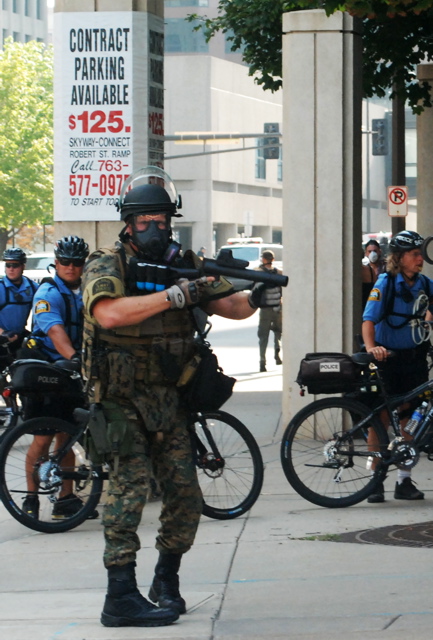 Officers from over 100 precincts around the country were joined by the National Guard in the Twin Cities to work the streets during the RNC.
§They Call These 'Turtle Suits'
by amanda Tuesday Sep 16th, 2008 3:48 PM 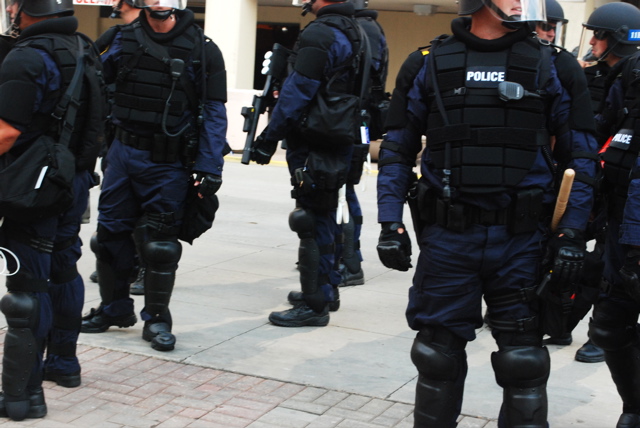 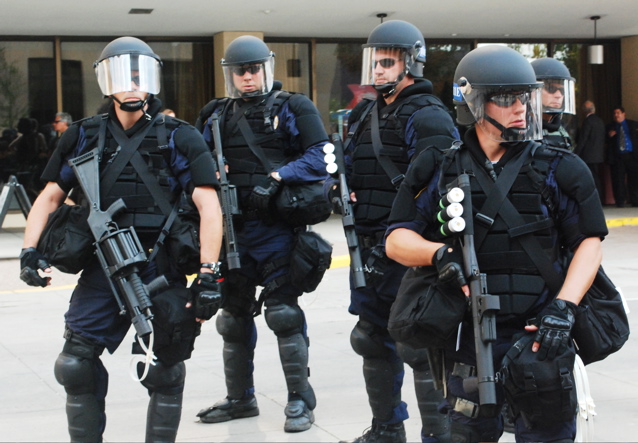 From the Minneapolis-St. Paul StarTribune:
"The deal required the Republican Party's host committee to buy insurance covering up to $10 million in damages and unlimited legal costs for law enforcement officials accused of brutality, violating civil rights and other misconduct."

"It's an extraordinary agreement. Now the police have nothing to hold them back from egregious behavior," said Michelle Gross, who leads Communities United Against Police Brutality."
http://www.startribune.com/politics/national/conventions/27818659.html
§Everything's Shipshape
by amanda Tuesday Sep 16th, 2008 3:48 PM 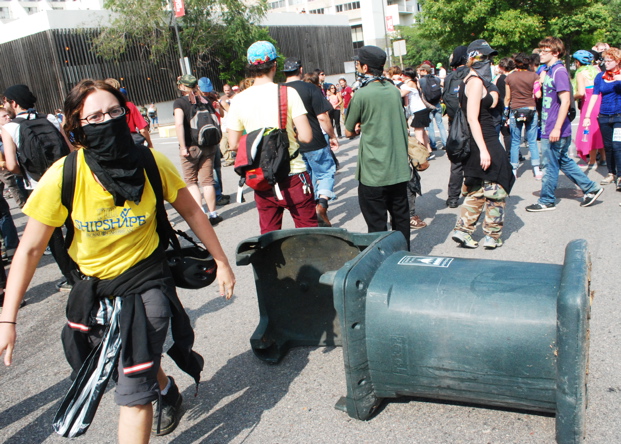 This guy threw hot coffee on the crowd (including me) and spat on one activists face.
§Share the Road
by amanda Tuesday Sep 16th, 2008 3:48 PM 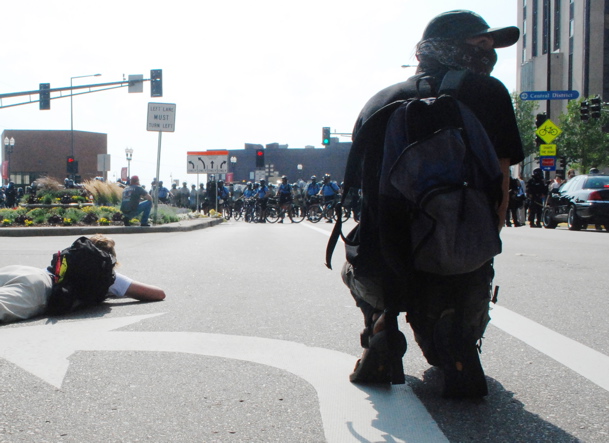 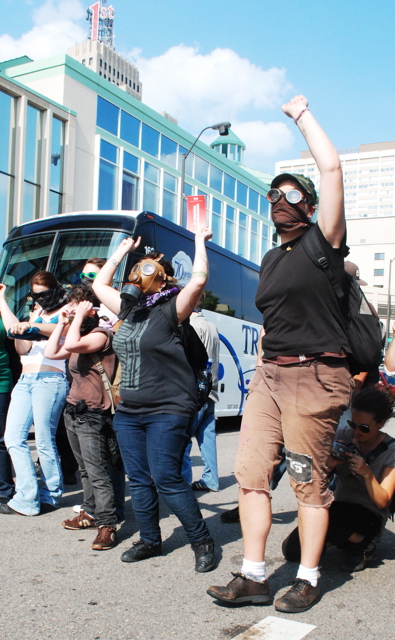 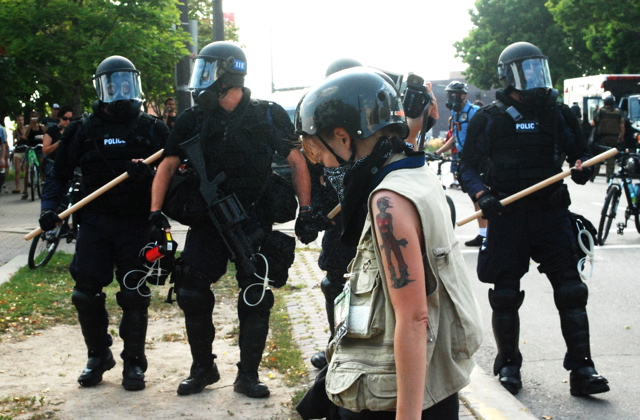 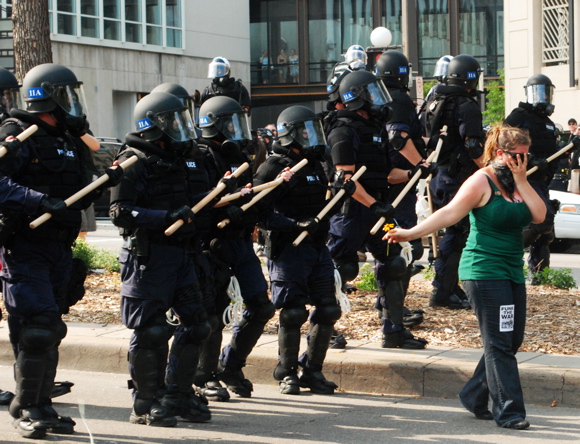 This woman was badly pepper sprayed until someone eventually pulled her away from the front lines.
§Smoke
by amanda Tuesday Sep 16th, 2008 3:48 PM 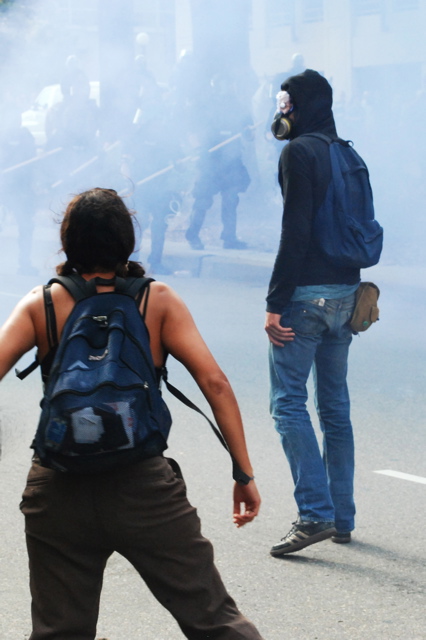 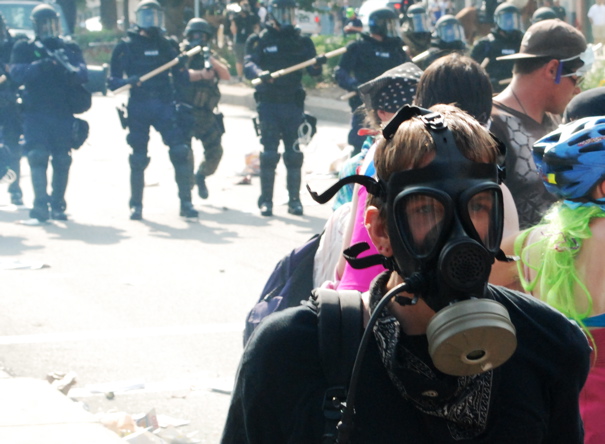 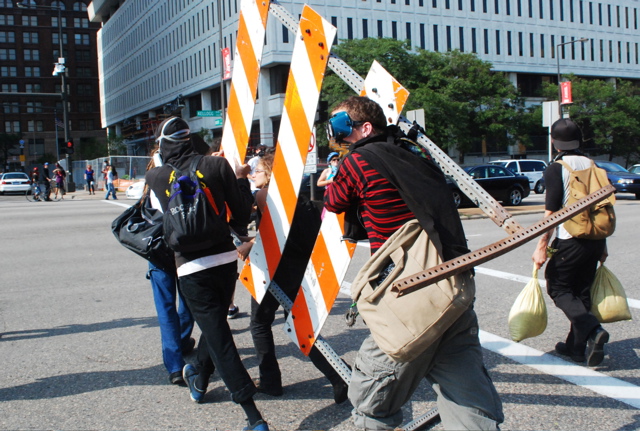 "It felt like the right thing to do at the time. They were coming at us with tear gas and rubber bullets." Said one activist about building barricades in the streets of St. Paul.
§Labor Day on Kellog Street
by amanda Tuesday Sep 16th, 2008 3:48 PM 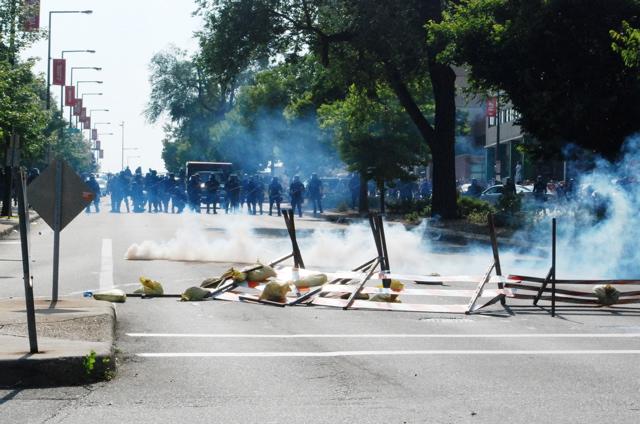