Buy tickets on Friday, Sep. 19, via the festival's website at http://www.mvff.com. 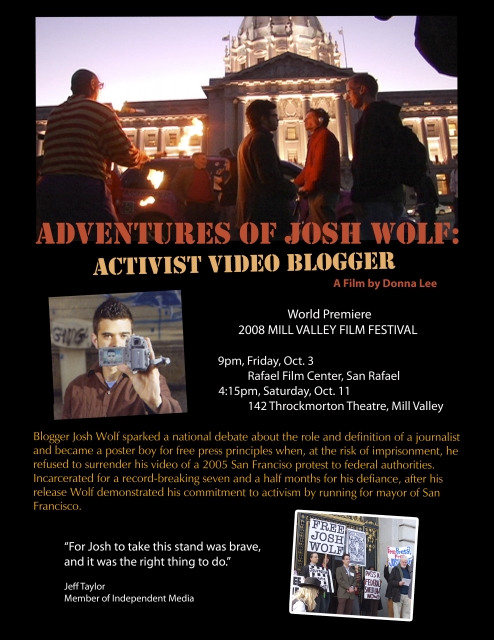 Blogger Josh Wolf gained international prominence and sparked a national debate about the role and definition of a journalist when, at the risk of imprisonment, he refused to surrender his video of a 2005 protest in San Francisco to federal authorities. He consequently spent over seven months in federal prison - the longest in U.S. history for a journalist protecting his source material.

While lauded by members of both the established and 'new' media for his courage and steadfastness in upholding the principles of a free press and the first amendment, Wolf's activism and blogger status has led others to question and challenge his standing as a true journalist. After his record-setting incarceration and release in April 2007, Wolf demonstrated his commitment to activism by running for mayor of San Francisco on the platform of “creating true participatory democracy.”

Through interviews, archival footage, photographs, and on-location footage, this documentary profiles Wolf and explores the issues surrounding his case and its impact on the journalistic community and beyond.