Add an Event
Newswire
Calendar
Features
Home
Donate
From the Open-Publishing Calendar
From the Open-Publishing Newswire
Indybay Feature
Publish to Newswire
Add an Event
Related Categories: U.S. | Anti-War
Iraq Veterans March Against War at the RNC
by Jeff Paterson, Courage to Resist (jeff [at] paterson.net)
Wednesday Sep 10th, 2008 4:37 PM
ST. PAUL, MN (September 1, 2008) - On the first day of the Republican National Convention, 60 members of Iraq Veterans Against the War (IVAW) marched to the Xcel Energy Center convention site to deliver a briefing to the McCain campaign explaining why they are opposed to the war. Wearing their uniforms and standing in formation, the former service people were turned away by McCain's staff, and Wes Davey, Former Master Sergeant and march leader, was forced off the premises after attempting to deliver the letter in person. 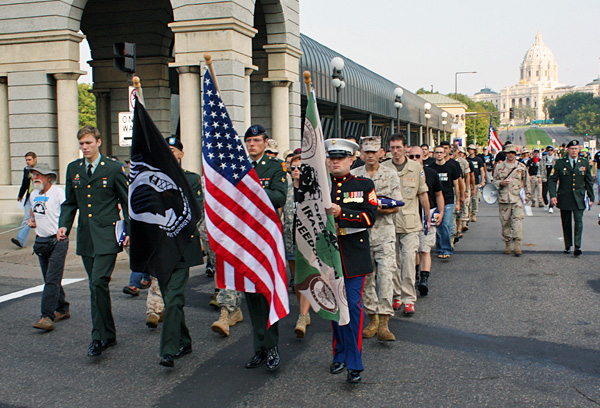 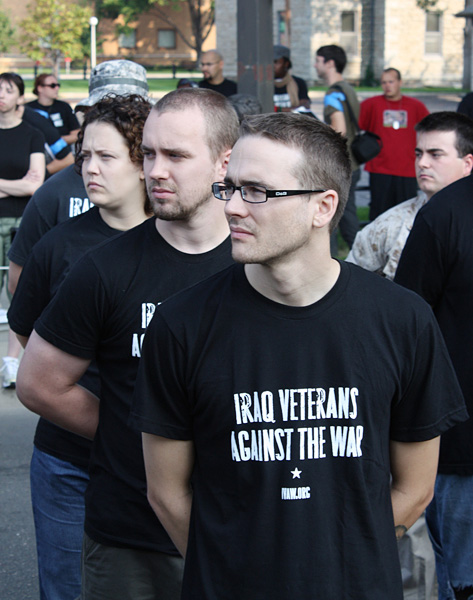 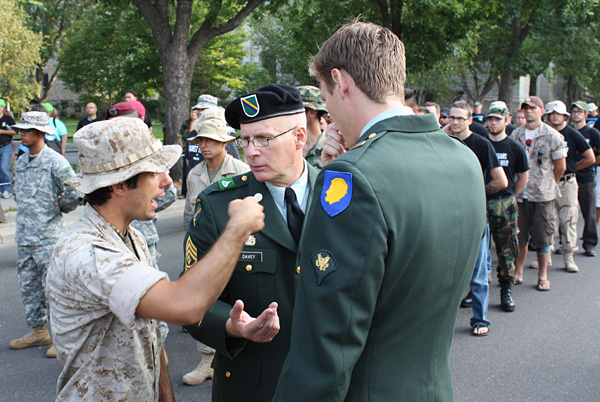 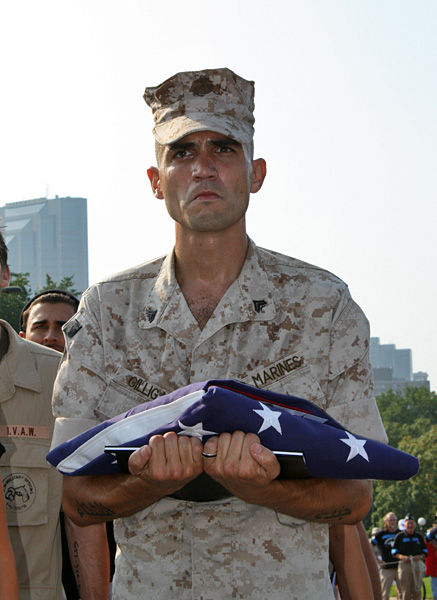 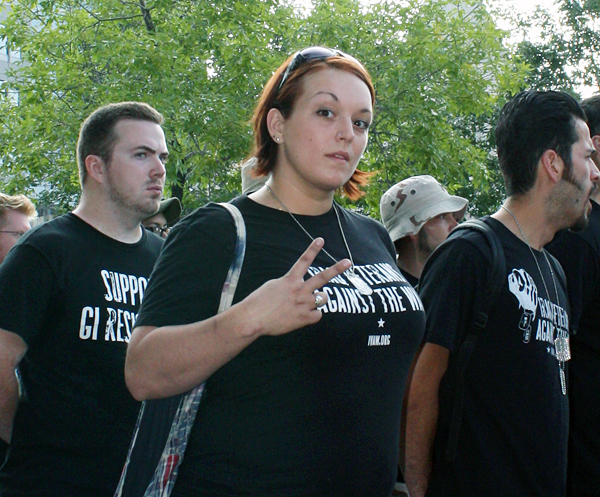 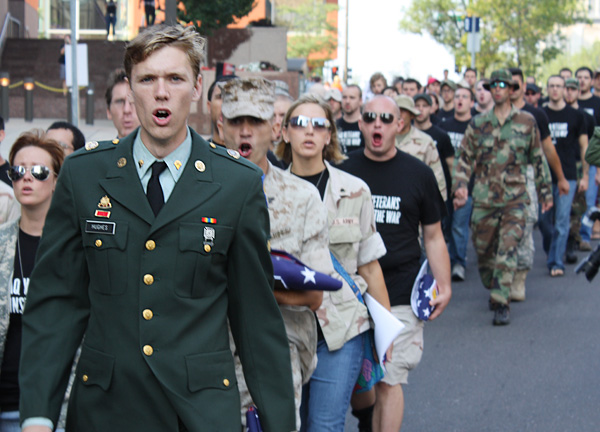 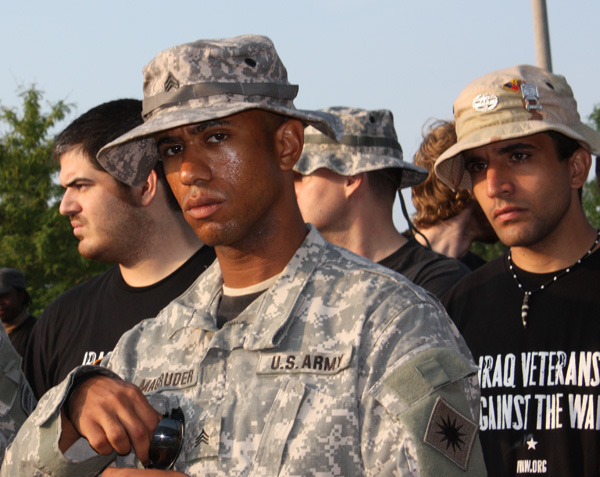 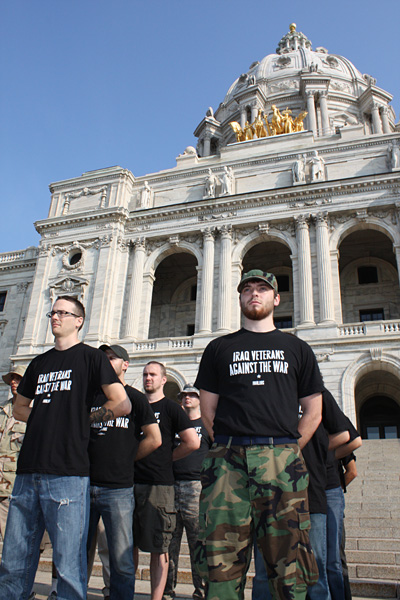 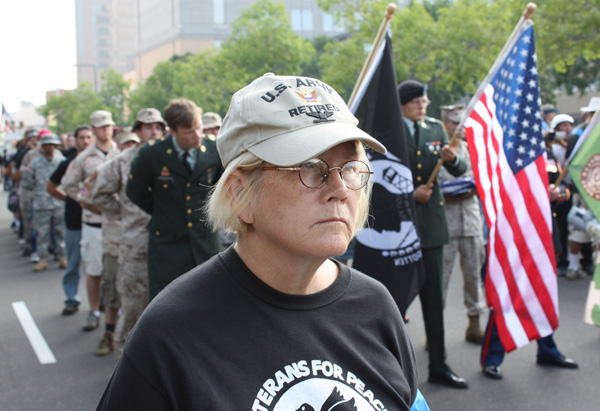 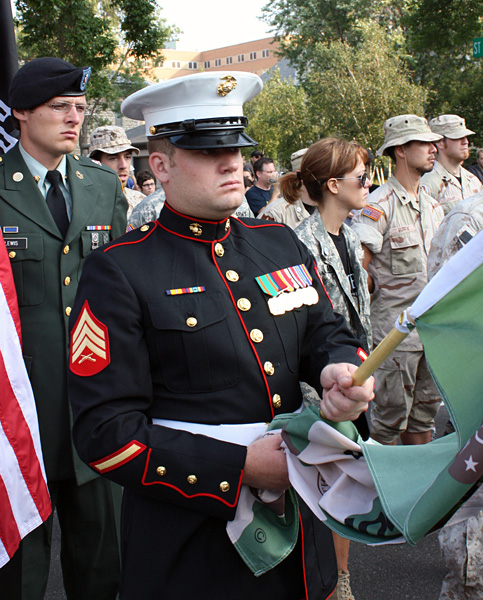 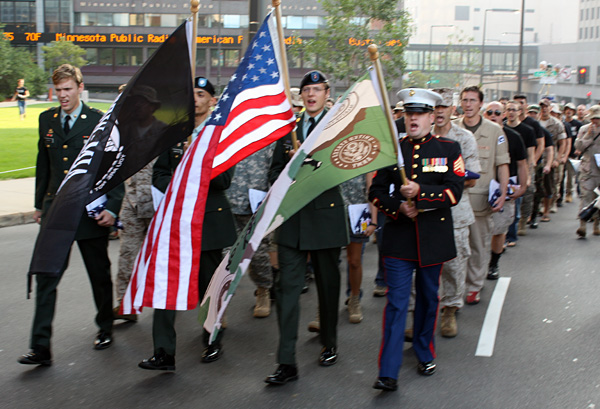 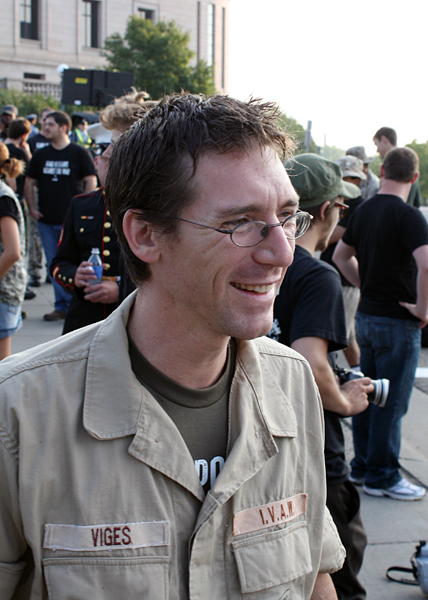 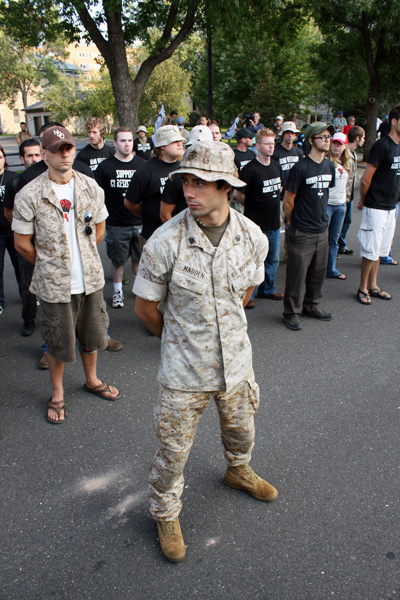 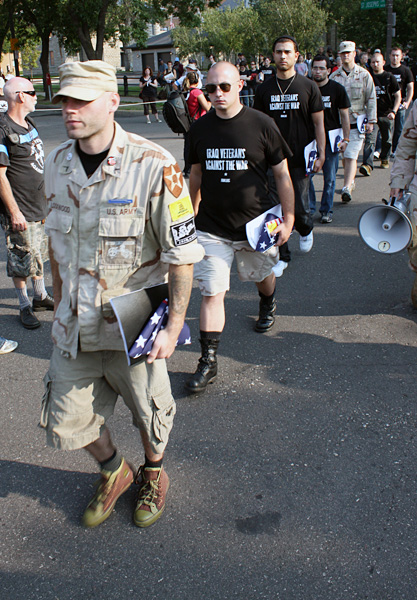 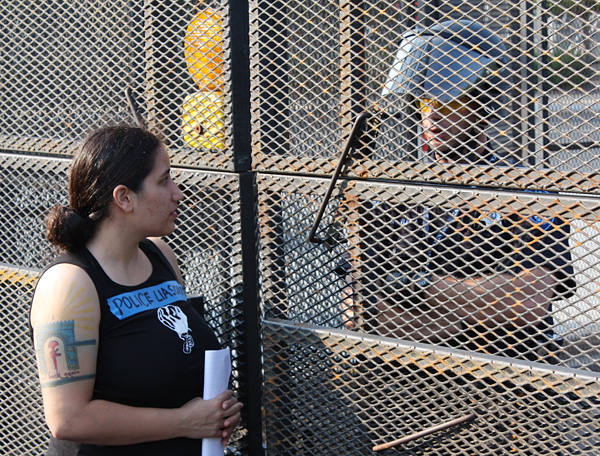 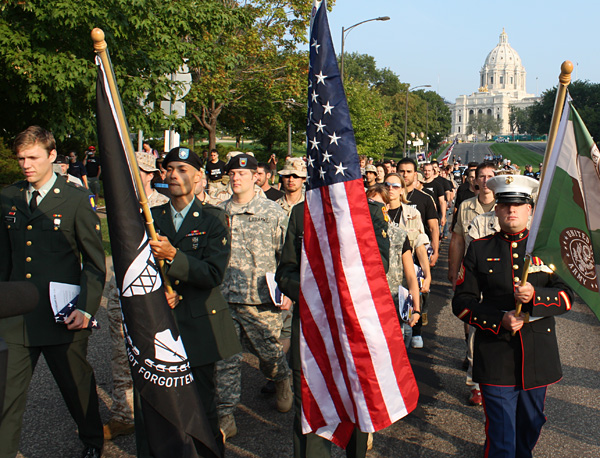 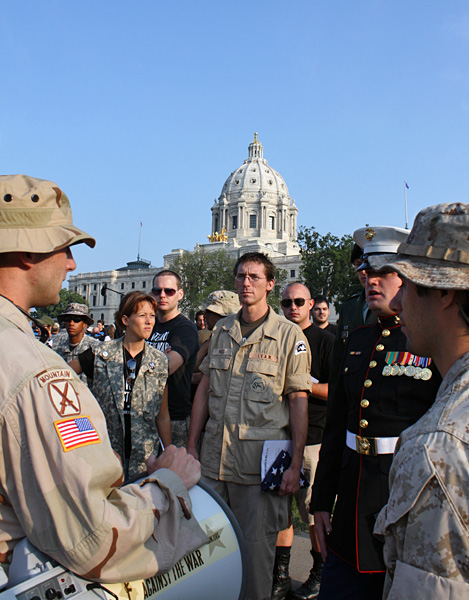 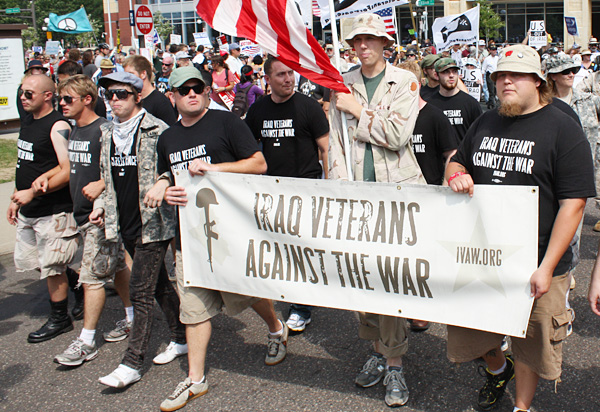 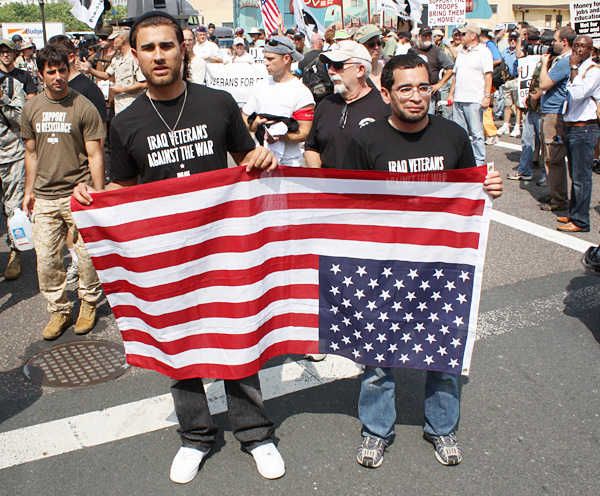 http://www.ivaw.org
Add Your Comments
LATEST COMMENTS ABOUT THIS ARTICLE
Listed below are the latest comments about this post.
These comments are submitted anonymously by website visitors.