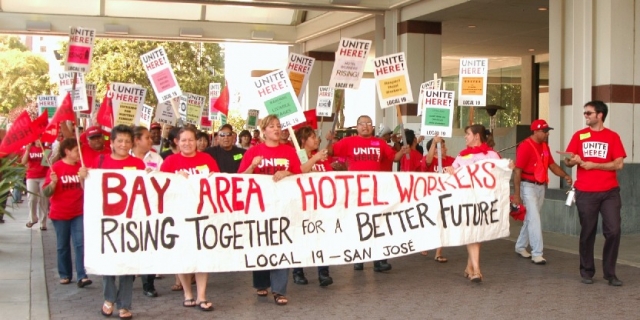 original image (832x416)
Nearly 300 hotel workers of the labor union Unite Here! Local 19 rallied in front of the San José McEnery Convention Center in the late afternoon of September 4, 2008 to draw public attention to the daily struggles of hotel service employees. Then they marched to three downtown hotels that are currently undergoing contract negotiations – the Marriott, the Hilton and Towers, and the Crowne Plaza.

Leonarda Piñeda, a housekeeper at the San José Marriott, illustrated the first two issues by recounting her story: “Cleaning fifteen rooms a day is exhausting. But eight years ago, I decided I couldn’t support my family with the salary I earn as a housekeeper. I started working at a restaurant as well. I work seven days a week, every week.” In joining the 2008 contract campaign, she says, “My dream is to have one job that pays enough so I have more time and energy for my kids.”

In 2001, Piñeda injured her wrist while lifting the increasingly heavy mattresses in modern hotel rooms. Cleaning 15 rooms per day typically means making more than 20 beds. Yet in her current job at the Marriott, even after five years of employment, she still makes only $11.40 per hour.

Altogether, Unite Here! Local 19 is negotiating contracts with six hotels in Santa Clara County, affecting well over 1000 workers and their families. The other hotels undergoing contract talks are the Wyndham and Holiday Inn hotels in San José, and the Hilton Hotel in Santa Clara. If successful, the contract settlements could be a milestone in establishing limits on workloads and improved wage levels that will likely set an industry standard for Silicon Valley.

The union local’s business manager, Enrique Fernandez, said that while nobody wants a strike, the workers expect a successful contract settlement.

San José Vice Mayor Dave Cortese assured the hotel workers of the support of the city of San José. He recognized that current wages paid to hotel service workers in the city are well below a “liveable wage.”

Several hotel workers spoke at the rally about excessive workloads and their inability to support a family on the full-time wages they receive. Phaedra Ellis-Lamkins, Executive Director of the South Bay Labor Council, spoke in support of the hotel workers’ contract campaign. Reverend Rebecca Kuiken, Director of the Interfaith Council and a leader in the “Labor in the Pulpit” project, spoke and prayed in support of the hotel workers’ struggle for social justice. Anu Mandavilli of the San José Peace and Justice Center assured the workers of community support by saying, “You are not alone.”

Currently in the San José area, hotel housekeepers and dishwashers earn an average of $24,000 per year. This compares with the high cost of living in the area, estimated to be over $62,000 for the basic needs of a typical family of four. This not only forces both parents to work, but requires many to work two full-time jobs.

The contract negotiations in San José come in the wake of San Francisco hotel workers signing a new 5-year contract in September 2006, raising average annual wages from $30,000 to $36,000 over the course of the contract. The 4,200 hotel workers of Unite Here! Local 2 also won expanded healthcare benefits, a nearly 70 per cent boost in pensions, and slightly reduced workloads for housekeepers.

Thus, unionized San José hotel workers earn 20-30 per cent less than their counterparts in San Francisco. This still does not account for the non-union hotel and motel workers whose pay and benefits are typically still lower. One aspect of the Hotel Workers Rising movement in North America is to unionize more hotel service employees in order to help ensure them more liveable wages and rational workloads. A further critical step in this process is moving from union card agreements (acuerdo de tarjeta sindical) to holding NLRB (National Labor Relations Board) elections to obtain official union recognition and to avail of certain protections under labor laws.

While hotels tout luxury and convenience for their guests, they do everything to keep the actual working conditions of their hospitality workers out of sight and out of mind. Calvin Miaw, a spokesperson for the union, responded, “Companies need to understand hotel workers are not invisible.” 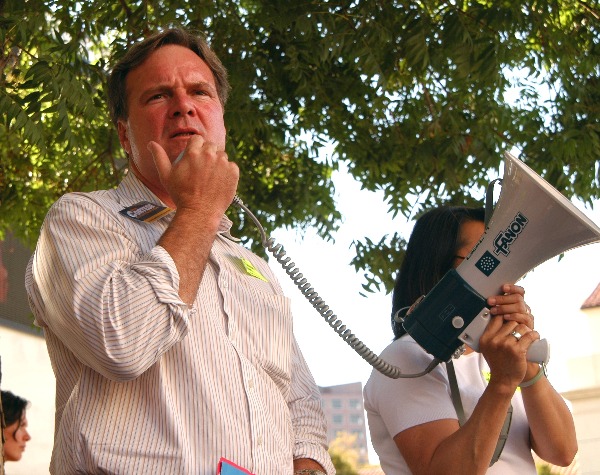 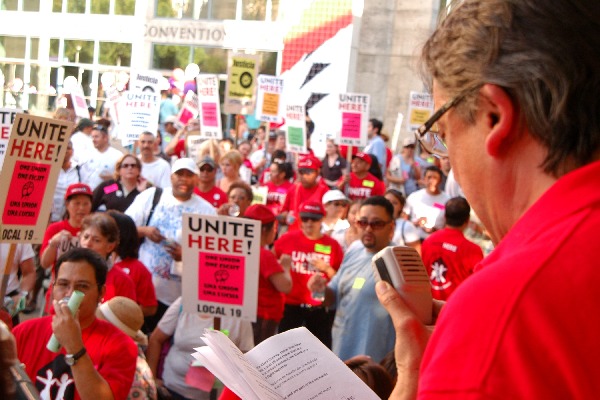 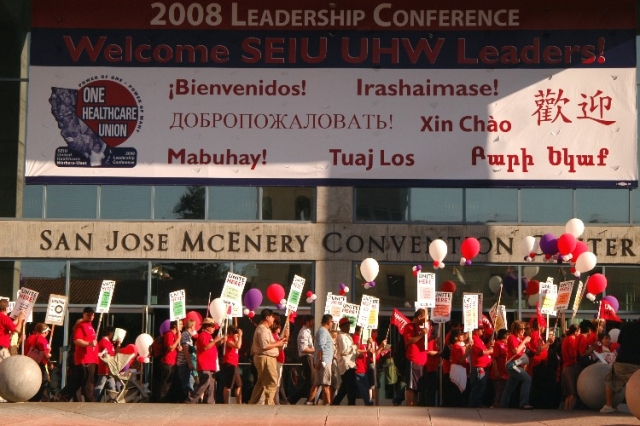 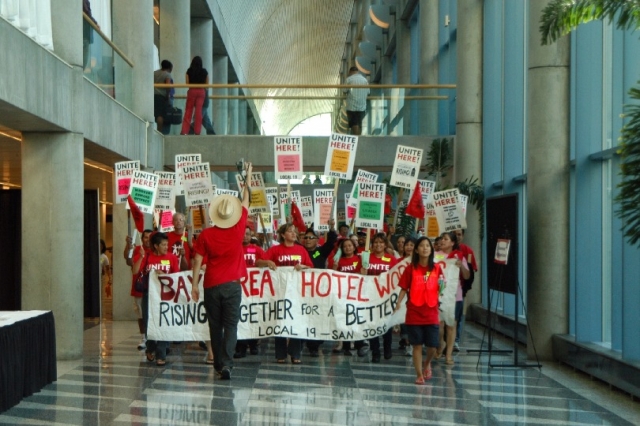 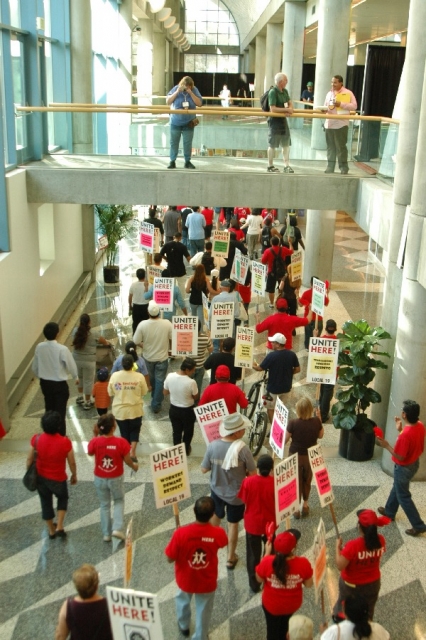 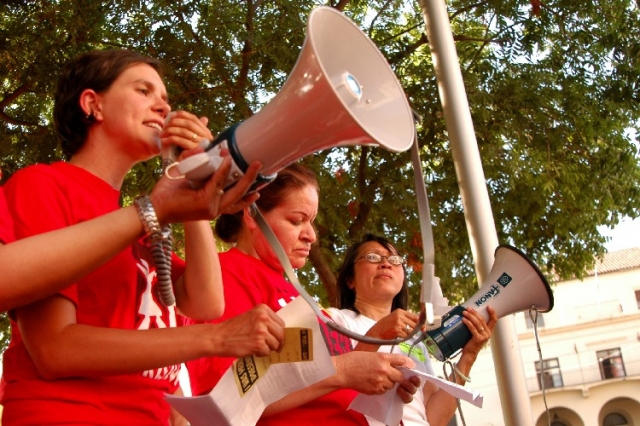 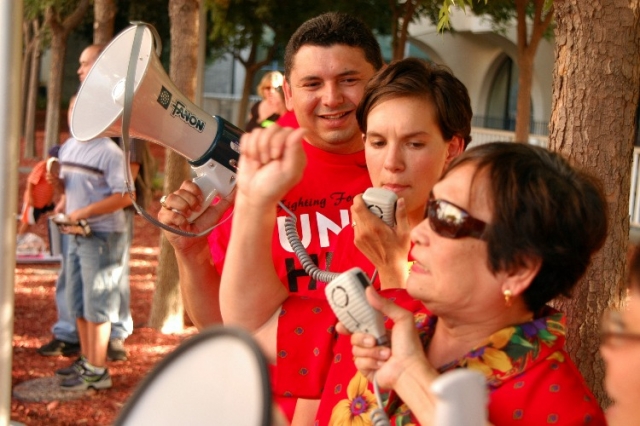 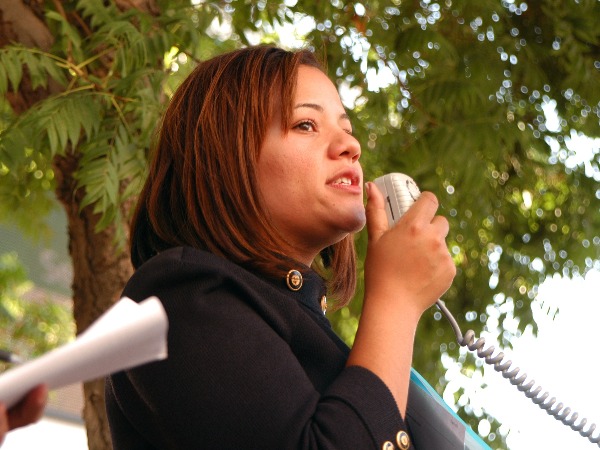 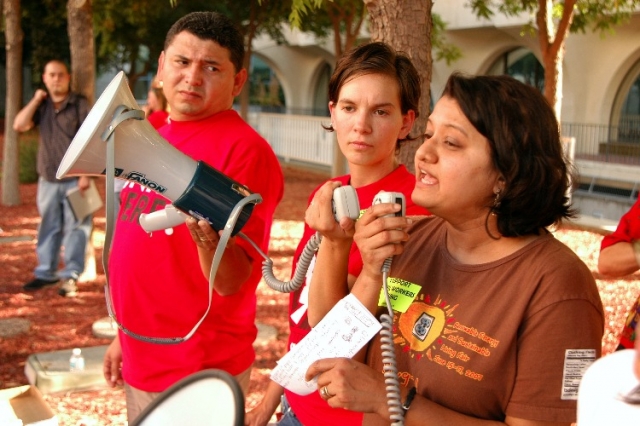 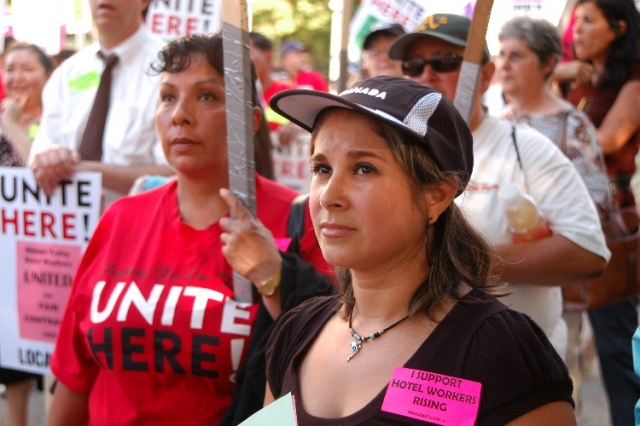 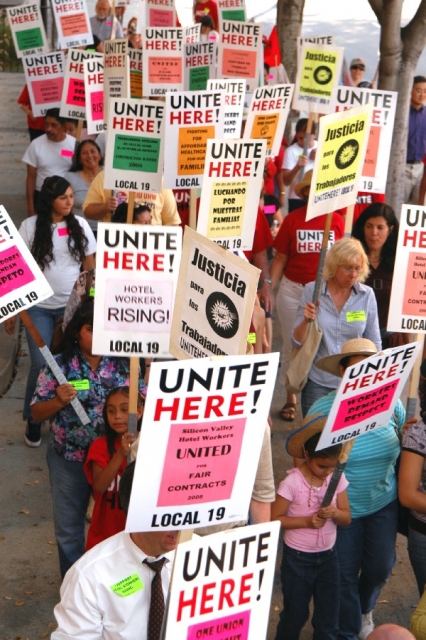 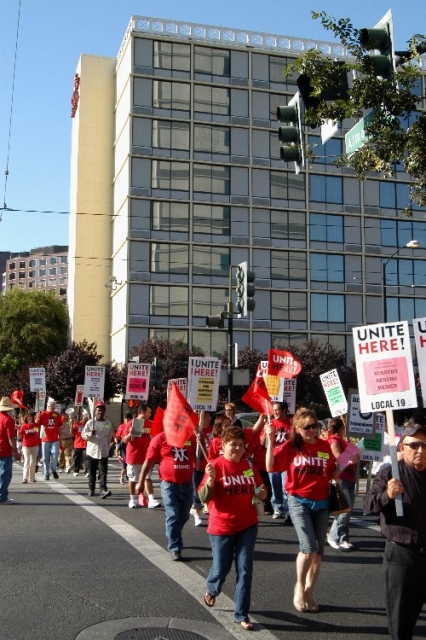 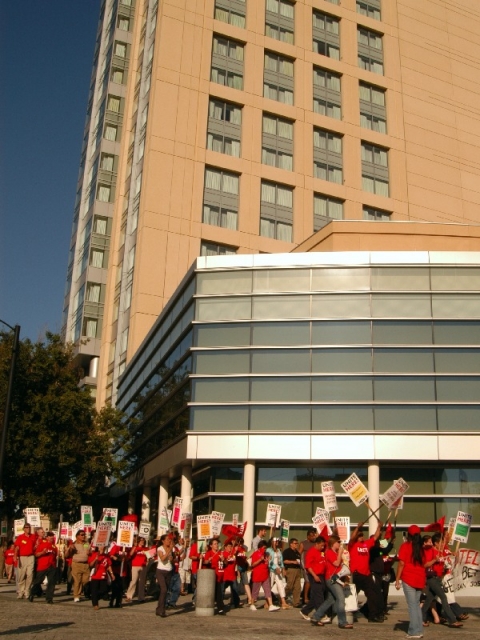 §Correction to article
by irlandeso
Tuesday Sep 9th, 2008 12:19 AM
"A further critical step in this process is moving from union card agreements (acuerdo de tarjeta sindical) to holding NLRB (National Labor Relations Board) elections to obtain official union recognition and to avail of certain protections under labor laws." Whoever wrote this should really know what they are writing about before they write it. This statement should actually read that something along the lines of "A further critical step in this process is moving from NLRB elections, which allow the employer to intimidate workers and engage in various illegal anti-union behaviors, to card check agreements which are being pushed under the proposed Employee Free Choice Act."
Add a Comment
Support Independent Media
We are 100% volunteer and depend on your participation to sustain our efforts!