Organized by a local nonprofit led by three motivated young progressives, Ripple Effect was Substance’s (the organization behind the event) first step in a series of efforts to manifest a united intergenerational front. These events are aimed at embracing the core values of the environmental and social justice movements, with a collective understanding that the solutions to these problems will require us to break down issue and generational barriers.

Ripple Effect - a daylong festival propelling a new wave of progressive action outside the RNC - went beyond the convention and beyond partisanship to empower and unite a diverse range of people with varying backgrounds and interests. 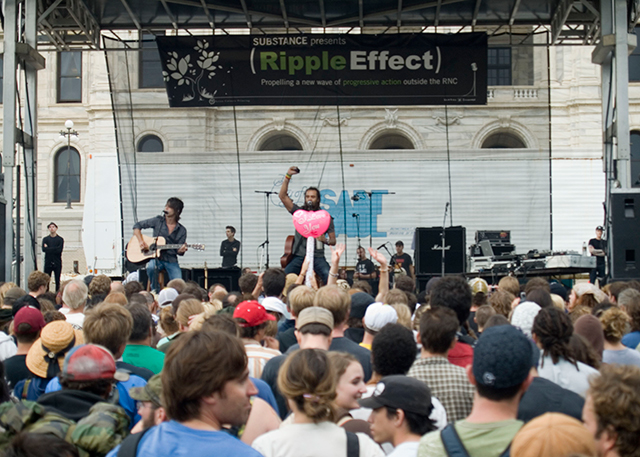 This past Tuesday, the “Ripple Effect” began on several levels. Thousands of people gathered on the Capitol Lawn and connected with progressive organizations and each other, ensuring a movement of constructive, positive, progressive action. The entire day was filled with peaceful interaction between law enforcement, demonstrators, and the general public.

Unfortunately, Substance (the organization behind the event) was forced to forfeit a surprise performance by Rage Against the Machine due to intervention by Capitol Staff and State Law Enforcement.

Despite their permit, which granted them use of the area until 7 PM and held no artist-specific provisions – Capitol Grounds Staff chose to cut power to the stage at approximately 6:45, ten minutes after Rage Against the Machine had been held up by state troopers blocking their entrance to the stage, leaving thousands of anxious fans waiting on the State Capitol Lawn. After 20 minutes of crowd chanting that included “Let Them Play,” “Music is not a Crime,” “We’ll be good, we promise,” and a riveting rendition of the national anthem the band came into the crowd and performed an acapella performance of two songs through a megaphone. The crowd then spontaneously marched to the RNC and met up with the Poor People’s March.

After a day of education and involvement, an impact was made from which positive progressive action will continue to Ripple out - well past the RNC.
§Flower Art
by ~Bradley Thursday Sep 4th, 2008 12:27 PM 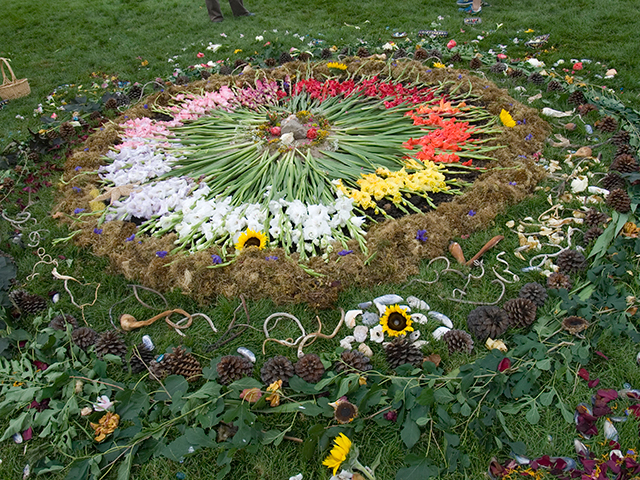 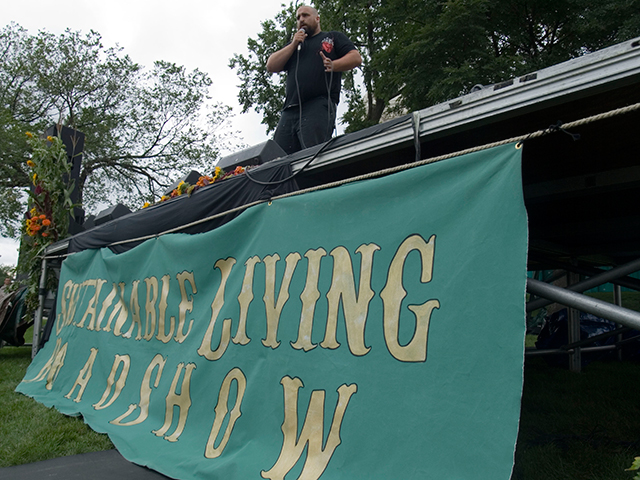 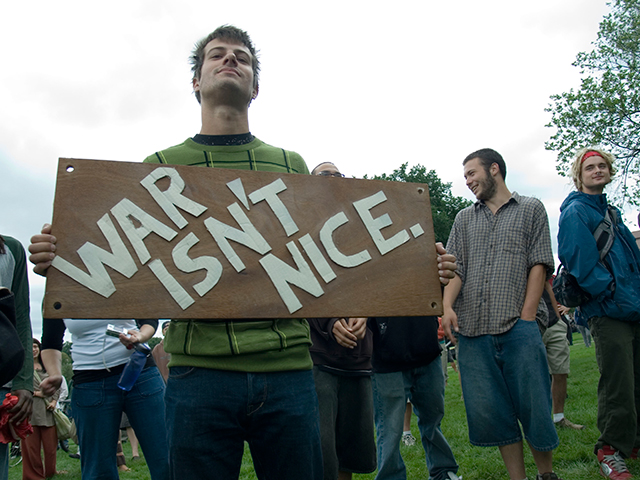 §Beyond the Convention, Beyond Partisanship
by ~Bradley Thursday Sep 4th, 2008 12:27 PM 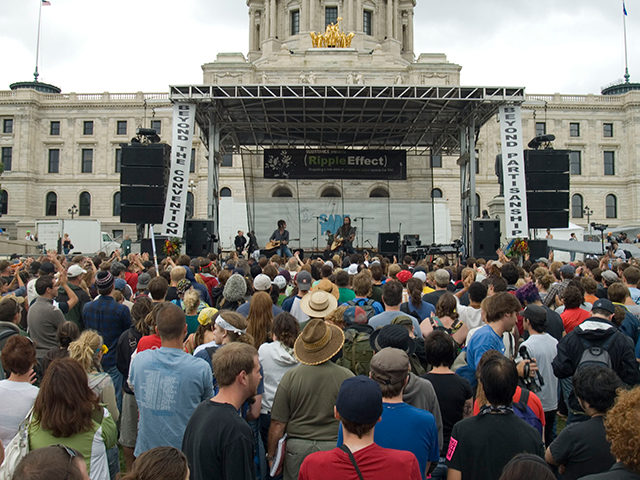 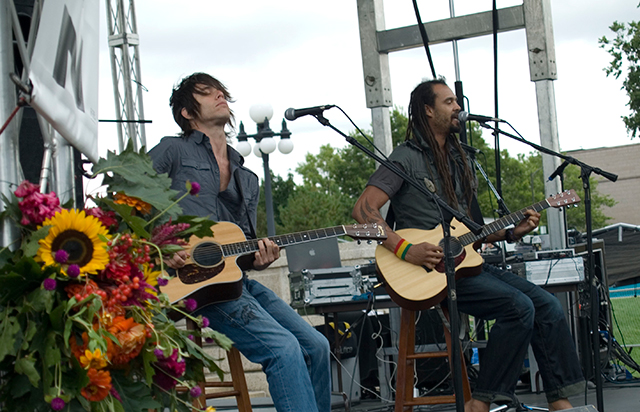 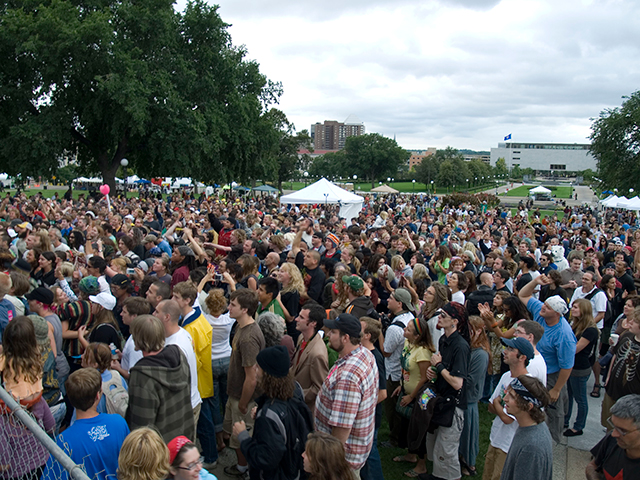 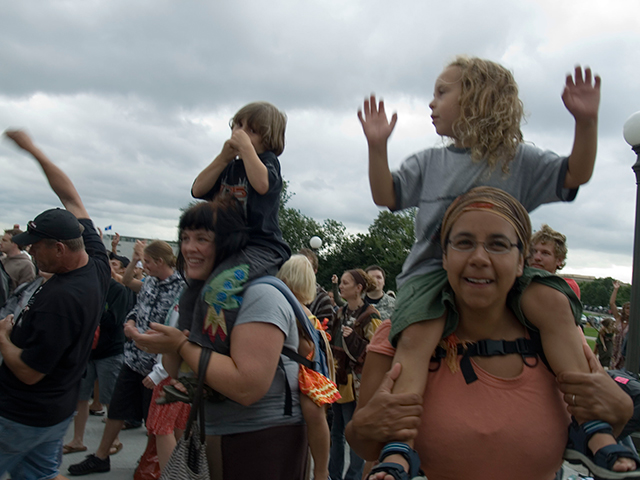 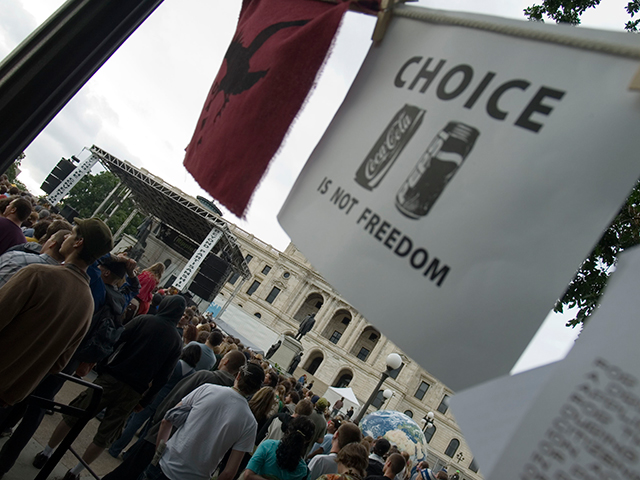 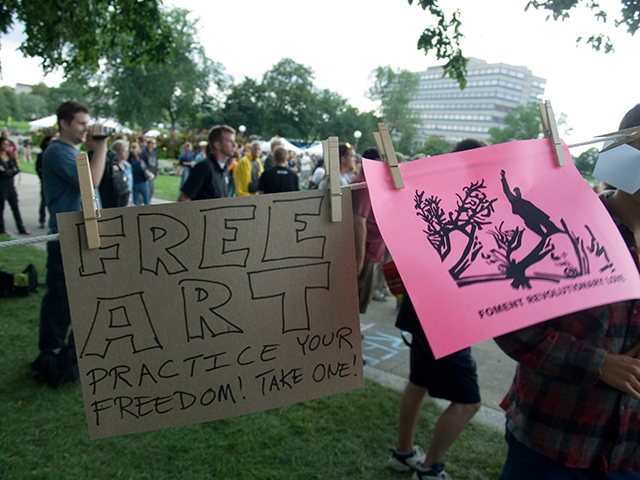