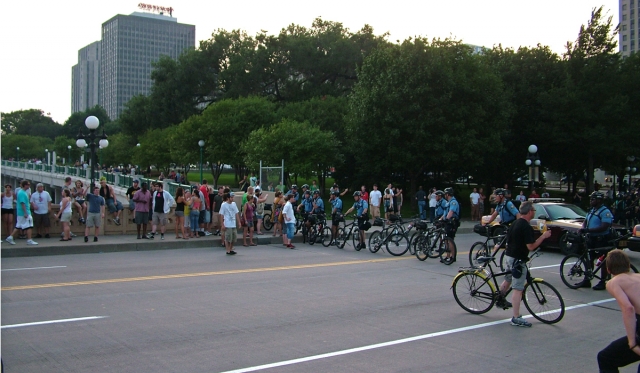 original image (1200x700)
The whole reason why I went to Downtown ST Paul was to see a SIEU sponsored concert that started at 12 pm to 715pm.
The headliners were Atmosphere, Mos Def, and the entire group of the Pharcyde.
Because of all of the security I had to park about 45 min -1hr of walking distance away from the show in order to get around all of the closed streets and sidewalks.
Upon the beginning of my walk I snapped a photo of the building of the xcel. pretty much the closest i could get. the photo is labeled xcel.jpeg. I found it very fitting to see the spiked fence and the huge fox news logo next to the logo of the stampeding and stomping republican elephant logo.

After making it around the xcel center (rnc location) i crossed the bridge to get to the concert. on a side note, the concert was located at harriet island in saint paul. I included a google map of the route we took.

the bridge closest to the xcel center, you were only allowed to walk onto the island one way to the show, but not allowed to cross back over.

when i got to the show, mos def came right on for a quick set, then pharcyde was the shit.

the thousands of concert goers were released and began to make the looong walk back to our cars (most of them parked in downtown st paul). We began to walk back to the Wabasha bridge, closest to the xcel center, but there were 3 dump trucks filled to the top with sand, and 2 patrol cars blocking the bridge to cars and people....WHO THE FUCK IS GOING TO RAM OVER THE BRIDGE?? are dump trucks really necessary? in that sense nothing was necessary. but i continue...

The MC from the concert told us in advance right at the end of the show that the wabasha was closed to cars and people and the Robert street bridge was the one we needed to take to walk back to cars..(because as u can see in the google map, the Robert bridge is a good 5 blocks from the RNC location...

We began to joke amongst my friends that what if they were to just lock all of the hip hop heads down on the island for the rest of the 3 days of the RNC to keep tabs on us and just launch food over. LOL. Well we were on the right path because after being allowed to cross the Robert bridge, we get to the other side to find a line of bike cops... behind them a line of patrol cars .... behind them a line of miniVans. they blocked us on the bridge... when we had nothing to do with the fucking rnc. we just wanted to go home after an 8 hr music festival. and hours of walking around barricades. not to mention that the State of ST paul had to fucking sanction the concert...

Pictures of this are the lines of police and riot police.

We kept saying to them that we got out of a concert and wanted to go home... told them that the other OFFICERS told us to come here.... What is the point of a radio if u dont use it?? We said let us through, we are not part of a protest to the RNC... but if u dont let us through we are about to be a fucking protest.

Because apparently riot squad has not learned how to speak yet... the mini vans instantly emptied out and in front of the bike cops was now a line of intense ass riot police soooo eager their recently bought shin guards and newly buffed wooden sticks.

a cop car plowed through the people to close off the other side of the bridge... that is when i started getting scared because we could see at least one cop with tear gas gun... and we were trapped on a bridge... no where to go.

Millions were spent on defense ... from what.

The local police were nice enough to talk to us, but at the same time still very frank and were clearly not there to be conversational.
Some of the riot police were very nice and seemed just as tired as us... it was a hot fucking day and they had 50 pounds of armor on.

the soldiers also were just following orders, but it was all just another example of the money wasting that we love to do on weapons and defense. .

Nevertheless there was a st paul police van that drove from the concert over the bridge to the front of the riot squad and told them to let us through.
in celebration of not getting our fucking ass beat, we began to chant "STAND DOWN STAND DOWN STAND DOWN!" lol.

Which seemed just to spite the Repubs.

Thanks to those who wrote up the story and the friends of SCAR Media.
photo credits. Paul Escalante
§Police Line
by SCAR Media Collective and friends Tuesday Sep 2nd, 2008 1:04 PM 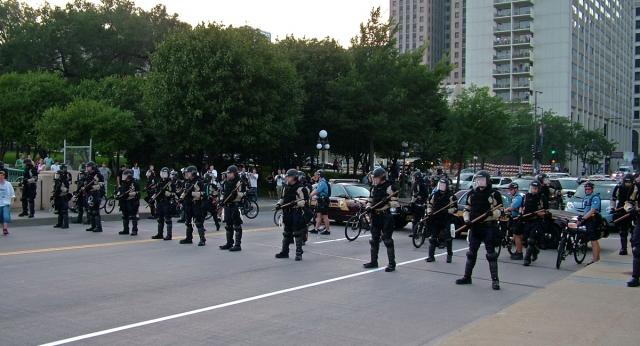 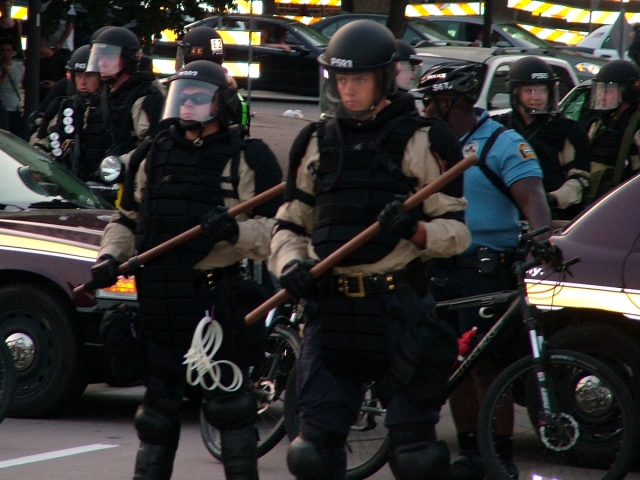 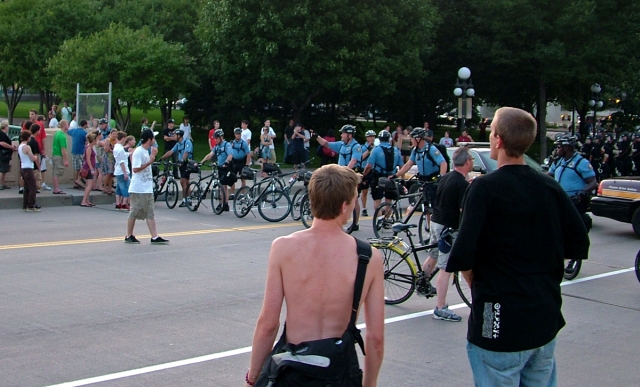 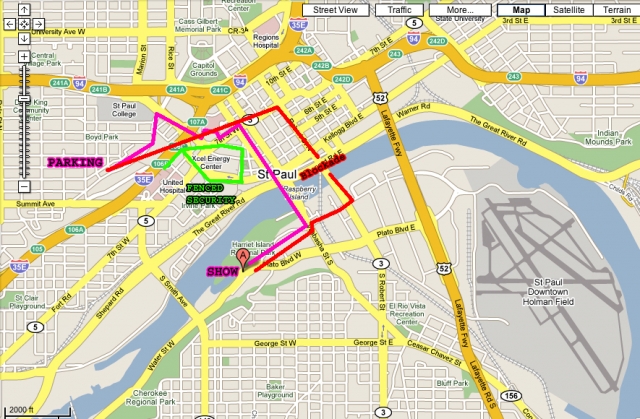 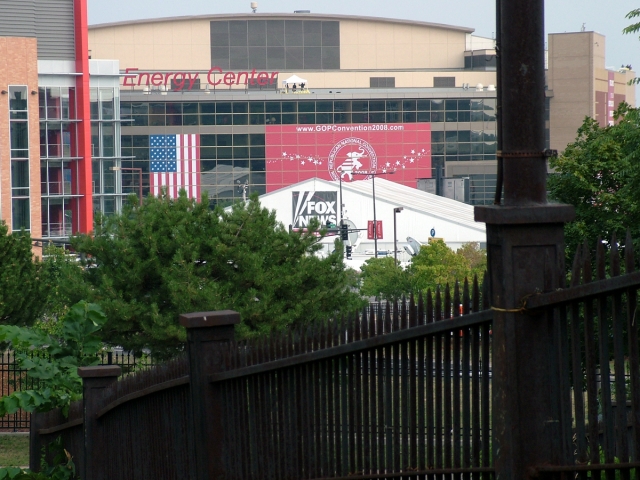 original image (1200x901)
Add Your Comments
LATEST COMMENTS ABOUT THIS ARTICLE
Listed below are the latest comments about this post.
These comments are submitted anonymously by website visitors.