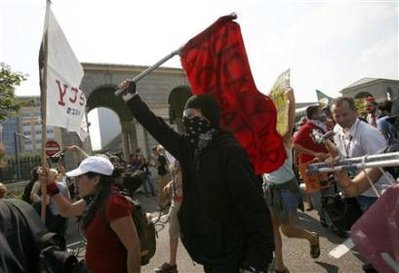 Not Broadcast, but uploaded to DC Indymedia(total show length is limited)

http://dc.indymedia.org/usermedia/audio/7/jay_day3_march_steps_off.mp3
"Raid Montage" is a recounting of the Night of Terror by a number of people. Backing music is of course the Imperial March

RNC Battle Mix" is a blow by blow account from Twin Cities Indymedia razorwire of the mid-day actions, as read out on a phone by a DC activist for radio broadcast. Intro to this is set to stirring music from the Lord of the Rings-as the Elves rush the Orcs in battle!

**Nicole reports from the field of battle***

***Isis reports ***
on police mass detentions, mass
arrests, and fears of raids on Food Not Bombs(she thought they were raided, but I could find no confirmation. Food hard to come by as she reported, but reportedly available later.A rumor of a raid of Seeds of peace was proven false.
§Marching along the Wall
by WSQT Guerrilla Radio 88.1 FM in DC Monday Sep 1st, 2008 8:43 PM 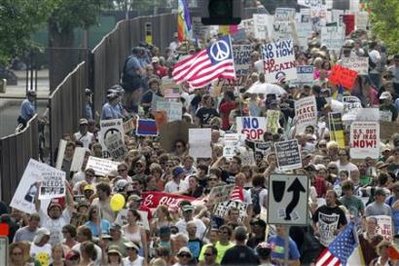 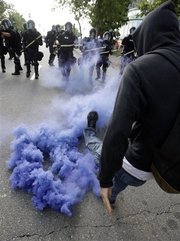