Add an Event
Newswire
Calendar
Features
Home
Donate
From the Open-Publishing Calendar
From the Open-Publishing Newswire
Indybay Feature
Publish to Newswire
Add an Event
Related Categories: Santa Cruz Indymedia | U.S. | Global Justice & Anti-Capitalism | Government & Elections | Police State & Prisons
Three People Quickly Arrested in the Fourth Sector of St. Paul
by ~Bradley (bradley [at] riseup.net)
Monday Sep 1st, 2008 10:53 AM
Shortly after 11:00am on September 1st, three people were arrested in the streets of St. Paul near Seventh and Goodrich. This portion of town has been dubbed "Sector 4" by groups protesting in the streets on this first day of the Republican National Convention.

A group of people were followed by St. Paul police in their car. Some people in the group began to push garbage cans down a residential street. More police quickly arrived on the scene, jumped out of a black tactical van, pepper sprayed the group and then tackled three people. Three people in the group were handcuffed, searched and taken away in the back of police cars. 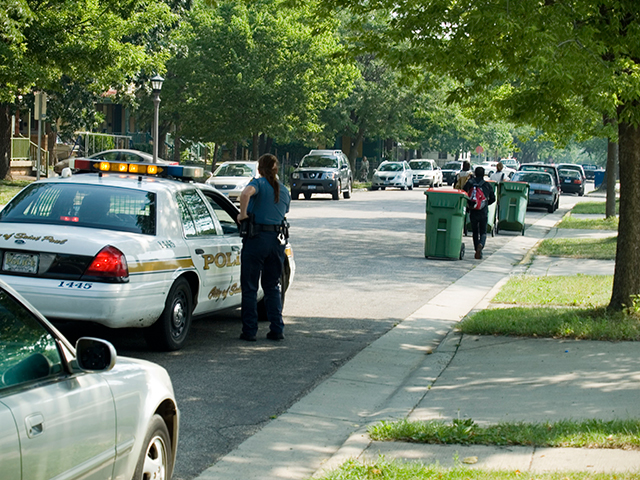 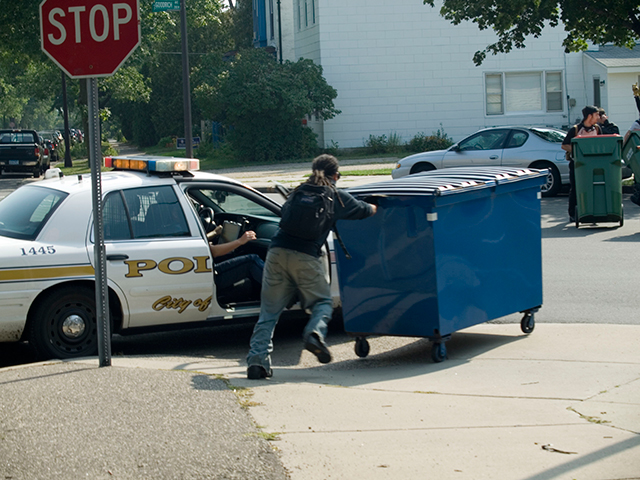 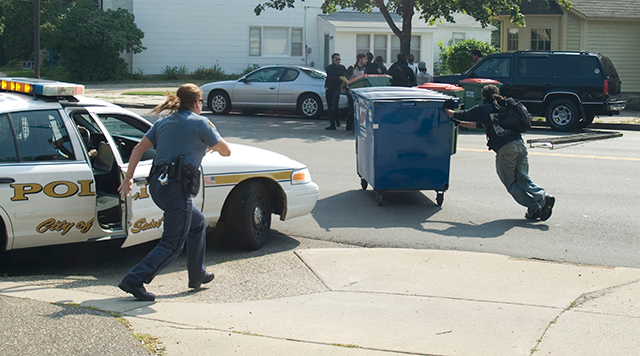 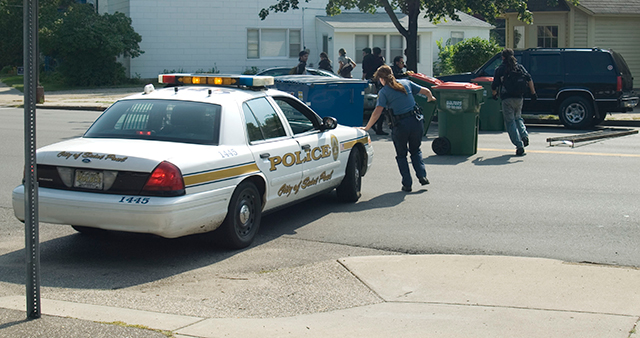 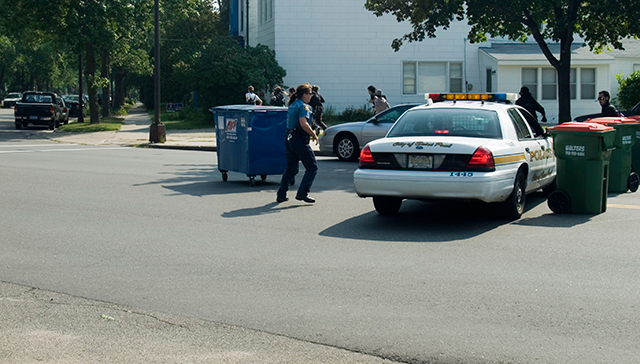 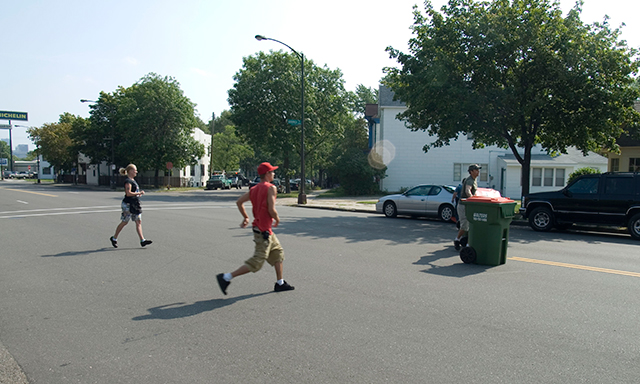 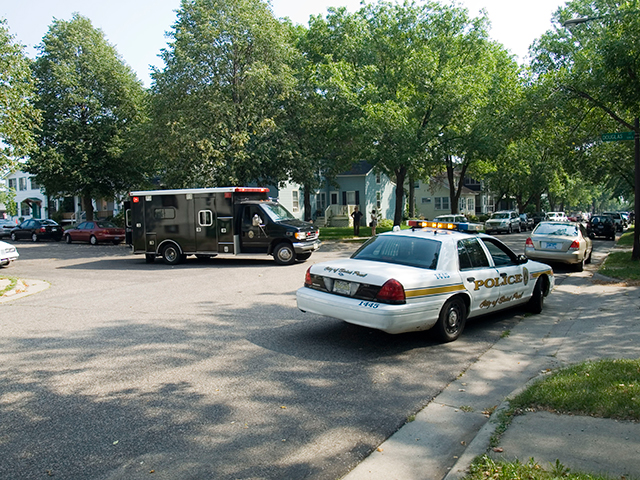 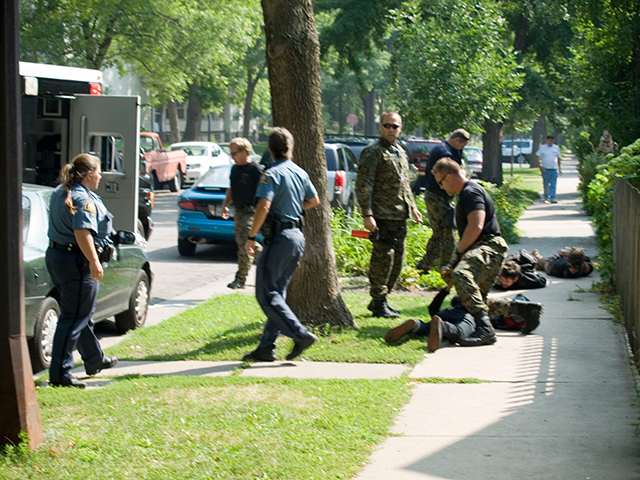 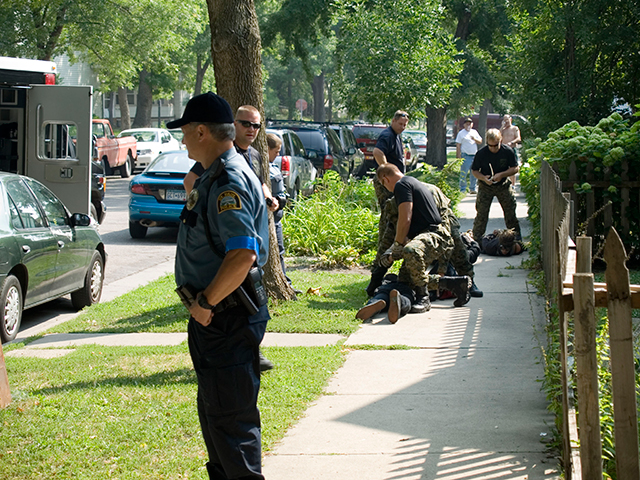 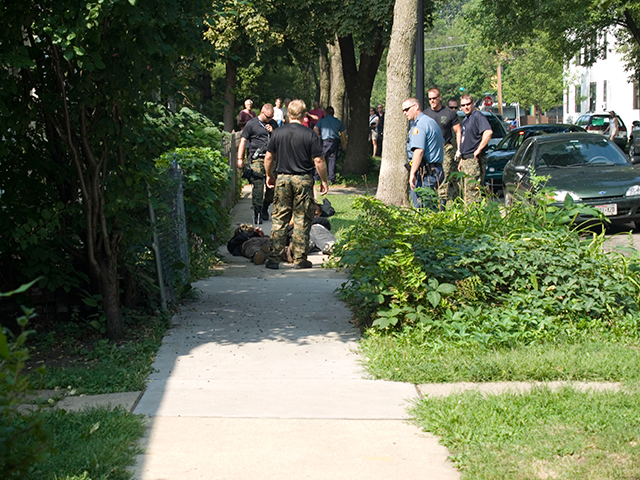 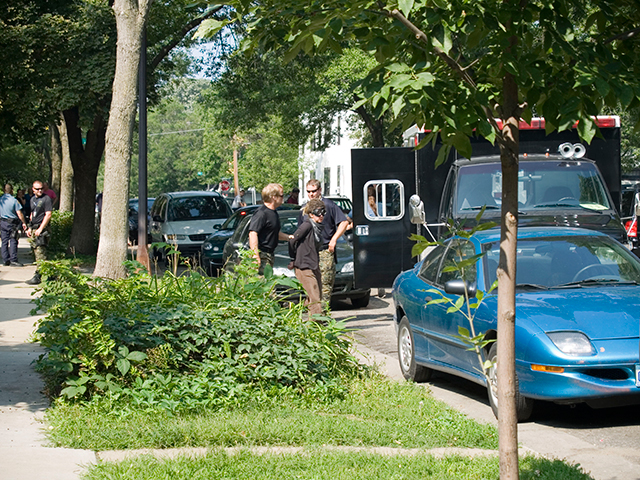 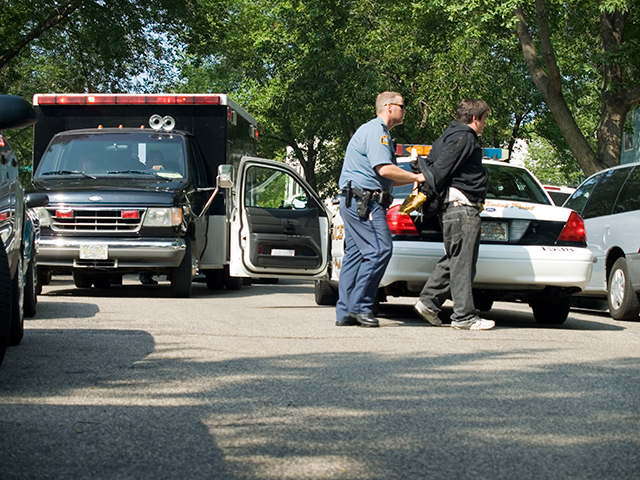