Add an Event
Newswire
Calendar
Features
Home
Donate
From the Open-Publishing Calendar
From the Open-Publishing Newswire
Indybay Feature
Publish to Newswire
Add an Event
Related Categories: Santa Cruz Indymedia | Government & Elections | Labor & Workers | Media Activism & Independent Media
Labor Organizing and Independent Media are Not Crimes
by ~Bradley (bradley [at] riseup.net)
Monday Sep 1st, 2008 2:43 AM
On August 31st, members of the Industrial Workers of the World (IWW) were accompanying their fellow worker, Erik Forman, to his first day back on the job at Starbucks in the Mall of America in Bloomington, Minnesota. Erik was recently fired for labor organizing, although that was not the official explanation given by Starbucks.

Police from Plymouth, a town outside of Bloomington, prevented Erik's supporters from getting off the light-rail and entering the mall. Erik was eventually allowed into the mall so he could get to work, although he was late as a result of all the police harassment and misinformation.

My friend David and I caught up with the group of people that were turned away from the mall. David recorded a video interview with Jake Bell about the day's events and the future plans of the Twin Cities branch of the IWW. A Metro Transit Police officer drove past us in an SUV. The interview was finished and as we were walking away, the police officer turned around and drove to the spot where the interview was conducted. At that point the officer appeared to be looking for an unattended item that may have been left behind. No such items were found, but the police officer decided to follow us for about two miles.

Neither labor organizing nor independent media are against the law, but both activities are being repressed in the Twin Cities, and elsewhere. 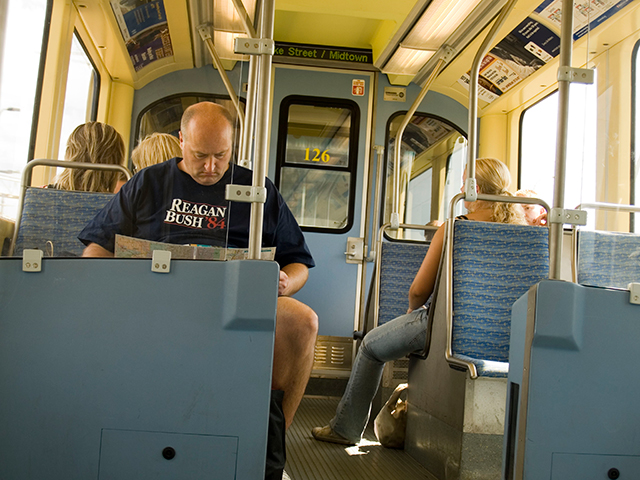 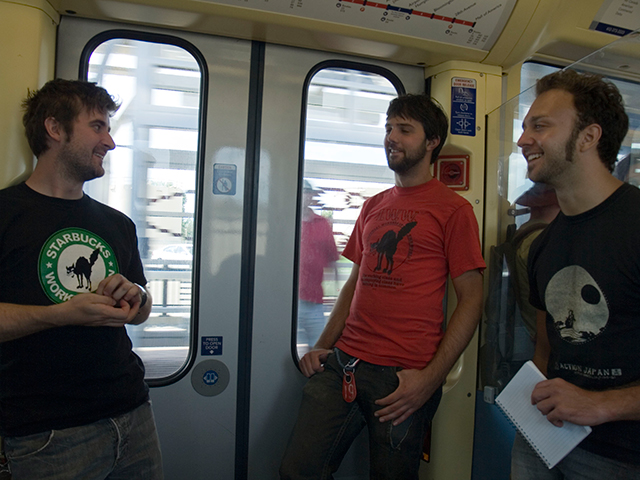 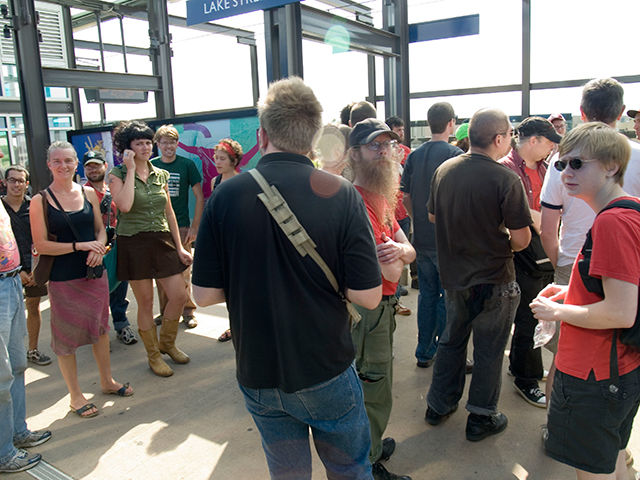 These folks were not allowed into the Mall of America, for no good reason.
§Video Interview
by ~Bradley Monday Sep 1st, 2008 2:43 AM 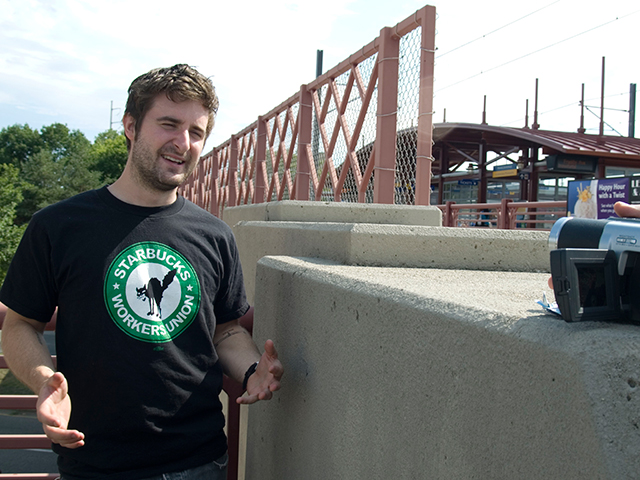 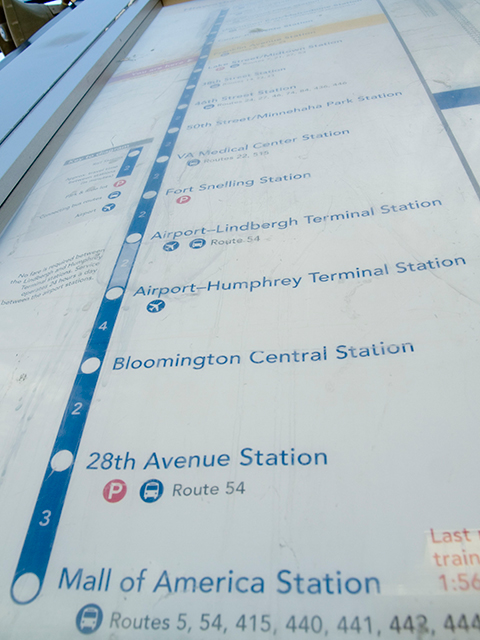 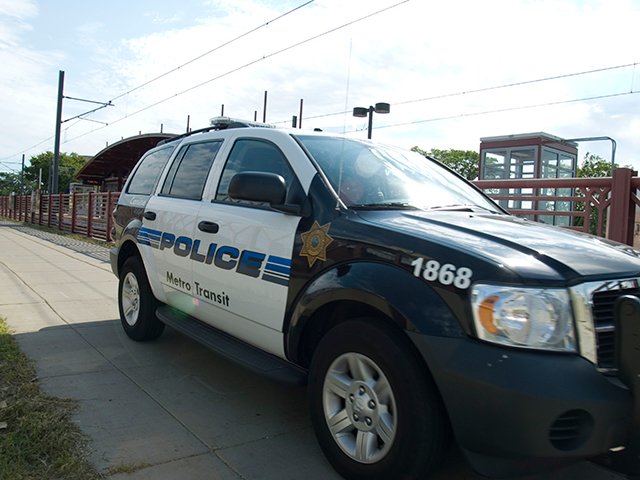 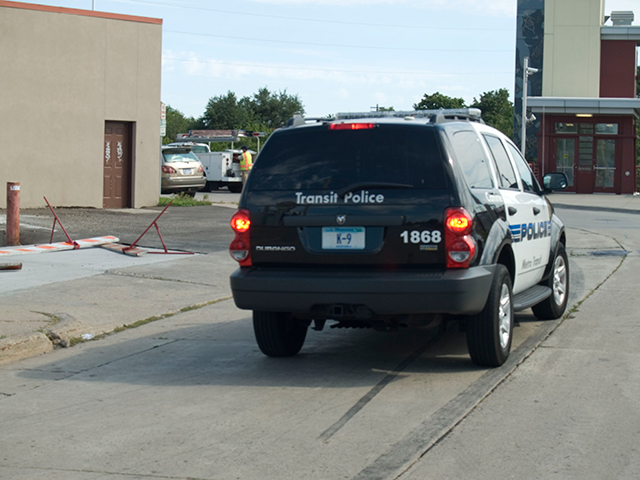 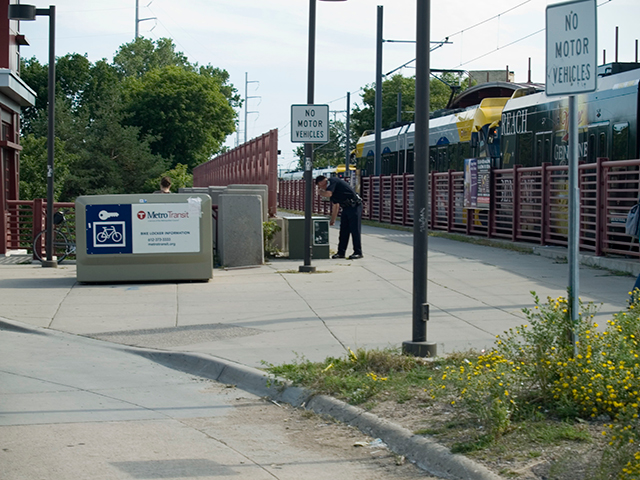 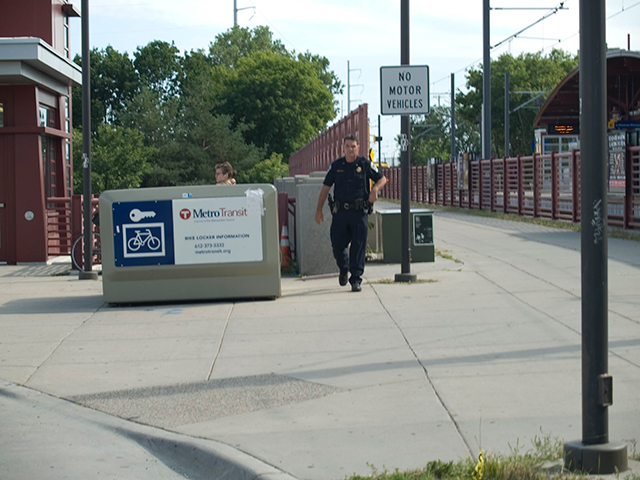 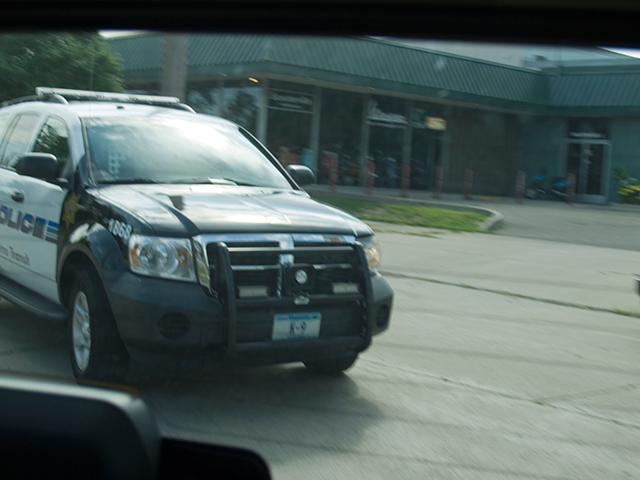