Add an Event
Newswire
Calendar
Features
Home
Donate
From the Open-Publishing Calendar
From the Open-Publishing Newswire
Indybay Feature
Publish to Newswire
Add an Event
Related Categories: Santa Cruz Indymedia | U.S. | Anti-War | Government & Elections
Veterans for Peace Lead Funeral March in St. Paul
by ~Bradley (bradley [at] riseup.net)
Sunday Aug 31st, 2008 10:46 PM
On August 31st, the day before the Republican National Convention (RNC), Veterans for Peace held a rally in front of the state capitol building in St. Paul, Minnesota followed by a solemn march. Families of US soldiers and other marchers carried tombstones with the names of dead US soldiers. Meanwhile, the names of murdered Iraqis were read out loud and people responded, "We Remember."

Towards the end of the march, organizers gave people the option of continuing along the police approved route or to engage in civil disobedience by towards a caged off area. A handful of people, including two women in their 70s, either rolled under or walked around the police fence and were eventually arrested. 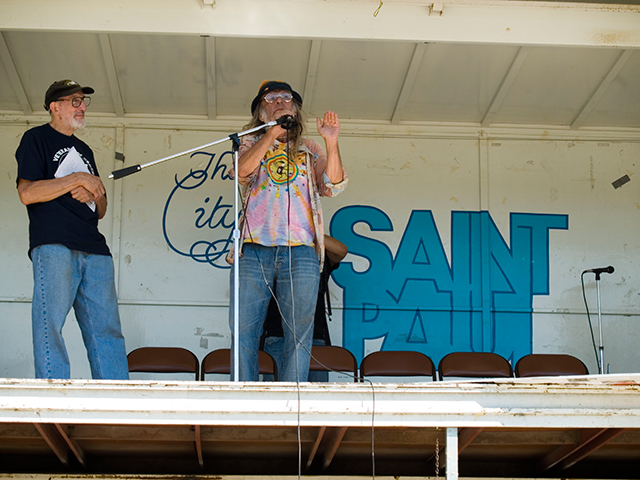 There are a lot of websites with more information on the protests against the Republican National Convention in Twin Cities. Here are some good links to check out: 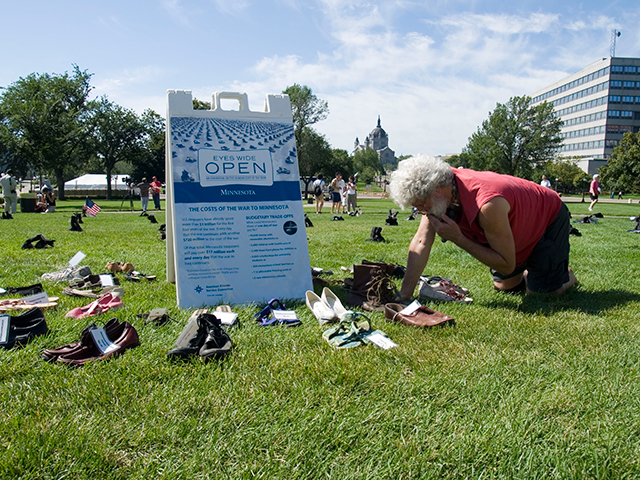 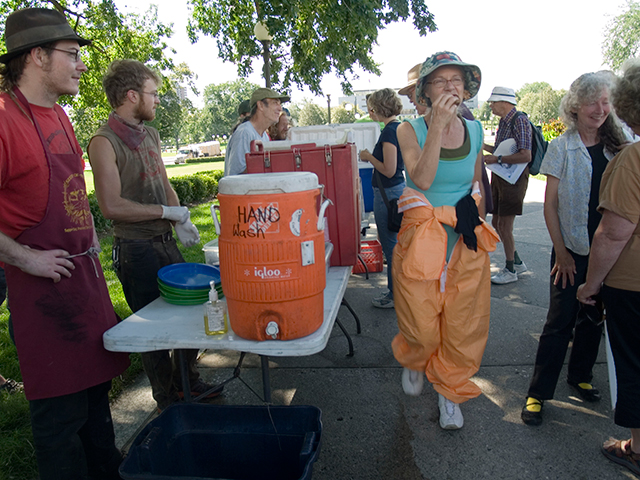 "The Revolution Will Not Be Malnourished!"
http://www.seeds-of-peace-collective.org/
§Guantanamo Bay
by ~Bradley Sunday Aug 31st, 2008 10:46 PM 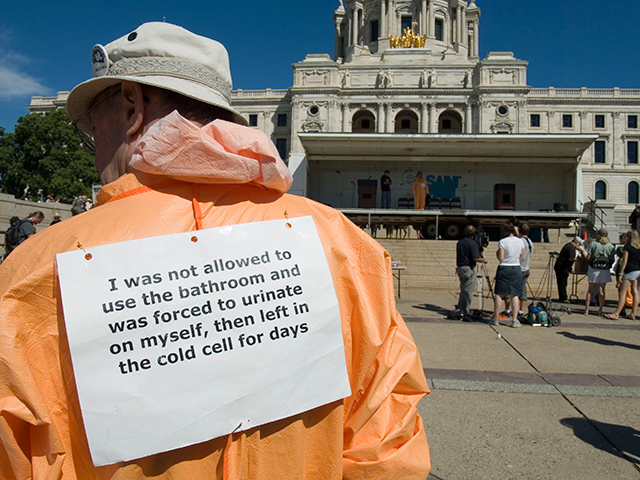 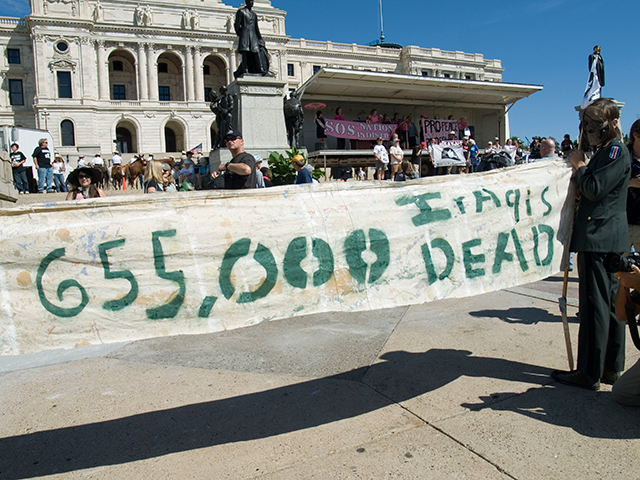 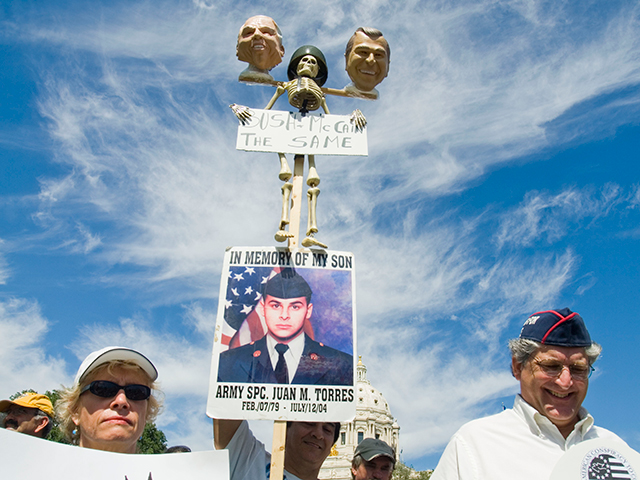 Veterans For Peace is a national organization founded in 1985. It is structured around a national office in Saint Louis, MO and comprised of members across the country organized in chapters or as at-large members.
http://www.veteransforpeace.org
§Bring Troops Home
by ~Bradley Sunday Aug 31st, 2008 10:46 PM 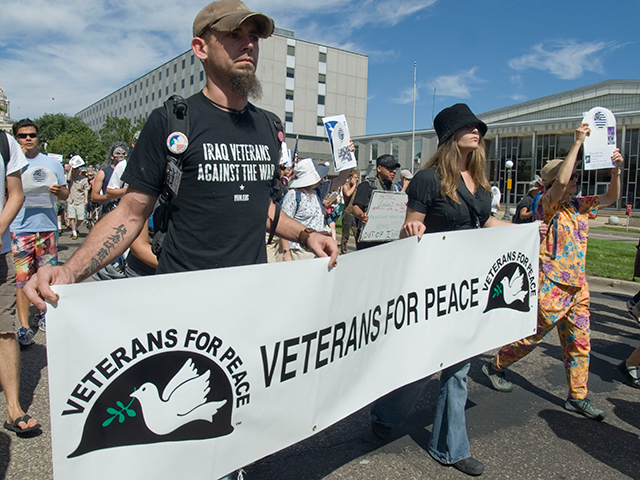 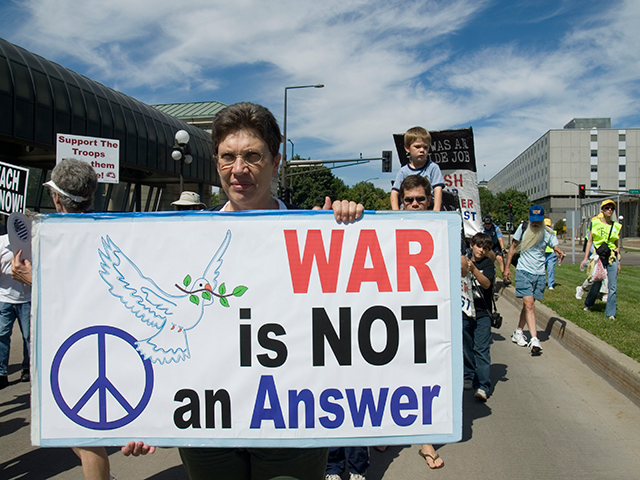 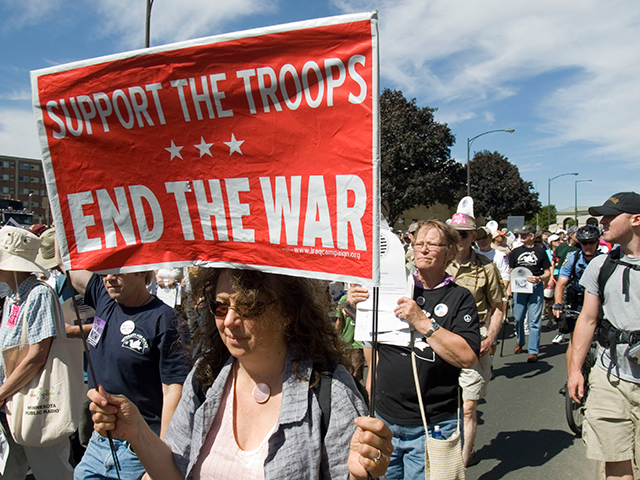 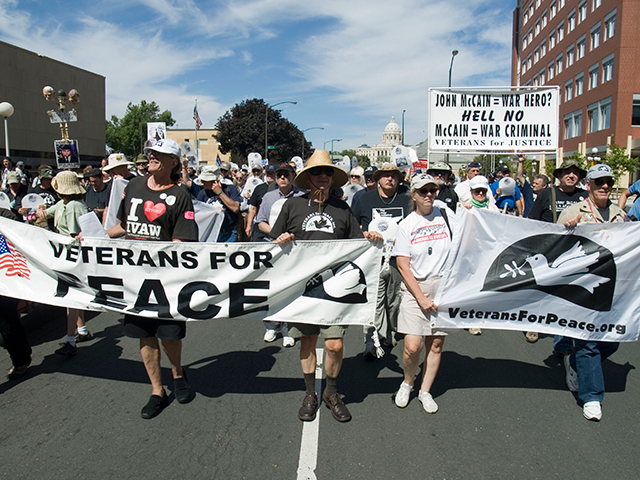 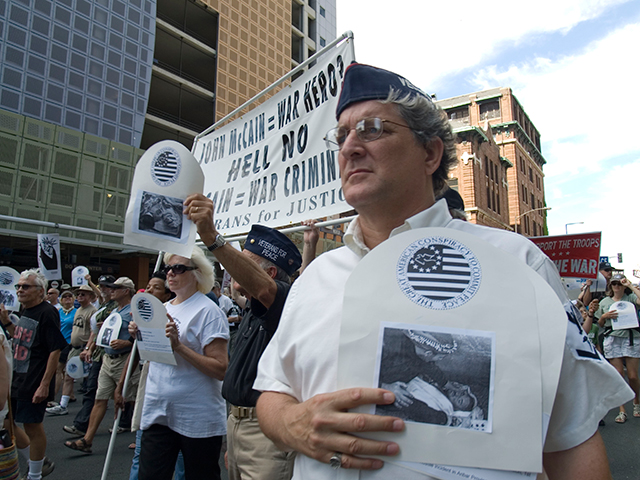 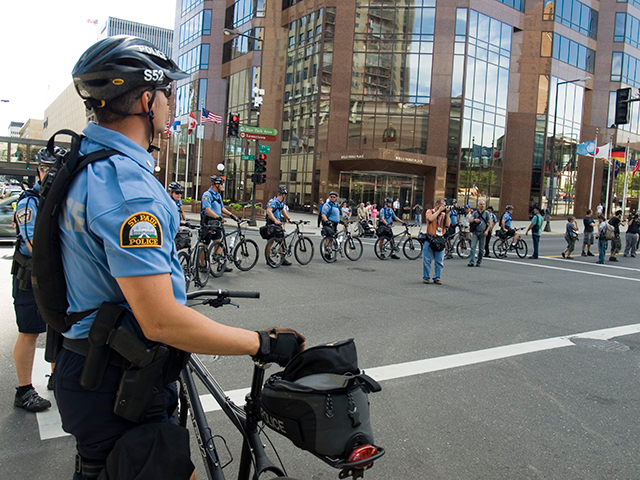 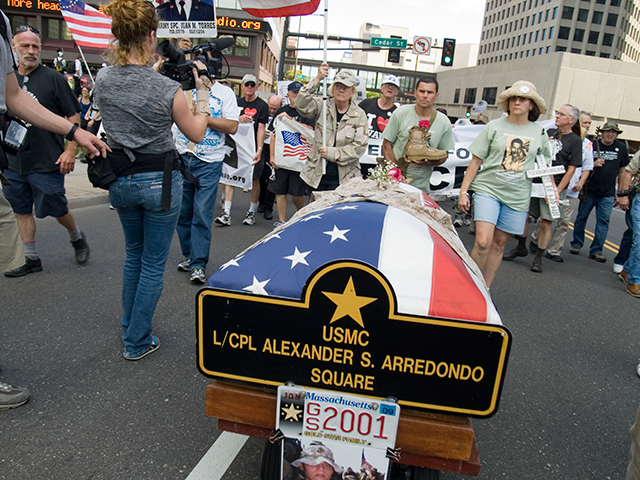 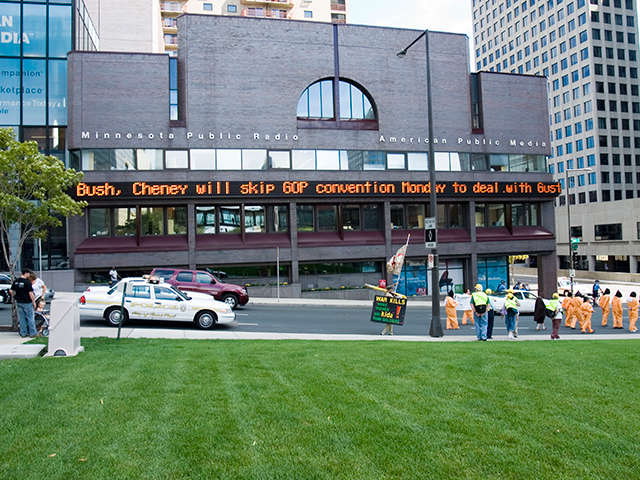 Gustav Approaches: Politics and consequences of the storm?
http://neworleans.indymedia.org/news/2008/08/12958.php 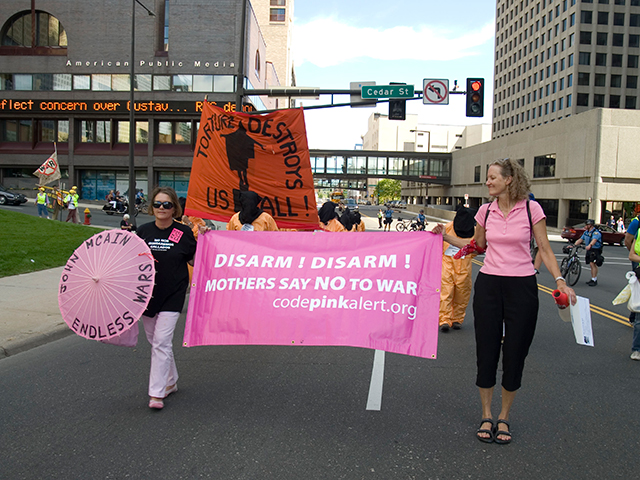 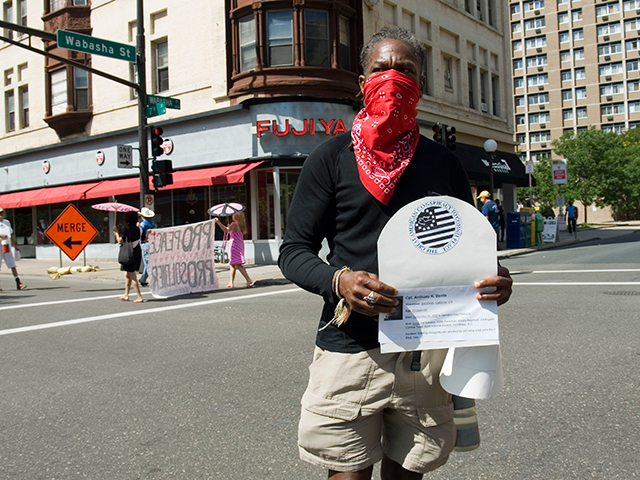 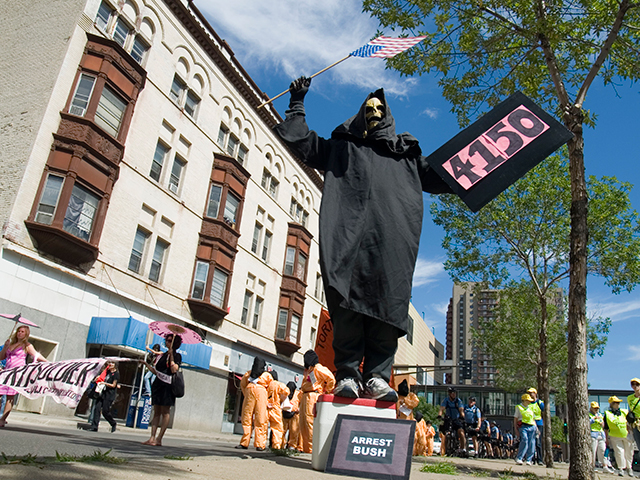 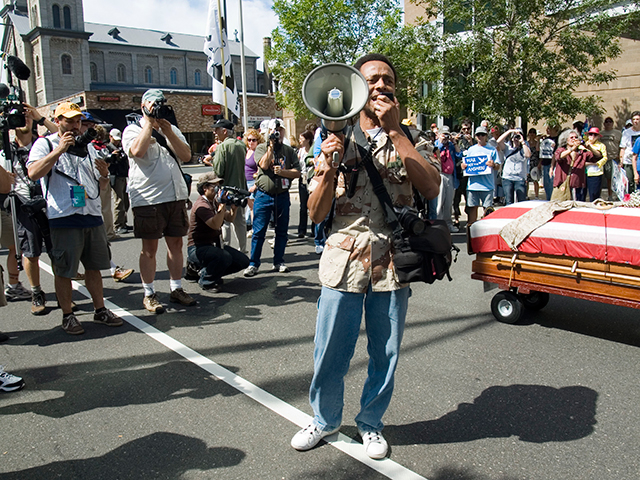 A veteran speaks through a bullhorn to explain that marching to the left is an action of civil disobedience and marching forward is permitted by the police. He clarified that marchers in both routes are in solidarity with one another.
§Kathy Kelly, Voices for Creative Nonviolence
by ~Bradley Sunday Aug 31st, 2008 10:49 PM 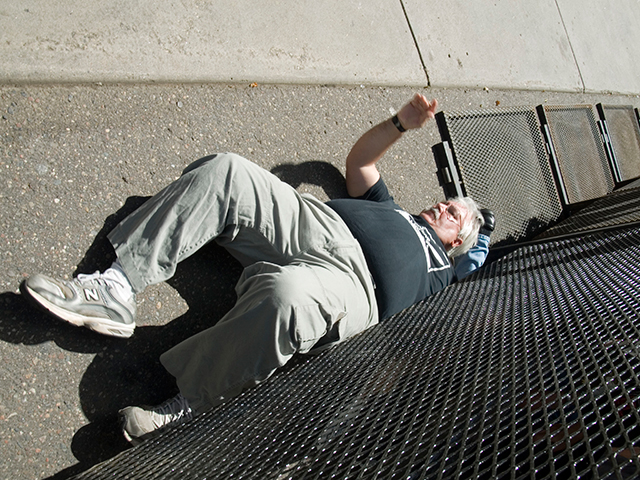 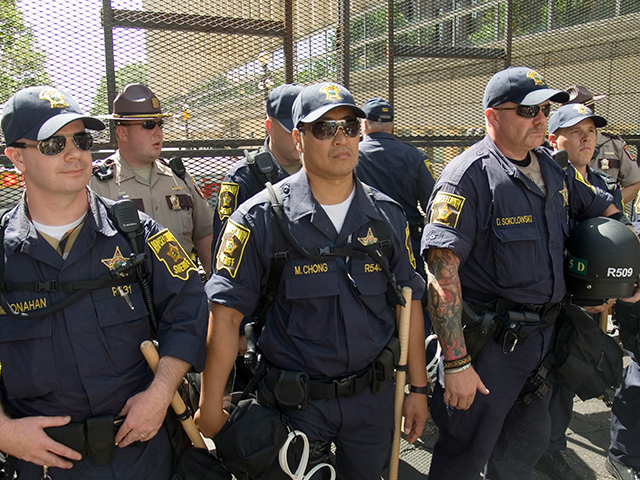 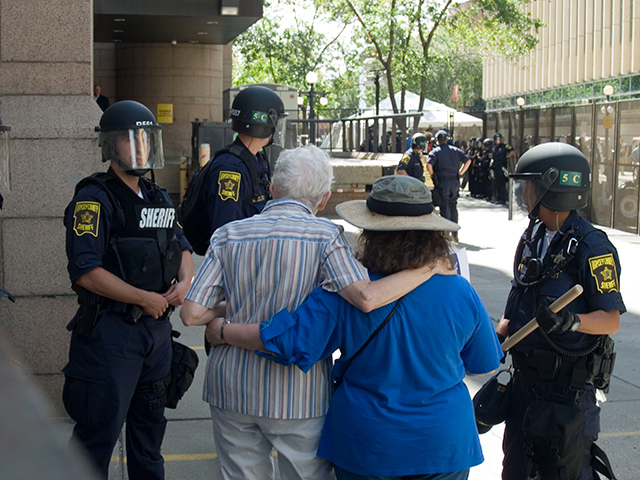 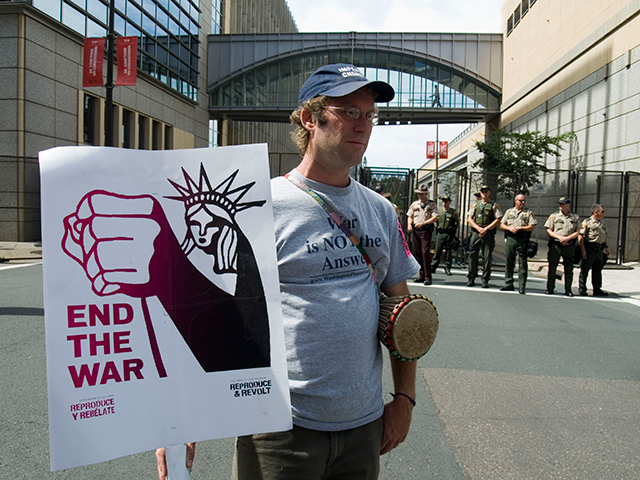 Thank You, A. Raging Granny! This is a pretty minor clarification, but the brave elderly women walked around the police fence. They seemed to have surprised the cops who did not expect these women, both locals, to walk around the fence. They entered the caged area after both the men rolled under the fence and the cops walked around it.
Add a Comment
Support Independent Media
We are 100% volunteer and depend on your participation to sustain our efforts!