Add an Event
Newswire
Calendar
Features
Home
Donate
From the Open-Publishing Calendar
From the Open-Publishing Newswire
Indybay Feature
Publish to Newswire
Add an Event
Related Categories: U.S. | Anti-War | Government & Elections | Police State & Prisons
Veterans Memorial March to RNC, Capital Lawn, 8/31/08: photos
by dave id
Sunday Aug 31st, 2008 7:37 PM
Veterans for Peace, local 115 from Red Wing, MN, organized a march with affiliates from around the country on the day prior to the beginning of the 2008 Republican National Convention in St. Paul. Before the march began, speakers spoke on a stage on the lawn in front of the capital. On August 27th, a National Veterans for Peace Convention began in Bloomington culminating with today's actions. 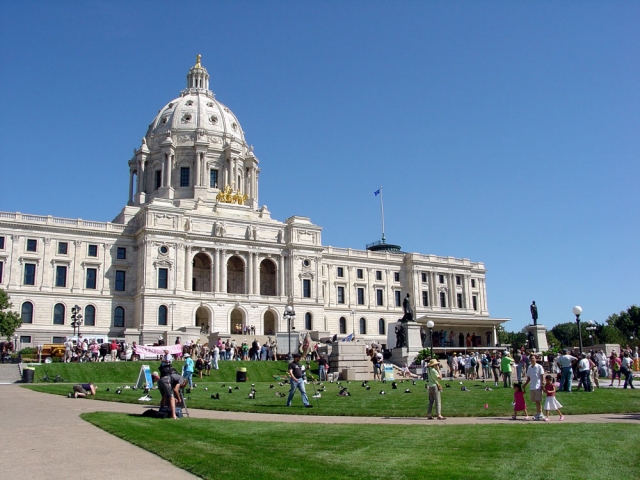 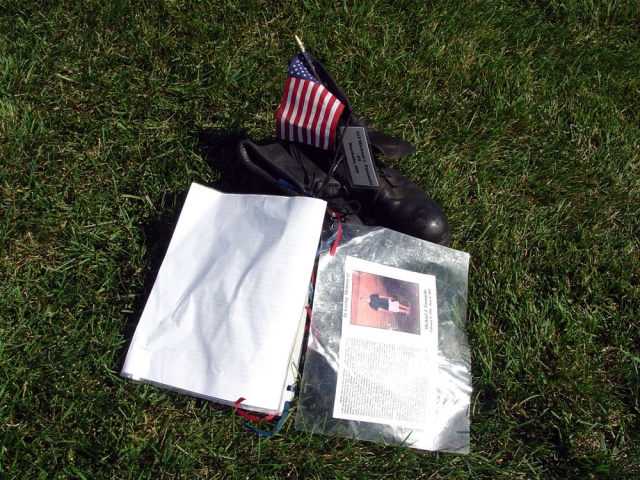 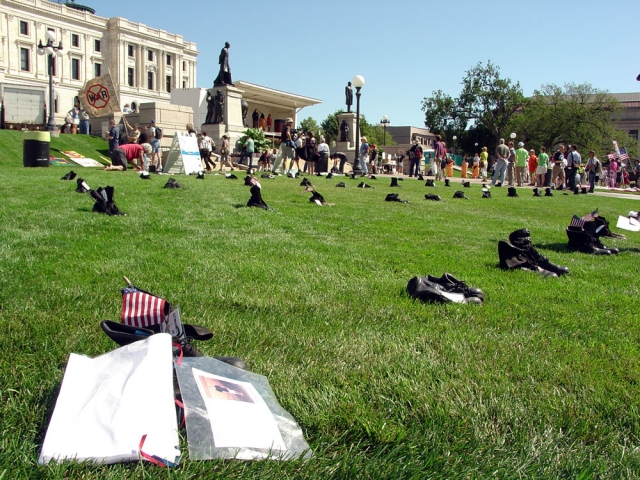 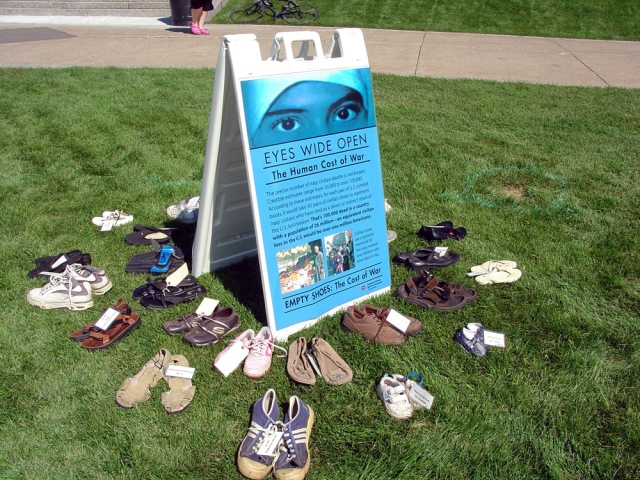 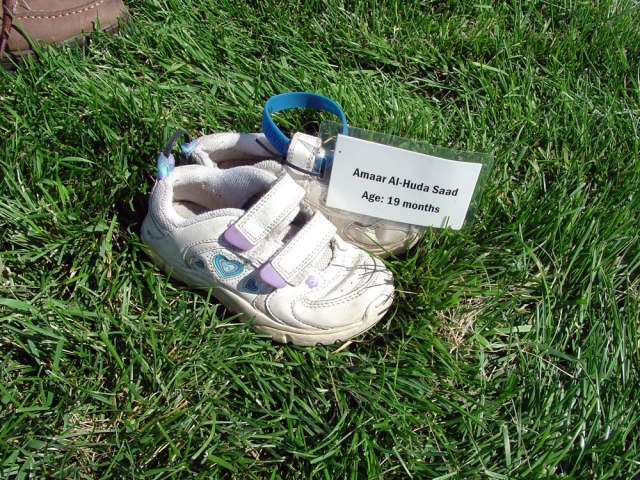 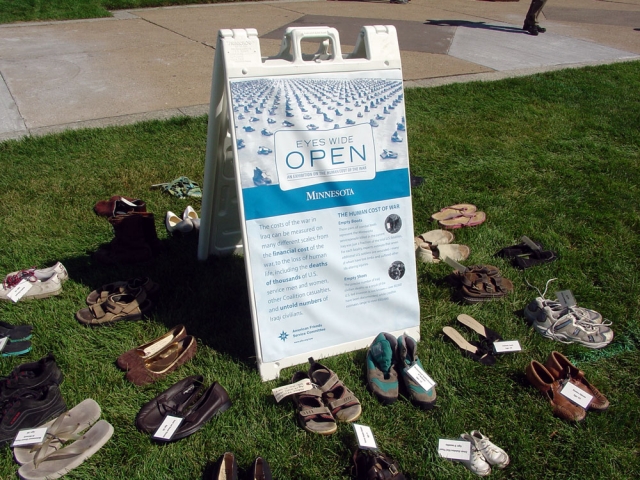 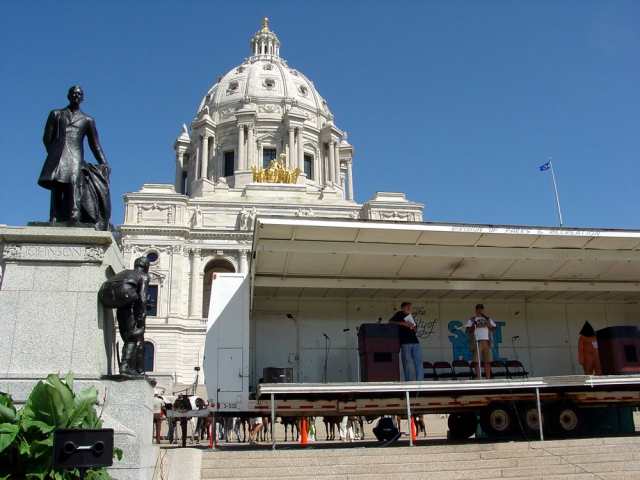 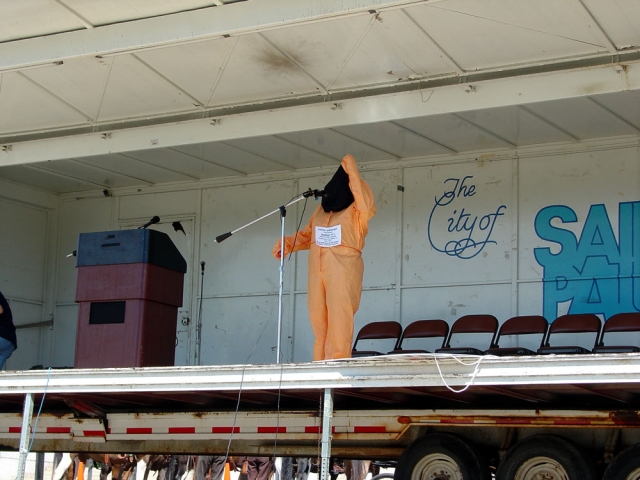 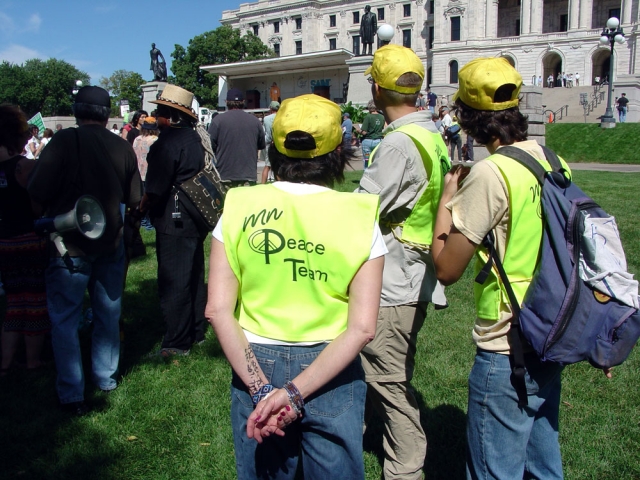 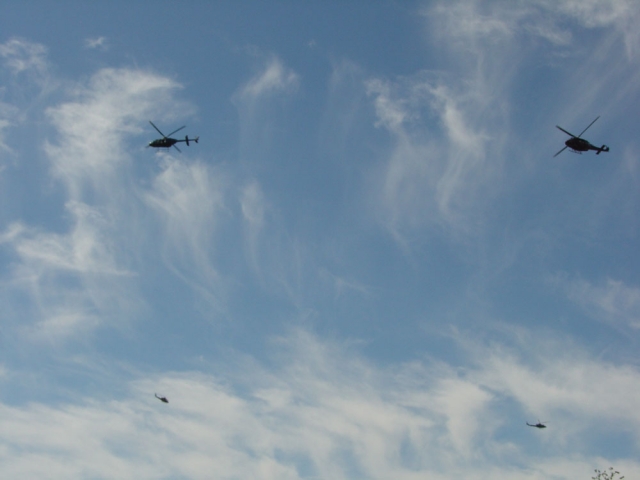 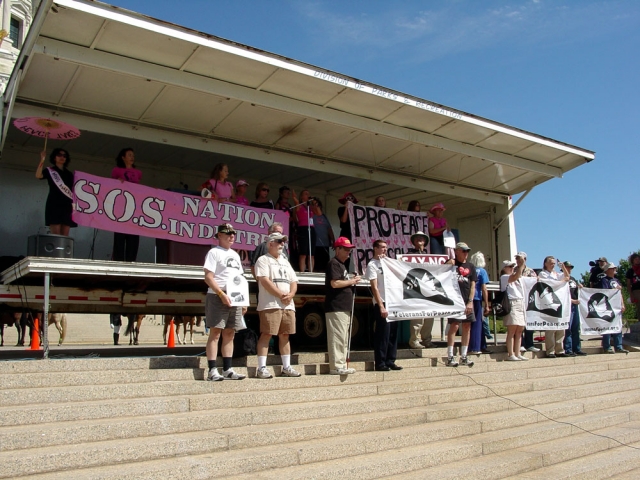 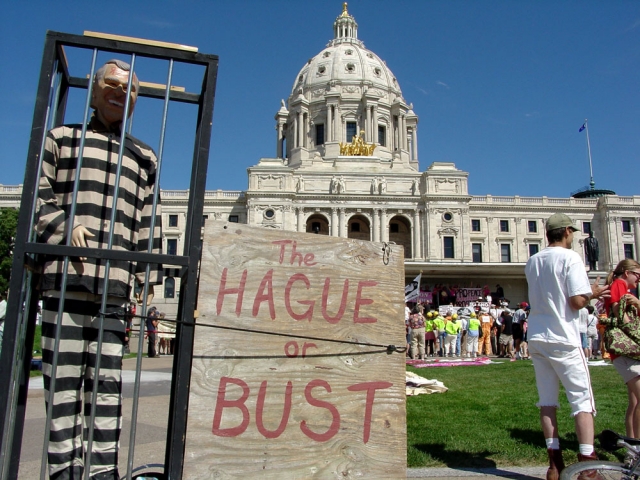 §helicopters over the MN Capitol
by Barb Spado
Thursday Sep 4th, 2008 11:17 AM
This was a beautiful, solemn march organized by the Veterans for Peace. It followed their annual convention in Minnesota. This display of helicopters flying over the heads of our vets, many who suffer from PTSD was nothing short of criminal. Whoever decided on sending them knew full well that the sound and sight of those helicopters over their heads is the stuff of their nightmares. I know, I'm married to a Vietnam combat vet and proud member of the VFP and VVAW.
Add a Comment
Support Independent Media
We are 100% volunteer and depend on your participation to sustain our efforts!