UpTake Media has video of the raids themselves: theuptake.org

Convergence Center raided, police broke down doors, held people at gunpoint, elderly and children included, everyone forced to show id and be photographed or go to jail.

Also, see Colorado.Indymedia.org for video and reports of police brutality against DNC protesters where the convergence center was also raided, video cameras were stolen by police and minors were brutalized by police on video.

In other news of fascism in the US, see Iowa Town Turned into “Open-Air Prison” as Wives of Men Arrested in Largest Immigration Raid in US History Forbidden to Work…or Leave
§more links and confiscated items pics
by @ Sunday Aug 31st, 2008 6:25 PM 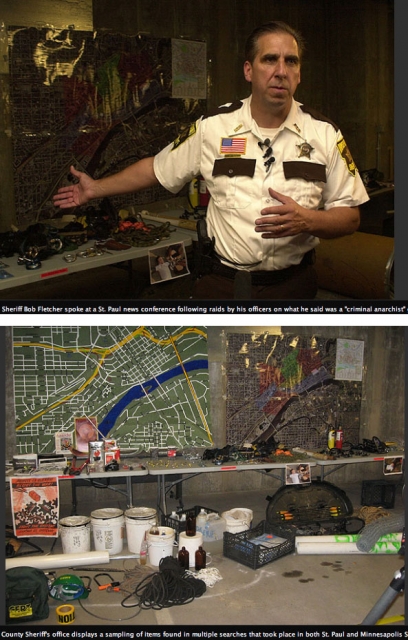