Add an Event
Newswire
Calendar
Features
Home
Donate
From the Open-Publishing Calendar
From the Open-Publishing Newswire
Indybay Feature
Publish to Newswire
Add an Event
Related Categories: Santa Cruz Indymedia | Health, Housing & Public Services | Police State & Prisons
Keeping Santa Cruz Weird: Coonerty Gets 'Hammer of Justice' Award from Local ACLU
by ~Bradley (bradley [at] riseup.net)
Friday Aug 29th, 2008 12:21 PM
If the Santa Cruz chapter of the American Civil Liberties Union (ACLU) is trying to "Keep Santa Cruz Weird", then Ryan Coonerty was a fitting recipient for the "Hammer of Justice" award during their annual fundraiser at Long Marine Lab on August 24th. Coonerty is the mayor of Santa Cruz and either an owner of Book Shop Santa Cruz, or merely an employee of the bookstore, depending on which side of his mouth he is talking out of. His actions since becoming a Santa Cruz City Council-member in 2004, such as supporting police infiltration into community groups, should be, and in some cases have been, challenged by the ACLU. Therefore, one is left to believe that the Santa Cruz ACLU is a big supporter of irony when they award Coonerty, or just trying to do their part to 'Keep Santa Cruz Weird.'

Coonerty, also a lecturer in the Legal Studies department at UC Santa Cruz and in the Political Science department at Cabrillo College, accepted his award while Bernard, a civil rights for the poor activist, held a sign stage left critical of his politics. The sign made three points: that Coonerty has cut public comment time for individuals during City Council meetings, banned activists critical of his policies from Book Shop Santa Cruz, and made it a crime to be in a public parking lot for longer than 15 minutes.

The Watsonville Brown Berets were recognized with the "True Patriots" award from the ACLU. The Berets displayed a banner in the corner of the room, painted that morning for Watsonville's first Pride Celebration, that translates from Spanish to English as, "Liberation for All of the Oppressed." Sandino and Carlie accepted the award and spoke on behalf of the Berets. In the Berets' acceptance speech, which came after the mayor's, Sandino spoke out against Ryan Coonerty's repressive policies and affirmed the Berets' solidarity with all oppressed peoples. 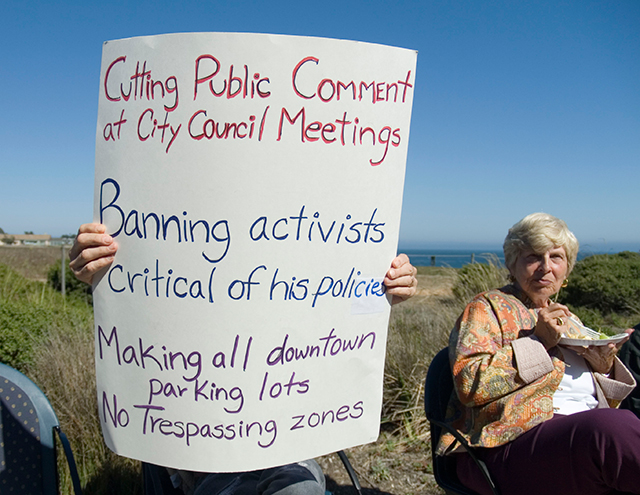 In the "Criticism" section for Ryan Coonerty's Wikipedia entry, there are four sub-sections noting his positions and actions that are contrary to the protection of civil liberties. Sub-section 5.4 is as follows:

"In early 2006, Coonerty voiced unqualified support for Santa Cruz police after it was discovered that undercover officers had infiltrated community meetings organizing an unpermitted New Year's parade. Coonerty opposed an independent investigation and supported an investigation by police of their own behavior. The investigation was lead by the police administrator who ordered the original undercover investigation. Predictably, police cleared themselves of any wrongdoing. Santa Cruz own police auditor Bob Aaronson later concluded, "in my opinion, the Santa Cruz Police Department violated the Last Night DIY Parade organizers' rights to privacy, freedom of speech and freedom of assembly in the manner in which they went about obtaining information about the organizers' activities,"[13] After Aaronson panned the City Council-requested Police investigation, Coonerty altered course and stated, "The most important thing is to move forward and to design a policy that allows the police to do their job and at the same time protect civil liberties."[14]"

The other three sub-sections are:

For more information, check out: 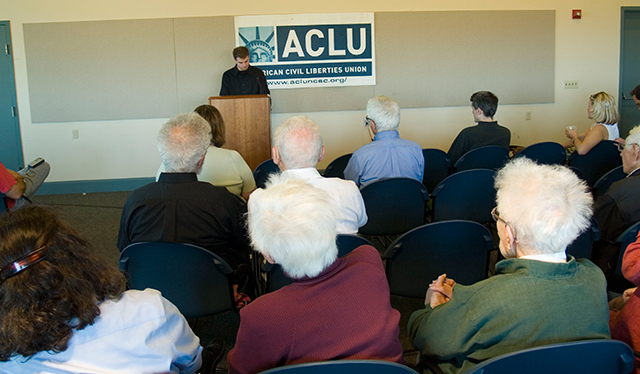 The winners of the High School Essay Contest were Laurel Woerner and Eileen Kitayama, though they were not at the award ceremony.
§David Sweet, Distinguished Service award
by ~Bradley Friday Aug 29th, 2008 12:21 PM 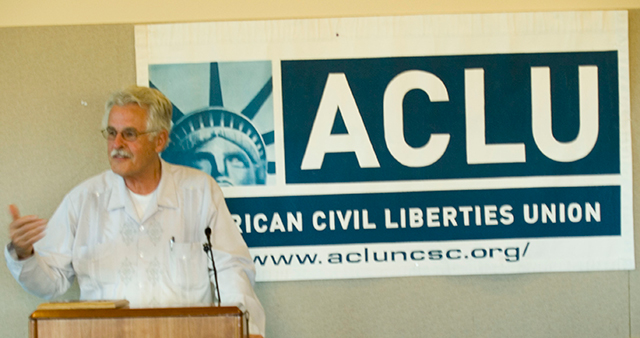 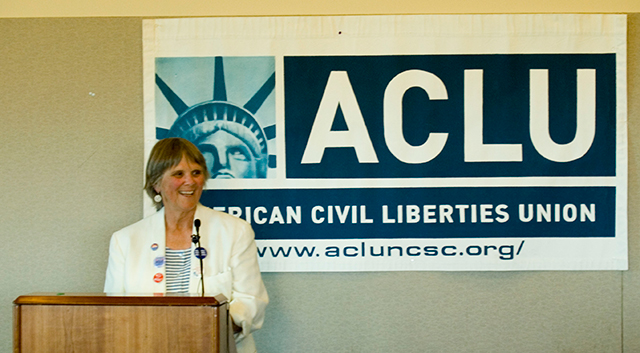 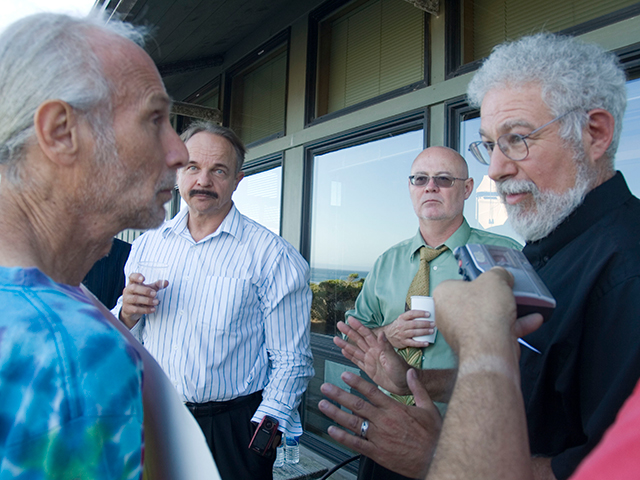 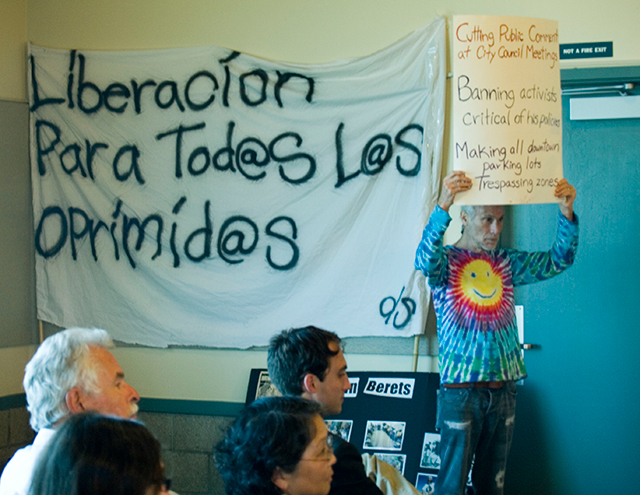 The Watsonville Brown Berets banner translates to "Liberation for All of the Oppressed." Bernard is holding a sign while Ryan Coonerty accepts the "Hammer of Justice" award.
§HUFF and ACLU
by ~Bradley Friday Aug 29th, 2008 12:21 PM 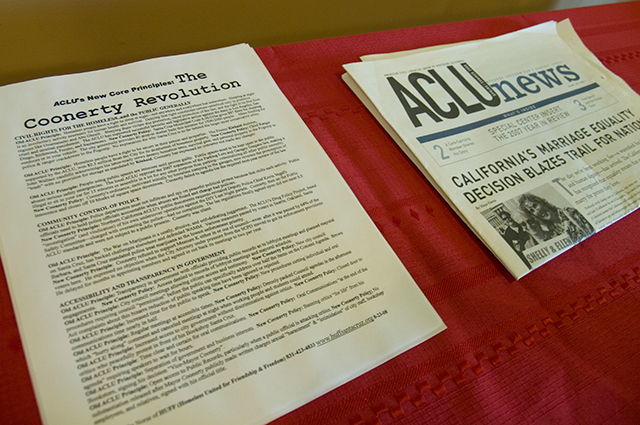 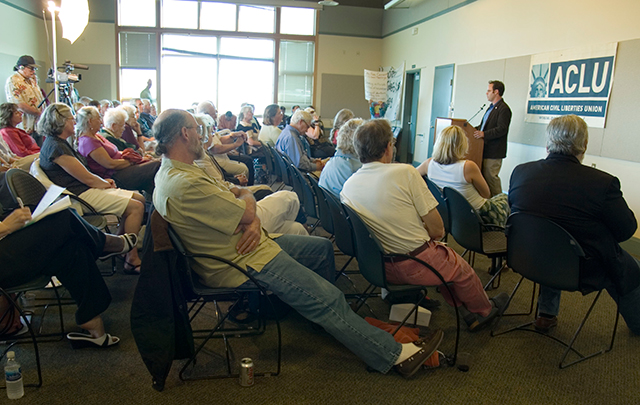 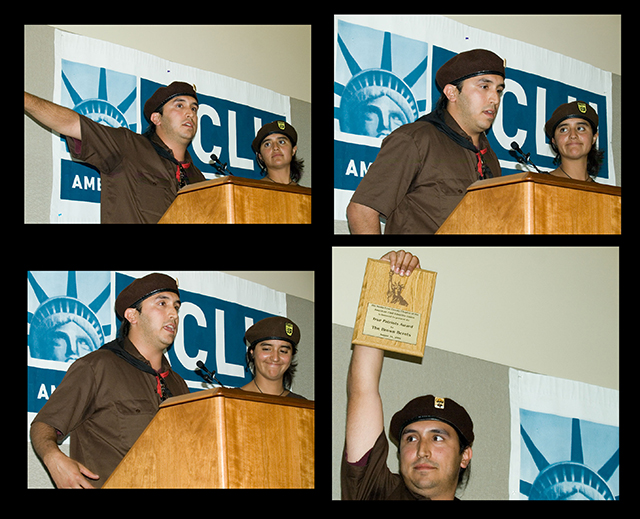 Sandino and Carlie accepted the award and spoke on behalf of the Berets. In the Berets' acceptance speech, which came after the mayor's, Sandino spoke out against Ryan Coonerty's repressive policies and affirmed the Berets' solidarity with all oppressed peoples.
§ACLU Drug Law Reform Project
by ~Bradley Friday Aug 29th, 2008 12:21 PM 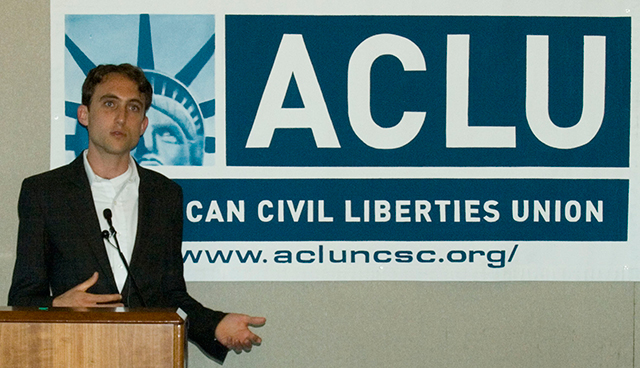