by Dr. Lilly von Marcab
The Scientology cult is once again to blame for an act of callous disregard for worker safety; indeed, for workers’ very lives. Once again, the scandal involves the cult’s 440 foot luxury ocean liner “Freewinds.” In this case, we have obtained some new and very disturbing information about the cult’s efforts to keep secret the extent to which their ship was contaminated with highly carcinogenic blue asbestos. 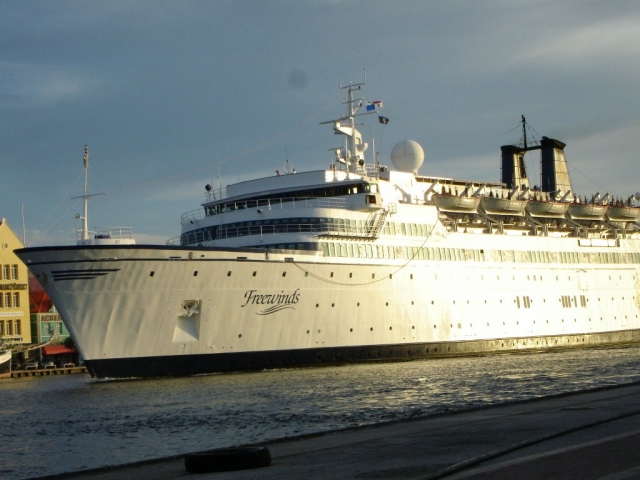 original image (1024x768)
Readers may recall that the Freewinds was locked down for two months, beginning in late April 2008, by port authorities in Curaçao, after they found extensive contamination with blue asbestos, the most dangerous form of asbestos. (Eventually, they were somehow cleared to depart.) We have now learned more about the circumstances in which this blue asbestos was discovered. It turns out that early in 2008, the cult had hired a firm to completely strip out the Freewinds’ interior, and re-fit it with new furniture, carpets, paneling, and everything else to make it luxurious and beautiful. This firm, Nordica Engineering of Florida, had done other work on the Freewinds before. Nordica hired 240 workers from Poland to come and perform this remodeling. Now it has been revealed that it was during this remodeling process that port authorities detected the asbestos, and shut everything down.

First, a bit of a re-cap about Scientology’s knowledge of this blue asbestos.

Thousands of Scientologists, including numerous celebrities, have taken tax-deductible Caribbean cruises on Freewinds over the past 20 years, and all of them are at risk for lung cancer caused by exposure to this blue asbestos. Top leaders of the Scientology cult were informed of the pervasive contamination back in 1987, but chose to do nothing. Until the 1960s, when the Freewinds was built, blue asbestos was often used in shipbuilding (it was not known at the time to be so carcinogenic). Former Scientologist Lawrence Woodcraft, a licensed architect by profession, supervised interior remodeling work on the ship in 1987 when the cult first purchased it. According to a legal affidavit made after Woodcraft left the cult in 2001, Woodcraft had notified Scientology officials immediately about the widespread blue asbestos and the dangers it posed. The response he received was that he should carry on with the work, and leave the asbestos where it was. Since Scientology founder L. Ron Hubbard had never mentioned that asbestos was dangerous, they were not going to worry about it. Scientologists believe that disease is caused not by microbes or toxic substances, but by the presence of "suppressive persons" (SPs), or people who disagree with Scientology and its goals. Moreover, Scientologists believe that high-level “OT” members cannot get cancer or any other disease. Today, Astra Woodcraft, daughter of the architect Lawrence Woodcraft, and one of the founders of the Ex-Scientology Kids message board, made the following post on an “Enturbulation” message board:

=== (begin quote from Astra)===
Today I found out some very interesting, in-depth and somewhat shocking news in regards the Freewinds.

In early 2008, a contract was made between Scientology and a company out of Miami called Nordica Engineering. This contract was for approximately $18 million and was for the work of completely stripping the Freewinds, and then re-fitting with new furniture, carpets, wiring, etc.

Nordica Engineering brought in approximately 240 workers from Poland who slepts on board the Freewinds in cabins until they were moved to a camp after 1 1/2 months.

The work proceeded until April 2008 when the Freewinds was sealed due to asbestos contamination at the drydock in Curacao.

Nordica Engineering has apparently not been fully paid and is owed upwards of approximately $3.5 million.

A separate company was brought out from Florida to clean up the asbestos at a cost of approximately $2 million. Some of the asbesots was removed, some encapsulated, but apparently there is still loose asbestos on-board.

The ship is now in Aruba (due to Curucao drydock being booked) but will be brough back to drydock in Curacao in November to finish up work and get its DNV certification.

Nordica Engineering appears to have been misled or outright lied to in regards the asbestos situation. There are 240 workers from Poland who have apparently been following the story about the Freewinds online. They are in possession the the affidavit that my dad, Lawrence Wooodcraft wrote back in 2001 in regards the asbestos he saw on the Freewinds in 1987. They have been majorly exposed to this asbestos, sleeping on-board while the work was being done and now they are, from reports, very upset to say the least.

In brief, Scientology never told Nordica Engineering about the blue asbestos; Nordica hired 240 foreign workers to remove contaminated materials; they removed 70 tons of itbefore the ship was quarantined; and now the cult refuses to pay Nordica Engineering. (Memo to Nordica: That's what happens when you do business with criminal cults. Scientology is notorious for running out on its bills.)

It is not yet clear what the next move will be; optimally, Nordica would bring the Polish workers into the coming lawsuit as fellow plaintiffs. Should Nordica and the workers prevail, the European Union and the USA may be able to seize the cult's assets in Europe and North America.

Scientology is much more than just a weird and wacky Hollywood fad, in which celebrities make fools of themselves and provide material for gossip magazines. Beyond its status as a "religion" in the USA, which it obtained through a secret deal with the Internal Revenue Service, and which give it extraordinary benefits not permitted to any other group, Scientology is also a multinational criminal racket. The average person would be shocked to learn the amount of influence Scientology wields, mostly due to blackmailing and intimidation of government officials. Scientology's primary goals are to "clear the planet" and to "obliterate" the mental health profession, replacing it with Scientology. They are prepared to do this by any means necessary, and are adept in using their many front groups to portray the cult as concerned humanitarians. They are NOT concerned humanitarians. Indeed, according to L. Ron Hubbard, critics of Scientology are to be considered "fair game," and "may be deprived of property or injured by any means by any Scientologist without any discipline of the Scientologist. May be tricked, sued or lied to or destroyed."

Thousands of people around the world are currently engaged in activism to make Scientology accountable for its human rights abuses, fraud, and many other forms of criminality. To join them, please visit http://www.xenu.net, http://www.youfoundthecard.com, and http://www.enturbulation.org.

Affidavit of Lawrence Woodcraft regarding Scientology's longtime knowledge of the blue asbestos
http://www.xenu-directory.net/documents/woodcraftl20010124a.html 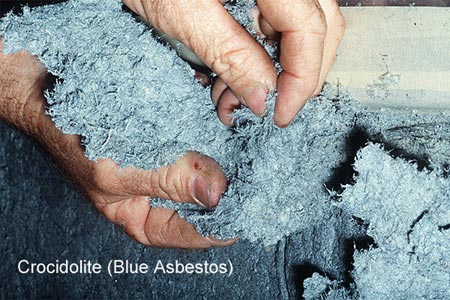 Exposure to blue asbestos can lead to mesotheliomma, a particularly nasty kind of lung cancer
END_OF_DOCUMENT_TOKEN_TO_BE_REPLACED
Add Your Comments
Support Independent Media
We are 100% volunteer and depend on your participation to sustain our efforts!