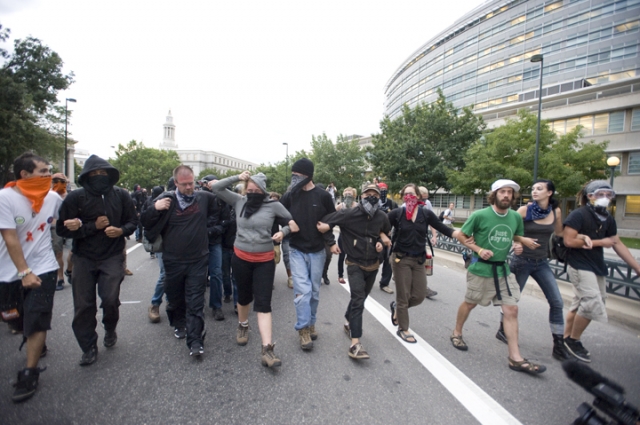 original image (720x479)
The anti-capitalist march started at Civic Center Park just after 6 p.m. Nearly 500 protesters were met with riot police using pepper spray in front of the Denver City and County Building, but protesters pulled a fast one and put the cops at their backs as they marched across the park to Colfax and 15th Street.

Outside of the Sheraton Hotel on 15th Street between Court Place and W. Colfax Avenue riot police formed lines at the end of both blocks trapping hundreds of non-violent protesters while well dressed DNC attendees looked down from hotel windows.

Police used pepper spray on peaceful protesters in order to, as the corporate Rocky Mountain News wrote on Tuesday, "gain the cooperation of protesters."

Riot police formed two circles around demonstrators, one on the 15th Street, the other on the adjacent sidewalk next to the Civic Center.

The anti-capitalist march was heavily infiltrated by undercover police officers wearing bandanas to cover their faces, in black bloc attire and filming crowds and individuals. As the police surrounded the protesters, they pulled out a number of undercover cops into the police lines. Undercover officers trailed protesters throughout the action and around the surrounding areas.

About 50 people who found themselves on the street where arrested and taken to a temporary holding facility set up by the Denver Police Department that activists have renamed "Gitmo on the Platte." At one point police arbitrarily released around 50 protesters from the street to the sidewalk police line.

After the activists and riot police lingered on the streets in front of the Civic Center. Police targeted individuals and snatched them from the crowd. Arrests continued past 9 p.m. More than 100 people were taken into police custody by the end of the night.

Before the action, police pulled over a truck carrying banners, flags, and a pink-tank sound system that was successfully used during the Reclaim the Streets action on Sunday. Police confiscated the equipment, but released the driver and passenger. 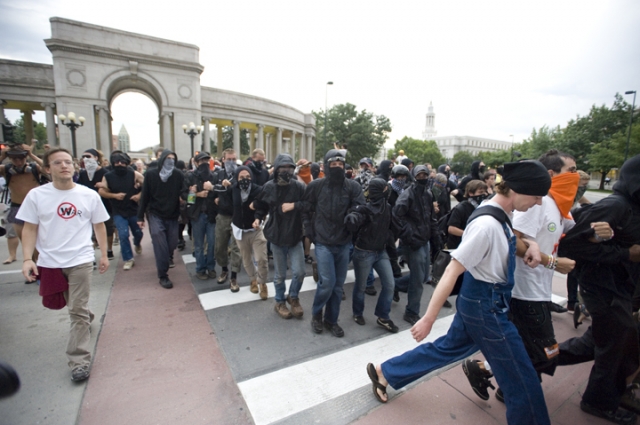 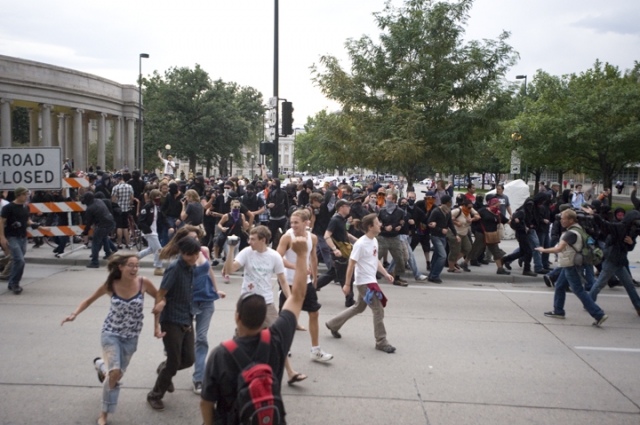 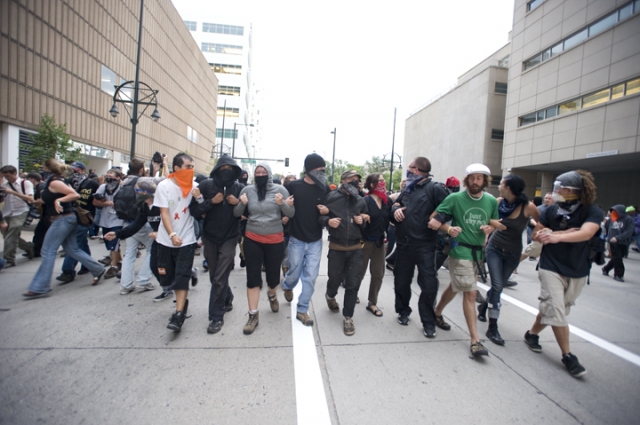 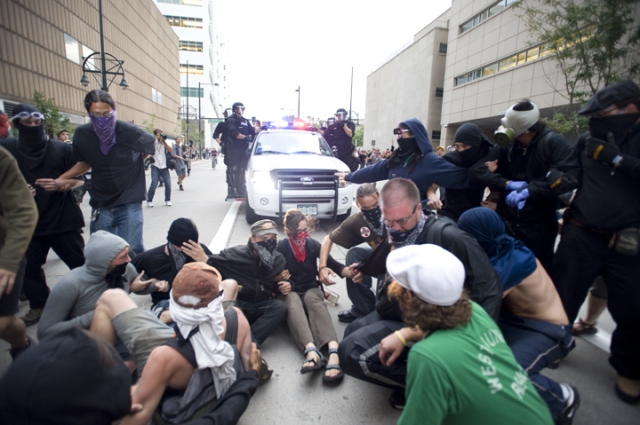 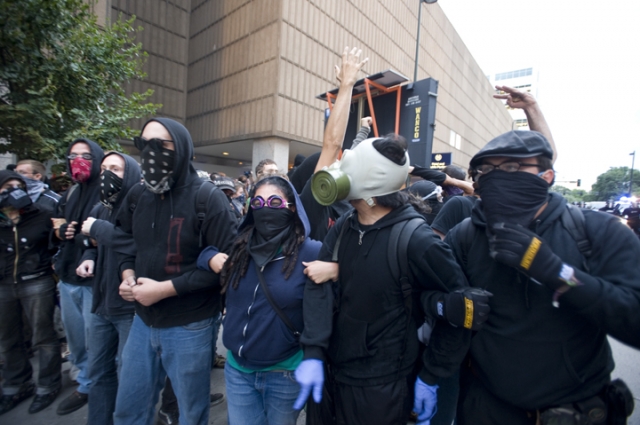 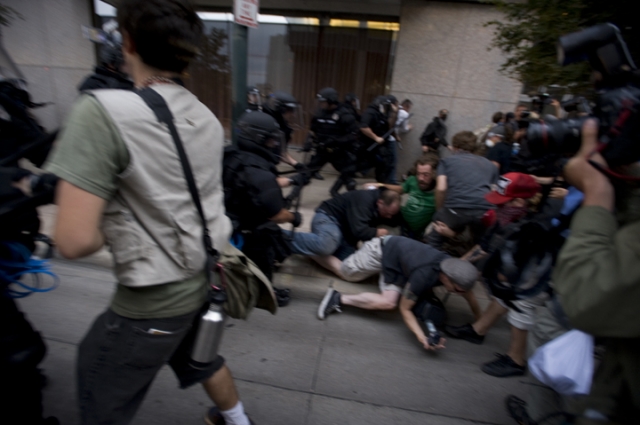 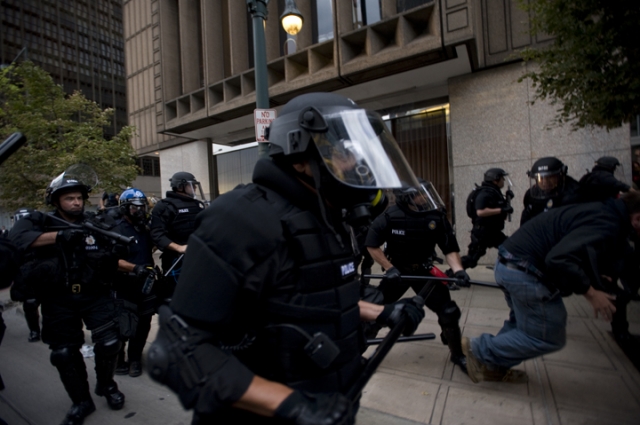 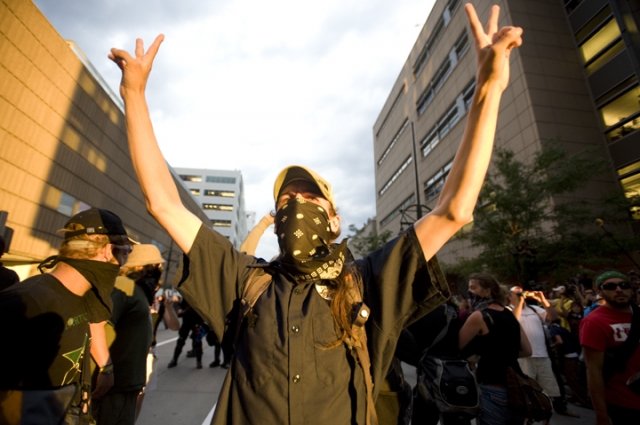 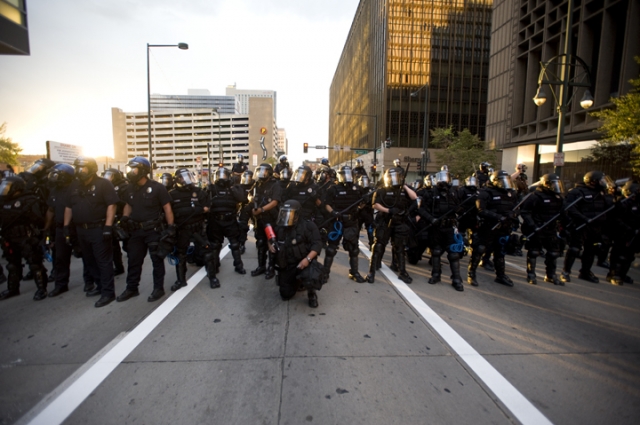 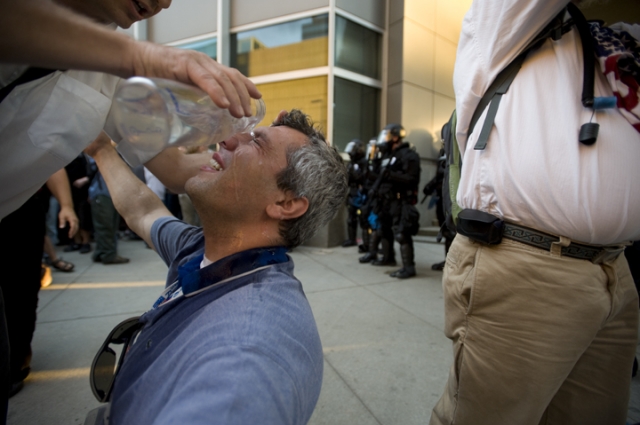 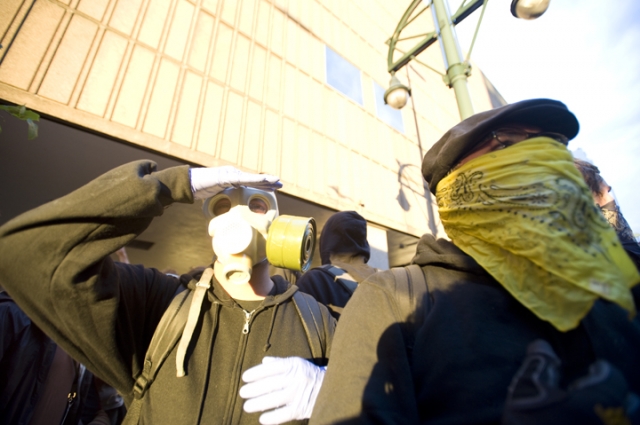 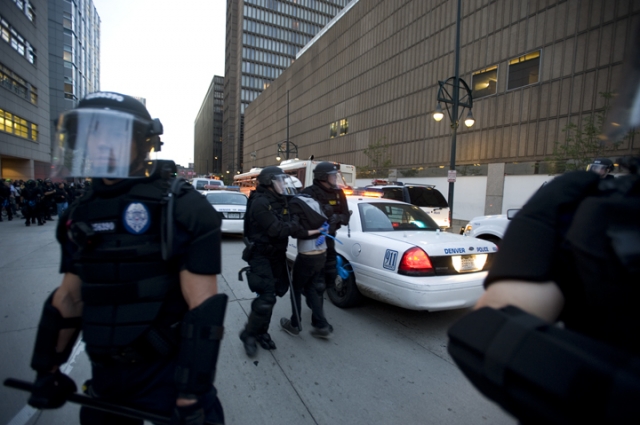 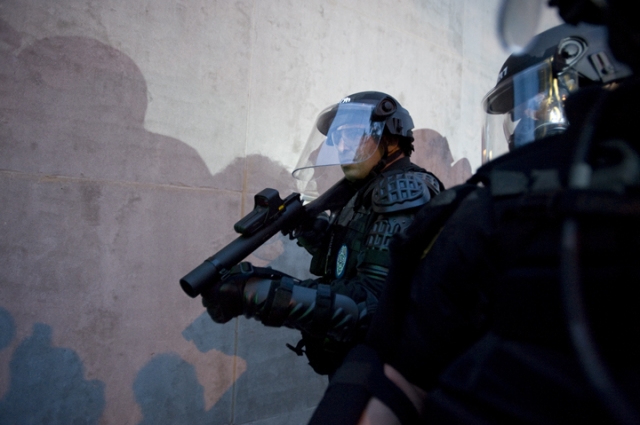 original image (720x479)
Add Your Comments
LATEST COMMENTS ABOUT THIS ARTICLE
Listed below are the latest comments about this post.
These comments are submitted anonymously by website visitors.