Add an Event
Newswire
Calendar
Features
Home
Donate
From the Open-Publishing Calendar
From the Open-Publishing Newswire
Indybay Feature
Publish to Newswire
Add an Event
Related Categories: Santa Cruz Indymedia | Environment & Forest Defense | Health, Housing & Public Services | Labor & Workers
STOP La Bahia Expansion and Takeover!
by Radio Trabajadora
Monday Aug 25th, 2008 8:08 PM
On August 21st, 2008 labor unions, community leaders, politicians, and residents came together to protest the La Bahia Expansion. The City of Santa Cruz and the Seaside Company want to expand the La Bahia Hotel into a 74 feet tall hotel/conference center right next to the beach. This building will hurt and harm the environment, and on top of that they are trying to build the hotel with non-union workers and later staff it with non-union employees. 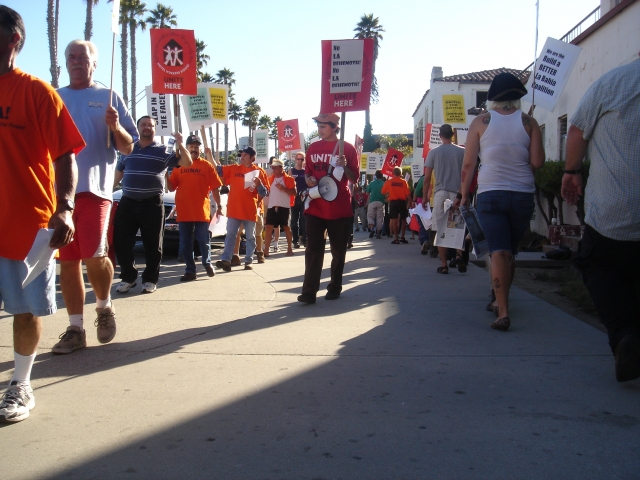 original image (2592x1944)
This expansion and takeover of the La Bahia is a project that members of the city council, together with city planners and the Seaside Company want to build a corporate tall hotel/conference center on 215 Beach St, in between the Beach Boardwalk and the Santa Cruz Wharf. There are people living in La Bahia Apartments (215 Beach St), and is also a protected historical city landmark that the developers and corporate supporters are completely trying to disregard.

Members of the city council, city planners, and the Seaside Company want to break more current laws by changing the Santa Cruz Coastal Zoning Laws. Right now, as we both learn something new, the maximum height of a building on First and Second Street in the Beach Hill area is 40 feet... 74 feet tall hotel/conference centers in the Beach Hill are 34 feet too illegal. These corporate criminals are trying the hardest they can to change the current Zoning Laws so their pockets can get a little bigger and heavier. How can they walk with so much shame in their pants y ese mal corazon?

These huge construction plans will also affect the environment in ways it will affect Santa Cruz for ever. First of, marine and coastal life/plants will see the biggest harm. We, will never again see a day next to the beach without traffic. Traffic is dreadful in the weekends as it is now. With this new monstrous project, traffic and pollution are going to be more prevalent in the Santa Cruz Beach Hill and Beach Flats communities. We won't see another day without traffic near the beach, neither while it gets built or after it gets built.

This new expansion of La Bahia can also put Santa Cruz in danger!

Santa Cruz is well known for being a small, peaceful, local town. I have lived in two countries (Mexico and the U$ of A) before, and in many different cities (LA, San Diego, Santa Cruz, Culiacan, Tijuana, Huajicori and Puebla). By living in Tijuana, Culiacan, Puebla, LA, and San Diego, I have seen the affect that corporate business and corporate mindset has an entire community. Santa Cruz has almost been an exemption. In Santa Cruz, you can choose to support local businesses, and keep local money local; which a lot of people do--not enough, but a lot. But, when a 74 feet tall hotel/conference center is built right in front of our noses and demolishes a historical, humble Santa Cruz landmark, then "Roger, we have a problem." I also heard from a neighbor to the proposed La Bahia Expansion, that they are trying to demolish the Peter Pan Motel and the one next to it, and built a Marriot Hotel/ Conference Center. If we allow La Bahia to make another huge hotel/conference center next to the beach, we are opening the door for more huge hotels and more huge corporations. In a matter of two to three years we'll be seeing construction all over Santa Cruz, pollution all over Santa Cruz! We won't be cruisin' down Pacific no more. We'll be walking on Broadway next to Comerica Bank, Bank of America, and Wells Fargo, huge 74 feet tall buildings. The beach won't be what it is now. It will be a touristic destination all year long!!! Is that what we want for this small local and peaceful town?

On top of all that, the City and Seaside Company want to build this whole project with non-union workers and later, when it is build, staff with non-union workers. All ready in Santa Cruz, there is only two hotels where the workers are being represented by a union, (the Dream Inn and the UCSC Inn) this new 74 feet tall hotel/conference center will jeoperdize and damage their wages and benefits. Plus, we all know what happens to working class people when they are not being represented and have the right to collectively bargain... Is even worse when you'll be employed by people that don't respect current Zoning laws, and historical city landmarks. This La Bahia Expansion and Takeover just can't be good!!!

Help us impede the corporate power holders in Santa Cruz by joining us on September 23rd at the City Council meeting and sharing YOUR concerns with La Bahia Expansion and Takeover!
I will see YOU there!!!

Overall, the corporate hotel/conference center is a bad idea, but that is just my thoughts. I will encourage you to form your own ideas and publish them wherever you want... indymedia can be a start... and remember "Make media, Make Trouble"

Check out the small documentary of the Action on the 21st!
§Cesar Lara y sus camaradas
by Radio Trabajadora Monday Aug 25th, 2008 8:09 PM 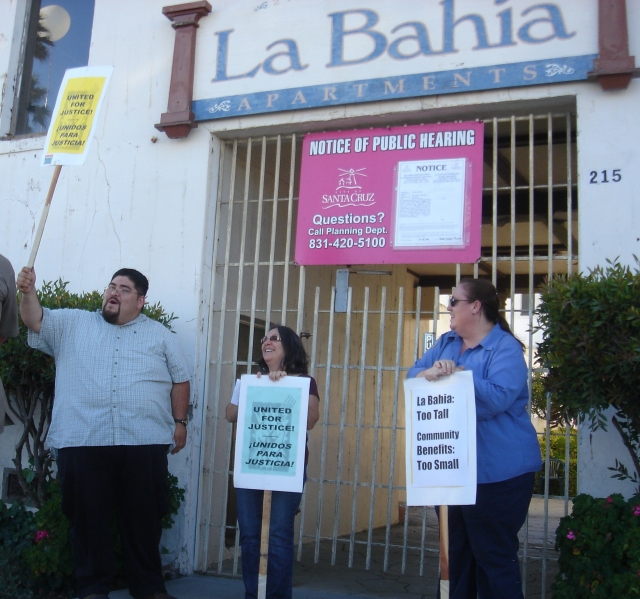 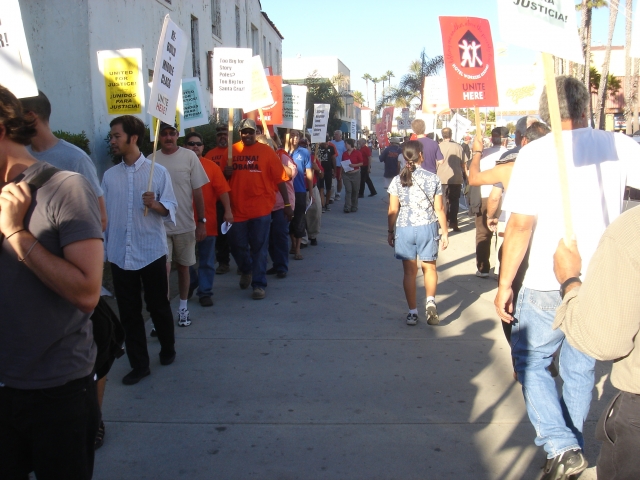 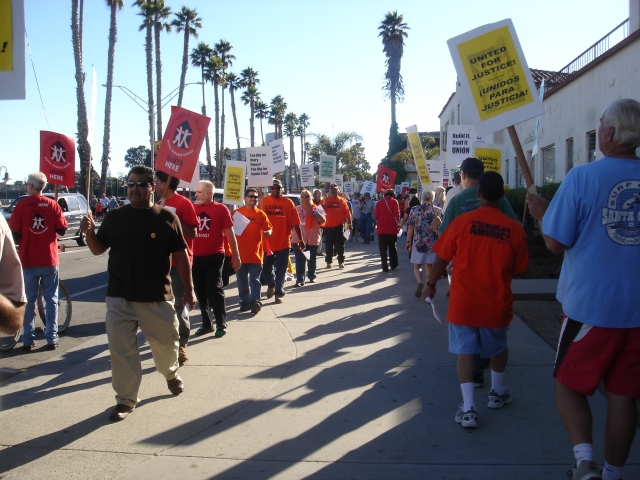 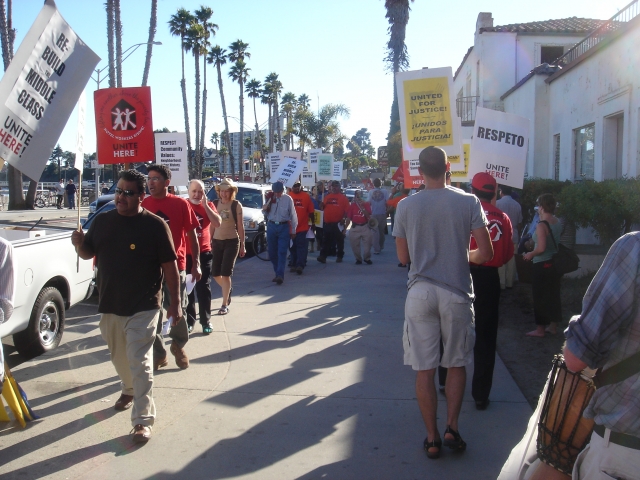 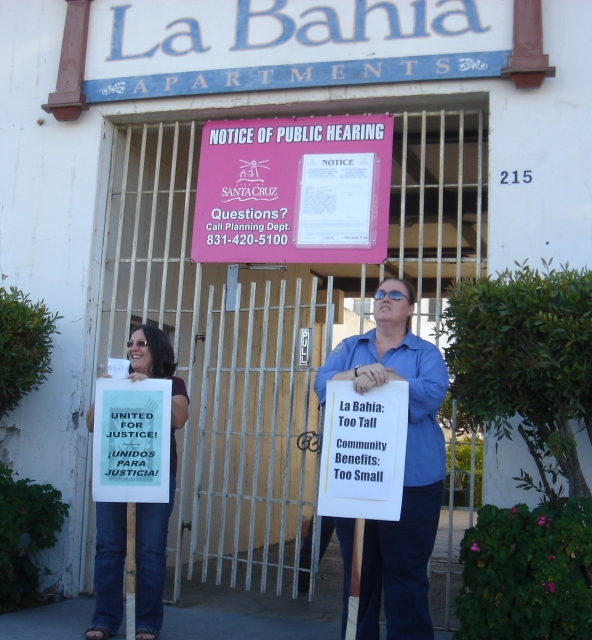 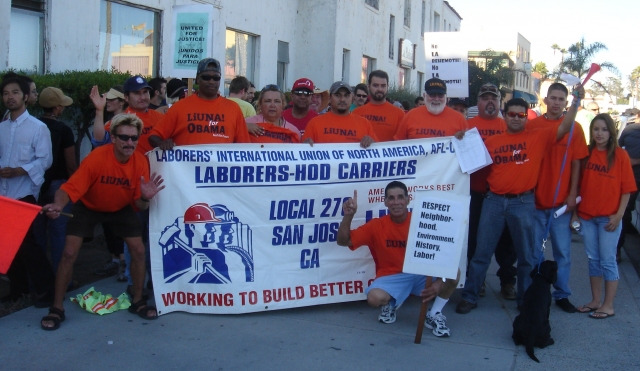 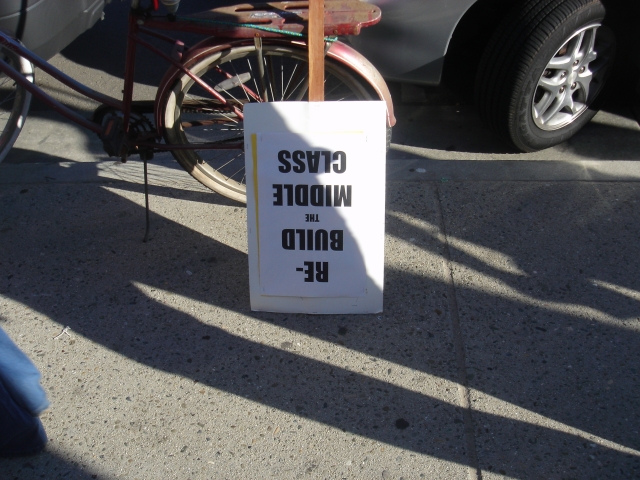 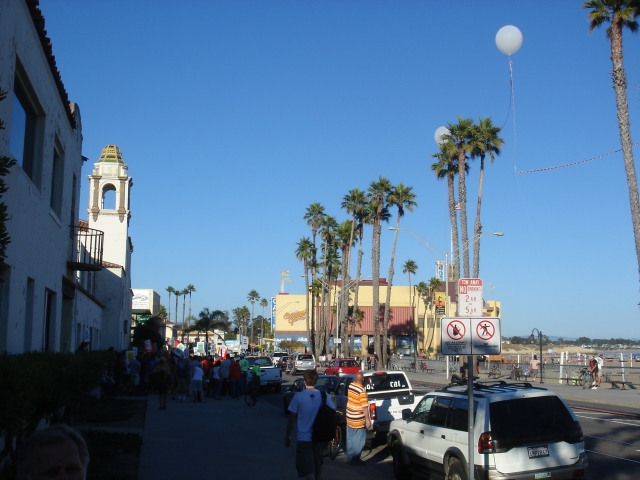 original image (2592x1944)
Add Your Comments
Support Independent Media
We are 100% volunteer and depend on your participation to sustain our efforts!