Add an Event
Newswire
Calendar
Features
Home
Donate
From the Open-Publishing Calendar
From the Open-Publishing Newswire
Indybay Feature
Related Categories: U.S. | Global Justice & Anti-Capitalism | Police State & Prisons | Racial Justice
40ft mosaic for incarcerated Black Panthers.
by carrie reichardt (info [at] freezulu.co.uk )
Monday Aug 25th, 2008 9:48 AM
A spectacular mosaic has been unveiled on the outside wall of a house in the west London suburb of Chiswick to raise awareness of African-American men confined in the notorious Angola prison, Louisiana. 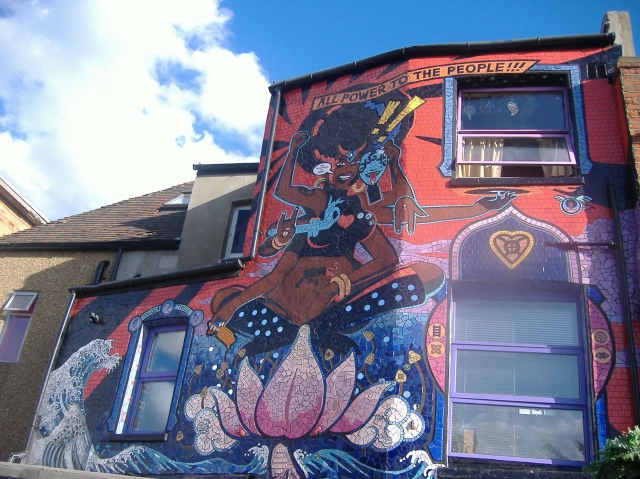 original image (2667x2000)
A spectacular mosaic has been unveiled on the outside wall of a house in the west London suburb of Chiswick to raise awareness of African-American men confined in the notorious Angola prison, Louisiana.

The artwork, which took four months to create by a dedicated group of activist artists, decorates The Treatment Rooms, home of street artist Carrie Richards, aka The Baroness, and her partner Mr. Spunky.

The mosaic depicts the so-called Angola 3 – Herman Wallace, Albert Woodfox and Robert King – men wrongfully convicted of murder at Angola prison in the 1970s and who subsequently spent decades in solitary confinement. Though Woodfox’s conviction has been overturned, and Wallace’s recommended for such, both men remain behind bars.

The extensive work is also dedicated to Kenny ‘Zulu’ Whitmore, who has similarly spent 33 years in solitary confinement at Angola, where the majority of inmates are black and will die inside its walls.

“Zulu is a true warrior, Panther, a servant of the people. Like Herman, and I he has fought a good battle, for so long, unrecognized, unsupported! This must stop, just as all of the many freedom fighters, fight everyday, just to breathe, without any support, this must stop now!!! So many political prisoners, prisoners of war, and prisoners of conscious, have sacrificed their lives, and freedoms, because they believed in the people but somehow, the people have stopped believing in them!”


The only freed member of the Angola 3, Robert King – released in 2001 after his murder conviction was overturned – attended the unveiling on June 21. One of the purposes of his stay in London was to launch the Free Zulu campaign. He spoke to a crowd of 150 artists and activists from the UK, Europe and North America who have rallied around the causes of the Angola 3 and Zulu.

Zulu is at a critical point in his legal case, but is currently without a lawyer. Those wanting to reach out to help him can go to his new website for information and you could always simply write to him and show the world you know he is there; 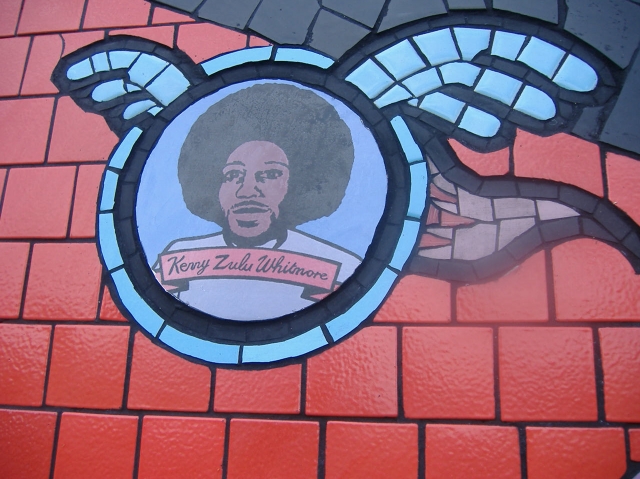 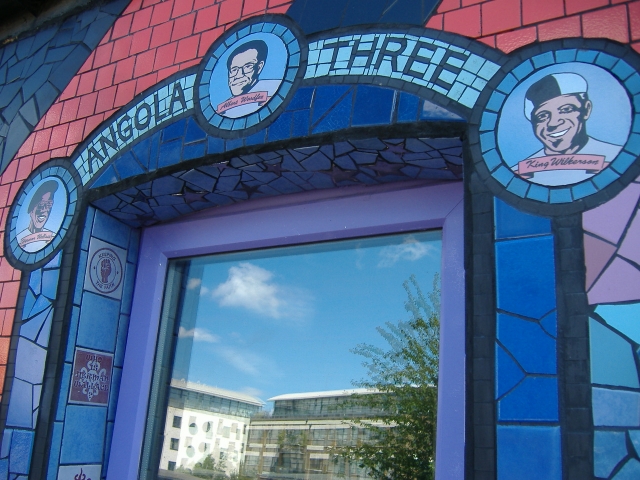 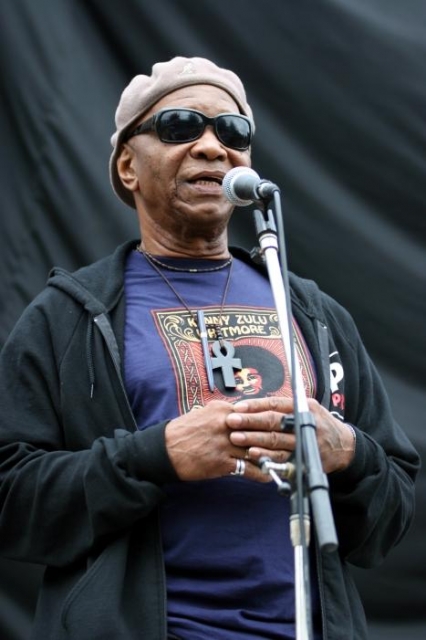 original image (467x701)
Robert King Speaking at unveiling of the mosaic
http://www.freezulu.co.uk
§The whole back of The Treatment Rooms
by carrie reichardt
Monday Aug 25th, 2008 9:48 AM 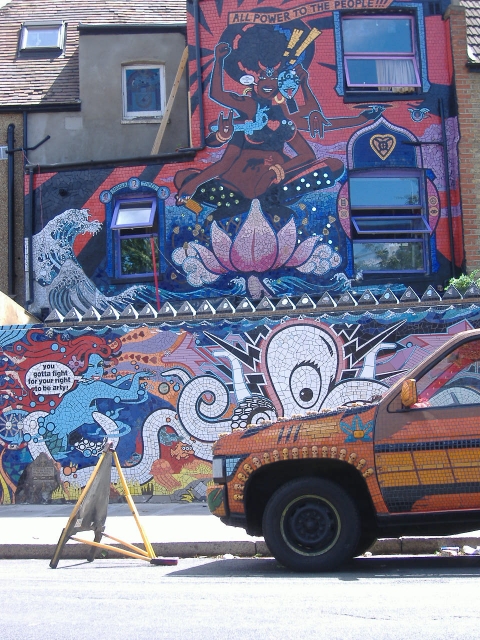 §Great Artwork!
by Hans Bennett
Monday Aug 25th, 2008 3:08 PM
The artwork here is so cool. Also, I enjoy seeing what Robert King is doing after release. Thanks for posting this.
http://Abu-Jamal-News.com
Add a Comment
Support Independent Media
We are 100% volunteer and depend on your participation to sustain our efforts!