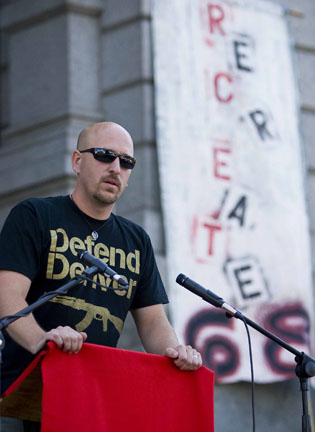 Glen Spagnuolo - Was the MC of the proceedings on the first day of the scheduled DNC protest events. Spagnuolo best known for his leadership with the activist group Recreate '68 ignited the crowd with sharp criticisms of police intimidation tactics to deter demonstrators. Encouraging the marchers to have no fear he advocated standing up to power and keeping politicians honest. Speaking on topics of imperialism and occupation he noted the lack of change either candidate is offering in the upcoming elections on these issues specifically. "People have asked me if I support the troops? I tell them I support the troops that go AWOL". Spagnuolo said. Info @ http://www.recreate68.com

Ward Churchill - The controversial free speech advocate and accomplished CU professor made an appearance on the west steps of the Denver Capitol building on Sunday. In solidarity with the American Indian Movement Churchill spoke about the persecution of native americans and their living conditions on reservations across the united states. Keeping with the theme of the "End All Occupations March" he spoke about acknowledging those issues in our own country as well as problems abroad. Info @ http://www.wardchurchill.net

Ron Kovic - Vietnam war veteran turned anti war activist famous for the autobiographical film "Born on the fourth of july" spoke on the steps of the Capitol and participated in the march to the pepsi center sunday afternoon. Invoking the vision of war in the minds of his listeners he told his story about being confined to a wheelchair for the rest of his life. Explaining that silence is complicity Kovic spread the message to stay vocal in this vital period in our history. "We won't be silenced! We won't be silenced!" Kovic led repeated chants with fellow demonstrators. Kovic was also seen participating in a sit in near the police barricade in front of the pepsi center. Info @ en.wikipedia.org/wiki/Ron_Kovic

Dead Prez - After performing the previous night as an act on the "Rock the bells" tour... The socially conscious hip hop group out of NYC rocked the crowd with their poetic brand of resistance. "You can't fool all the people all of the time. But if you fool the right ones, then the rest will fall behind
Tell me who's got control of your mind? your world view? Is it the news or the movie you're taking your girl to?" Dead Prez continued on with their witty lines and poignant lyrics while being cheered on by fellow activists. Info @ http://www.deadprez.com

Cindy Sheehan - American anti-war activist, whose son, Casey, was killed during the Iraq war in 2004 was also in attendance. She was one of the first speakers of the day. She talked about her campaign for the United States Congress amongst other topics involving activism, unity, and ending United States involvement in the Middle East. Info @ http://www.cindyforcongress.org/

Kathleen Cleaver - Black Panther Party activist and wife of the late Eldridge Cleaver was at the rally and spoke as well. The military industrial complex and United States imperialism were her focus. Info @ en.wikipedia.org/wiki/Kathleen_Cleaver

Jeremy Scahill - Investigative journalist and the author of "Blackwater: The rise of the world's most powerful mercenary army" briefly spoke to a smaller crowd of dedicated listeners at Cuernavaca Park. Scahill noted the increasingly alarming trend of military privatization and war profiteering going on in Iraq.
Info @ http://www.huffingtonpost.com/jeremy-scahill

Amy Goodman - The American progressive broadcast journalist and Democracy Now front woman spoke about the importance of the publics involvement with independent media at Tent State University in Cuernavaca Park later sunday evening. Goodman spoke about the alarming number of journalist videographer and photographer deaths in Iraq that are going unreported in the corporate news cycles. She also touched on the large level of soldier discontent that is largely ignored in the mainstream press. Near the end of her speech she insisted that people exercise their right to vote no matter who they are supporting in this election. She finally closed in saying that "Every action no matter how small effects the world around us" and urged people to stay active and to participate in creating and spreading the word about alternative news outlets. Info @ http://www.democracynow.org 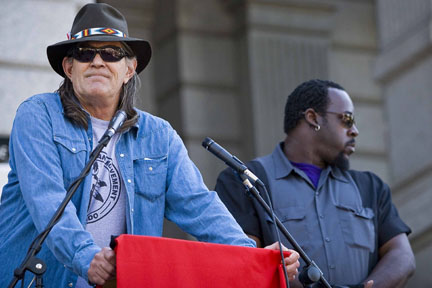 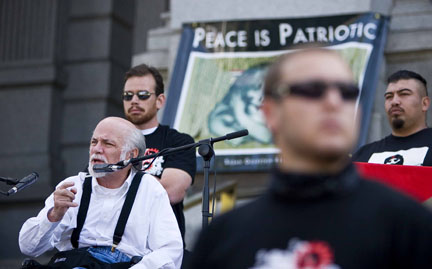 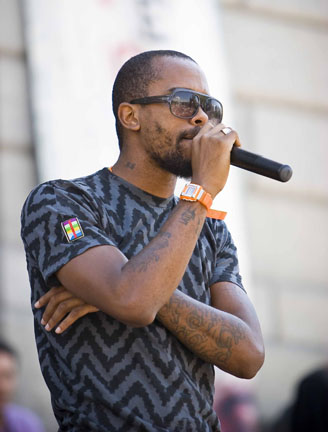 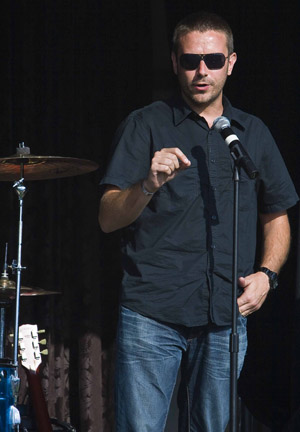 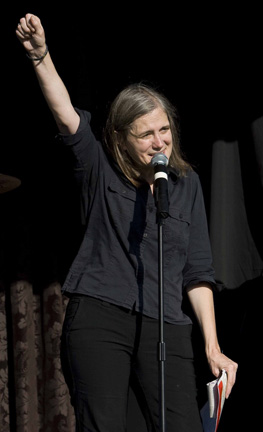 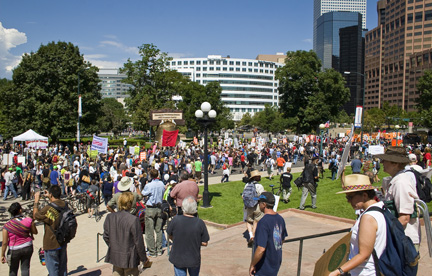 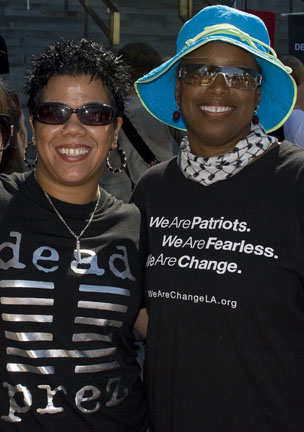