Add an Event
Newswire
Calendar
Features
Home
Donate
From the Open-Publishing Calendar
From the Open-Publishing Newswire
Indybay Feature
Publish to Newswire
Add an Event
Related Categories: U.S. | Anti-War | Global Justice & Anti-Capitalism | Government & Elections
DNC Sunday Aug. 24
by Nico Rahim
Sunday Aug 24th, 2008 10:59 PM
Unconventional Denver shut down the streets of the Mile High City on the eve of the Democratic National Convention. At 9 a.m. nearly 2,000 people marched against the war in a Recreate '68 march, followed by a Funk the War protest by the Alliance for Real Democracy. Unconventional Denver then reclaimed the streets in an action with the support of more than 600 people. The action made its presence felt in front of three delegate hotels and took over the 16th Street Mall and numerous intersections before finishing at the Civic Center Park. Before the march ended there where multiple standoffs with police, with one arrest. 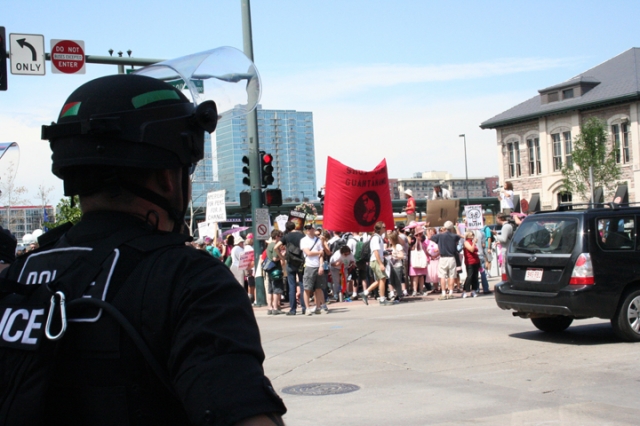 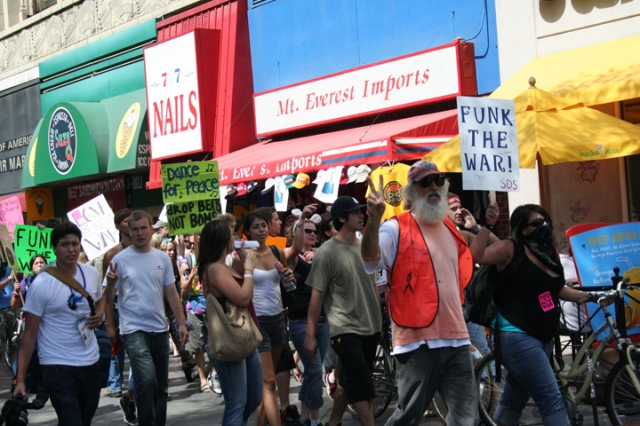 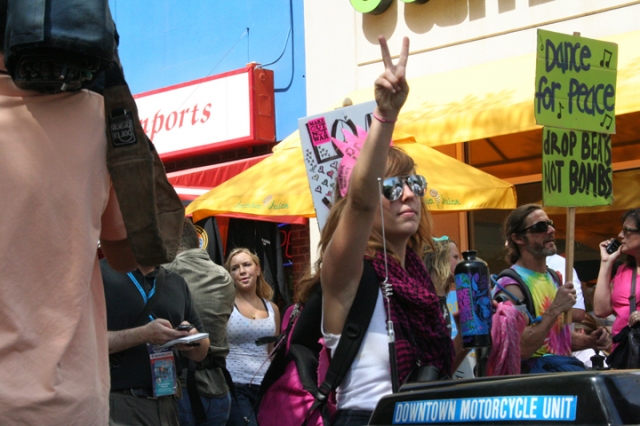 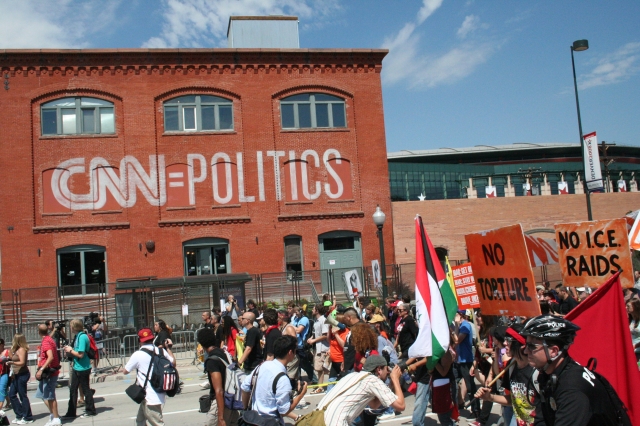 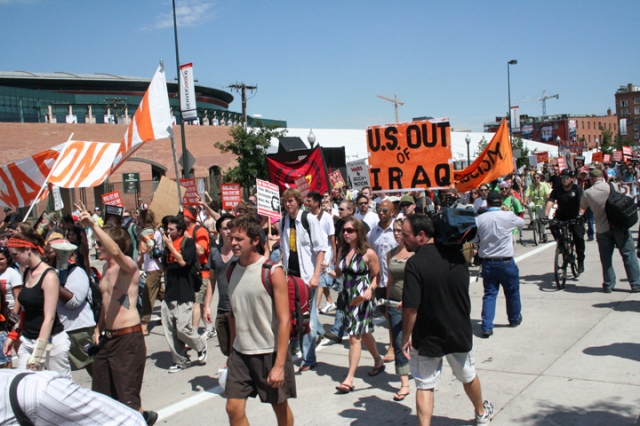 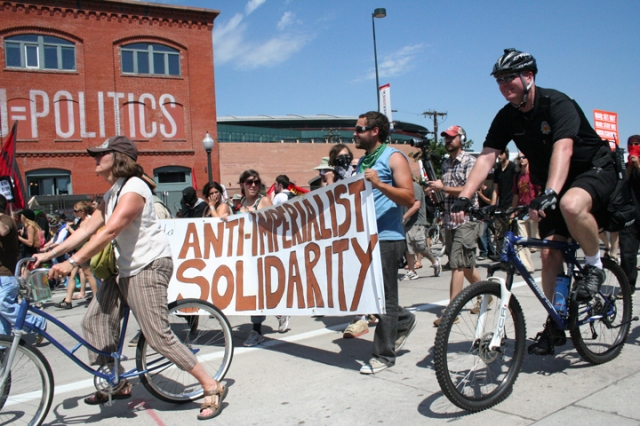 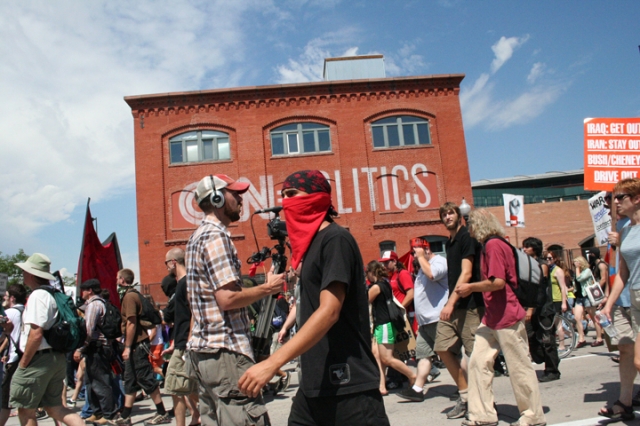 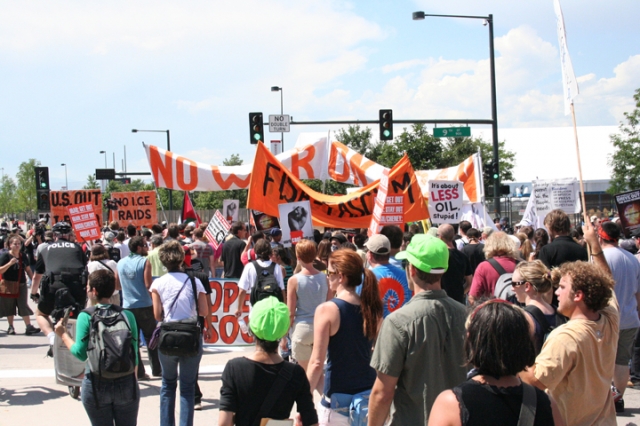 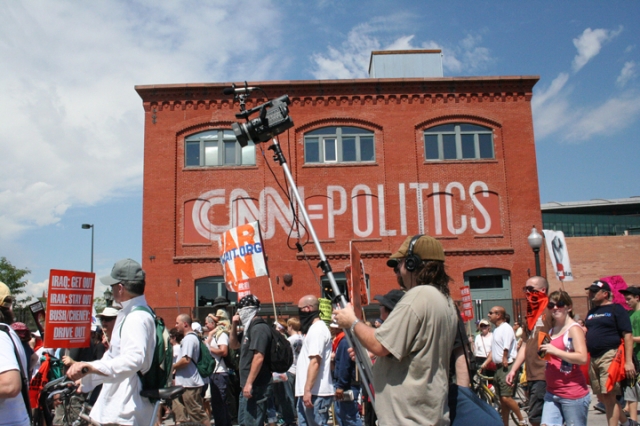 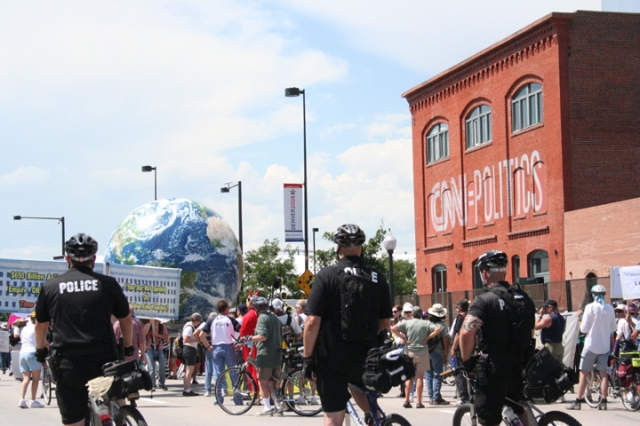 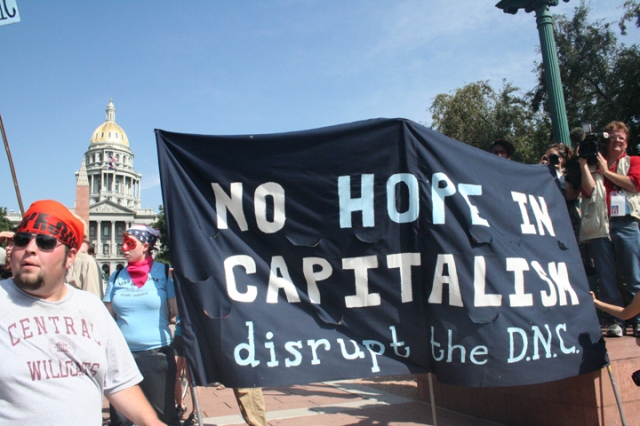 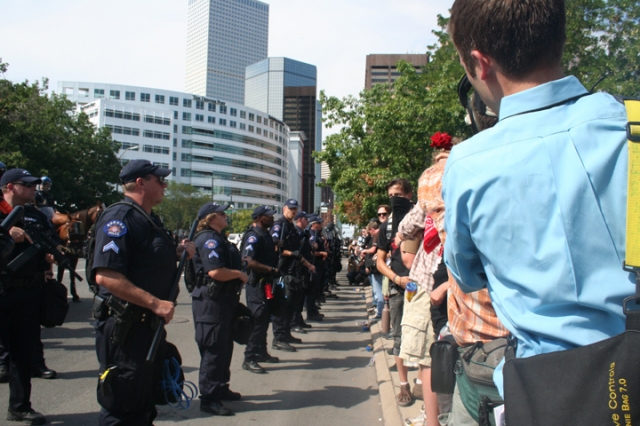 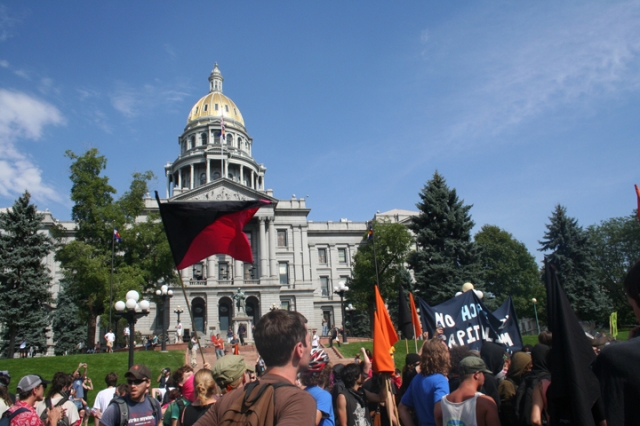 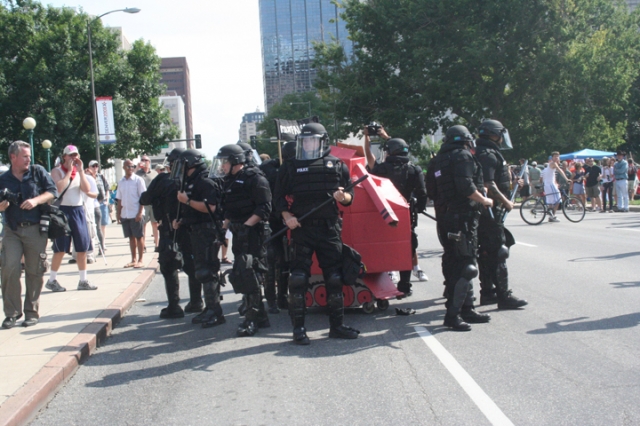 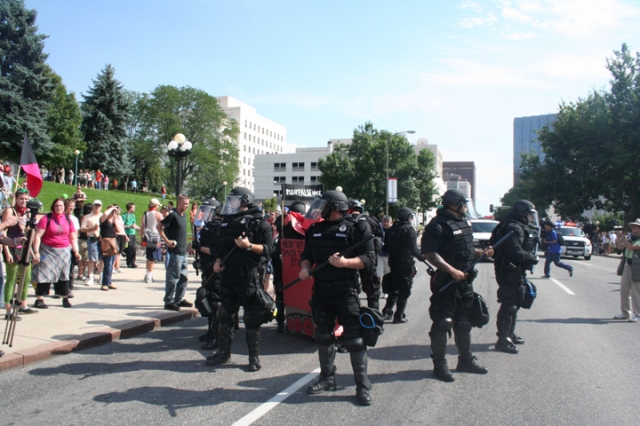 original image (720x480)
Add Your Comments
LATEST COMMENTS ABOUT THIS ARTICLE
Listed below are the latest comments about this post.
These comments are submitted anonymously by website visitors.