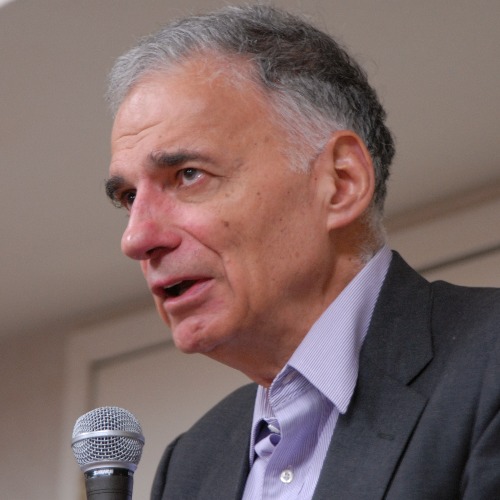 SACRAMENTO, August 2 – The Peace and Freedom Party nominated Ralph Nader as its presidential candidate at the nominating convention of the State Central Committee on Saturday. Nader won a majority of the delegate votes on the first ballot in a four-way contest.

The nomination puts Nader and his vice presidential running mate, Matt Gonzalez, on the ballot in California for the November 4, 2008 general election. As the most populous state, a Nader-Gonzalez candidacy in California gives a critical boost to the Nader-Gonzalez ticket nationwide.

Nader and Gonzalez promised at the convention to use their national campaign to boost the Peace and Freedom Party in qualifying for ballots in many other states. Nader is already said to be polling the support of 6 per cent of the nationwide electorate.

Nader won 46 out of 89 delegate votes cast, beating Gloria La Riva of the Party for Socialism and Liberation with 27 votes, Brian Moore of the Socialist Party with 10 votes, and Cynthia McKinney with 6 votes. McKinney, a former 6-term Democratic congresswoman from Georgia, had already won the presidential nomination of the Green Party.

A total of 101 delegates had been elected to the Peace and Freedom Party State Central Committee in the June 3, 2008 primary election. Over 90 delegates attended the party nominating convention held in the Hawthorn Suites Hotel a few miles north of the state Capitol in Sacramento.

Nader ran as the Green Party candidate for president in 1996 and 2000. He ran as an independent in 2004 and is doing so again in 2008. Winning the Peace and Freedom Party nomination in California eliminates the expensive and exhausting process of qualifying for the ballot as an independent.

Matt Gonzalez, also formerly with the Green Party, served as president of the San Francisco Board of Supervisors. He reassured delegates that a Nader-Gonzalez ticket would fully support the Peace and Freedom Party positions on issues like immigrant rights and labor solidarity.

In his acceptance speech, Nader reminded delegates that his vision of the American dream is “justice for everybody.” 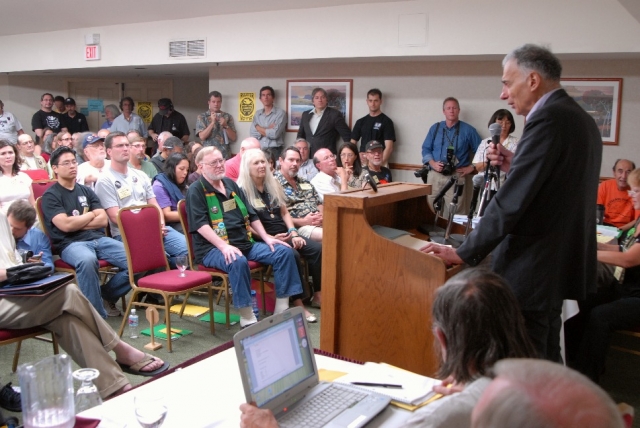 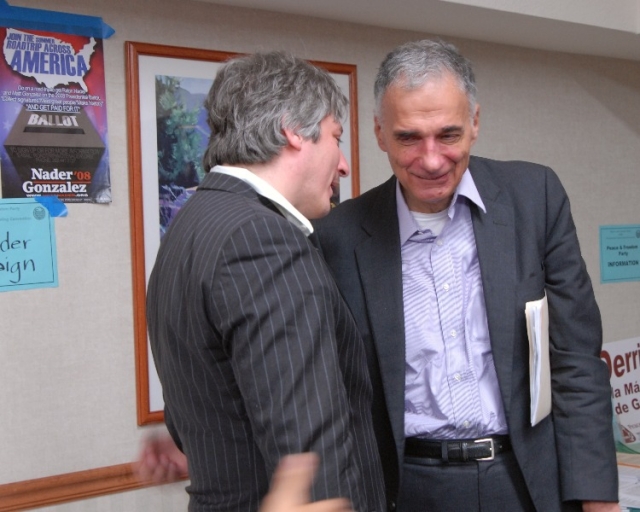 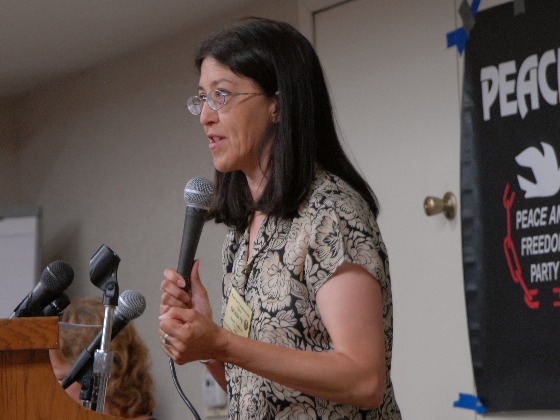 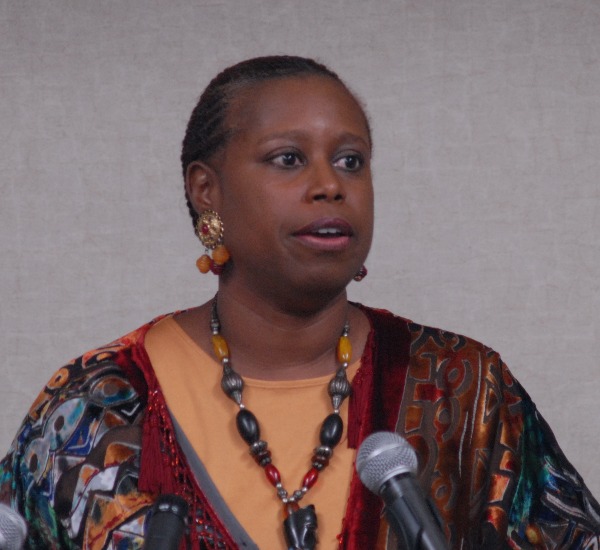 Cynthia McKinney calls for people who are not afraid to carry the message of peace, freedom, and justice into every corner of the country.
http://peaceandfreedom.org
§Brian Moore
by Sharat G. Lin Sunday Aug 3rd, 2008 4:52 AM 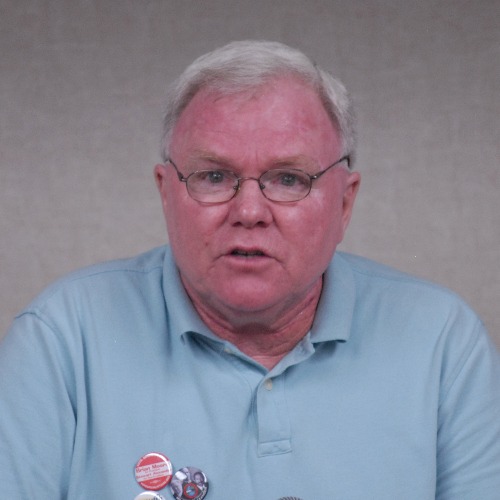 Brian Moore says it is time to talk about democratic socialism as an alternative to the capitalist system.
http://peaceandfreedom.org
§Debra Reiger
by Sharat G. Lin Sunday Aug 3rd, 2008 4:52 AM 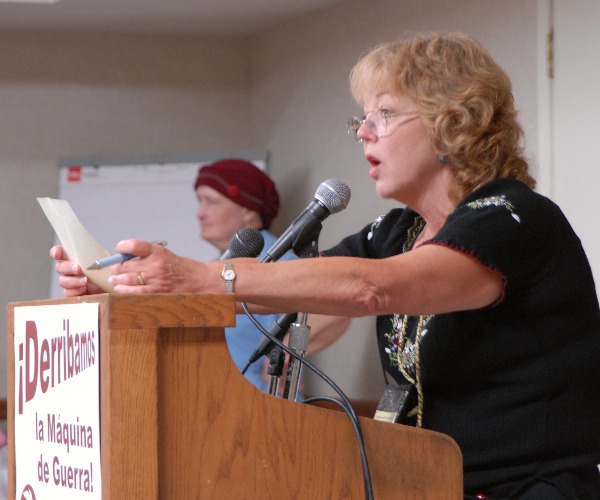 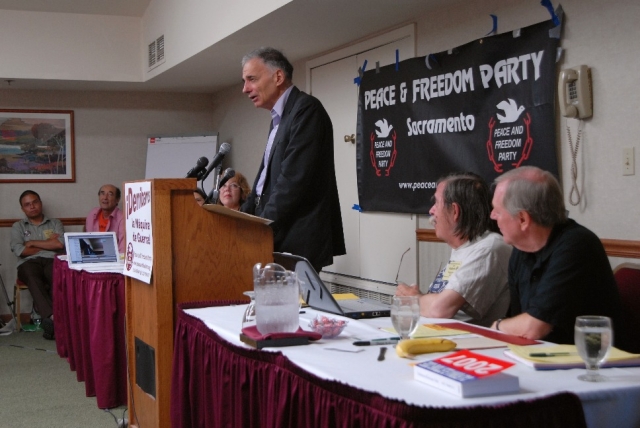 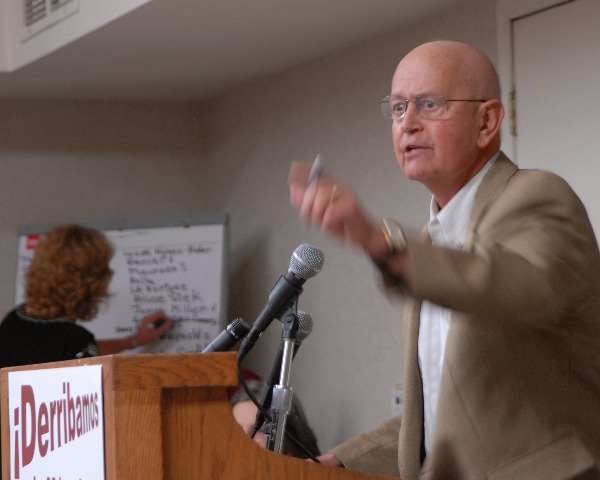 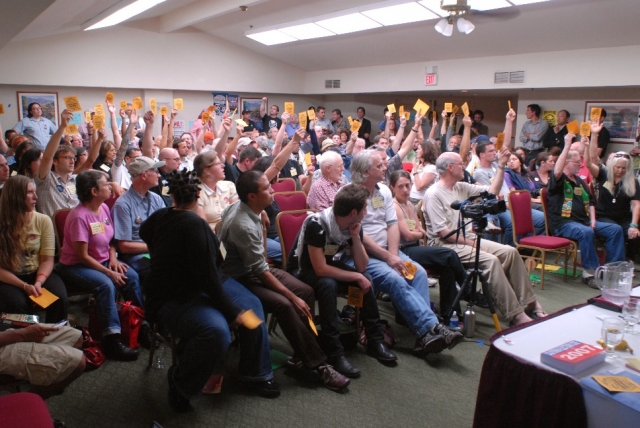 original image (968x648)
Peace and Freedom Party delegates casting their votes by holding up yellow voting cards.
http://peaceandfreedom.org
Add Your Comments
LATEST COMMENTS ABOUT THIS ARTICLE
Listed below are the latest comments about this post.
These comments are submitted anonymously by website visitors.