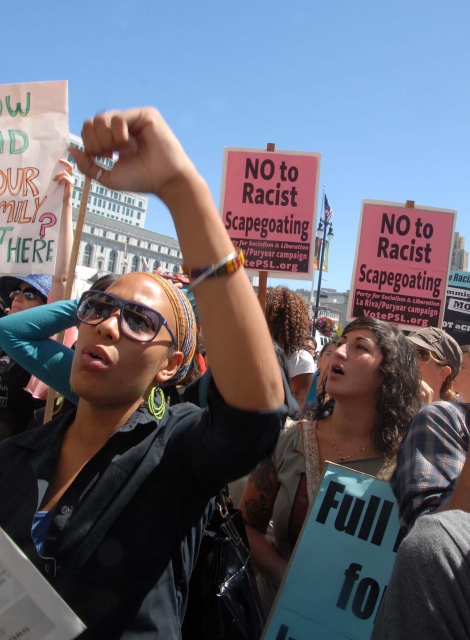 original image (1776x2417)
On less then a day’s notice, over 300 supporters of immigrant rights in the Bay Area came out on July 30 to confront the racist Minutemen on the steps of San Francisco’s City Hall. When the ten Minutemen arrived for a scheduled press conference to challenge San Francisco’s policy of sanctuary for undocumented immigrants, they found their permitted area occupied by pro-immigrant groups and individuals determined to take a stand against the scapegoating of immigrants for the U.S. economic and social problems.

Minutemen founder Jim Gilchrist was drowned out by chants of "Immigrants are here to stay, racist Minutemen go away" as he attempted to address the media. San Francisco Sheriff Department deputies and San Francisco Police Department officers escorted the Minutemen as they left.

The pro-immigrant forces were brought out by a call from La Raza Centro Legal, San Francisco Day Laborers Program and Movement for Unconditional Amnesty. Groups from the St. Peter’s Housing Committee, CARECEN, Bay Area Immigrant Rights Coalition, ANSWER Coalition (Act Now to Stop War and End Racism), the Party for Socialism and Liberation and others mobilized people to come out to the counter protest. 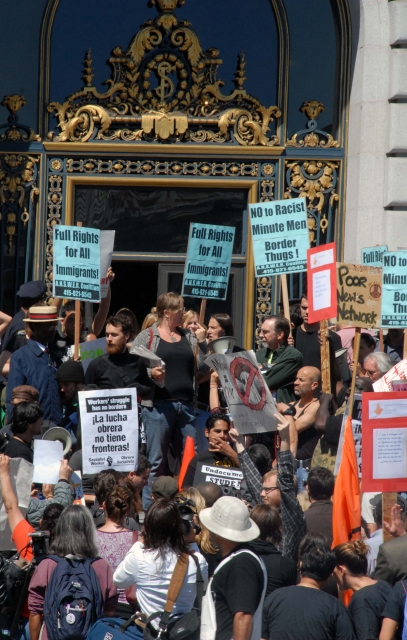 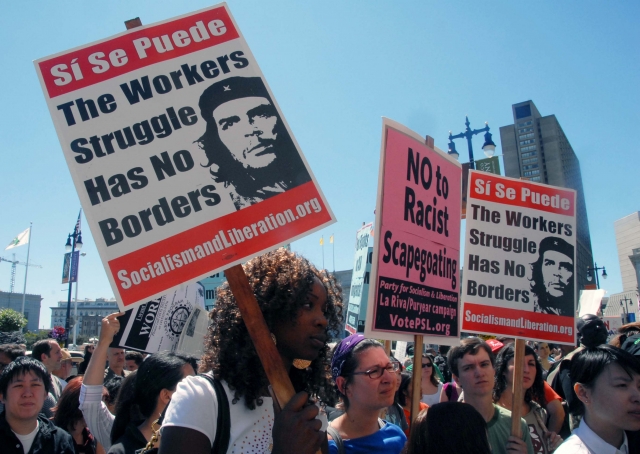 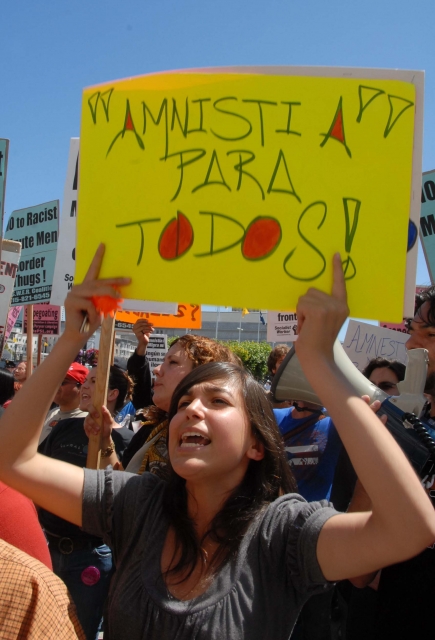 original image (1782x2621)
Add Your Comments
Latest Comments
Listed below are the latest comments about this post.
These comments are submitted anonymously by website visitors.
TITLE
AUTHOR
DATE
A counter-protestor account and video of protestors being shoved by police
anonymous
Great Photos
Equally Great Article
Thank you Bill for posting, wonderful photos
Indymedia Fan
Support Independent Media
We are 100% volunteer and depend on your participation to sustain our efforts!