by ~Bradley (bradley [at] riseup.net)
The Sprockettes, Portland's all female mini-bike dance team, rolled their veggie oil powered bus into Santa Cruz to give two free performances at the Bike Church on July 22nd. Operation Bike Nation 2008, stopping in bike-friendly towns from Santa Cruz to Seattle, features sex-positive club music while The Sprockettes dance in hot pink and black clothing and do tricks on mini-bikes.

The Sprockettes say their mission is to support and interact with the communities around them, advocate bicycle riding, promote positive self-image for all body types, encourage a healthly and physical lifestyle, and to organize and operate their dance troupe in a collective fashion. 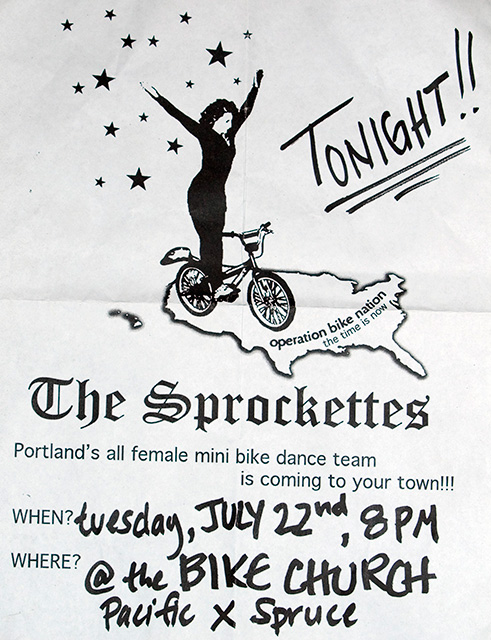 The Sprockettes are an all female synchronized mini-bike dance troupe.

In a basic sense it is our mission to entertain audiences by choreographing dances while using our bikes in our performance.

In a broader sense, it is our mission to:

-Support and interact with the community around us.

-Empower and inspire people to live out their crazy and wildest dreams, therefore embracing the badassocity of life and living their full potential.

-Promote positive self-image for all body types, offering an alternative to the dangerous mono-culture of what the ideal body type is; and promote female positive perspective that celebrates women’s empowerment.

-Organize and operate our dance troupe in a collective fashion.

The Sprockettes began in the spring of 2004 when a pioneering group of ladies decided to put together a performance for the Multnomah County Bike Fair. The crowd response was so positive and we had so much fun that we thought it would be rad to stay together and see where it would take us.

The journey of the Sprockettes has been amazing, held together by our passion for dancing, bicycles, DIY ideology, and striving to promote a healthy body image.

Our members are an eclectic group of women: we are teachers, artists, gardeners, social workers, musicians, mothers, bankers, nannies, writers and students.

We work as a collective choreographing, practicing, making merchandise and performing. We are constantly evolving. 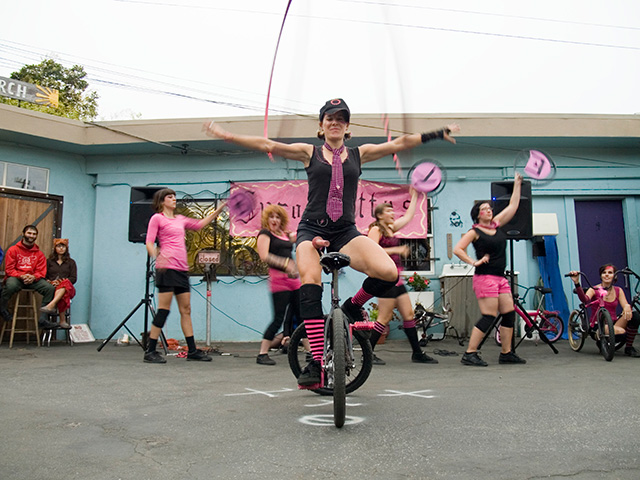 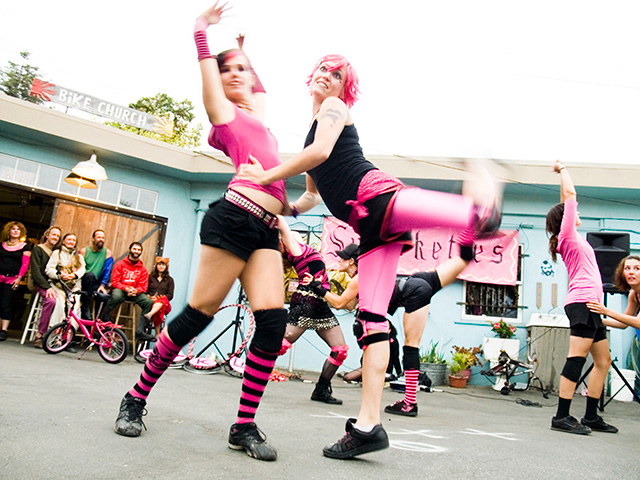 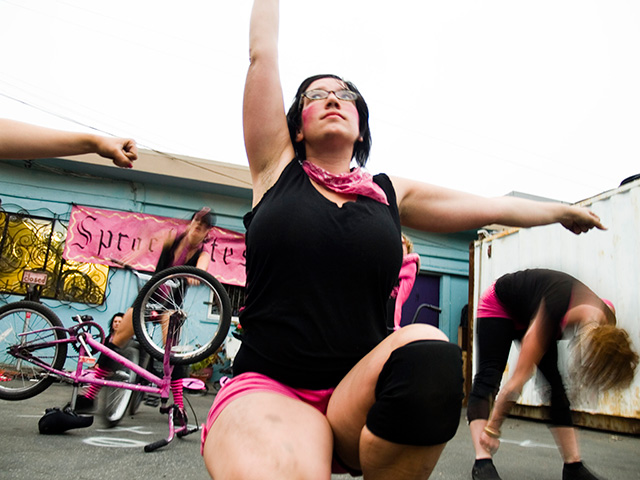 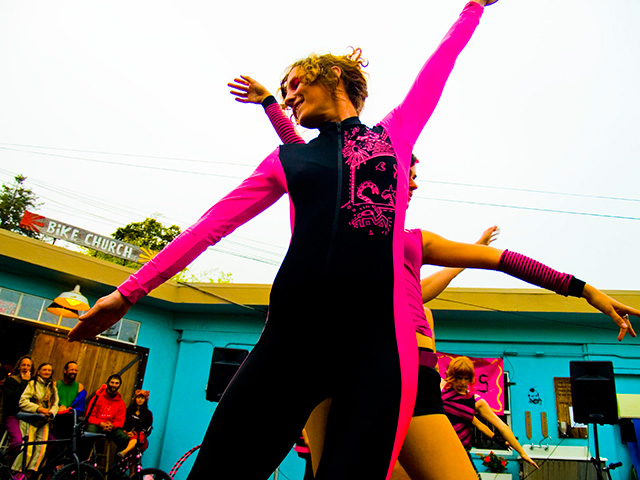 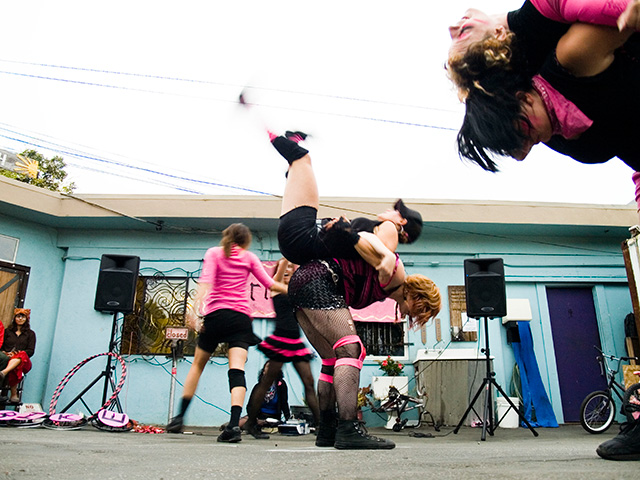 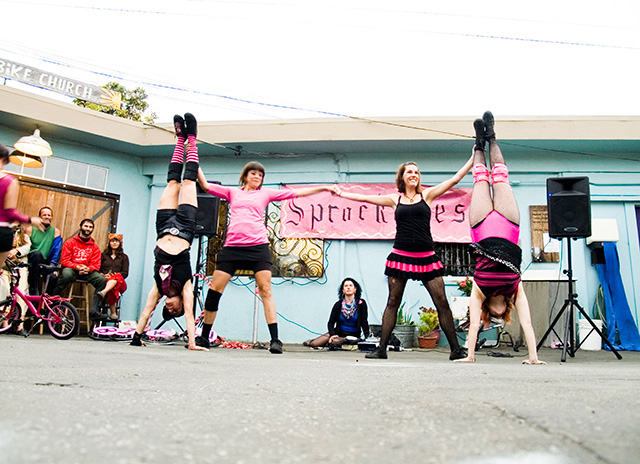 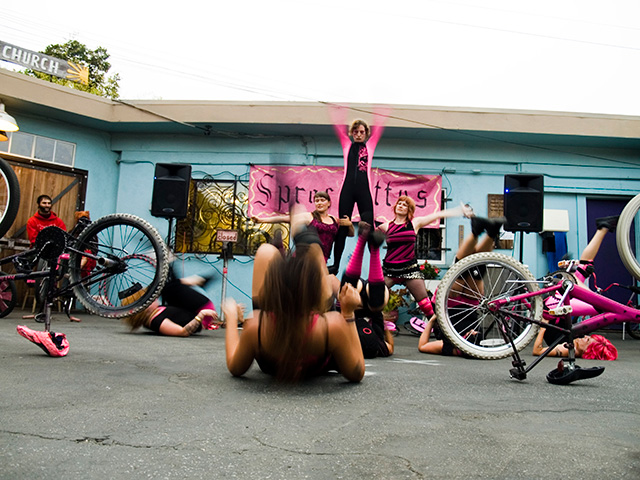 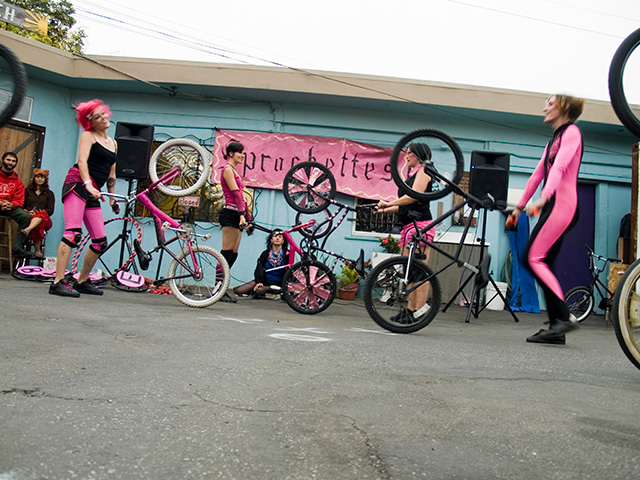 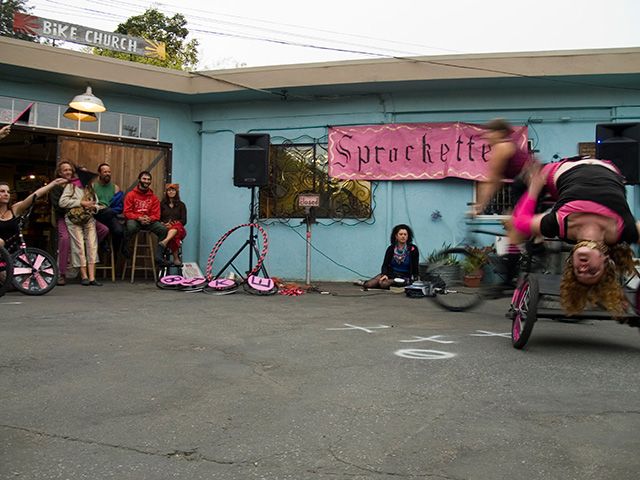 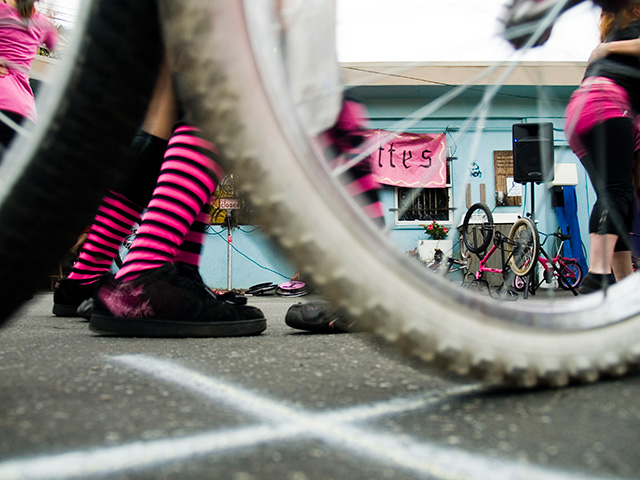 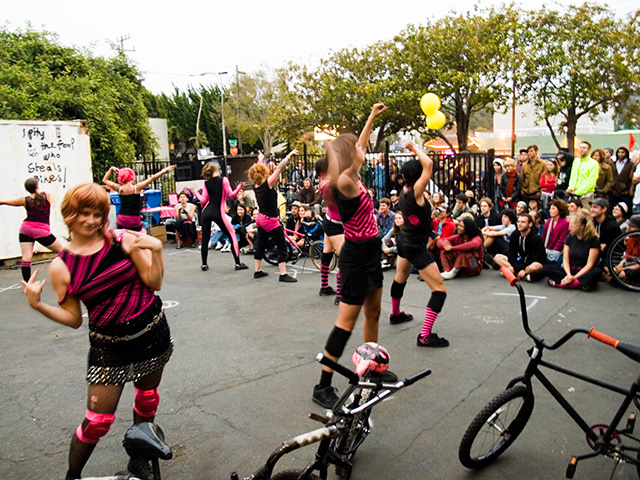 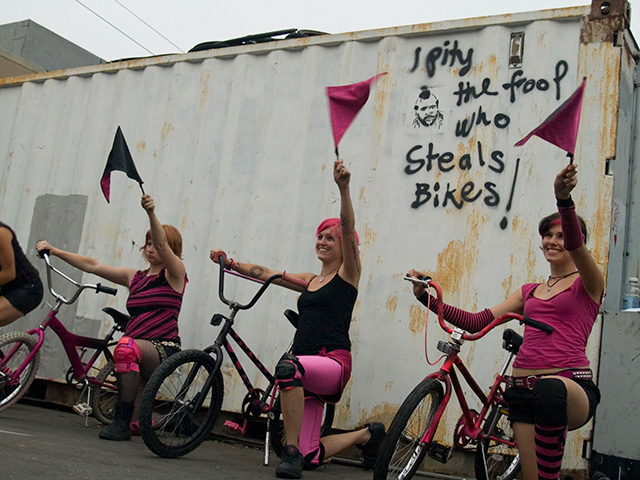 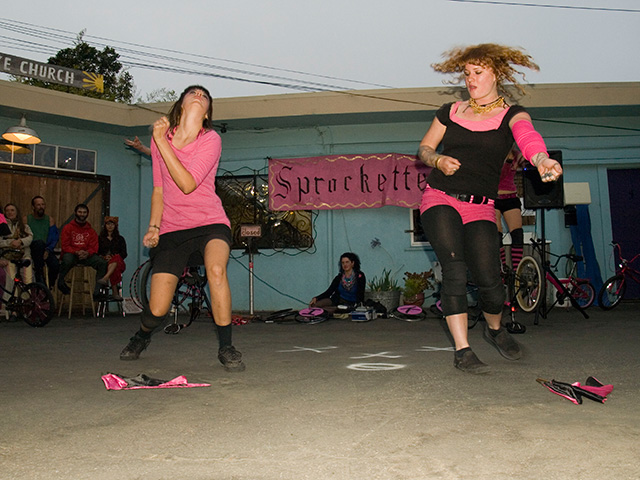 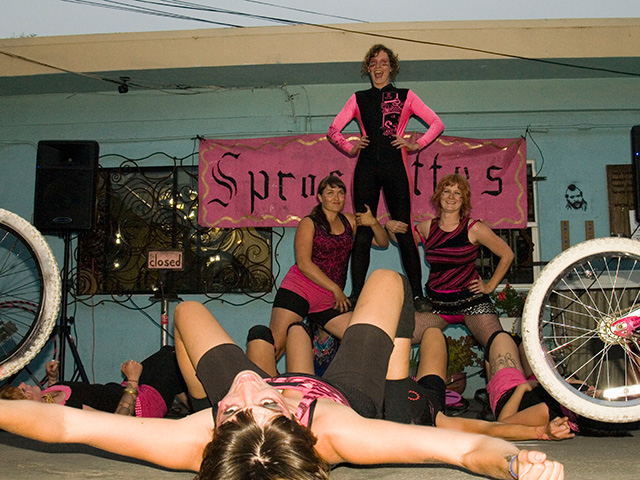 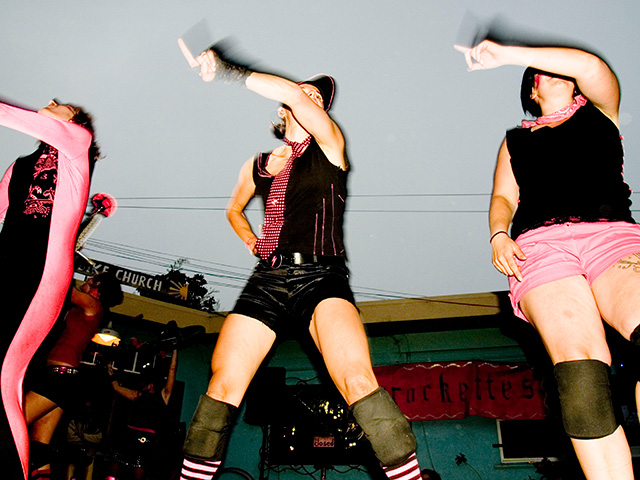 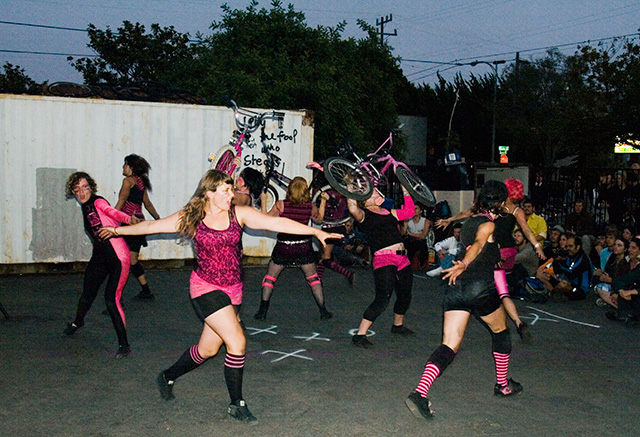 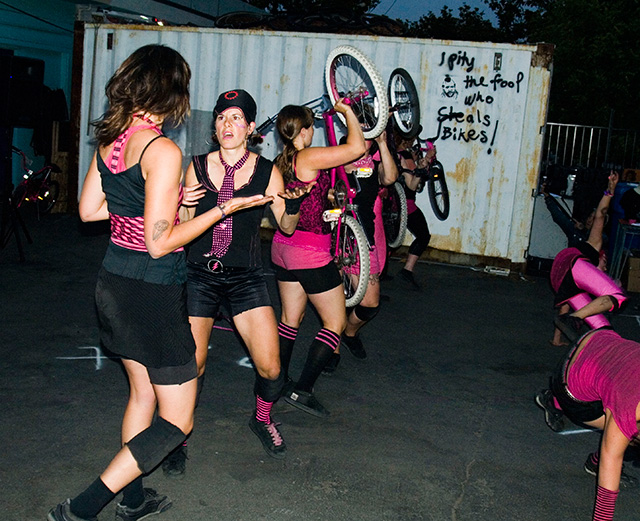 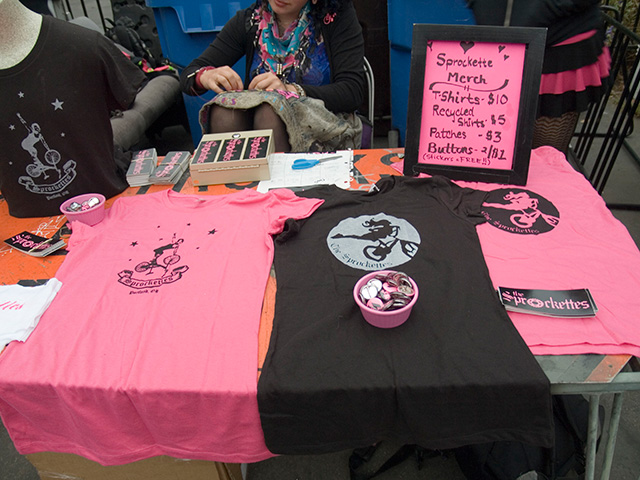 http://sprockettes.org
Add Your Comments
Latest Comments
Listed below are the latest comments about this post.
These comments are submitted anonymously by website visitors.
TITLE
AUTHOR
DATE
Funny Missions
kiki
so a mission should be boring?
priceless
Cyclecide Fan
m0
Take that roller derby!
lovely...
Support Independent Media
We are 100% volunteer and depend on your participation to sustain our efforts!