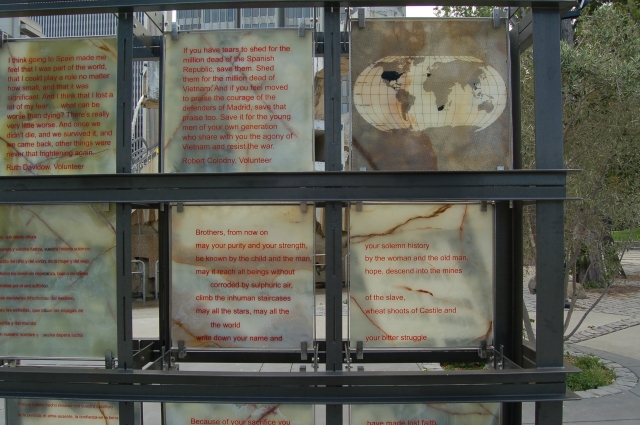 original image (3008x2000)
Today I went to take some pictures of the vandalism of the art piece dedicated to the Abraham Lincoln Brigade. The blurb that was initially posted portrayed the artwork as “Stalinist Spanish”, however, I did not feel that. I felt that it was dedicate to the people who went to Spain to fight fascism. I did not see any signs that glorified Stalin; I saw a description of a period of time, the people who lived it, and intellectuals and poets expressing their feeling.
Did the people in the ALB sabotage the Spanish Civil War? I really do not know. I have not studied that period of time closely. I do know, however, that the volunteers (in their mind) went to Europe to fight fascism. I do also know that the people who were part of the ALB (and are still alive today) do not endorse and understand the problematic aspects of Stalinism. On person who I met a while ago started the Bay-Area women in Black, and have been protesting the occupation of Palestine every week.

So this is my conclusion (and I ‘aint no authority….);
Choose your battles, define your enemy, and don’t do the state’s job. There are plenty of places at the financial district that deserve to be protested against: from war profiteers to Zionists-state-terror-supporters to state agencies. This is not one of them. To divide the “movement” (and I do think that Stalinists, Maoists, trots, and Anarchists have the potential to work together) is what the state does.
Furthermore, if one has disagreements why not go and distribute leaflets describing their position? Why not graffiti the area around the artwork? What could be achieved by desecrating an artwork by people who might agree with us on many issues?

I do not pretend to have all the answers; I’m just describing my thoughts and feelings in regard to this issue. If any of the readers disagree feel free to write down your comments. 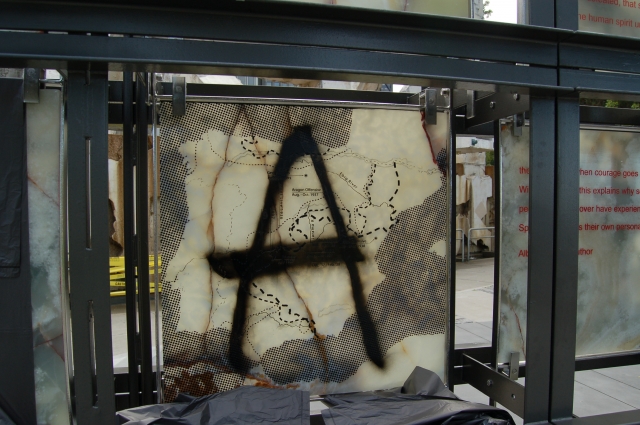 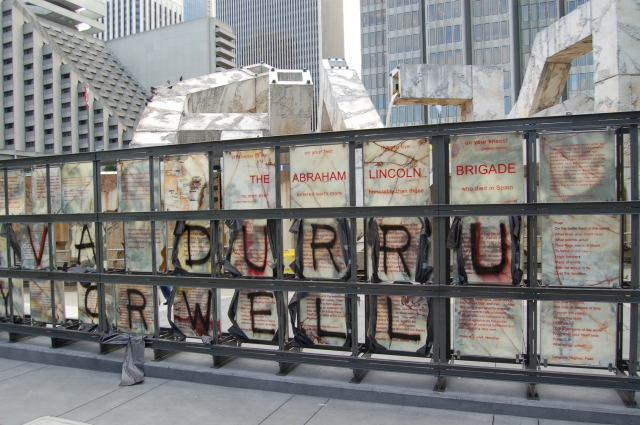 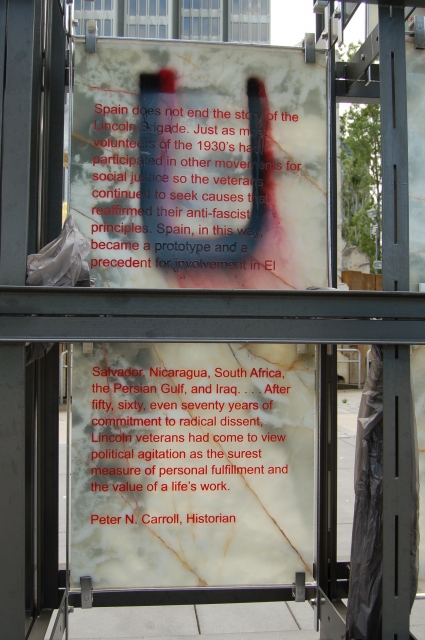 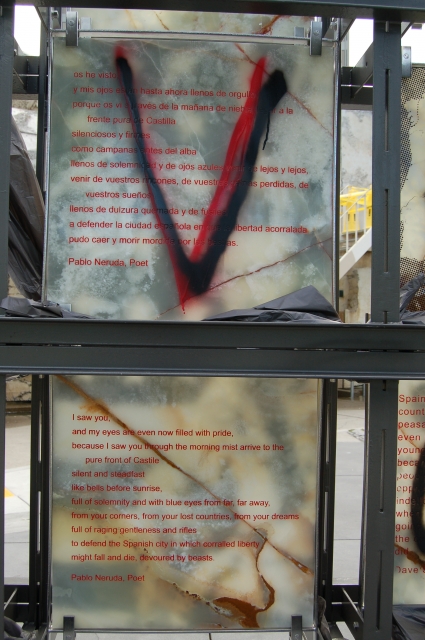 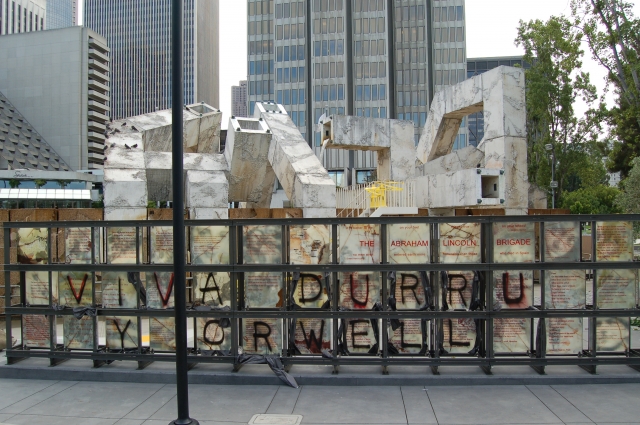 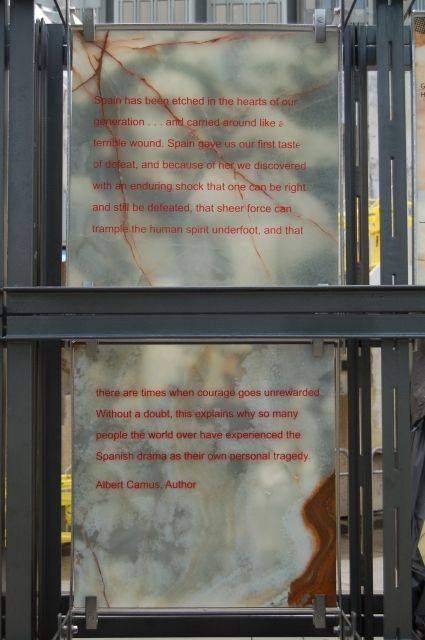 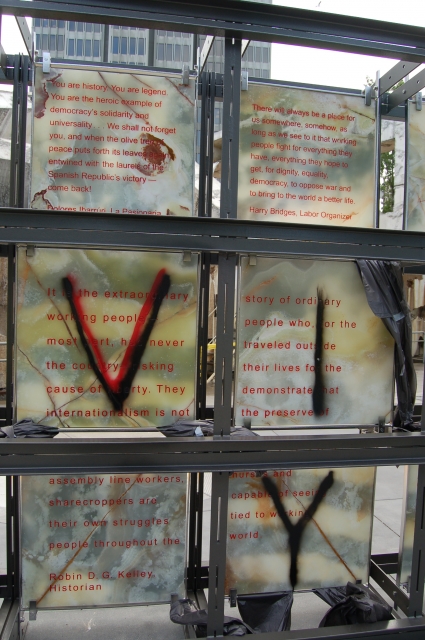 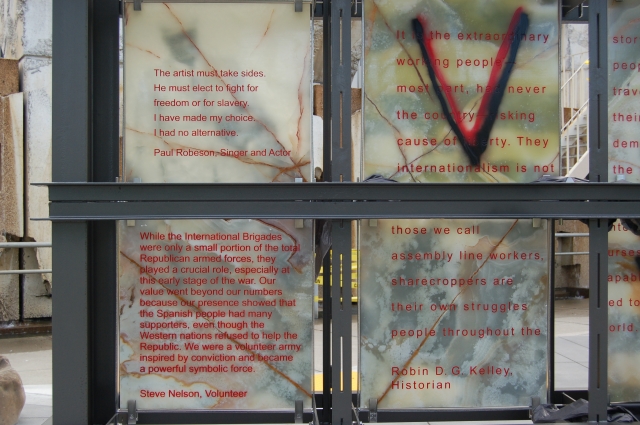 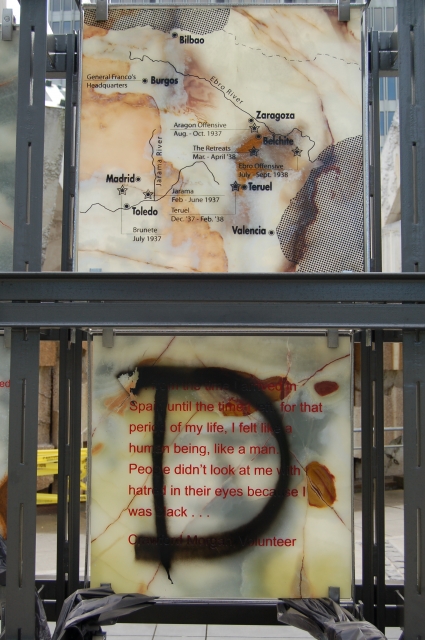 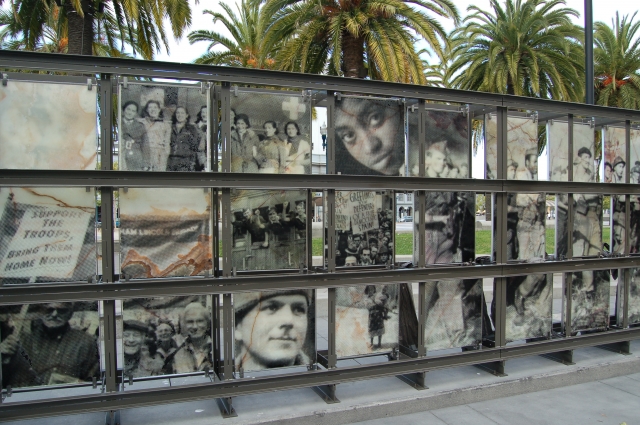 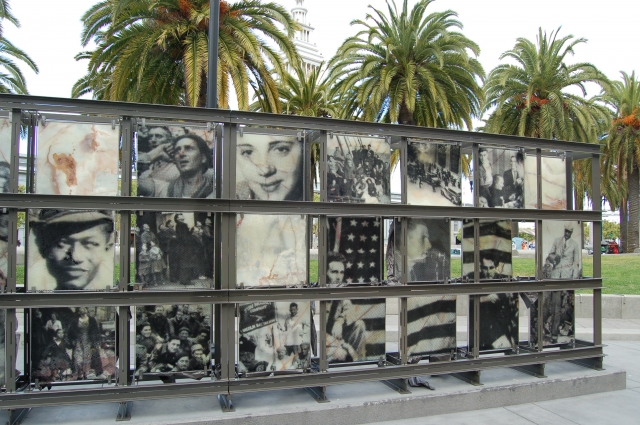 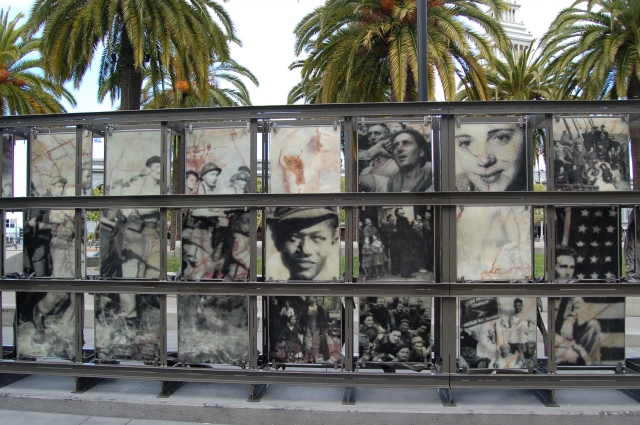