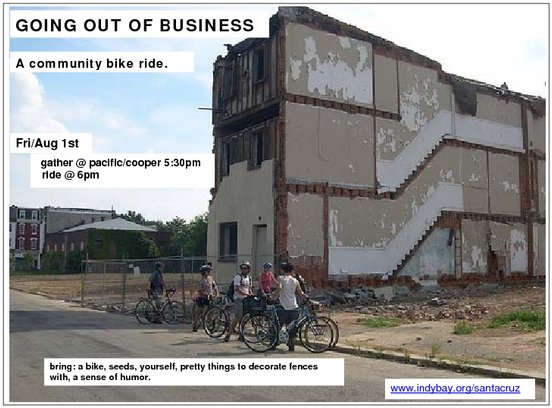 §Please bring your humanity too
by Jack Cain
Wednesday Jul 30th, 2008 9:05 PM
Your primary objective may be to celebrate a situation where your owns desires may bear fruit - at least for a season - but please be sensitive to those who have lost their life's work because of someone thousands of miles away who decided that they needed a few billion more dollars. Don't exhibit the same behavior that you scorn in "capitalists" by ignoring the plight of the humans - yes, humans - that had to put up those fences and Out-of-Business signs.
Add a Comment
§Yes - As a rich man once said...
by "I can hire one half of the working class"
Thursday Jul 31st, 2008 8:44 AM
....to kill the other half."