original image (2438x1178)
from Lotu5:
"
Monday, I canceled all my classes and went to the picket lines, joining
AFSCME in their strike. Because of the injunction, it seems like no one
besides AFSCME is respecting the picket line and the rest of the
university is working, based on the threat of being fired and not being
rehired based on the decision of the injunction. One TA told me he was
afraid to even let his section have a day off that he was planning, to
get back in line with the rest of the classes schedules, because he
thinks the administration is monitoring classes to make sure classes are
going on according to schedule.

The AFSCME workers need your support. If you can make it out to the
Gilman parking structure, that's where the main marches and rallies are
taking place. Just enter UCSD from the Via La Jolla entrance, by the
hospital, or come off the Gilman exit on the 5 and drive until you see
the green tshirts and picket signs!

On Monday, they marched around Gilman, making their presence felt in the
center of the school. We even marched down to La Jolla Village Drive at
4:30pm, letting all the people sitting in traffic know that the UC pays
poverty wages.

The strikers are out, in shifts, from 4:30am to 12:00am at night. If you
can make it out to march with them, they greatly appreciate your
support. If you can even stop by and offer your words of support. It
means a lot. I believe that at the ucsd hillcrest medical center there
are more patient care workers striking, but I haven't been there myself.
Details are here:

All week, the service workers at all UC's are on strike including
janitorial, grounds, patient care and building maintenance people. Watch
this film to learn more about why they're striking:

One UCSD employee in the video has worked there for 6 years and still
has to work a second job, working 7 days a week just to pay her rent
aand barely pay her bills. While the UC has millions to pay the
Chancellor and to pay for defense research, they don't have the money to
pay their employees a living wage? The UC manages the Lawrence Livermore
labs and Los Alamos, known for nuclear weapons development.
(http://labs.ucop.edu/)

Over 8,000 employees are on strike this week. Yet, a California court
has issued an injunction claiming that the strike is illegal because it
endangers people. What is really endangering people is the UC regent's
decision not to pay people a living wage. Read about the injunction here:

This makes is very clear where the UC's priorities are, on high paid
executives and on research for warfare, not on the employees that make
the university function.

As the students drove past the picket in their cars, they seemed unaware
of what was going on, unaware that their future rights as employees are
on the line with this strike, as the chorus of bosses saying that we
just have to buckle down for hard economic times and work more for less
money rises, these workers are bravely standing up and saying NO. With
this week's economic bailout of Freddie Mac and Fannie Mae, people are
literally running on the banks and pulling out their money. Its already
beginning to sound like the days before the uprising in Argentina in
2001, with a story I heard on the radio yesterday saying that the police
had to intervene to calm down a situation at a Freddie Mac branch in
escondido. Yet with all of the uncertainty, AFSCME service workers are
braving the threats of being fired to collectively stand up and demand
that they be paid a living wage because it is perfectly clear that the
university has millions, it just chooses to spend it on the people it
thinks are more important. The injunction itself proves how important
these workers are.
" 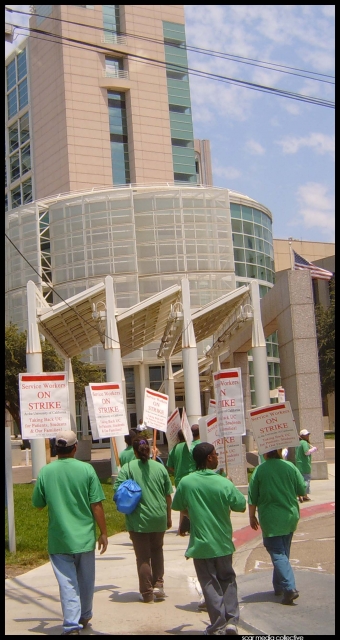 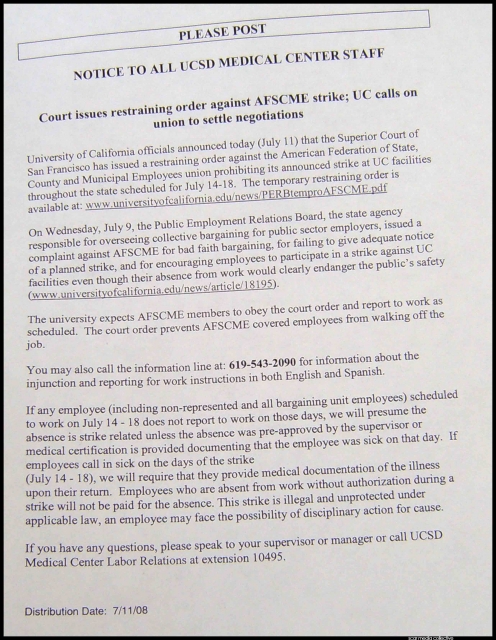 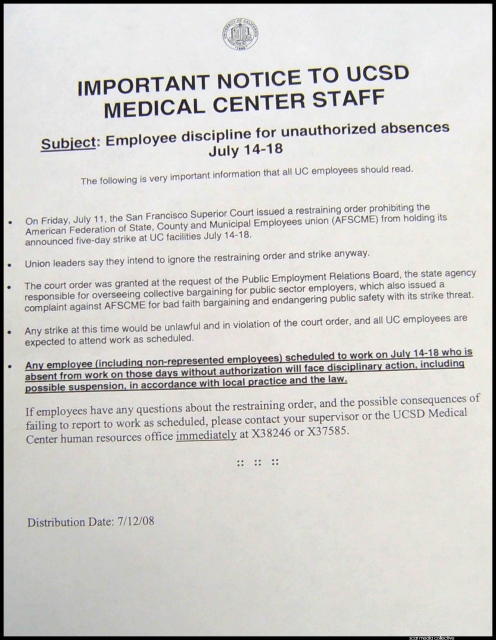 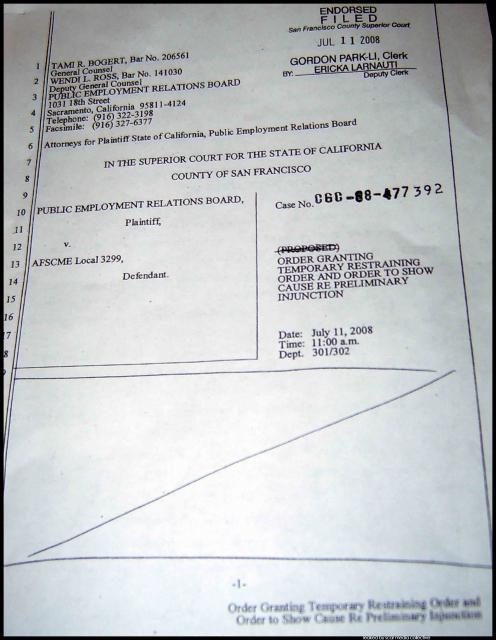 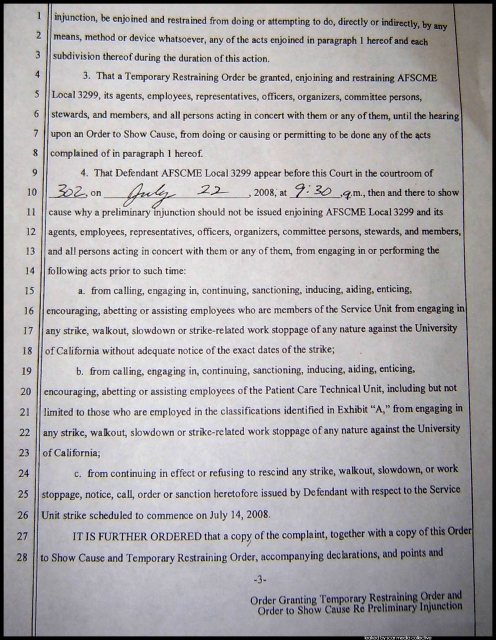 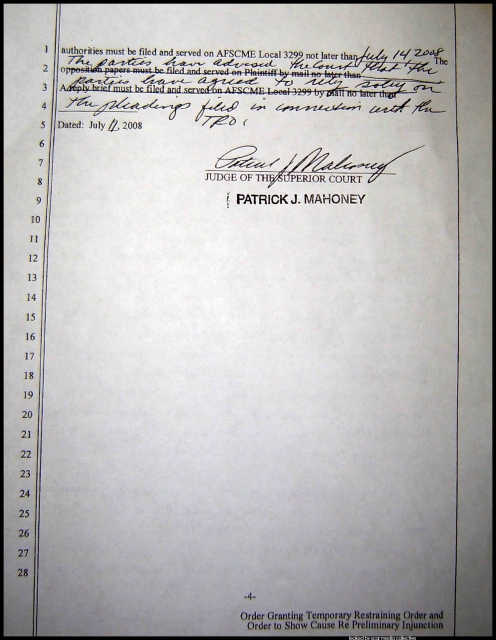 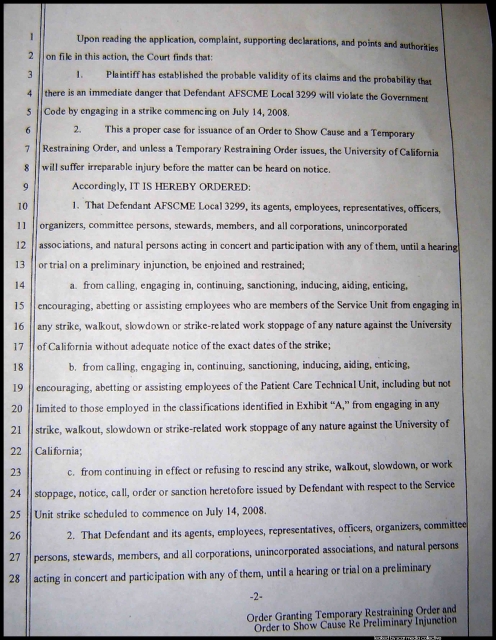 original image (2588x3338)
UC intimidation of strikers.
Add Your Comments
Support Independent Media
We are 100% volunteer and depend on your participation to sustain our efforts!