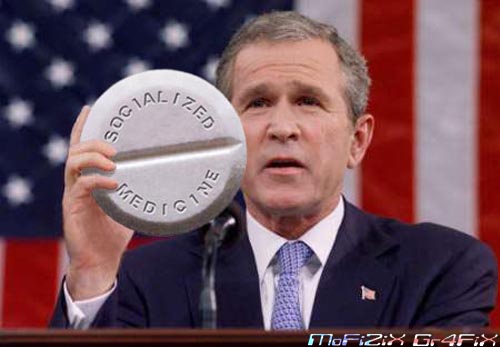 Social Services – keeping the poor in poverty since 1935

Social Services have existed in this Country since the 17th Century. They were designed from the same “Poor Laws” that were created from the very Country we fled from. Poor laws allowed social services to the destitute, but upper class citizens of each City could decide who was worthy and who wasn't.

Here in Santa Cruz we have are own county based health insurance providing healthcare for the poor, MediCruz. Although Medi-Cruz has many problems, it has to be said that it is not a requirement of the City nor the County to provide such services.

MediCruz is a County Health Service for the poor. It is designed to give healthcare to the homeless and the most poor in our community. It has been around for 20 years although budget problems have been an issue prior to 2005.

You can only apply only for Medi-Cruz if you are currently having a health crisis. In other words, you must already be sick or injured to even apply. It is designed for those without Medicare or Medi-Cal.

One of its purposes is to save money by stopping people from using the emergency room for non-emergencies. People with Medi-Cruz have a share-of-cost determined on a monthly basis using the Medi-Cal regulations. Additionally, you must re-apply for Medi-Cruz benefits every three months. Medi-Cruz also ends as soon as you are healthy. You must continue to fight for other benefits you may qualify for while using Medi-Cruz. You must prove your a resident of Santa Cruz to be eligible and you must of course be very poor. But new requirements may leave many people out all together when a ride to the hospital is so much easier, especially when your sick and without a house. While budget cuts to both County, State and Federal healthcare have been sweeping, a new hurdle now awaits those who need immediate help from Medi-Cruz.

Starting July 1, 2008 MediCruz applicants will have to show that they have filled their 2007 taxes in order to be eligible. They have 30 days from applying to prove they filed their 2007 income taxes to considered for eligibility.

This may seem like a reasonable request those that work hard and pay taxes. That is just how the people who drafted this idea hope you feel. However, Taxpayers will pay more as hospital emergency rooms become the De facto Healthcare Providers for the poor, while unpaid bills ruin the credit of the uninsured driving people deeper into poverty --the unpaid bills will be paid ultimately by the taxpayers. Additionally wait times and care at the emergency wards and hospitals will suffer greatly from the overflow. In the long haul, we will all pay.

I have a feeling few of the chronic homeless filed income taxes in 2007. Nor do I believe many made enough money to be required to file. Although many homeless do work and pay taxes, many in the depths of chronic homelessness have little to no income. Many people that use MediCruz fall into that category. Furthermore, MediCruz is the first stop for those who may have a communicable disease in Santa Cruz.

This additional layer of red tape is not designed to make poor pay their fair share. It is designed to stop a percentage of people from applying for MediCruz at all. The truth is the County is at odds with Dominican and Watsonville hospitals. Talks about reimbursement rates have all but stalled and broken down. Those of you that believe these services are a burden to your taxes realize you will pay more due to these new cuts in the future, not only in Santa Cruz, but nationwide. Healthcare for the poor is being gutted nationwide and the effects of the new cuts are already being felt.

Today July 2nd Watsonville a disabled man had his Oxygen and Nebulizer suddenly removed from his room in a nursing home, Medi-cal was no longer paying .

Medicare, Medi-cal and MediCruz and Medicaid have all been slashed this year nationwide effecting both patients doctors. The Medi-Cal budget has yet to be settled and the money is running out quickly.

Many medicines are no longer being covered by Medi-cal or Medicare prescription 'add on' or advantage plans. Reimbursement rates to doctors and pharmacies have been reduced by 10.6 percent for both Medicare and Medi-Cal. Massive changes in eligibility requirements coupled with sweeping cuts throughout all social services on a County, State and Federal level have just simultaneously come to pass.

Everyone will pay. Your children will pay. While re-designs of a failing systems could have prevented this, corporations that reap massive amounts of money from Bushes Medicare Advantage program keep well paid lobbyists busy fighting to keep things moving in their favor and senators and congressmen arguing. As always money comes before our nations humanity.

“Three weeks ago, the Senate could have followed the House and rescinded a punitive 10.6 percent cut in payments to doctors who treat Medicare patients. But Republicans, among them Florida's Mel Martinez, blocked action, preferring to protect private providers of Medicare Advantage plans.

The GOP's move came just after the Government Accountability Office reported that those plans made $1.14 billion more in profits in 2005 than projected and spent less on treating patients. On Wednesday, Republicans tried again. Fortunately, that effort failed, 69-30. (The missing voters? John McCain, Clinton and Obama)”

Despite popular belief, Social Services do not fall from trees. In order to receive a monthly check that is just enough to make sure you remain in poverty for the rest of your life, you must fight a long hard battle. You must be disabled and everyone is automatically denied the first time unless your blind or have lost a limb.

Distribution of wealth statistics are hard to quote without understanding the difference between “wealth” and “income” and the different ways statics are gathered.
The SSI and SSDI program are designed to keep you in poverty. The simple fear of loosing your medical benefits and small monthly check is enough to scare any disabled person from seeking a new job they may or may not be able to handle. No job training programs exists for the disabled through either Medicare or Medi-Cal.

Medi-cal , SSI, SSDI and Medicare all considers both wealth and income into factoring your income status. They don't not seem to understand the difference between wealth and income, or more likely, they understand it all too well. You cannot own many things, even simple things. You cannot save money over $2000.00 which by todays standards is not enough to pay first months rent and security deposit. You cannot own a car worth more than $2000.00. Things like a guitar count as assets. Yet out of pocket medical costs, like prescriptions not covered, co-pays, or even food or rent are not deductible from your income when applying or going through the yearly reviews for both SSDI, SSI, and Medi-Cal, Medicare and Medi-Cruz.

We find massive amounts of money whenever a crisis occurs, fire, floor, war. Yet healthcare is not a crisis deemed worthy for every human being.

Medicare patients are facing there own issues. Lack of access to doctors and specialists is bad enough. Trying to navigate trough the many choices of “Add on HMOs” and other insurance plans that are attached to your Medicare is more than daunting. They cost money and each plan is different. This was Bushes big fix to our Healthcare system which did nothing but make countless insurance and drug companies very rich and the system more complex, less socialized and confusing to the average person. It did save a few middle income otherwise healthy seniors a very small savings.
The debate over importation of cheaper drugs from other countries heated up during the unveiling of Bushes Medicare Advantage Bill. Politicians listed below had their pockets lined for protecting corporate coffers over human decency.

“In the year leading up to the passage of the Medicare Prescription Drug Bill, the drug company PACs, employees, and their families gave more than $3 million in political contributions to these eleven elected officials, largely credited with negotiating the bill, and also responsible for inserting the provision that specifically barred importation of cheaper drugs to begin with.

Pfizer is one of the most profitable companies in the US and produces 14 drugs that are top sellers. In 2003, it spent $3.7 million on Washington lobbying and lead the industry's effort against importation. It has threatened to blacklist any Canadian pharmacies that sell drugs to Americans.

Social Services need to be designed to not only care for the health of the most destitute, disabled , elderly and poor but but to offer solutions such as job training and other programs that offer a way out to the many disabled and poor who feel enslaved by the very programs that are supposed to serve them. Programs that are designed to keep you in poverty and dependent on services with no alternative to escape the dependency without fear of loosing everything --- will always fail in the eyes of humanity.

http://www.humanityforhomeless.blogspot.com
§Having problems with Medi-cal, Medi-Cruz or Medicare?
by Tim Rumford (thatoldbookstore [at] hotmail.com) Monday Jul 14th, 2008 4:05 PM
I am interested in hearing from others who have been denied access to medicine, healthcare or denied or lost their coverage from any of the services listed. Please email me if you have encountered such problems.
Thanks
Tim Rumford