Add an Event
Newswire
Calendar
Features
Home
Donate
From the Open-Publishing Calendar
From the Open-Publishing Newswire
Indybay Feature
Publish to Newswire
Add an Event
Related Categories: North Bay / Marin | San Francisco | U.S. | Media Activism & Independent Media | Police State & Prisons | Racial Justice
Kiilu Nyasha on Ruchell Magee
by Journalists for Mumia
Monday Jul 14th, 2008 1:22 PM
ABU-JAMAL-NEWS.COM: With our recent publication of this essay about Ruchell Magee, we are excited to introduce the author, Kiilu Nyasha, as a new featured writer at Abu-Jamal-News.com. Nyasha was a Black Panther and has been part of the international struggle for nearly 40 years. She is currently host of a weekly TV program, "Freedom Is A Constant Struggle," on SF Live (Cable 76), a columnist for the SF BayView newspaper and a member of the SF8 Committee. 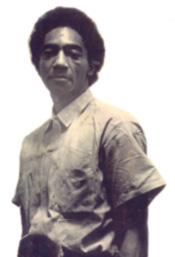 With our recent publication of this essay about Ruchell Magee, we are excited to introduce the author, Kiilu Nyasha, as a new featured writer at Abu-Jamal-News.com. Nyasha was a Black Panther and has been part of the international struggle for nearly 40 years. She is currently host of a weekly TV program, "Freedom Is A Constant Struggle," on SF Live (Cable 76), a columnist for the SF BayView newspaper and a member of the SF8 Committee.

Please stay tuned for the new Journalists for Mumia archive of Nyasha's work. Also, be sure to check out her new My Space page. Nyasha is featured with Yuri Kochiyama in a new film called Freedom Fighters, and she also appeared on a 2007 television program about the SF 8. Her new essay Black August 2008 is featured at BlackCommentator.com. Nyasha's program on SF Live (Cable 76) can be viewed live at 7:30 pm (Pacific Time) in SF, or online at www.accessf.org. Online viewing is only available if viewed live, however, Nyasha's new My Space page should have archival footage available soon. Also, Journalists for Mumia has just completed a two hour interview with Nyasha, where we discuss a range of topics including the BPP, elections, media, war, and much more. This audio will be released on our website soon.

This essay is featured in the new issue of Abu-Jamal News, a newspaper published by Journalists for Mumia Abu-Jamal. This essay is particularly important, because Ruchell Magee will have a parole hearing on July 24, and urgently needs our support. Read here for more information.

“Slavery 400 years ago, slavery today, it’s the same but with a new name”.-- Ruchell Cinque Magee

I first met Ruchell Cinque Magee in the holding cell of the Marin County courthouse in the Summer of 1971. I found him to be soft-spoken, warm and a gentleman in typically Southern tradition. We’ve been in correspondence pretty much ever since.

I had just returned to California from New Haven, Connecticut, where I had worked as an organizer and a member of the legal defense team of three Black Panthers, including Party Chairman Bobby Seale, on trial for murder and conspiracy. The second trial resulted in a true people’s victory, May 24, 1971. We had kept the New Haven courtroom jam-packed throughout the joint trial of Seale and Ericka Huggins that resulted in a hung jury. But the obviously racist judge had to dismiss it due to the enormous publicity and state expense incurred due to huge crowds and tight security.

In my correspondence with George Jackson, author of the bestseller, Soledad Brother: The Prison Letters of George Jackson, he had advised me to seek a press card in order to visit him at San Quentin. In so doing, I wound up working for The Sun Reporter, a local Black newspaper (byline Pat Gallyot), and covering the pretrial hearings of Angela Davis and Magee.

Already familiar with courtroom injustice, racism and bias against Black defendants witnessed in two capital trials, it didn’t come as a surprise that Ruchell was getting a raw deal in the Marin Courtroom where he was frequently removed for outbursts of sheer frustration.

By 1971, Ruchell was an astute jailhouse lawyer. He was responsible for the release and protection of a myriad of prisoners benefiting from his extensive knowledge of law, which he used to prepare writs, appeals and lawsuits for himself and many others behind walls.

Now Ruchell was fighting for all he was worth for the right to represent himself against charges of murder, conspiracy to murder, kidnap, and conspiracy to aid the escape of state prisoners.

Although critically wounded on August 7, 1970, Magee was the sole survivor among the four brave Black men who conducted the courthouse slave rebellion, leaving him to be charged with everything they could throw at him.

“All right gentlemen, hold it right there.we’re taking over!” Armed to the teeth, Jonathan Jackson, 17, George’s, younger brother, had raided the Marin Courtroom and tossed guns to prisoners William Christmas and James McClain, who in turn invited Ruchell to join them. Ru seized the hour spontaneously as they attempted to escape by taking a judge, assistant district attorney and three jurors as hostages in that audacious move to expose to the public the brutally racist prison conditions and free the Soledad Brothers (John Clutchette, Fleeta Drumgo, and George Jackson).

McClain was on trial for assaulting a guard in the wake of Black prisoner Fred Billingsley’s murder by prison officials in San Quentin in February, 1970. With only four months before a parole hearing, Magee had appeared in the courtroom to testify for McClain.

The four revolutionaries successfully commandeered the group to the waiting van and were about to pull out of the parking lot when Marin County Police and San Quentin guards opened fire. When the shooting stopped, Judge Harold Haley, Jackson, Christmas, and McClain lay dead; Magee was unconscious (See photo)and seriously wounded as was the prosecutor. A juror suffered a minor injury.

In a chain of events leading to August 7, on January 13, 1970, a month before the Billingsley slaughter, a tower guard at Soledad State Prison had shot and killed three Black captives on the yard, leaving them unattended to bleed to death: Cleveland Edwards, “Sweet Jugs” Miller, and the venerable revolutionary leader, W. L. Nolen, all active resisters in the Black Liberation Movement behind the walls. Others included George Jackson, Jeffrey Gauldin (Khatari), Hugo L.A. Pinell (Yogi Bear), Steve Simmons (Kumasi), Howard Tole, and the late Warren Wells.

After the common verdict of “justifiable homicide” was returned and the killer guard exonerated at Soledad, another white-racist guard was beaten and thrown from a tier to his death. Three prisoners, Fleeta Drumgo, John Clutchette, and Jackson were charged with his murder precipitating the case of The Soledad Brothers and a campaign to free them led by college professor and avowed Communist, Angela Davis, and Jonathan Jackson.

Magee had already spent at least seven years studying law and deluging the courts with petitions and lawsuits to contest his own illegal conviction in two fraudulent trials. As he put it, the judicial system “used fraud to hide fraud” in his second case after the first conviction was overturned on an appeal based on a falsified transcript. His strategy, therefore, centered on proving that he was a slave, denied his constitutional rights and held involuntarily. Therefore, he had the legal right to escape slavery as established in the case of the African slave, Cinque, who had escaped the slave ship, Armistad, and won freedom in a Connecticut trial. Thus, Magee had to first prove he’d been illegally and unjustly incarcerated for over seven years. He also wanted the case moved to the Federal Courts and the right to represent himself.

Moreover, Magee wanted to conduct a trial that would bring to light the racist and brutal oppression of Black prisoners throughout the State. “My fight is to expose the entire system, judicial and prison system, a system of slavery.. This will cause benefit not just to myself but to all those who at this time are being criminally oppressed or enslaved by this system.”

On the other hand, Angela Davis, his co-defendant, charged with buying the guns used in the raid, conspiracy, etc., was innocent of any wrongdoing because the gun purchases were perfectly legal and she was not part of the original plan. Davis’ lawyers wanted an expedient trial to prove her innocence on trumped up charges. This conflict in strategy resulted in the trials being separated. Davis was acquitted of all charges and released in June of 1972.

Ruchell fought on alone, losing much of the support attending the Davis trial. After dismissing five attorneys and five judges, he won the right to defend himself. The murder charges had been dropped, and Magee faced two kidnap charges. He was ultimately convicted of PC 207, simple kidnap, but the more serious charge of PC 209, kidnap for purposes of extortion, resulted in a disputed verdict. According to one of the juror’s sworn affidavit, the jury voted for acquittal on the PC 209 and Magee continues to this day to challenge the denial and cover-up of that acquittal.

Ruchell is currently on the mainline of Corcoran State Prison doing his 46th year locked up in California gulags - many of those years spent in solitary confinement under tortuous conditions! In spite of having committed no physical assaults or murders. Is that not political?