Lawsuit Filed Against The Rescue Mission 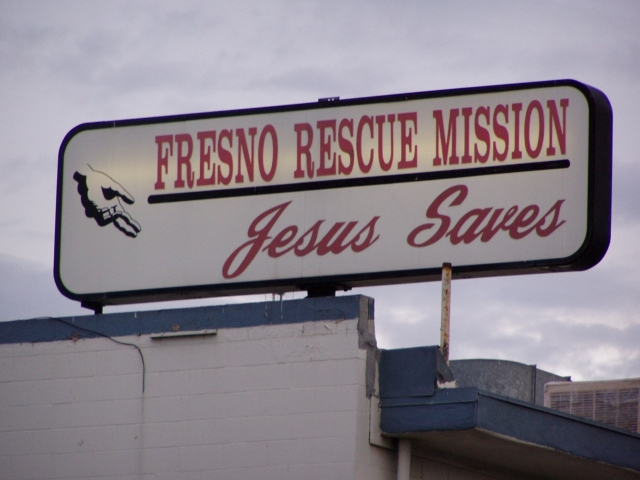 Attorneys for six homeless people have filed a new lawsuit in Fresno County Superior Court alleging that the Rescue Mission (a homeless shelter in downtown Fresno) has taken and destroyed personal belongings that are critical to their survival, such as clothing, medication, tents and blankets, as well as irreplaceable personal possessions, such as family photographs, identification, personal records and documents.

In the class action lawsuit that was just settled (see the story on pages 3 & 4), homeless people were given $2.3 by the City of Fresno and Caltrans. The city and Caltrans admitted taking and destroying homeless peoples property and agreed to settle the case before it went to trial. This was the largest settlement of its kind in the United States.

For the last several years Larry Arce, the CEO of the Rescue Mission, has directed his staff to take and destroy homeless peoples property. In October 2006, when he was called as a witness in the federal lawsuit, he said “we clean the street in front of the Rescue Mission every day and throw everything away that is left behind.” When asked if they would throw someone’s property away if they had left it in a cart in front of the mission while they got a warm meal, he said “if someone leaves their property in front of the Fresno Rescue Mission, they have no sense.” Arce said they have thrown many shopping carts full of homeless peoples possessions away over the last several years.

On October 26, 2006 I witnessed one of the Rescue Mission’s sweeps on Caltrans land near California and G street. The “clean up” crew called themselves “Disciples” and said they were directed to clear out the homeless encampment. They loaded tents, mattresses, and other property of the homeless into a dumpster and drove it back to the Rescue Mission in a fork lift.

The following is taken directly from the complaint filed in Superior Court:

During the winter of 2006, plaintiffs LORI BAILEY and her husband, WILLIAM
BAILEY, were living “on the Hill”, an area of land across the street from the RESCUE MISSION and adjacent to an off-ramp to the Golden State Freeway, where they had been living for about two years.

Their home consisted of approximately 15 blankets, and sleeping bags laid out on
the ground as their bed, numerous suitcases of clothing, backpacks containing various items including, but not limited to, jewelry, LORI BAILEY’s birth certificate and other documents, WILLIAM BAILEY’S heart and blood pressure medicine , his Paxil, and family pictures. They also had foodstuff items at their home.

The BAILEYS went to the Povorello House to seek medical treatment from a doctor, and while they were there, someone came up to them and told them that someone was throwing their belongings away.


The BAILEYS immediately left the Povorello House to go home, and upon arrival
there, discovered that all of their belongings were gone.

Witnesses told the BAILEYS that agents of the RESCUE MISSION, commonly
known as the “Disciples”, were the people responsible for taking all of their belongings.

WILLIAM BAILEY then went to the RESCUE MISSION to talk to ARCE,
regarding the “Disciples”’ actions.

During his conversation with ARCE, ARCE admitted that his personnel had taken
the BAILEY’S property, and stated that the reason that the property was taken was because the Fresno Police Department told him to do it, and that he sent “a few guys over there to clean it up because” they (the police department) “asked me to.”

During his conversation with ARCE, WILLIAM BAILEY started to experience
chest pains due to his heart condition. Unfortunately, his heart medication was one of the items that the “Disciples” had taken and thrown away.

Due to the way he was feeling and the fact that he did not have any medication,
WILLIAM BAILEY ended his conversation with ARCE and left the RESCUE MISSION.

ARCE admitted to her that he “sent a few guys over there to clean it up.” He also
said that he did this because “the Fresno Police Department asked me to.”

LORI BAILEY then met a few “Disciples” at the dumpster, but she was only able
to retrieve 3 blankets and a sleeping bag out of all of the BAILEYS’ belongings and possessions, that had been taken. She was only allowed five minutes to retrieve the belongings.

During her two years living on the Hill, LORI BAILEY saw the “Disciples” take
other peoples’ personal property and belongings that were on the sidewalk along G Street near where the RESCUE MISSION is located. The “Disciples” would remove people’s belongings from the sidewalk if the belongings were left there before 3:00 p.m. in the afternoon.

At this time, William Bailey is working but he is having difficulty in processing
his payroll paperwork since his drivers’ license and/or social security card are required therefor, but they were included in the items that the “Disciples” threw away.

In a Public Records Act request I made to the City of Fresno, they denied giving Arce and the Rescue Mission authority to take and destroy homeless peoples property. I contacted Larry Arce for a comment on this article, but he did not get back to me. 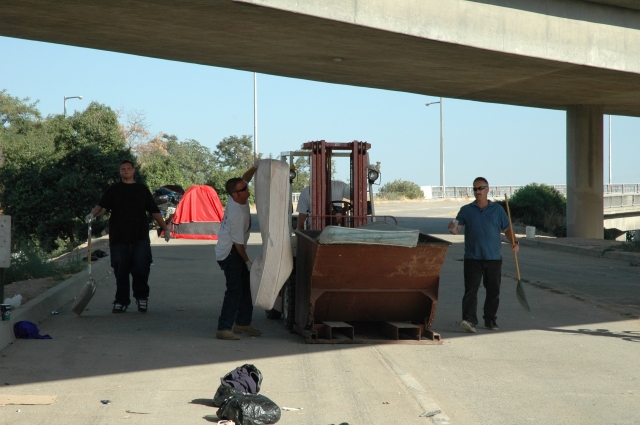 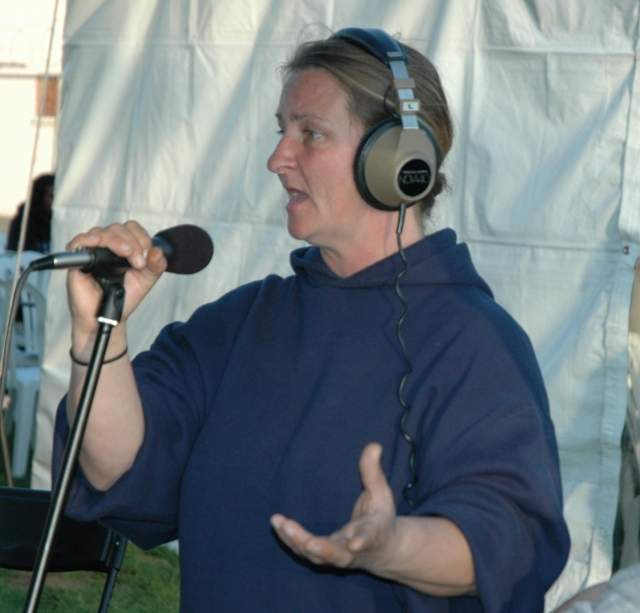 original image (1762x1690)
Lori Bailey spoke on the nationwide radio broadcast of the Homelessness Marathon.
END_OF_DOCUMENT_TOKEN_TO_BE_REPLACED
Add Your Comments
Latest Comments
Listed below are the latest comments about this post.
These comments are submitted anonymously by website visitors.
TITLE
AUTHOR
DATE
thou shalt not steal
ny
Support Independent Media
We are 100% volunteer and depend on your participation to sustain our efforts!