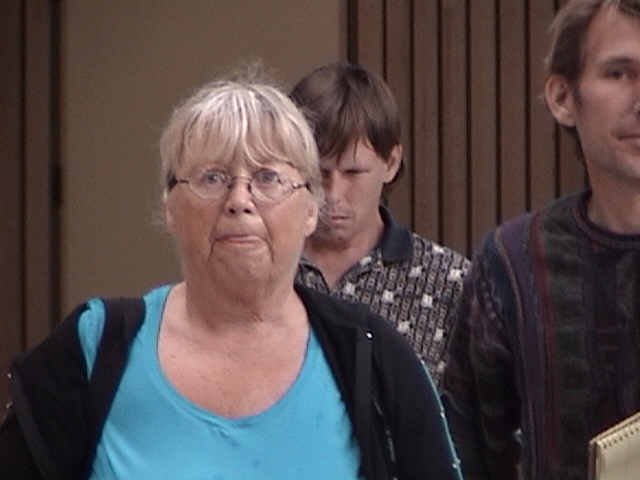 Santa Cruz, Ca. --- HUFF member and vehicular dweller, Donna Deiss, who had her right humerus bone fractured by Officer Christian LeMoss on May 9th, 2008 at the Three Trees parking lot on W. Cliff Dr. has had all charges but one dropped. She now faces a single charge of 148 (a) PC or resisting arrest. Misdemeanor charges of battery on a police officer and possession of marijuana have been dropped without explanation. Deiss is still scheduled for arraignment on July 2nd at 8:30AM on the lone remaining charge of 'resisting arrest.' "I plan to plead 'Not Guilty' and seek a jury trial," she told HUFF members.

The Santa Cruz Police Department had issued a press release three days after the incident in which they claimed "When the officer attempted to detain Ms. Deiss she threw a cup of hot liquid onto his face. Despite being burned, the officer was able to control and eventually take Ms. Deiss into custody ." Deiss claims the officer never properly detained her, was not in uniform, did not identify himself as a police officer, and had no reason to detain her, much less grab her violently, spin her onto a parked car, cuff her, then throw her on the ground breaking her arm. The cup of coffee she had been holding in her left hand spilled everywhere including on Ms. Deiss. No marijuana was found on Ms. Deiss at the time of her arrest. 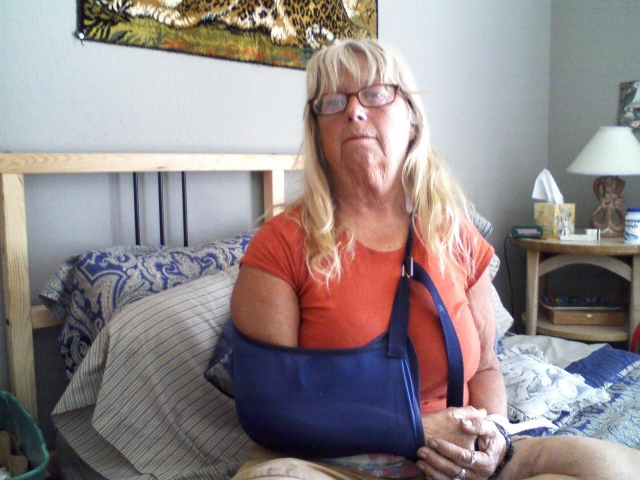 original image (1280x960)
Donna Deiss gives an accounting of her experiences.
http://www.huffsantacruz.org
Add Your Comments
LATEST COMMENTS ABOUT THIS ARTICLE
Listed below are the latest comments about this post.
These comments are submitted anonymously by website visitors.