On June 21, local activists in the Castro district united, in an outdoor public awards ceremony to "honor" greedy landlord speculators most responsible for the gentrification and destruction of San Francisco's communities. The event took place at Harvey Milk Plaza at Castro and Market in San Francisco, and the activists called on people to stand up against gentrification by landlord speculators who are destroying our neighborhoods and communities.
The event ended with people dancing, with music provided by the Brass Liberation Orchestra. 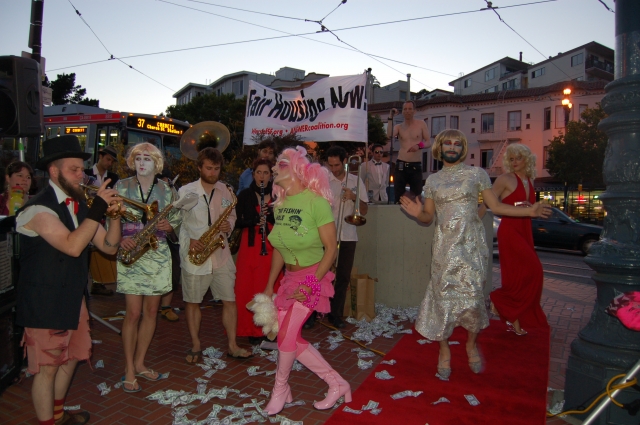 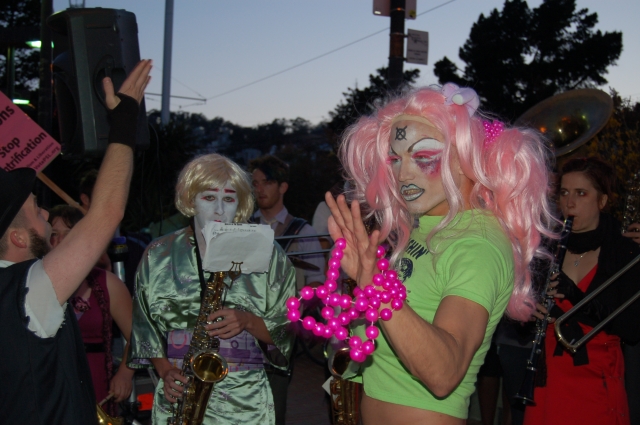 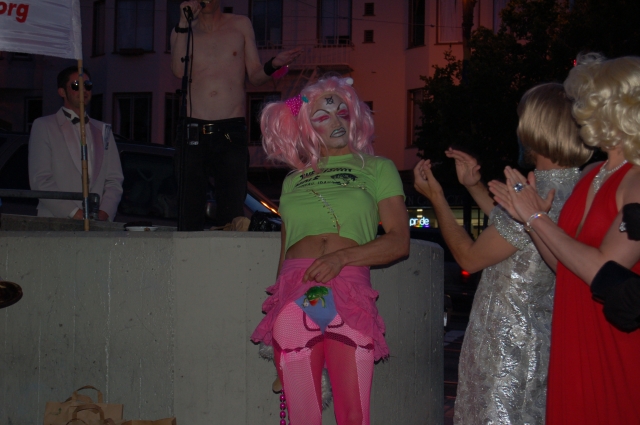 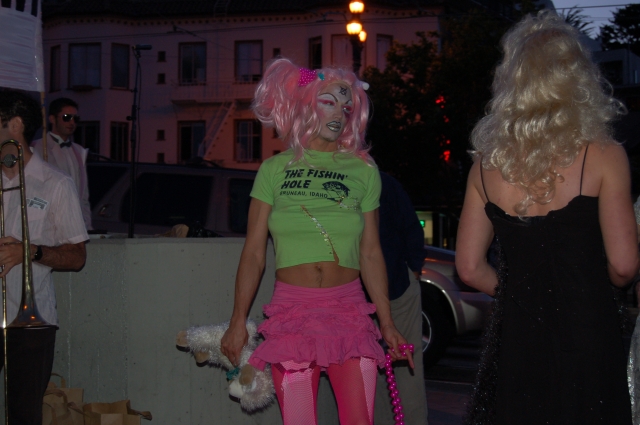 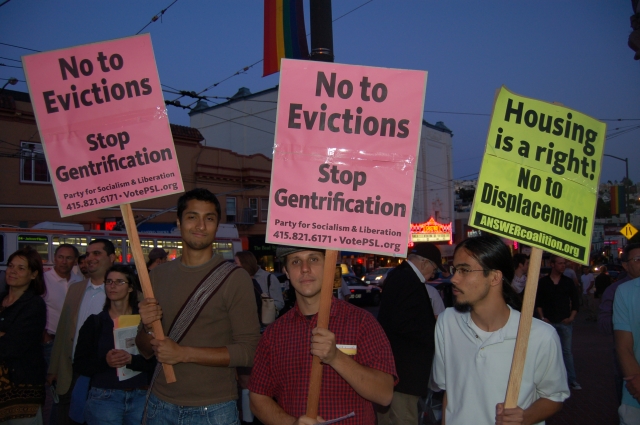 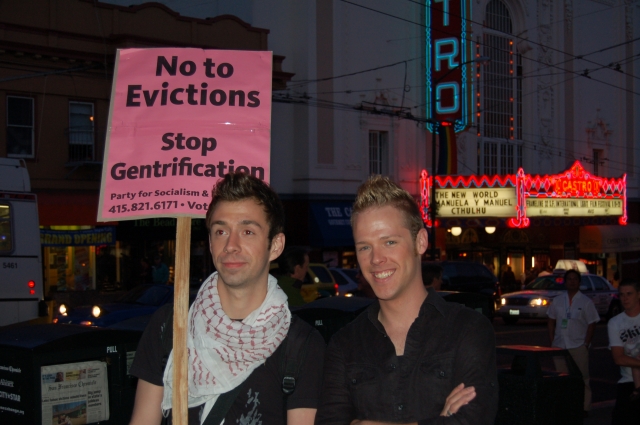 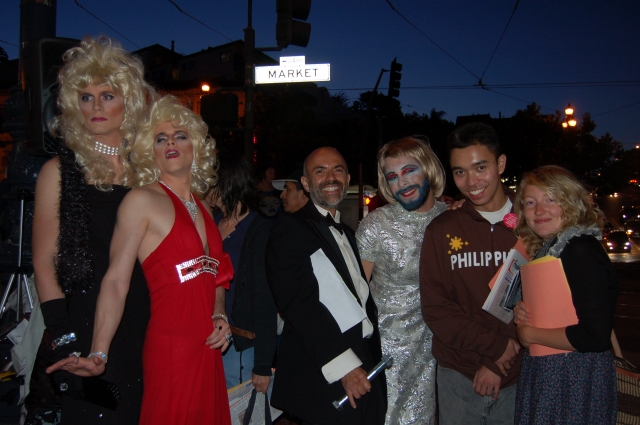 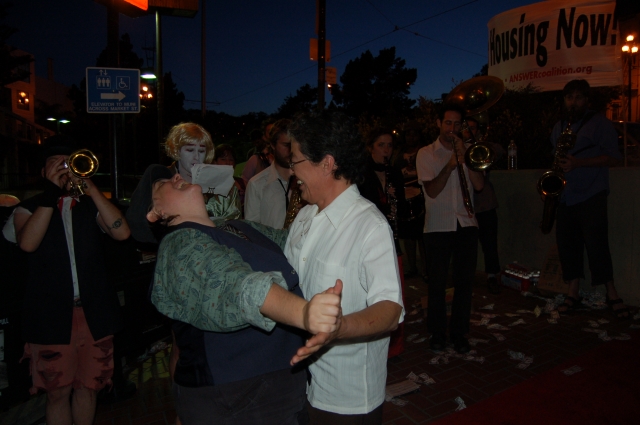 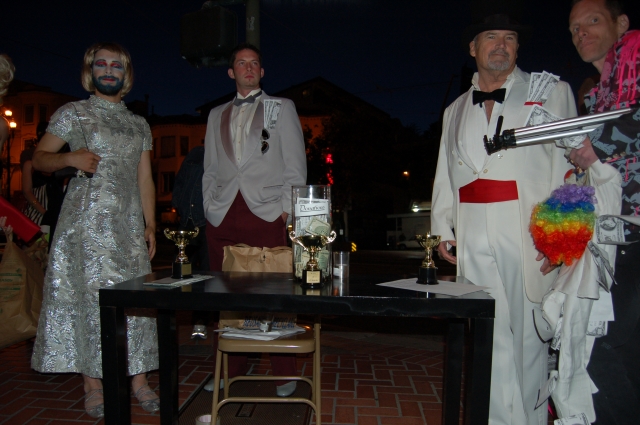 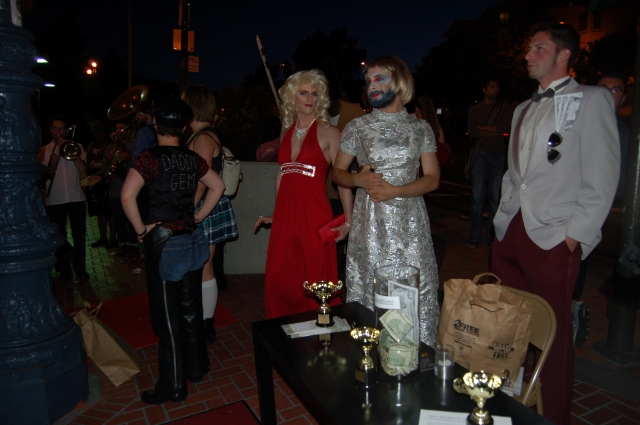 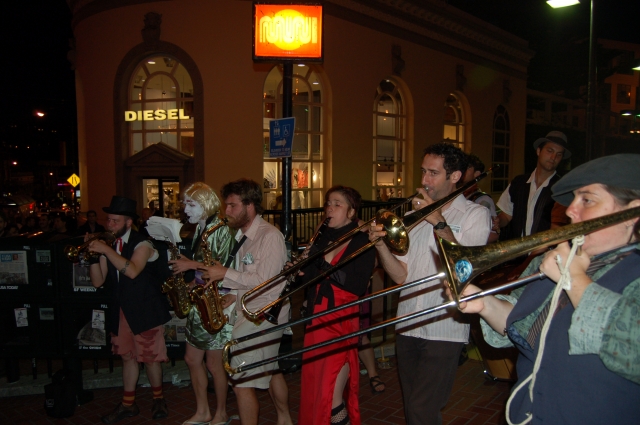