During summer break, the UCSC tree-sit is on high-alert with expectations of a possible attack. In Berkeley this week, police, professional tree climbers, and cherry pickers were used to cut climb and supply lines. Similar techniques could be used here in Santa Cruz to remove protesters who've been in the trees since November.

Historically, UCSC has always cut trees and broken ground on controversial projects during summer and winter breaks. While students are off campus, the administration understands that resistance to their expansion plans will be minimized.

This pattern played out in Berkeley with an attack on Oak Grove tree-sitters comign a day after many graduation ceremonies. In Berkeley, tree-sitters protect a grove of oak trees at the site of a planned athletic facility. Rather than waiting for the courts, UCB police moved in cutting lines and supports a day before a court decision on a long-standing lawsuit.

Here at UCSC, tree-sitters are perched high above the ground in redwood trees at the site of a planned Biomedical facility. Now in it's eighth month, the protest opposes UC expansion plans to develop 120 acres of upper campus forest and add 4500 new students.

Supported by students, faculty, staff, and the Santa Cruz community, the tree-sit stands in direct opposition to UC plans to develop the campus and dramatically increase enrollment. Earlier this year, UCSC lost a suit to restrict supporters from bringing food and supplies to the tree-sitters. The judge ruled that the university was overreaching in its attempts to restrict free speech.

The UCSC tree-sitters suggest that if you care about the upper campus forest, come support the tree-sit. 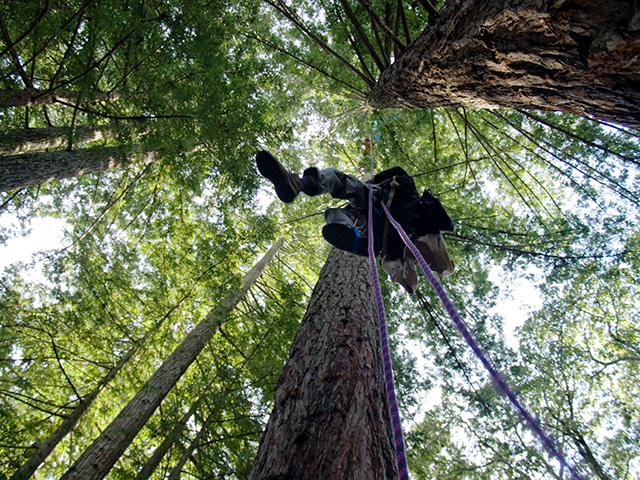 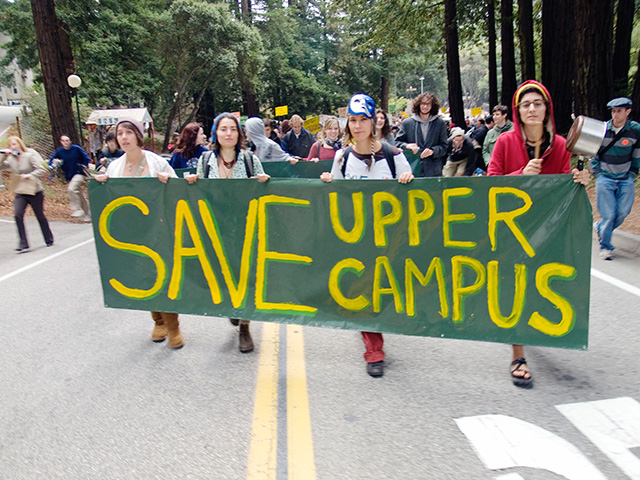 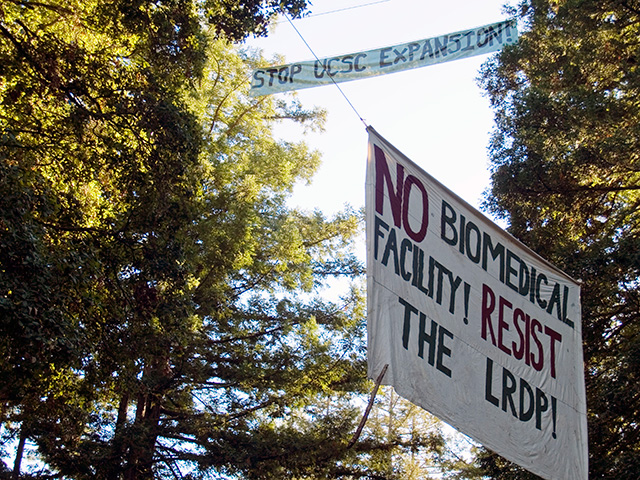 §Stop UCSC
by Ground Squirrels Thursday Jun 26th, 2008 2:41 PM
Since November 2007, the UCSC tree-sit has thwarted plans to build a planned Biomedical facility. Supported by students, faculty, staff, and the Santa Cruz community, the tree-sit stands in direct opposition to UCSC expansion plans. Historically, UCSC has begun logging during student breaks. If you care about the upper campus forest, come help the tree-sitters.

We stand to lose a lot. Destruction of 120 acres of lush upper campus forest. Addition of 4500 more students to a town that can barely support the last increase of 5000 more students. All this to expand an institution that is already devaluing its own environmental values and commitment to an undergraduate liberal arts education.

Right now, all that stands between the UC administrators and the upper campus forest is you and I.

The UCSC tree-sit needs support in the form of food, water, donations, ground support, publicity, documentation, and legal support. Contact stopucsc [at] riseup.net to see how you can help.

If you want to support the greater resistance movement to UCSC expansion, plan your own solidarity action collaborating with allies with similar passions.

We can and will win. The forest depends on it.
http://stopucsc.org
Add Your Comments
LATEST COMMENTS ABOUT THIS ARTICLE
Listed below are the latest comments about this post.
These comments are submitted anonymously by website visitors.