Newswire
Calendar
Features
Home
Donate
From the Open-Publishing Calendar
From the Open-Publishing Newswire
Indybay Feature
Publish to Newswire
Add an Event
Related Categories: U.S. | Media Activism & Independent Media
June 2nd- Monetary Crisis/Solutions Radio Show with Richard Cook and Ellen Brown, 8-10pm
by Carol Brouillet (cbrouillet [at] igc.org)
Friday May 30th, 2008 11:27 AM
On Questioning War- Organizing Resistance, the weekly radio show, hosted by Carol Brouillet, the topic will be the current monetary/financial crisis and possible solutions with authors Richard C. Cook and Ellen Brown who have been writing about the history of money, the currenct crisis and monetary reform. 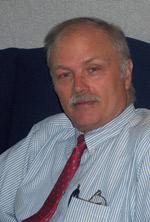 Richard Cook is a former federal government analyst who was one of the key figures in the investigation of the space shuttle Challenger disaster.

In 1985, he went to work for NASA as the lead resource analyst for the space shuttle solid rocket boosters, external tank, and Centaur upper stage. Cook’s first assignment led to his writing a memo on engineers’ concerns that flaws with the solid rocket booster O-ring seals could cause the shuttle to blow up. In 1986, after the Challenger disaster, he disrupted a NASA cover-up when he provided his memo, along with other documents on the hazards of the O-rings, to the New York Times. His disclosures paved the way for revelations by engineers from Morton Thiokol, Inc., about how they opposed the launch of Challenger the night before lift-off.

Called to testify before the Presidential Commission at an internationally televised public hearing, Cook stood his ground when his experience and competence were challenged. He continued to contribute to the investigation during interviews with Commission staff and the NASA Office of Inspector General and in meetings with Senator Ernest Hollings, who was trying to raise issues before the Senate on whether there had been White House pressure to launch Challenger.

In addition to extensive interviews with the media after the disaster, Cook published articles in the Washington Post, Washington Monthly, Space and Security News, and the Houston Post; gave a press conference with the Institute of Space and Security Studies, where he said that the Presidential Commission had been created to cover-up the role of the White House in the launch decision; and wrote a report which he submitted to the U.S. Justice Department with a request for a new investigation. In 1991, he was the recipient of the Cavallo Foundation Award for Moral Courage in Business and Government, sharing the award with Roger Boisjoly of Morton Thiokol.

Before joining NASA, Cook worked as an analyst for the U.S. Civil Service Commission, where he received extensive training in federal government operations. He then worked for the Food and Drug Administration and next served in the Jimmy Carter White House under Esther Peterson, special assistant to the president for consumer affairs. He also taught history at the Field School, a private high school in Washington, D.C.

Cook left NASA to become an analyst with the U.S. Treasury Department in 1986. There he developed and taught training courses on policy analysis and led project teams on financial policy and organizational restructuring. He authored Challenger Revealed- An Insider’s Account of How the Reagan Administration Caused the Greatest Tragedy of the Space Age in 2006. He retired from the federal government in January 2007 and works today as a writer, lecturer, and consultant. His website is richardccook.com.

Cook graduated with honors from the College of William and Mary, where he was elected to Phi Beta Kappa. He resides in College Park, Maryland.

One of his areas of interest has been the monetary system and he has written a series of articles about the current financial crisis including- Extraordinary Times, Intentional Collapse, and Takedown of the U.S.A., Has the Battle for America Begun?, and An Emergency Program of Monetary Reform for the United States.

He spoke recently on Will We See the End of the Empire in Our Time? at the Building a New World Conference". His forthcoming book is entitled- We Hold These Truths: The Hope of Monetary Reform.

Ellen Brown developed her research skills as an attorney practicing civil litigation in Los Angeles. In The Web of Debt- The Shocking Truth About Our Money System And How We Can Break Free, her latest book, she turns those skills to an analysis of the Federal Reserve and "the money trust." She shows how this private cartel has usurped the power to create money from the people themselves, and how we the people can get it back.

Brown developed an interest in the developing world and its problems while living abroad for eleven years in Kenya, Honduras, Guatemala and Nicaragua. She returned to practicing law when she was asked to join the legal team of a popular Tijuana healer with an innovative cancer therapy, who was targeted by the chemotherapy industry in the 1990s. That experience produced her book Forbidden Medicine, which traces the suppression of natural health treatments to the same corrupting influences that have captured the money system. her recent articles include: The Secret Bailout of J. P. Morgan: How Insider Trading Looted Bear Stearns and the American Taxpayer and Credit Default Swaps: Evolving Financial Meltdown and Derivative Disaster Du Jour.

We'll be looking at the current financial meltdown and possible remedies.

Carol Brouillet, the host of Questiuoning War- Organizing Resistance is a longtime activist who organized three conferences on Strategies to Transform the Global Economy and (the first) marches on her Senators and Congresswoman in January 2002 to Demand a Congressional Investigation of 9-11.

Her main website is www.communitycurrency.org and monetary reform was one of her main issues prior to 9/11. She wrote- Reinventing Money, Restoring the Earth, Reweaving the Web of Life (which has been widely reprinted) twelve years ago.

She publishes the Deception Dollars, and Co-Founded the 9-11 Truth Alliance, and the Northern California 9-11 Truth Alliance . She organized premieres of films, educational events, marches, rallies for 9-11 Truth, the San Francisco International Inquiry into 9-11, and produced the film Behind Every Terrorist- There is a Bush. She is also a mother of three boys and held a weekly Listening Project in downtown Palo Alto from October 2001 to October 2007, now she holds it once a month on the 11th, in solidarity with other 9/11 Truth activists worldwide. She ran for Congress in 2006 on the Green Party ticket on a 9-11 Truth, Peace, Impeachment platform and will be on the ballot again in 2008.

http://questioningwar-organizingresistance...
§Ellen Brown
by Carol Brouillet Friday May 30th, 2008 11:27 AM

http://questioningwar-organizingresistance...
§The Web of Debt- The Shocking Truth About Our Money System And How We Can Break Free
by Carol Brouillet Friday May 30th, 2008 11:27 AM 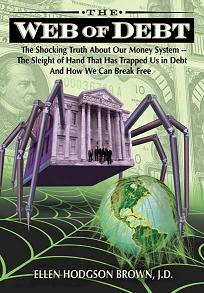